by Carlo GutierrezAugust 22, 2019
In addition to the launch of the EiriniX library, major updates to the Eirini project included security improvements and dynamic patching of the root file system.

This month’s Cloud Foundry Community Advisory Board (CAB) meeting focused on the EiriniX library and updates from the Eirini project itself. Michael Maximilien (a.k.a. Dr. Max) of IBM moderated the call and mentioned that Stratos has graduated from incubation with the support for Kubernetes being worked on. The call also featured regular updates from various members of the development teams and from the CF Foundation.

EiriniX is an extensions library for the core Eirini project. Vlad Iovanov of SUSE explained that EiriniX is a library that helps to write extensions for Eirini by providing plenty of commonly used code.

According to Vlad, EiriniX was created to expand the capabilities of the core project without having to put additional load on the Eirini team. Additionally, EiriniX provides some additional features, for instance, persistent support—the ability to mount persistent volumes in an application.

“The EiriniX library does everything for you. It sets up an HTTP server, generates certificates, and creates those certificates as secretes in Kubernetes. It also creates webhook configurations that Kubernetes needs. It sets up watchers if you need those.”
—Vlad Iovanov, SUSE 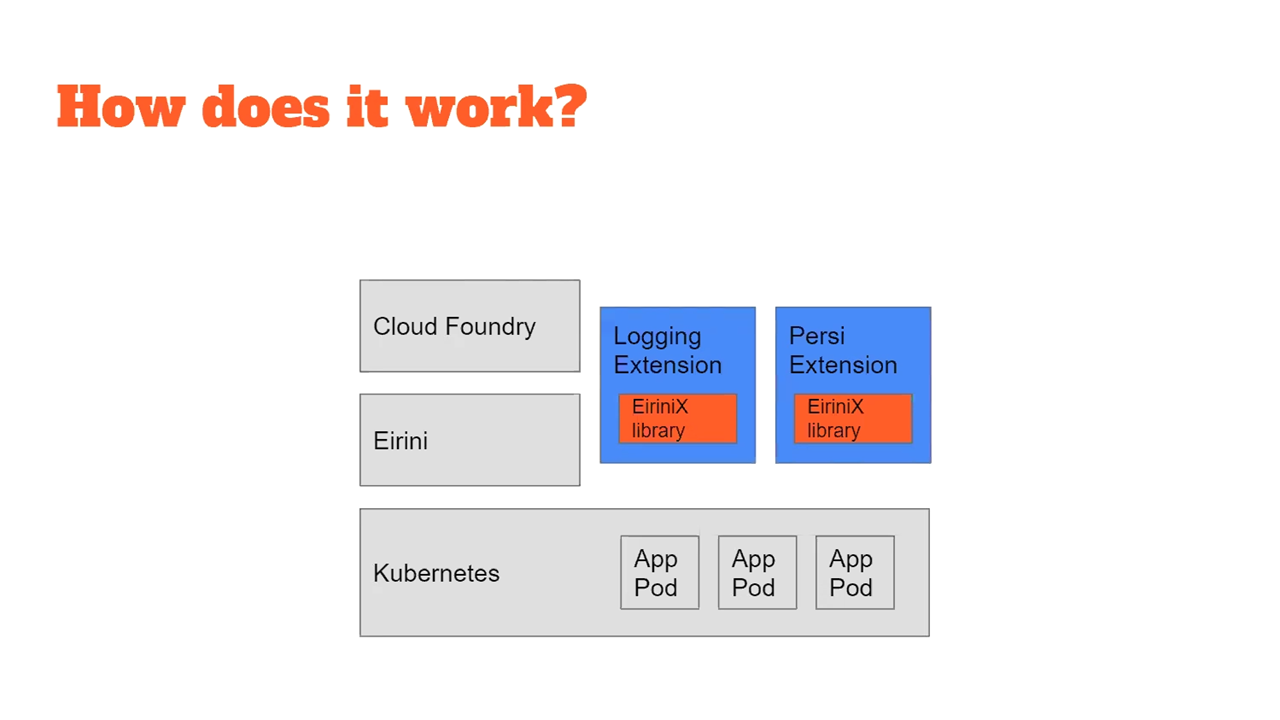 During the call, Mario Nitchev and Julian Skupnjak (a.k.a. Herr Julz) of IBM provided a recap of Eirini. They also highlighted updates to the project since the Philadelphia summit held in April. Mario noted that the idea behind Eirini is to bring the cf push user experience to Kubernetes. 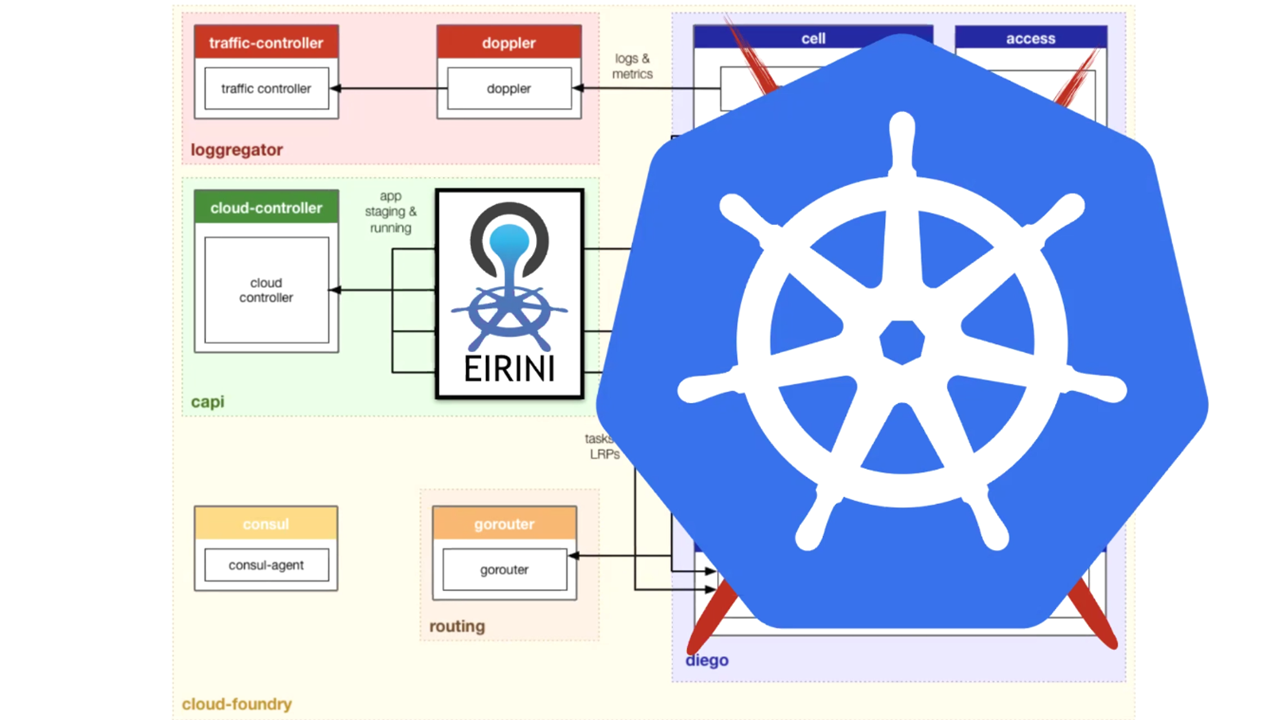 Eirini as a mapping layer between Cloud Controller and Kubernetes (Source: CAB meeting) 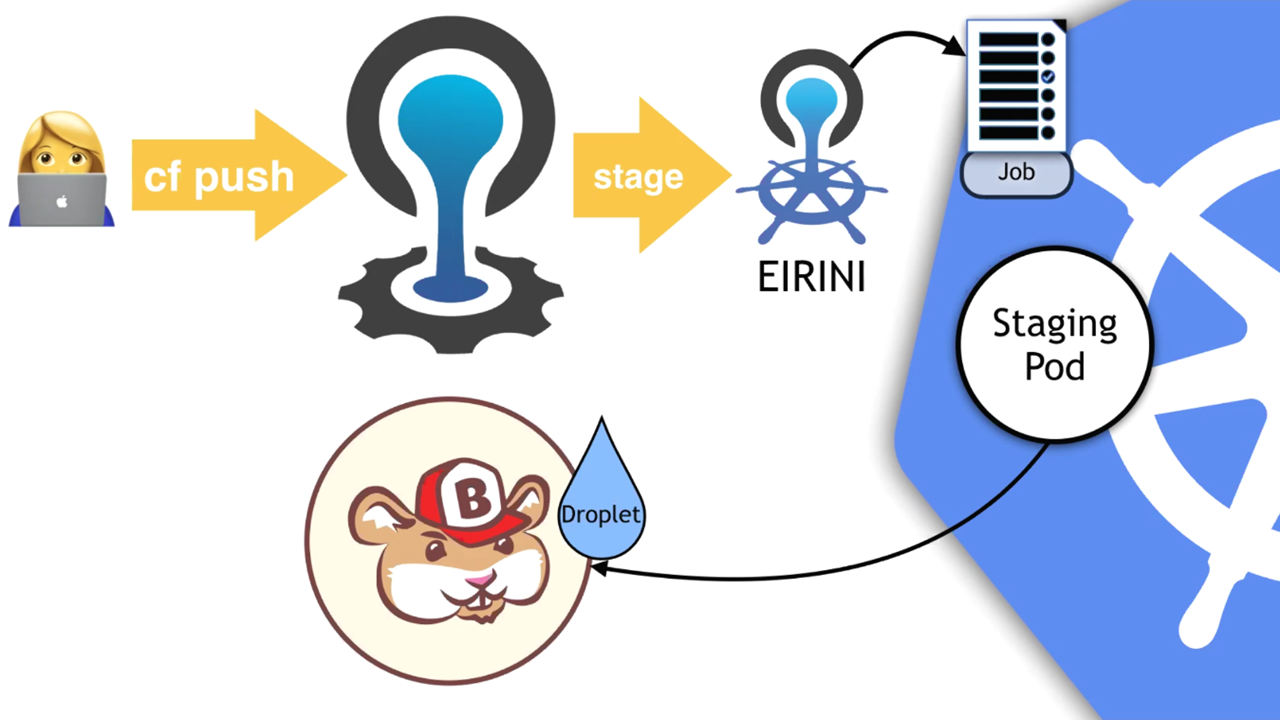 “When you do cf push, Eirini gets a staging request and uses that request to create a job in Kubernetes. This job creates a pod, which runs the staging process. The pod will produce a droplet, and when done it will put the droplet back in Cloud Controller, so Bits-Service can have access to it.” —Mario Nitchev, IBM

After the update, Julian highlighted some of the new updates for Eirini. This included protecting components that communicated with Eirini but were previously insecure. He also noted how applications in the Eirini namespace were insecure and how Kuberenetes master and the API could be directly reached. These were addressed with the security update.

Next, Julian touched on issues with secure staging. Previously, there was only one staging job, which performed the whole staging process—download, build, and upload—all in a single pod. This pod was insecure as it held all of the secrets.

“We split up staging in three different steps. Each step is done in a separate container. This way, the build step no longer has access to any secrets.” —Julian Skupnjak, IBM 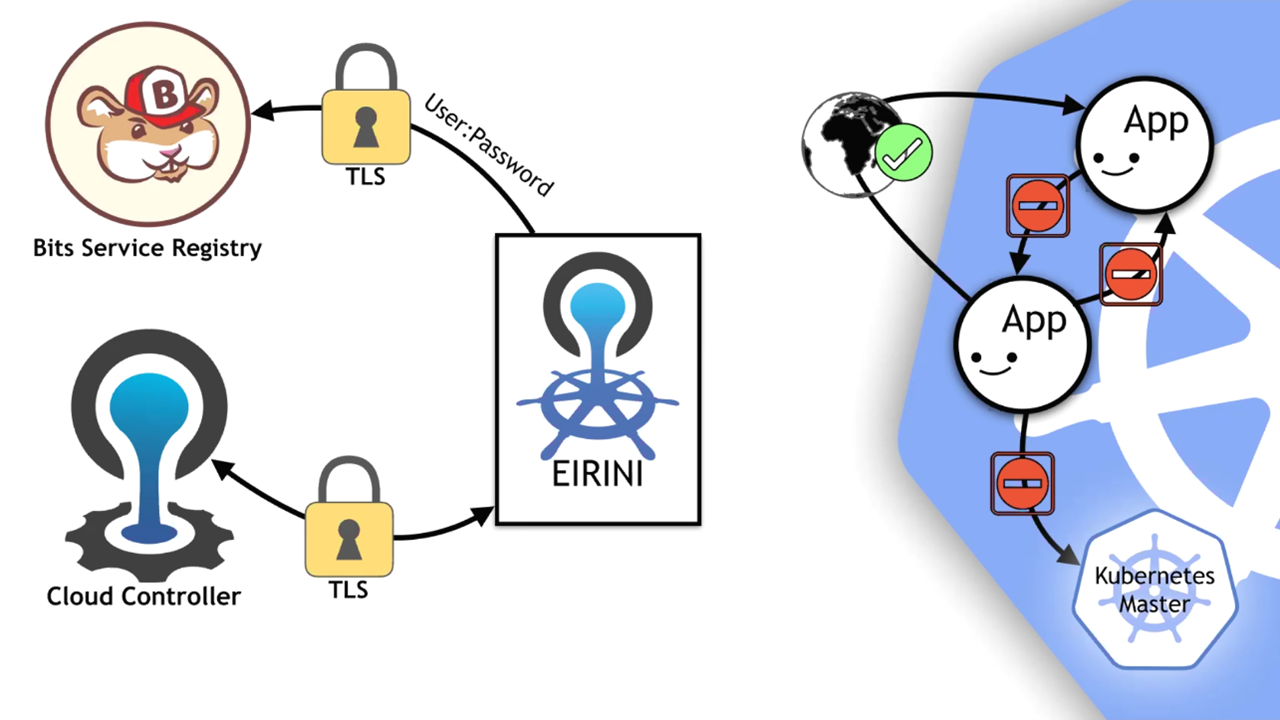 Finally, he mentioned that users can now dynamically patch the root file system.

During the call, Mario and Julian gave a live demonstration of Eirini. They also mentioned that a more in-depth dive of Eirini will happen next month during the next Cloud Foundry summit in Hague.

With only a few weeks before the Cloud Foundry Europe Summit 2019, which starts on September 11 in Hague, Swarna Podila reminded to register using the contributor code in the cf-dev mailing list. The schedule is already live and attendees can start filling up their agendas. The event will also have the following presummit activities:

The next CAB call will occur during the summit. The specific time and date will be announced in Cloud Foundry’s CAB Slack channel.

The post was written by Carlo Gutierrez, edited by Sophia Turol and Alex Khizhniak.

Cloud Foundry Advisory Board Meeting, July 2019: Stratos for K8s
Next