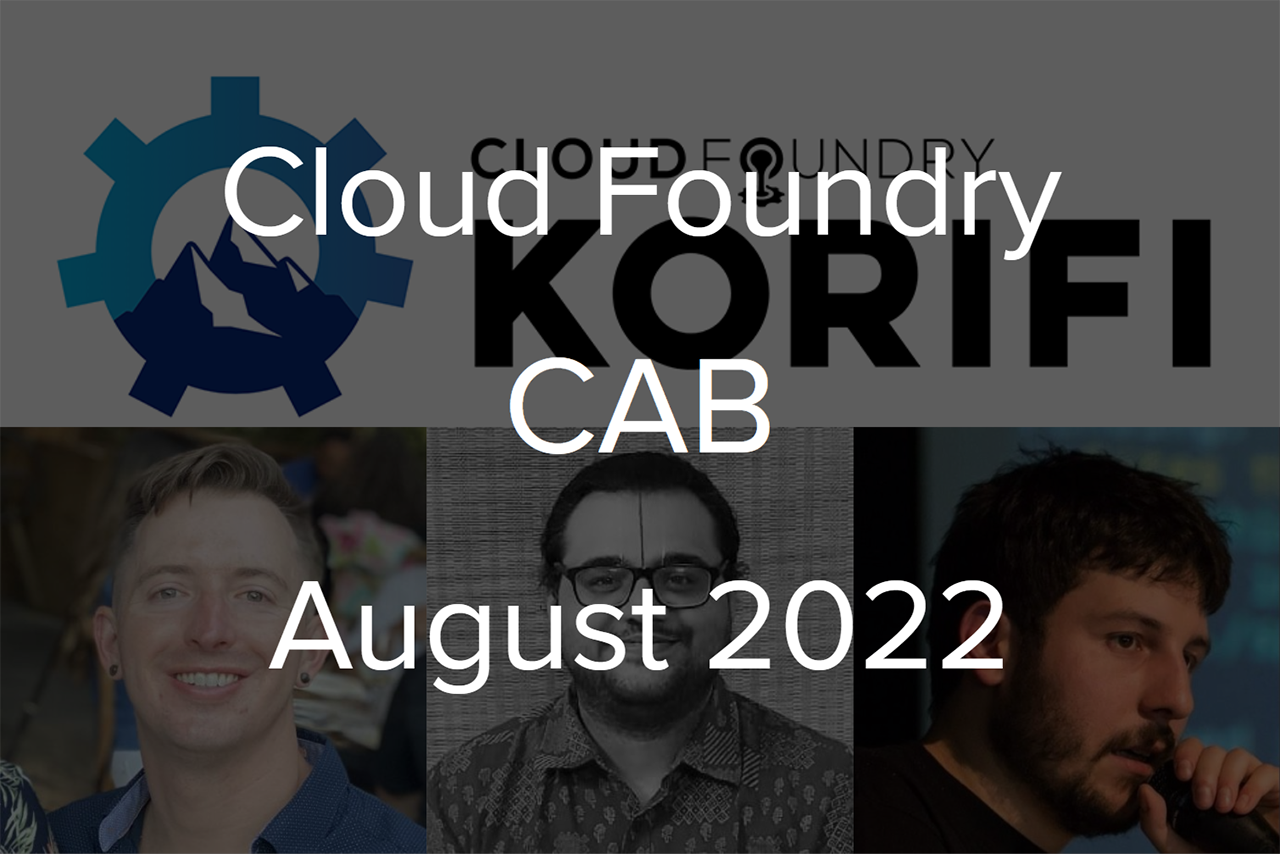 by Carlo GutierrezAugust 18, 2022
After the Korifi project hit v0.2.0, the engineering team is now looking to minimize the complexity of building and running alternative implementations.

The Cloud Foundry Community Advisory Board (CAB) meeting in August focused on the updates to the architecture of Korifi. There were also a couple of reminders for the upcoming Cloud Foundry Day, which is set for October 25, 2022. The call was moderated by Ram Iyengar from the CF Foundation.

Back in April 2022, the community released Korifi, the third evolution of putting Cloud Foundry and Kubernetes together. The project hit v0.2.0 two weeks ago.

During the call, Matt Royal of VMware explained that the Korifi team was making changes to the project’s architecture to enable plugging alternative workflows for building and running different implementations. However, he also provided a disclaimer saying that the architecture is undergoing active development and breaking changes are being made frequently. The design right now may not be the same exact architecture in a week, but it should give people a good idea of what is in place at the moment.

“Originally, Korifi directly managed both building and running of apps. We used kpack images for the building and StatefulSets for the running,” explained Matt. “We introduced BuildWorkload and AppWorkload (formerly RunWorkload) resources to support alternative implementations of the build and run workflow.” 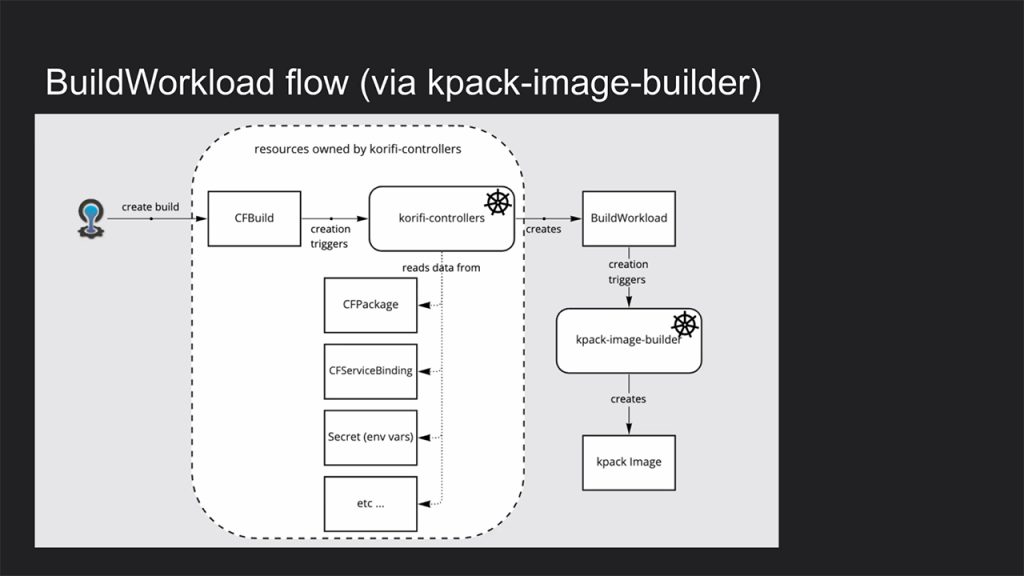 Both Builders and Runners update the status of their Workload resource to communicate back to Korifi. Then, Korifi ships with kpack-image-builder and statefulset-runner, which implement the previous build and workflows.

“One thing worth noting, after we introduced this, the behavior in Korifi is actually still the same. We’ve just taken the existing behavior that was part of Korifi core and put them into these sub projects called kpack-image-builder and statefulset-runner.” —Matt Royal, VMware

According to Matt, some of the goals behind the change in architecture are: 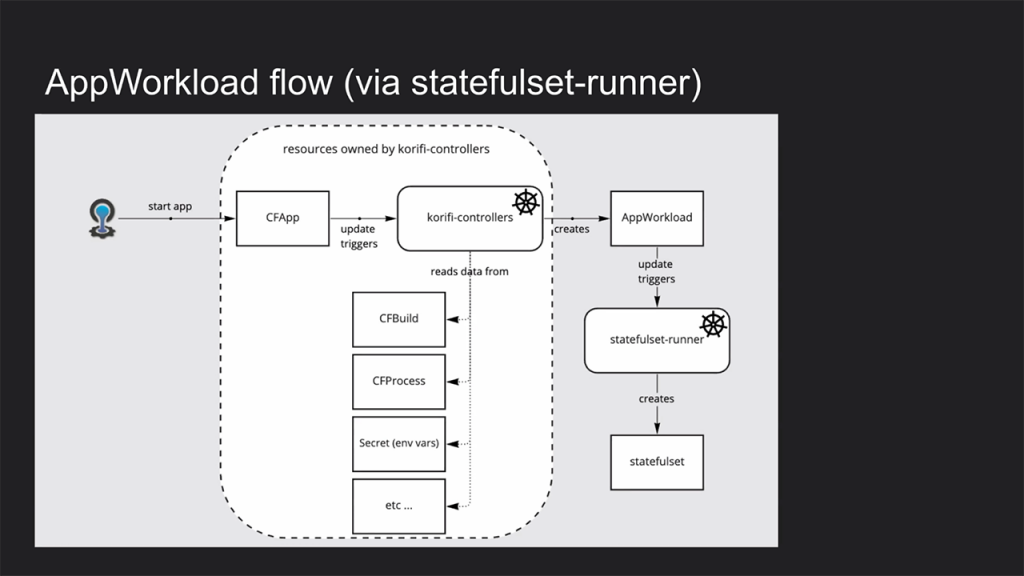 “A lot of these [new changes] are inspired by the previous Eirini implementation. So, we’ve basically replaced the Eirini types with these new types that are a bit more straightforward to use.” —Giuseppe Capizzi, VMware

With Cloud Foundry Day set for October 25, Ram reminded members of the community that the call for proposals (CFP) ends on August 26. He also mentioned that the foundation is looking for volunteers for the program committee, which decides what tracks are chosen for the stage during Cloud Foundry Day. Anyone interested in volunteering can fill up this form.

“The last day for CFP submissions is a little over a week away. If you’re interested in submitting a CFP for the Cloud Foundry Day, you have about 10 days to do that. We all typically tend to do this in the last couple of days, so we’ll send out some e-mail reminders.” —Ram Iyengar, CF Foundation

The next CAB call is tentatively scheduled for September 21, 2022, at 11 a.m. ET / 8 a.m. PT. Anyone interested in participating can join the CAB Slack channel.

During another call on August 9, the Korifi Working Group also discussed the latest project developments.