by Roger StrukhoffMay 25, 2016
Call it the "Revenge of the Ops." The dev side has had its bluff called as Cloud Foundry customers deploy some insanely difficult things.

The Ops are waking up

DevOps has been a disruptive theme in enterprise IT for the past two years, with the dev side being very enthusiastic about the joys of continuous development and integration, and the ops side less so.

However, now the ops side is waking up, at least in the world of Cloud Foundry and creating new cultures of complex, multi-cloud deployments.

This was one message that was clearly conveyed, at least to me, at Day 2 of the Cloud Foundry Summit 2016.

Allstate VP Doug Safford returned from a year earlier, updating the audience on progress at taking a classically traditional company in a clasically traditional industry fully into a world of agility—even what he called extreme agility. 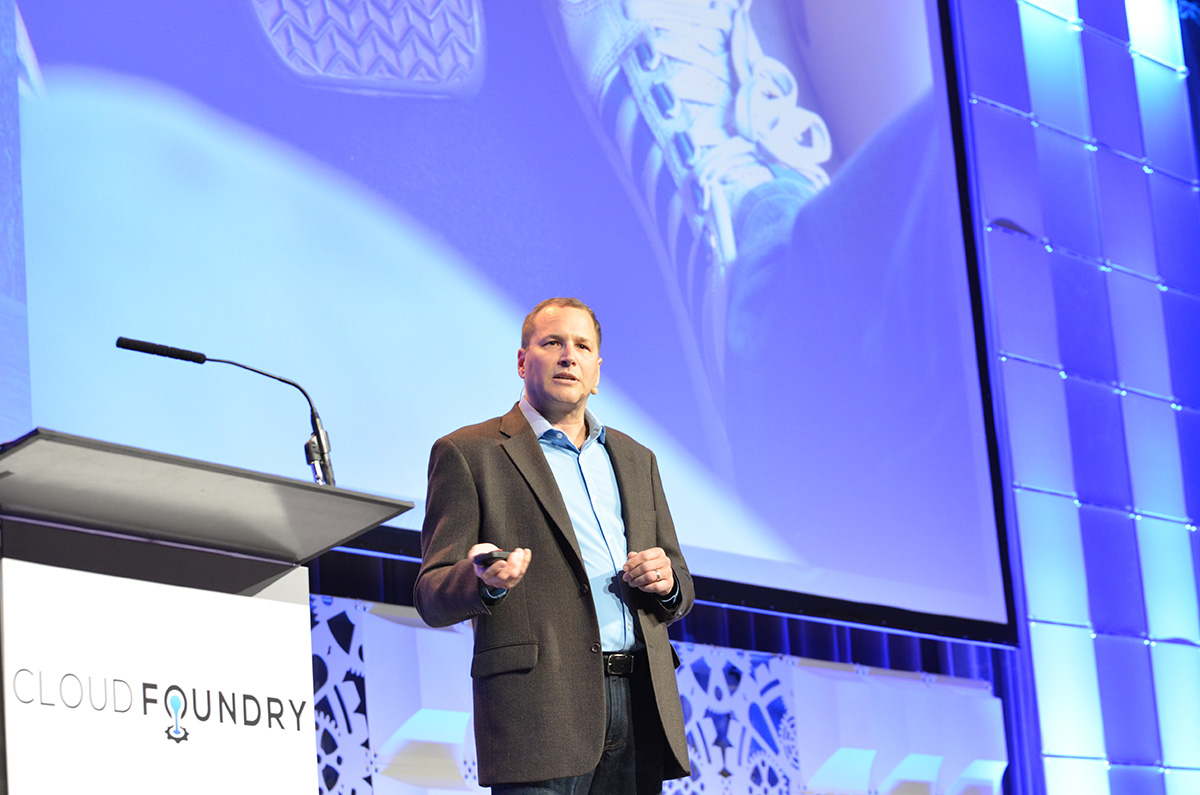 While maintaining that “you don’t need to throw out the old way to embrace the new way,” he spoke of creating a new project called CompoZed Labs and imbuing it into the fabric of the company. Despite hard-headed progress, he noted that “even when top management and engineering backs your transformation, you have to fight ‘the frozen middle’”—layers of middle management who have built their feifdoms and will resist, resist, and resist.

Bill Hilf, SVP and GM of HPE, talked about how customers are routinely building multi-cloud apps. “These people have very complex environments,” he said, putting out a plea to end the use of “private and public cloud,” as the terms oversimplify and don’t properly describe the real world of enterprise customers. 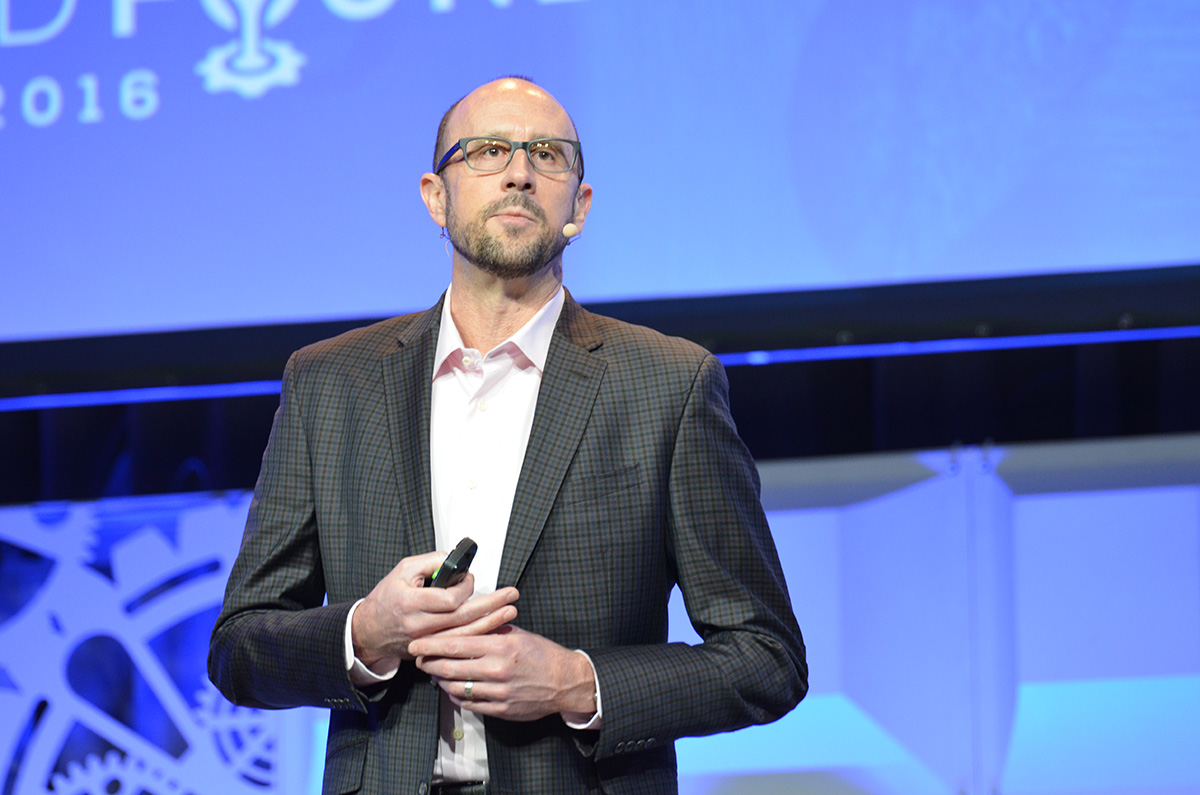 Engineers Simon Johansson and Daniel Otte from Springer Nature presented a dry, deadpan, very funny, and very effective demonstration of the pain involved in moving to a devops culture. The result of changing time frames from months to minutes was nevertheless accomplished with a lot of metaphorical blood on the floor. This video, when released soon by the Cloud Foundry Foundation, is destined to be a classic for years to come. 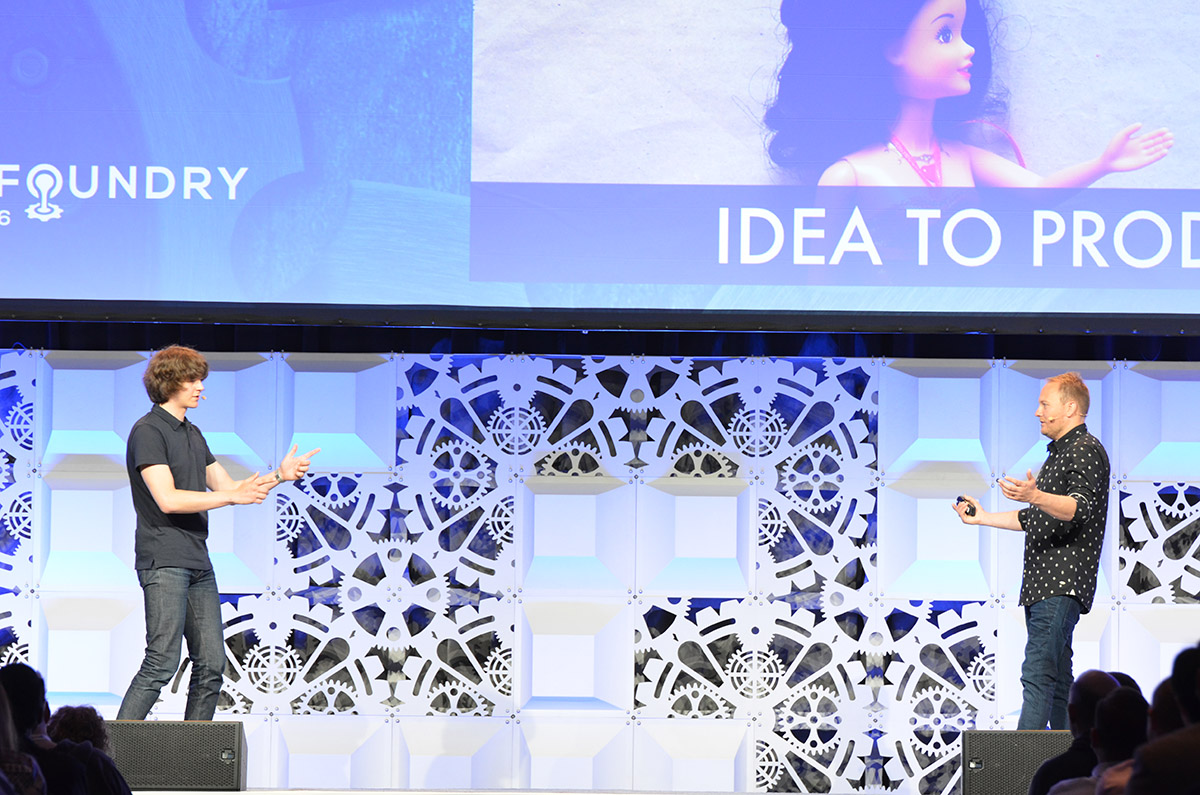 A series of dedicated sessions from Cloud Foundry developers and integrators such as Pivotal, Stark & Wayne, and Altoros outlined several other large, complex use cases. Altoros CEO Renat Khasanshyn presented with Adam Chesterton from Warner Music in describing a “mature cloud” that Warner nevertheless completely rebuilt by going all in to Amazon Web Services. 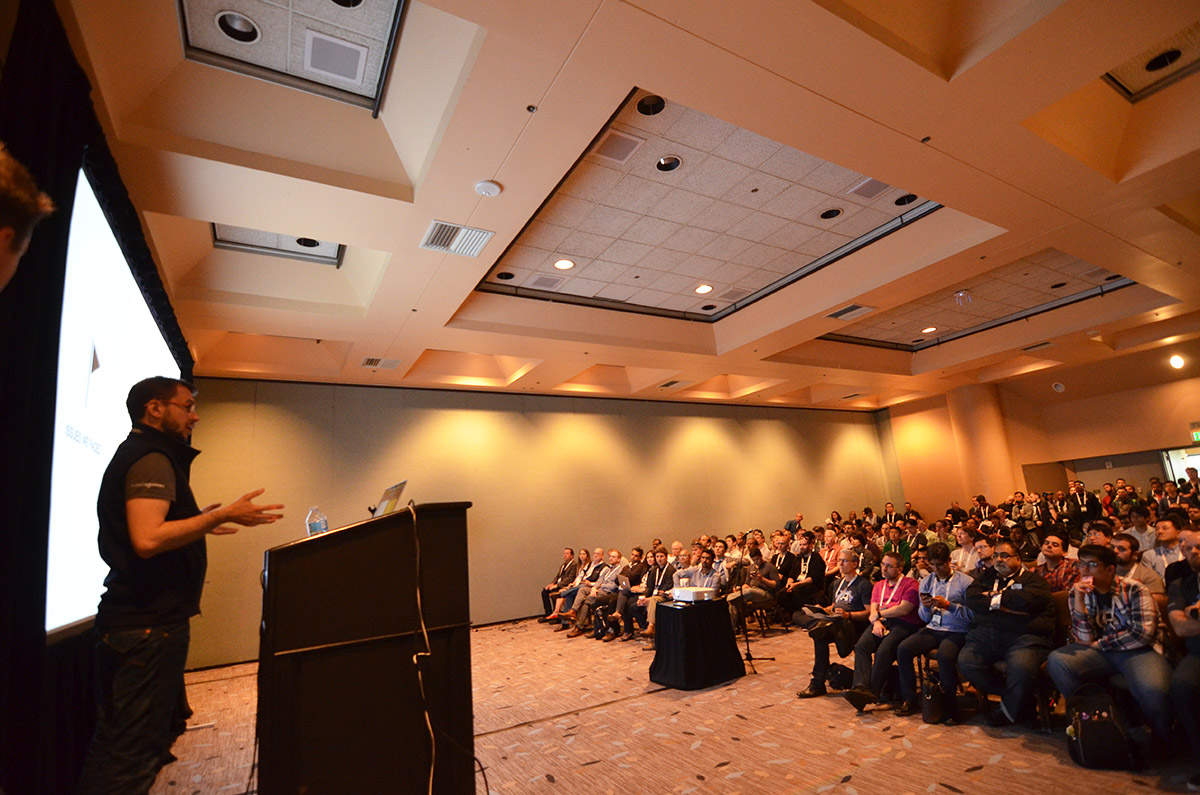 “Elasticity is not guaranteed in a public cloud.” —Renat Khasanshyn, Altoros 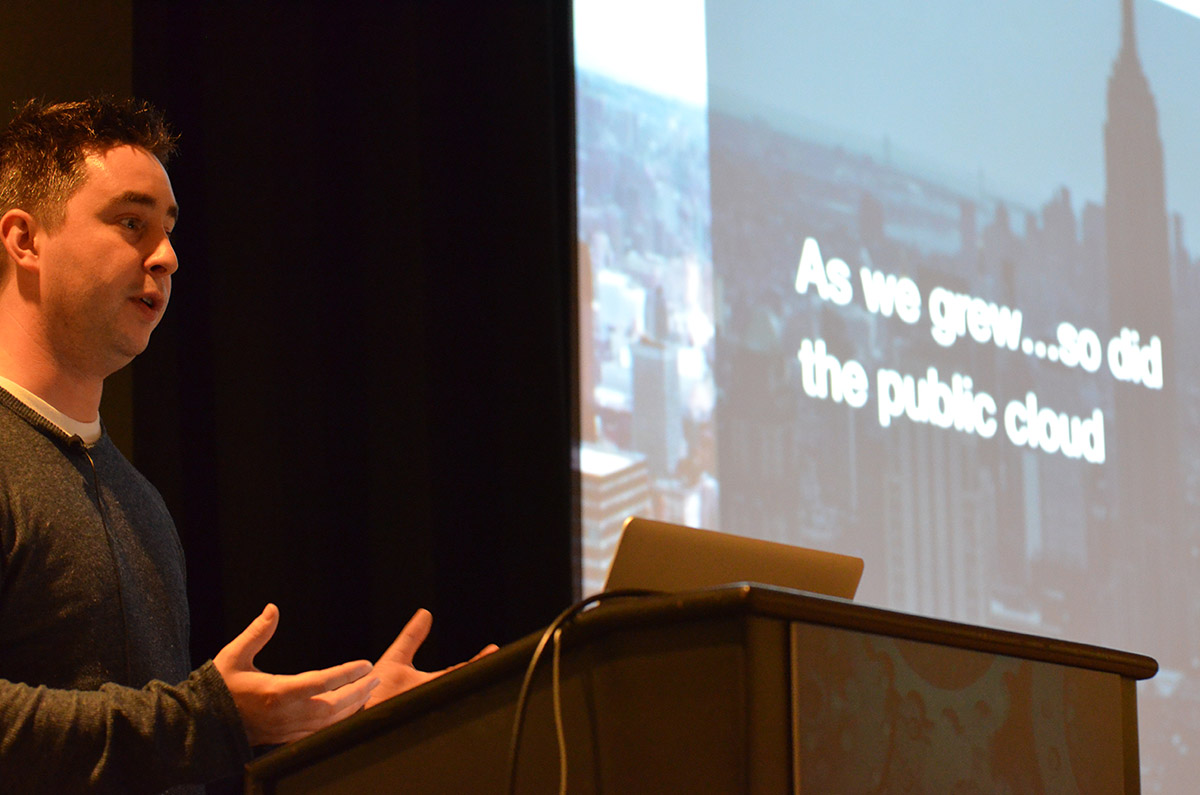 In their session with Shyam Varan Nath of GE Digital, Sarah Cooper from M2Mi examined the possibilities of applying the potential of IoT in smart airports. 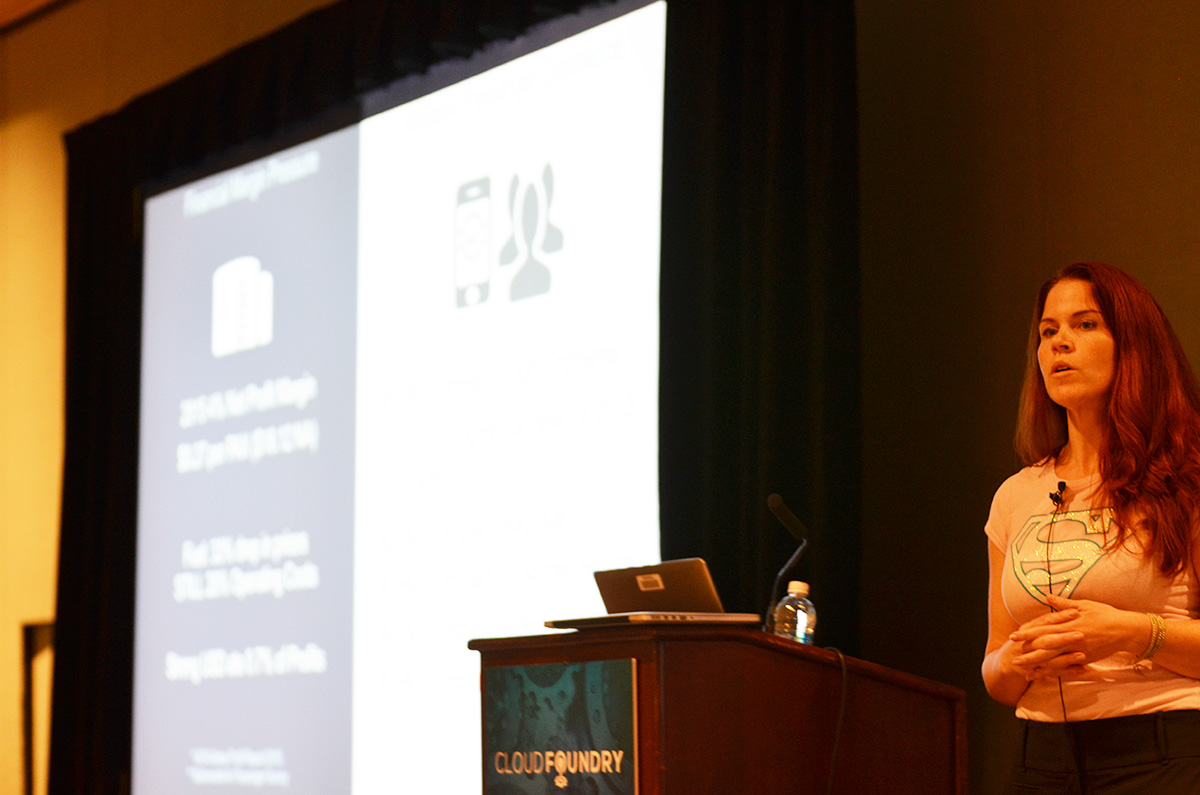 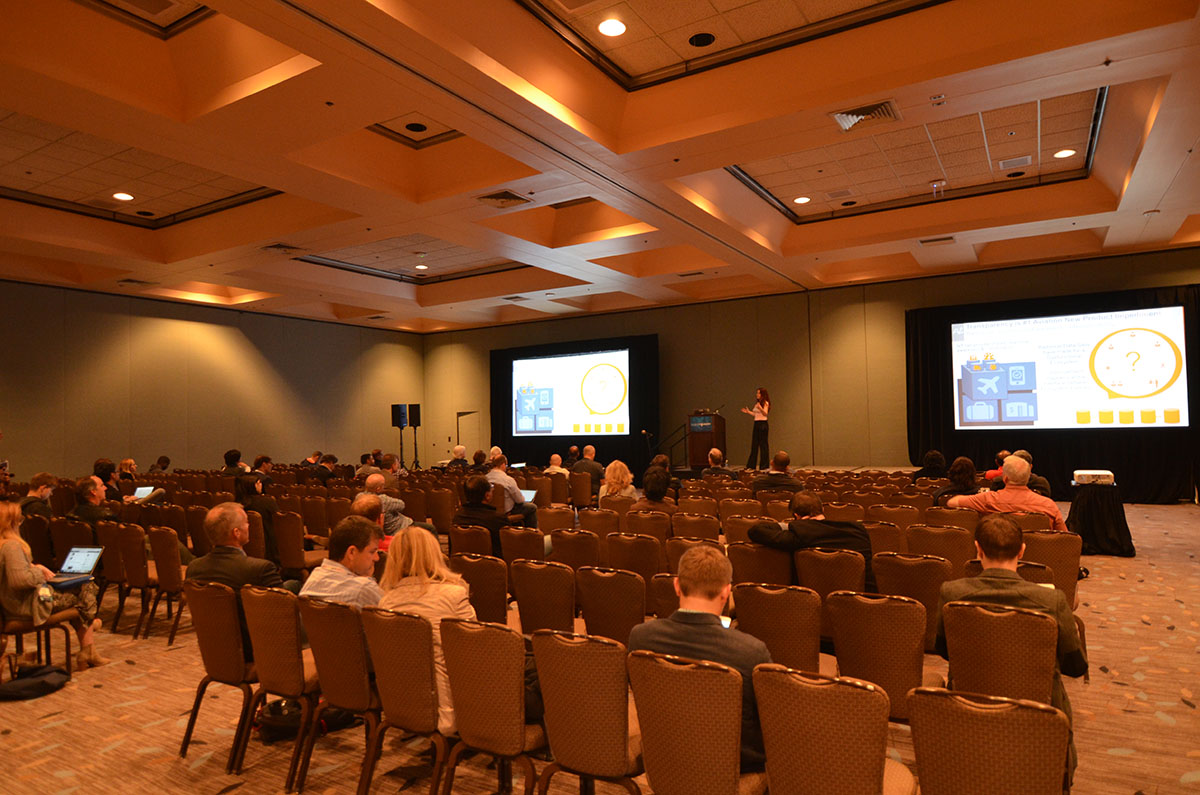 Sneak peak of what the session at 3:20 PM today at #CloudFoundry be about: https://t.co/opijkbbgPc @SMC_on_IoT #GE pic.twitter.com/cRDHhPoWAH

The slide above demonstrates the idea of smart airline baggage management from a high-level perspective. As one can see, the system is based on GE’s Predix and M2Mi’s IoT platform, gathering data from gateways, various devices, etc. Overall, Internet of Things is entering the Cloud Foundry arena much faster than previously. So, right before the summit, there were some calls for increasing the number of IoT and Industrial Internet offerings based on Cloud Foundry. We at Altoros believe that next year we’ll see many of these solutions in action.

There were many great technical sessions during the Day 2 of the summit. Dr. Max of IBM gave an insight into CF-Swagger—an incubation Cloud Foundry project—that allows for: 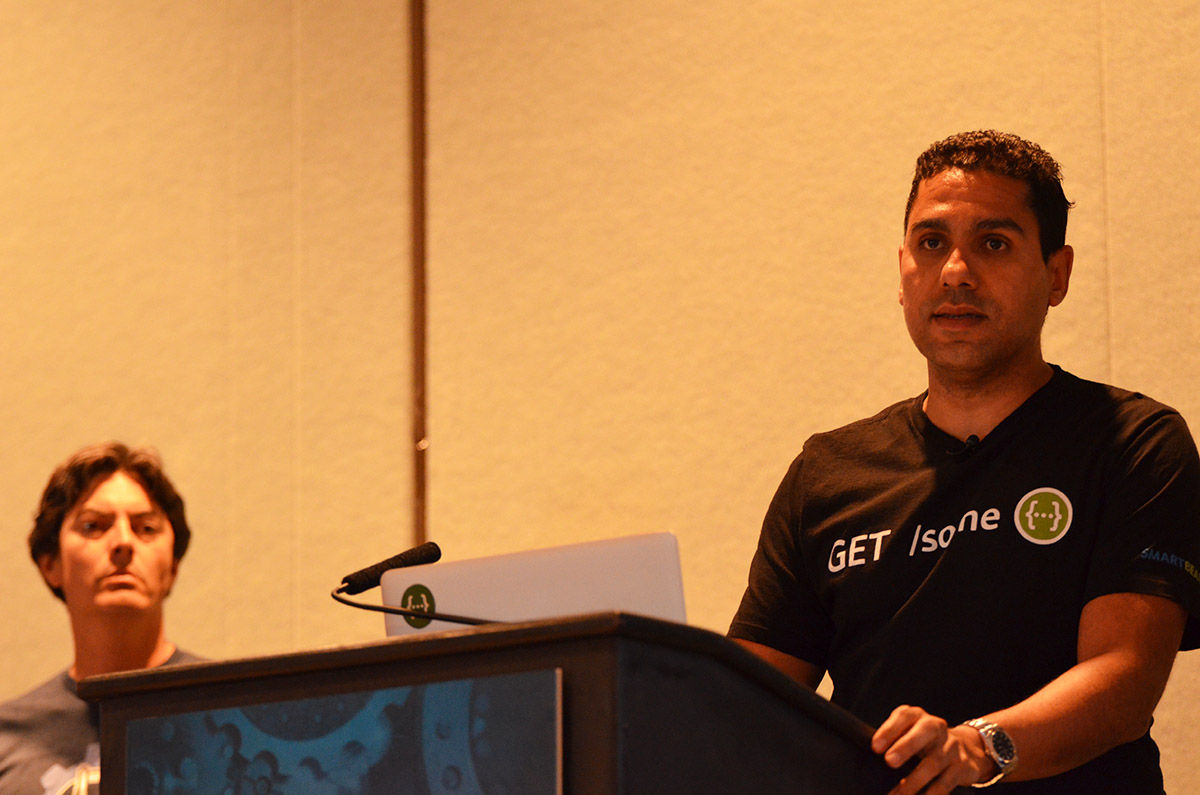 Production-grade PostgreSQL, streamlining BOSH, containers, heterogeneous architectures, and internal transformation were all topics at hand today. We will be covering some of these sessions in detail as the videos and slides become available.

No, cloud does not make things simple, as many of the original public-cloud advocates were saying a few years ago. However, the good news is that Cloud Foundry is making much of these insanely complex deployments possible.