by Roger StrukhoffMay 27, 2016
This may be a great Swiss Army knife for enterprise IT, but it is a very difficult one to use and master. Thus, education was front and center.

The emphasis on education

Thursday was the BOSH Day at the Santa Clara Convention Center, CA as the three-day Cloud Foundry Summit was followed by a special event that drew about 200 people.

BOSH was a big topic during the Summit, infusing most conversations I had as well as a significant minority (if not a majority) of the dozens of sessions over the three days. 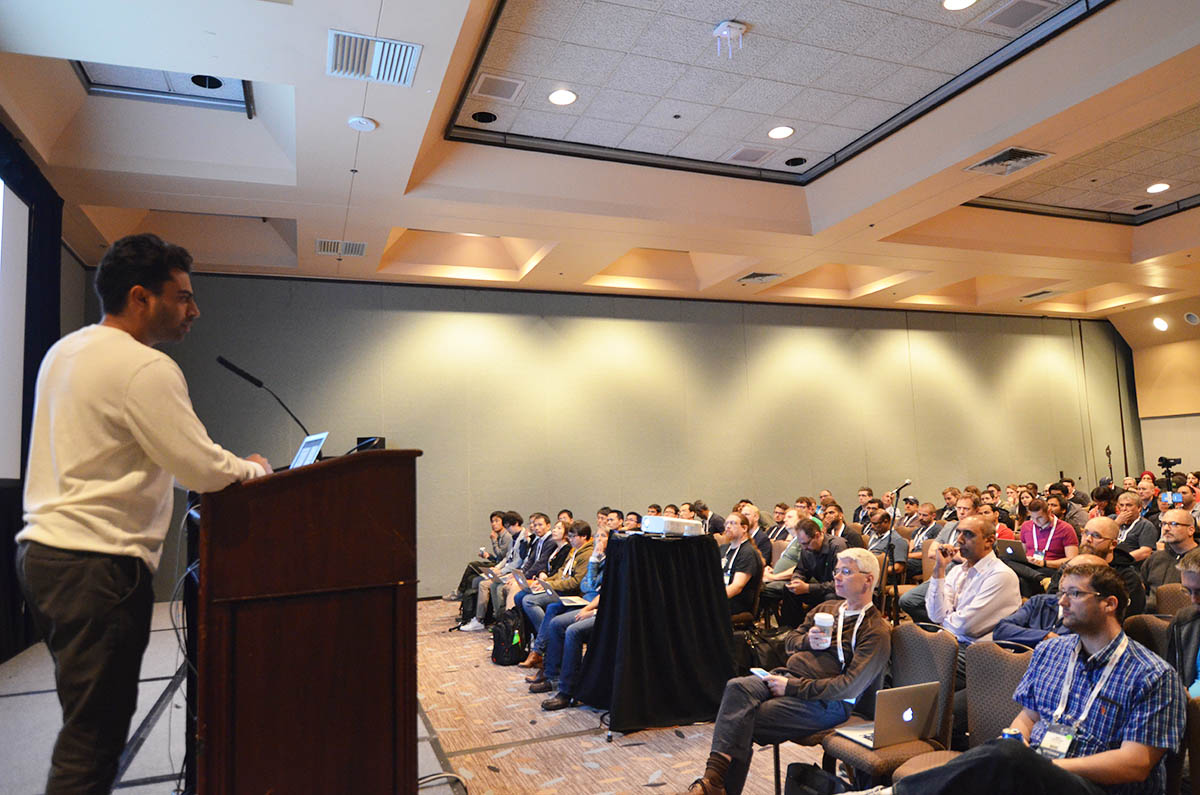 The reason is intuitive—we live in a complex, multi-cloud world, and BOSH can be used to deploy Cloud Foundry to vSphere, OpenStack, Azure (and others), as well as to Amazon Web Services. As of a few weeks ago, it can also work on Windows machines as well as Linux-based systems. 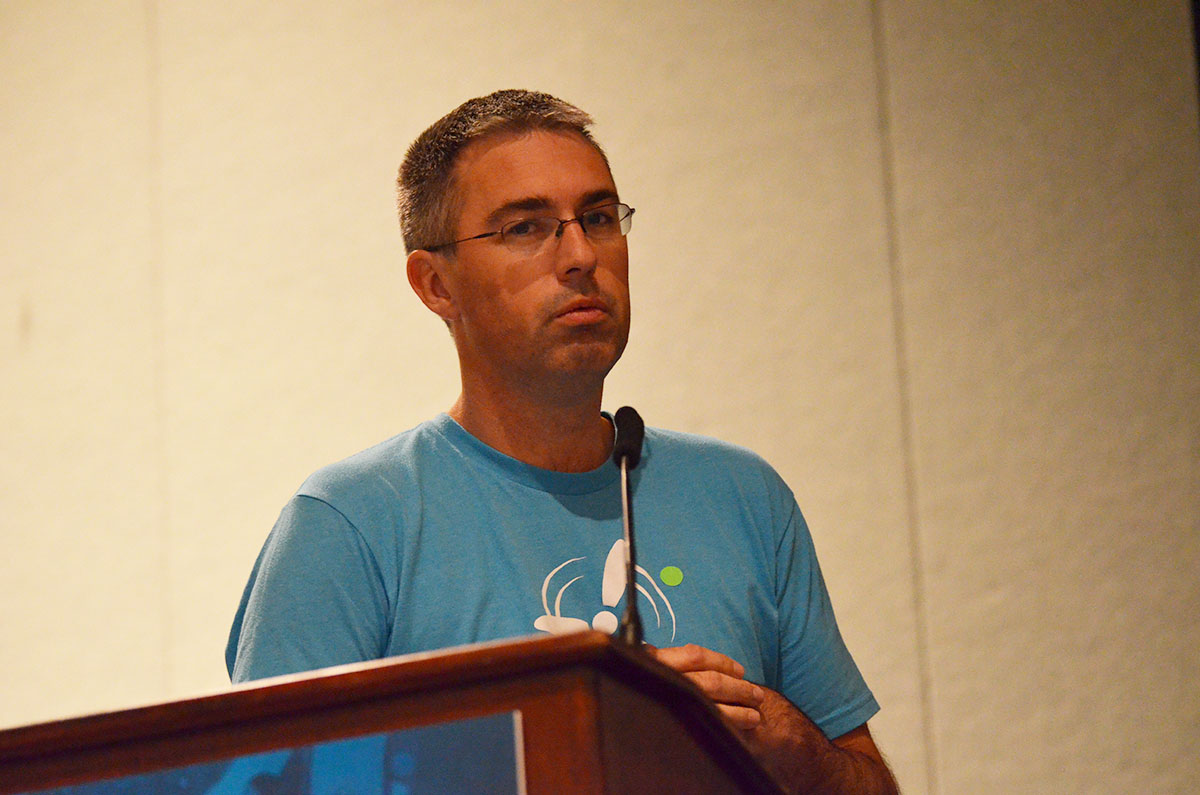 At the risk of leaning too heavily on metaphor and simile, BOSH is sort of like a Swiss Army knife—albeit an amazingly complex one that requires training and skill to operate.

Thus, the emphasis on education on BOSH Day—sessions focused on topics such as launching an initial BOSH release, on manifests, on using BOSH with SoftLayer, and production environments overall. 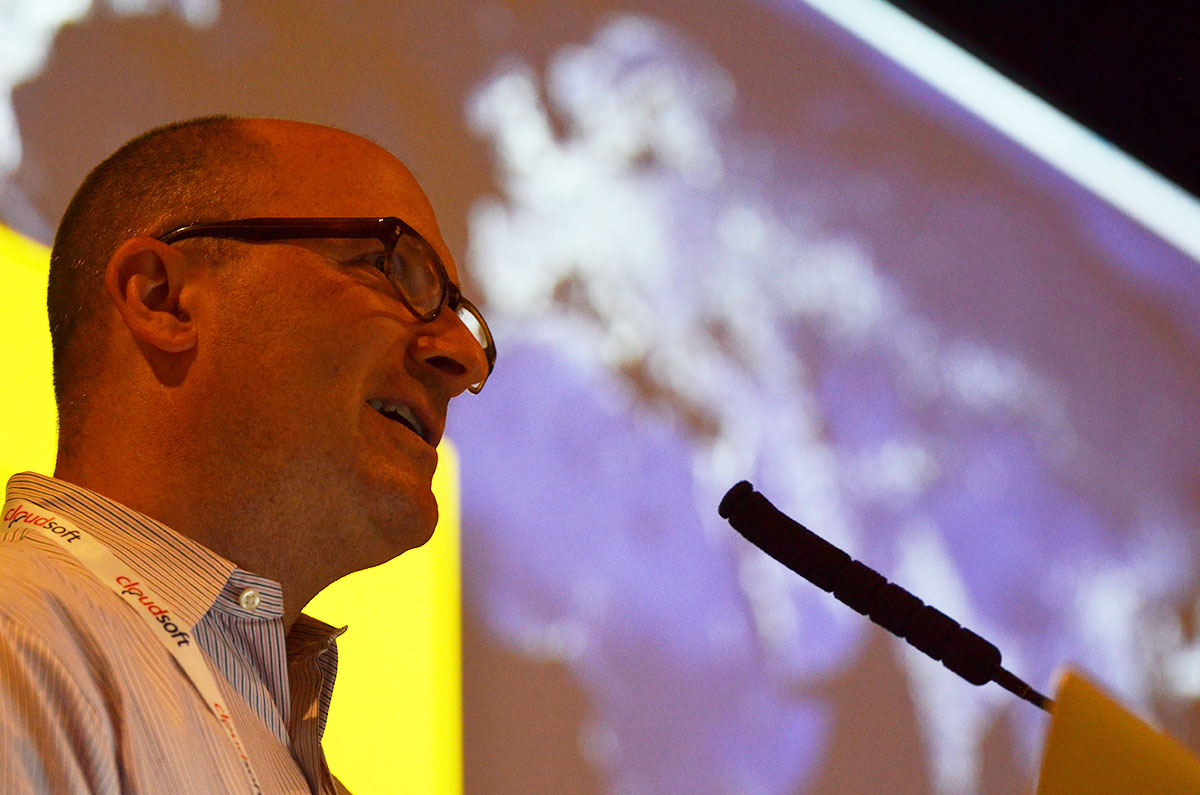 Matt Reider, Pivotal, and the ideas for manifest sanity

“All your enteprise are belong to us”

My brave prediction after a few days at the Cloud Foundry Summit is that 100% of the Global 2,000 will have BOSH and Cloud Foundry somewhere in the organization within five years, as well a majority of the federal governments in the world. I spoke with so many operations execs, who are now formally tired of being kicked around and who are moving toward an agile, multi-cloud DevOps culture at full speed, daring the developers to keep up with them. 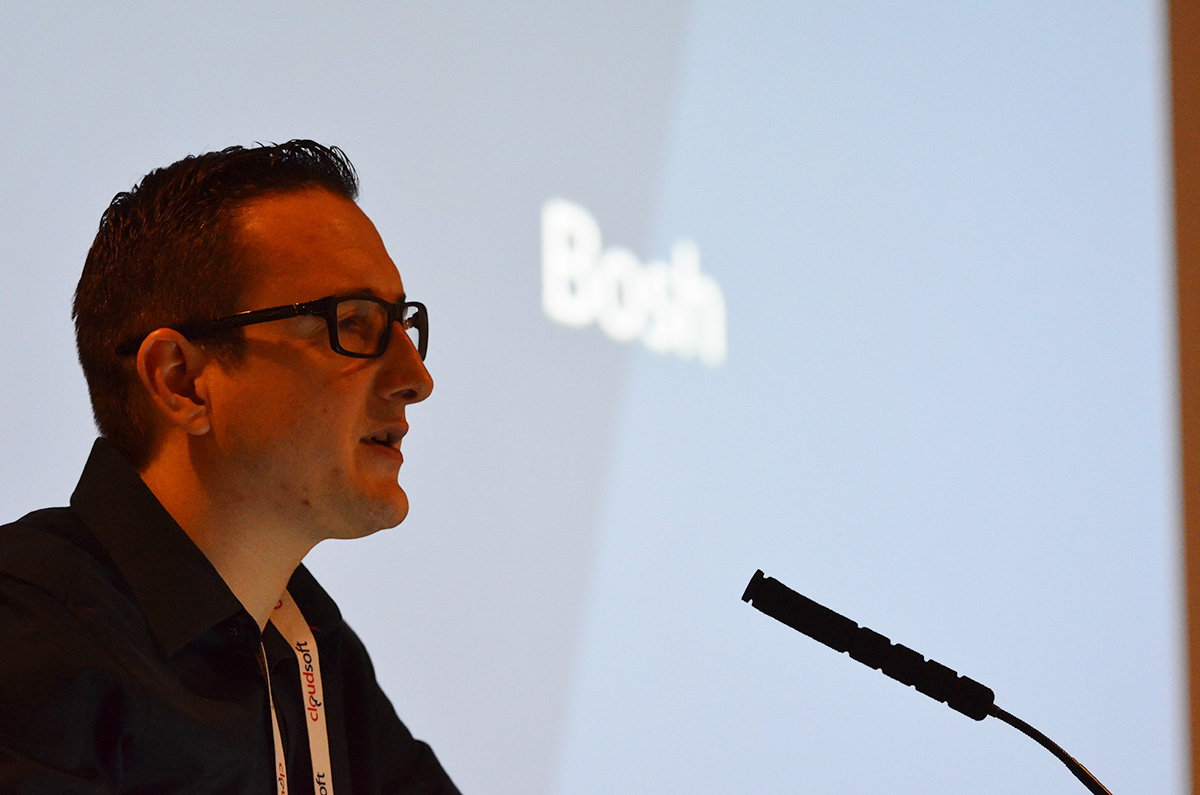 “Let BOSH do the dirty work.” —Julian Fischer, Anynines, talking about the role of BOSH for production-ready environments.

Meanwhile, government entities are waking up to the idea that if they can provide basic services (information, licensing, voter registration) to their citizens, rather than lose jobs their workload and headaches go down. 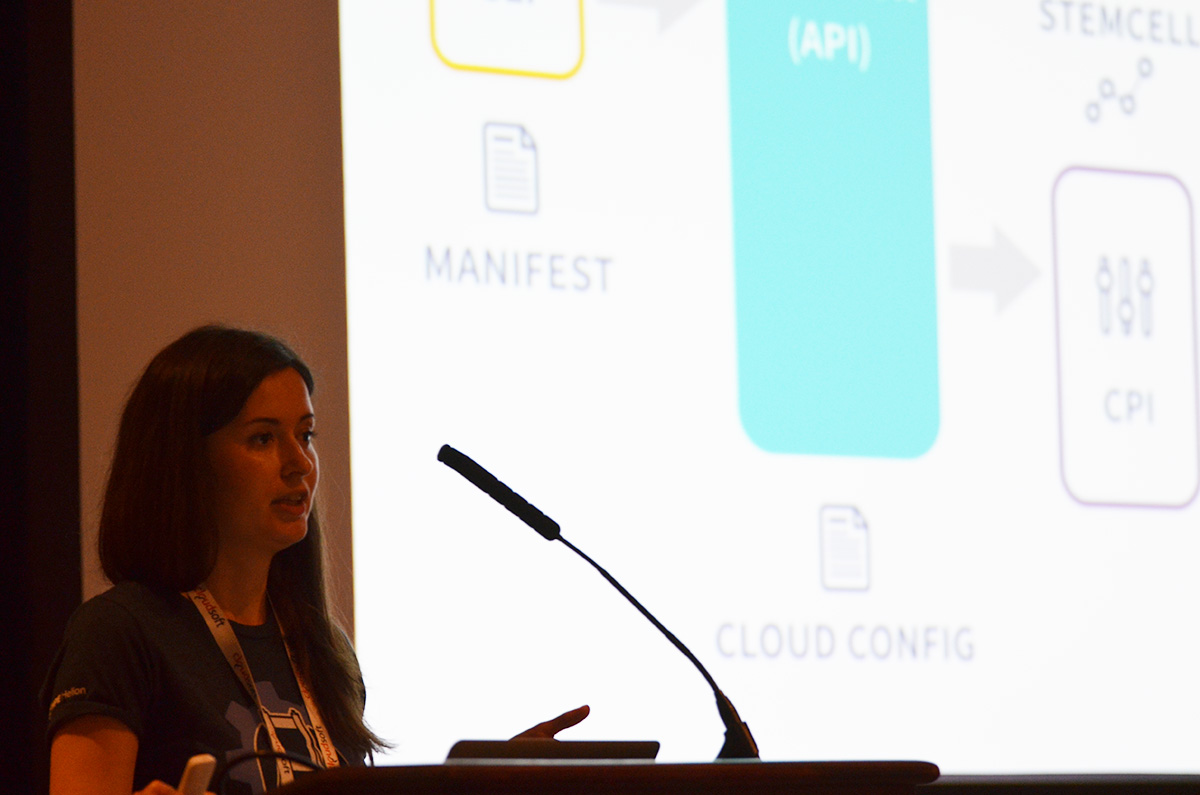 Maria Shaldibina of Pivotal about how to work with BOSH CPIs

BOSH has lived through a number of metamorphoses to finally approach its 2.0 incarnation. In his session, Alex Lomov of Altoros provided a very funny insight into the evolution of BOSH from version 1.0 to 2.0. 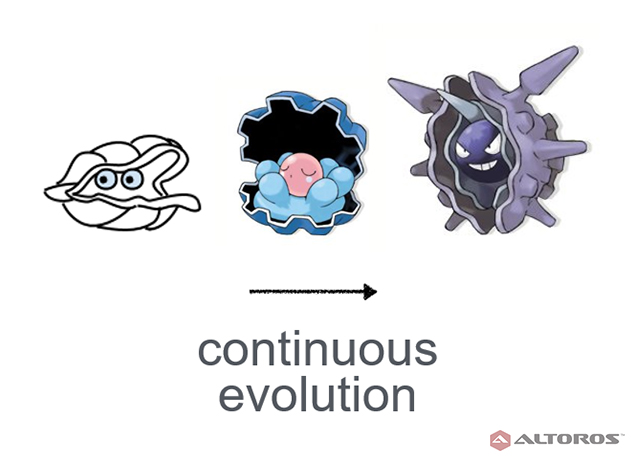 According to him, BOSH makes its small leaps and every new step towards that is based on feedback or current needs. In his view, it’s not about a new release with crucial changes of functionality, but revolutionizing the current version based on evolution.

When Alex started working with BOSH, it was quite a different thing to what we’ve got today. E.g., building a CPI was somewhat problematic, until external CPI mechanism was introduced.

“BOSH is a puzzle, every time you look inside of it, you get a new impression.” —Alex Lomov, Altoros

Among the cool features of BOSH Manifest 2.0, Alex mentioned the following:

Alex also touched upon the role of Concourse in the evolution process of not only BOSH and Cloud Foundry. Being a big fan of Concourse, Alex used it to generate the presentation he delivered. You may find the source code and the slides in this GitHub repo or here.

“All this magic is made possible by the Cloud Foundry community, and the magic wand is Concourse.” —Alex Lomov, Altoros 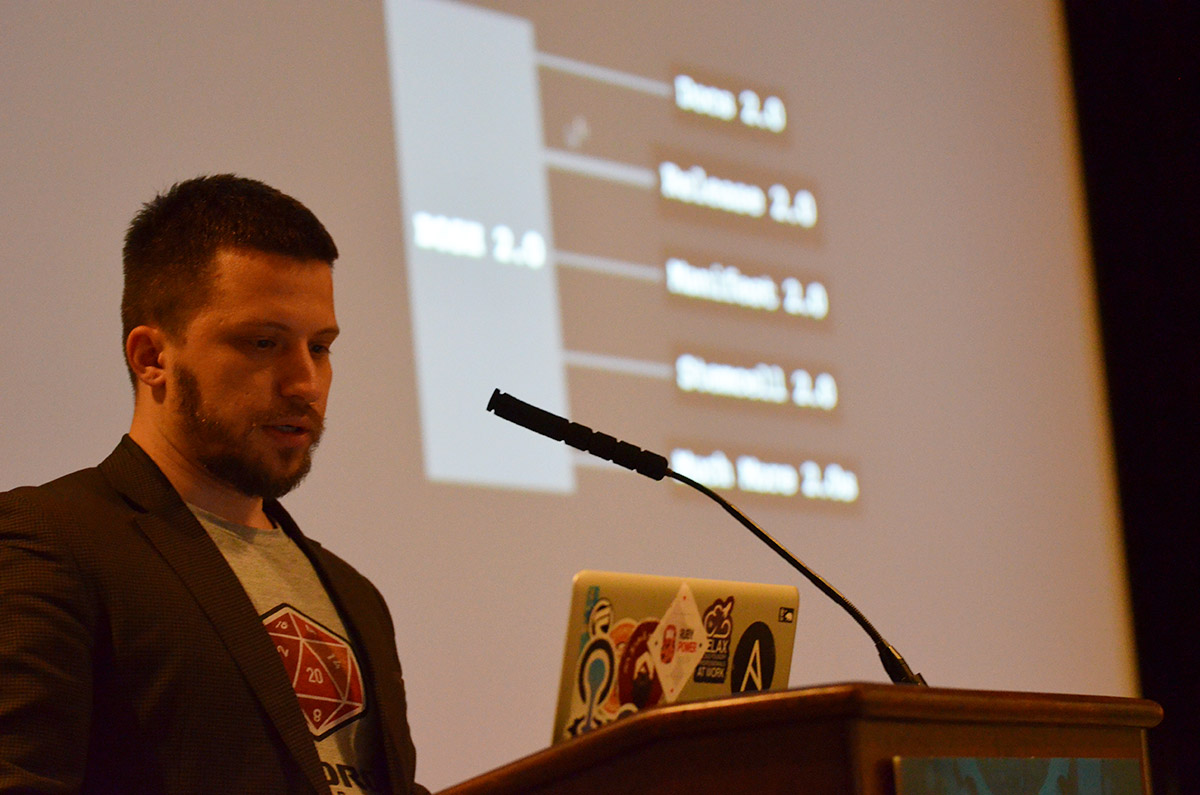 Watch the video for details:

This closing day was rich for informative sessions on all things BOSH.

Thus, Danny Berger of Pivotal delivered a lightning talk about BOSH and jq—a lightweight and flexible command-line JSON processor. Details on the sessions can be found at GitHub. 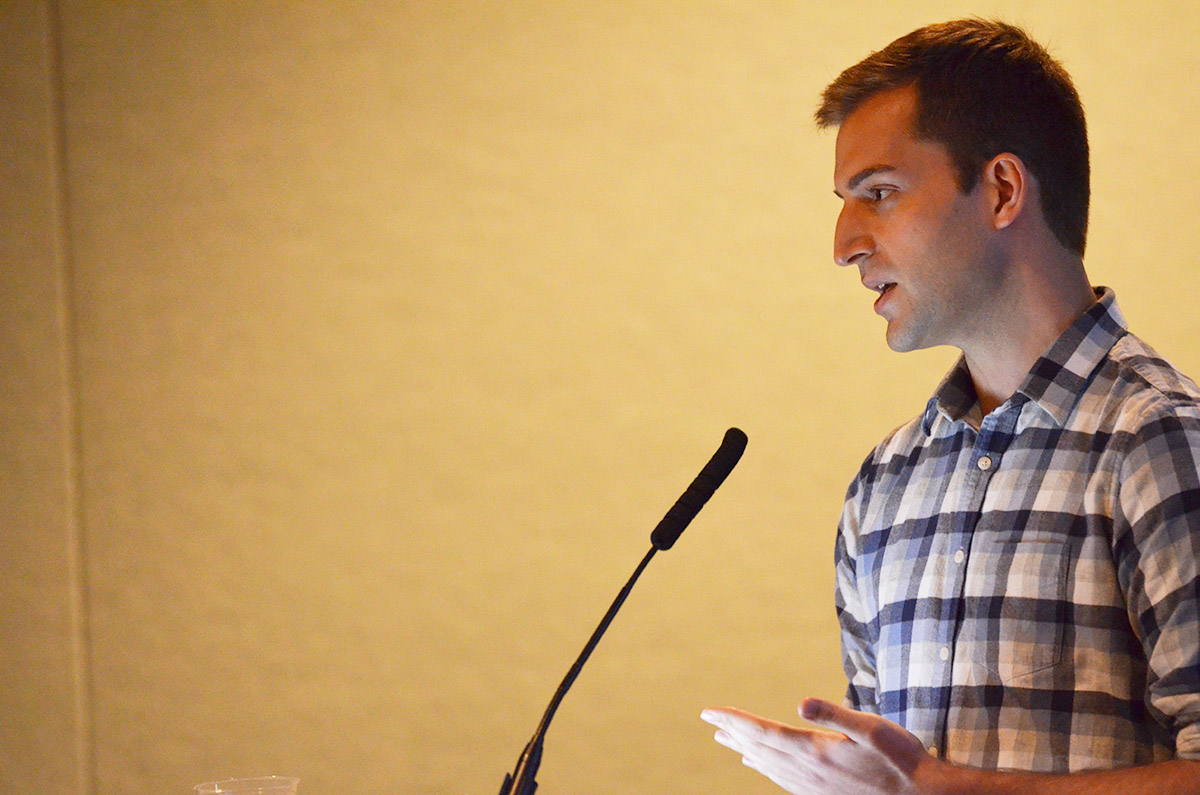 Amit Gupta of Pivotal shared his vision on why machines and software need to work together.

Dr. Max and Matt (Xue Xiang Cui) shared their experience and the lesson learned over the years of working with BOSH.

Great tips on how to manage #CloudFoundry and bosh at scale by @maximilien #BOSHDay. Where's you director backup? 🙂 pic.twitter.com/tWhZYazuyJ

There was a horrible presentation early on at the Cloud Foundry Summit that integrated specious research with dubious conclusions to try to convince us that technology, in essence, is evil. The speaker ironically cited how wrong the original Luddites were in encouraging us to believe they would be right today. I won’t name names, as I plan to engage the author in a conversation and need to give him the opportunity to respond to my point of view.

My point of view is that through uber-geeky technologies such as BOSH and Cloud Foundry, we are now witnessing the fundamental shift to responsive, useful, massive computing systems devoted to making things better, rather than leading us into dystopia.

BOSH Day is a very small illustration of this idea, but a pretty one, and an important one. 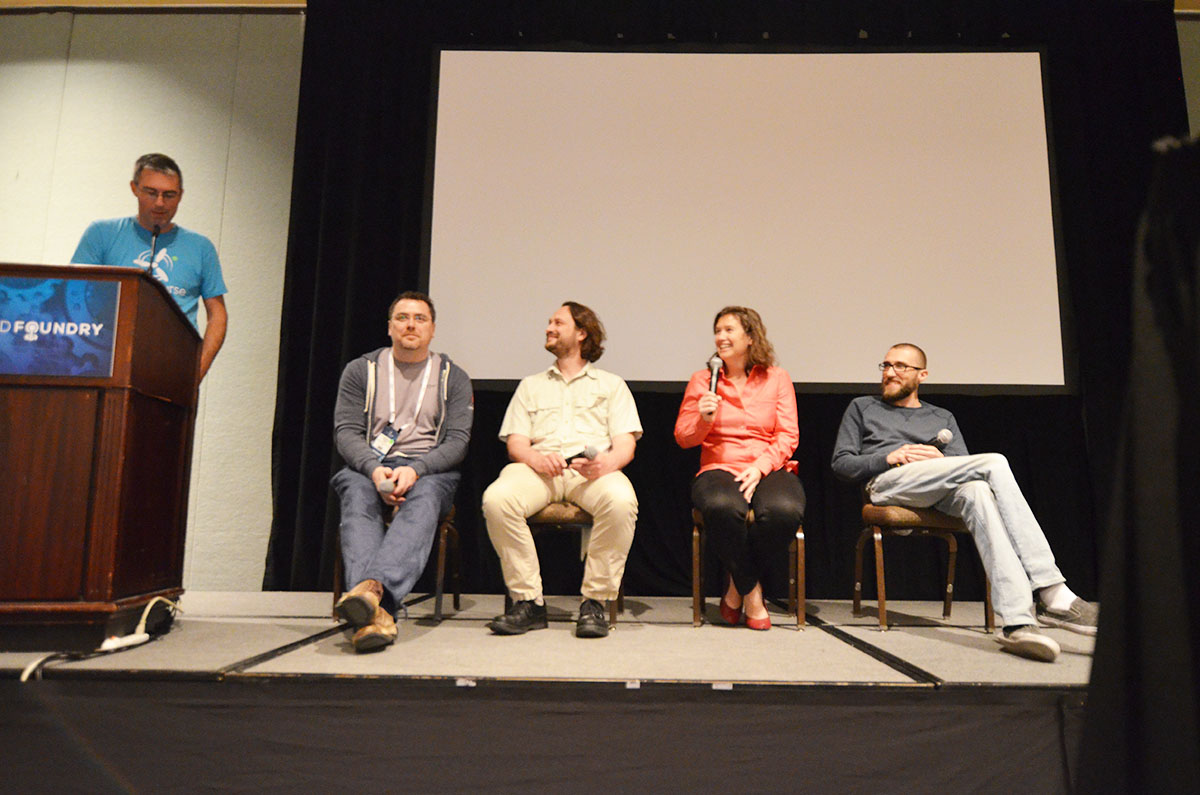 Building a Mission-Critical Architecture for Healthcare with Cloud Foundry
Next