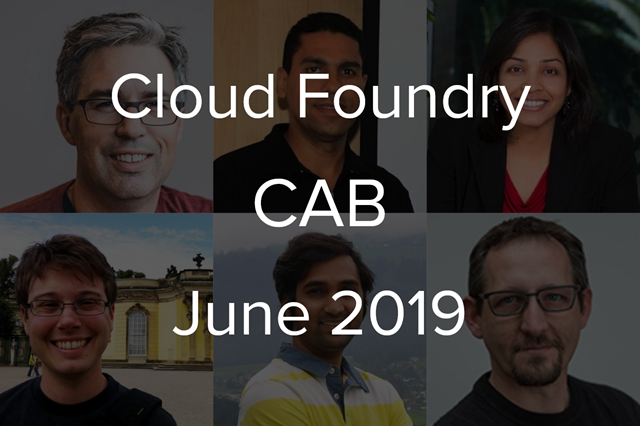 by Carlo GutierrezJune 20, 2019
Using buildpacks removes the burden of responsibility from application developers to implement sidecars.

The Cloud Foundry Community Advisory Board (CAB) meeting for June 2019 featured a community project related to distributing sidecars with buildpacks. The call, which was moderated by Dr. Max of IBM, also included updates from members of the development teams. At the end of the call, Swarna Podila and Chip Childers provided some updates from the Cloud Foundry Foundation.

During last month’s CAB call, the concept of sidecars was introduced by Scott Sisil of Pivotal. He demonstrated how to deploy a Ruby app that talks to a separate Golang binary run as a sidecar process. Scott based his presentation on the sidecar tutorial posted by Tim Downey of Pivotal.

“About a month ago, the CAB call talked about sidecars. I was super excited about that. I did Tim’s walkthrough, made that work, and the first thing that came out of my mind was why would I want to push this without using a buildpack?” —Dr. Nic, Stark & Wayne

According to Dr. Nic, implementing sidecars through buildpacks can address the separation of concerns across organizations, vendors, and developers. He emphasized that application developers shouldn’t worry about uploading the config-server necessary for sidecars. 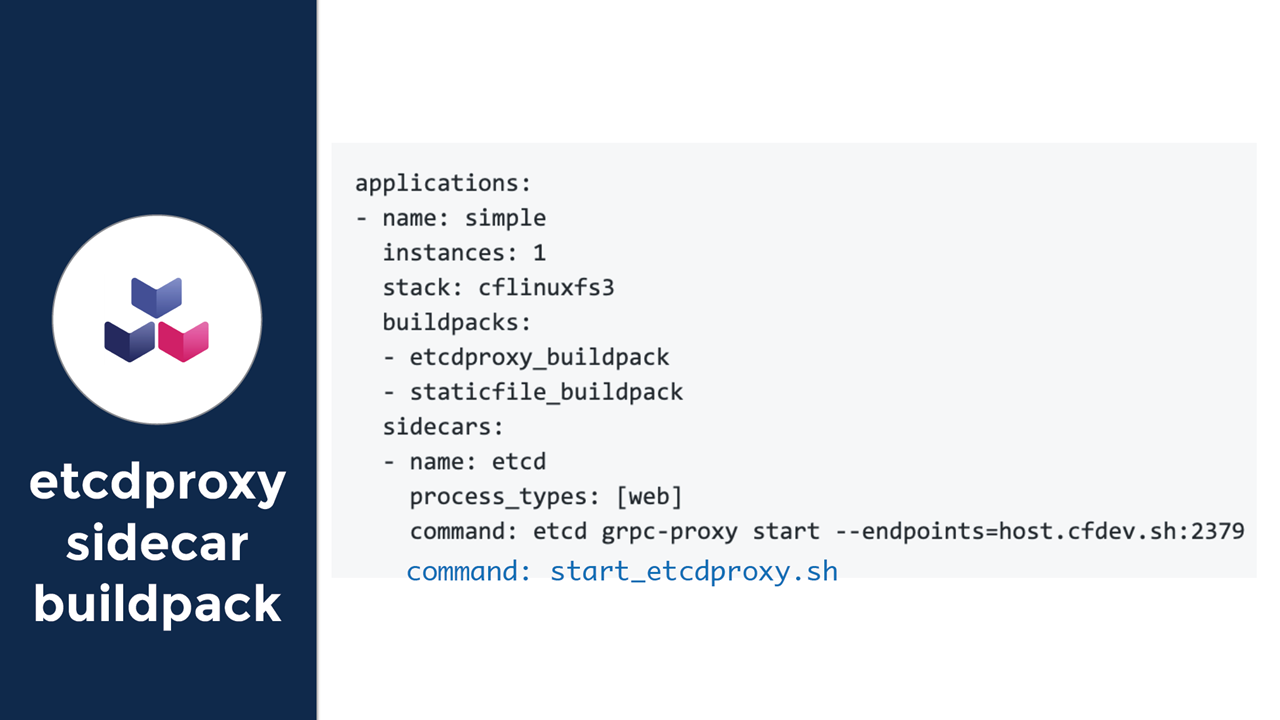 During the call, Dr. Nic demonstrated how to create an etcd proxy sidecar buildpack. His tutorial can be found in this GitHub repo.

Mukesh Gadiya of Pivotal delivered a couple of updates:

Swarna Podila posted two new updates from the Cloud Foundry Foundation. First, Abby Kearns will be participating in a series of ask-me-anything (AMA) calls. Interested CFF members should get in contact with the foundation’s digital marketing manager, Brie Rogers.

Second, the foundation is looking for contributors to the Cloud Foundry YouTube channel. Anyone interested in becoming a contributor can check out this publishing guide.

Chip Childers noted that the Contributor Summit on September 10 is tentatively scheduled for 9 a.m. to 3 p.m. He also reminded callers that the schedule for the next Cloud Foundry Summit in Europe goes live on June 20.

The next CAB call is scheduled for Wednesday, July 17. The call will start at 8 a.m. Pacific Time. Anyone interested can join the Cloud Foundry’s CAB Slack channel.