Cloud Foundry Advisory Board Meeting, May 2018: Kubernetes CPI and App-AutoScaler 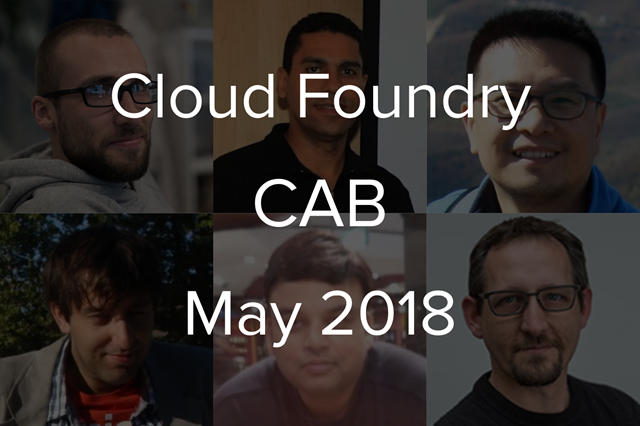 by Roger StrukhoffMay 17, 2018
The call introduced a solution to deploy Cloud Foundry workloads to Kubernetes and a system to adjust computation resources for CF apps.

The BOSH-Kubernetes saga continued during Cloud Foundry Community Advisory Board (CAB) call in May. The call featured two demos of the new BOSH Kubernetes CPI project and App-AutoScaler.

In addition, Dr. Max highlighted some developments under CF-Extensions, while his colleagues delivered updates on the ecosystem’s projects.

BOSH Kubernetes CPI aims at allowing BOSH to deploy Cloud Foundry workloads to Kubernetes clusters. Dmitriy Kalinin said the project flows from the fundamental question, “what if we could use BOSH capabilities for installing, configuring, and updating workloads to accommodate Kubernetes container orchestration?”

In turn, this question was prompted from the difficulties of using Kubernetes—designed as an orchestrator—to function as a PaaS or an IaaS, even though it’s not designed to be used this way. Rather, Kubernetes offers a set of primitives, such as pods, persistent volumes, and other concepts that support processes.

BOSH, on the other hand, is designed to communicate with infrastructure through its CPI, while also serving as an orchestrator and full-blown toolchain for life cycle management, Dmitriy pointed out. “So, how can we best position BOSH with regards to Kubernetes?” he asked.

“BOSH is well-established to handle workloads. What if we use it to manage workloads on top of Kubernetes? We can try to hide boring Kubernetes primitives from you, so you don’t have to worry about all the tiny little details.” —Dmitriy Kalinin, Pivotal

Dmitriy provided a couple of brief demos about installing and deploying within the BOSH Kubernetes CPI environment. The work will continue on this project in an attempt to:

Another brief demo was presented during the call by Bo Yang of IBM on App-AutoScaler for Cloud Foundry. The project was started in June 2016 with contributions from IBM, SAP, and Fujitsu.

Bo described an autoscaler as software the automatically adjusts the number of Cloud Foundry application instances through:

The App-AutoScaler comprises the following components: 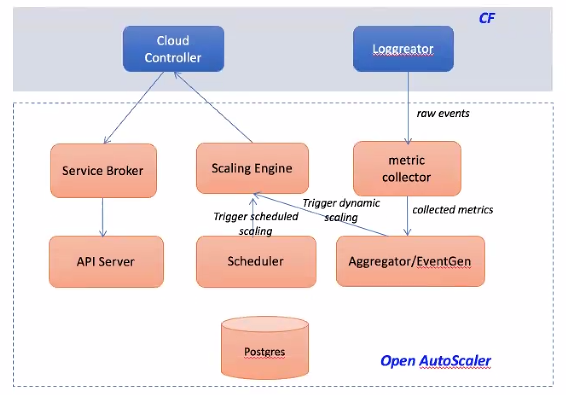 According to Bo, the team plans to create a dashboard, remove its current dependency on Consul, migrate to Loggregator v2, support custom metrics, improve performance towards a goal of supporting 10,000+ applications, and extend its functionality to Kubernetes.

According to Ashish, Service Fabrik Broker for now:

During the call, it was also mentioned that Abby Chau of Pivotal is the proposed new lead for the CLI team and Julian Friedman (Dr. Julz) of IBM is leading Project Erini, previously known as the Cube project.

Chip Childers of the Cloud Foundry Foundation informed attendees that the Call for Papers for the European Cloud Foundry Summit 2018 closes on June 1. The summit will be held in Basel, Switzerland, on October 10–11.

The next CAB call is scheduled for 8 a.m. Pacific Time on Wednesday, June 20. As always, the call will be open to anyone who is interested in listening or participating. Connection details and the monthly agenda appear on the Cloud Foundry Slack channel.