Bringing Healthcare Home with the Internet of Things

by Carlo GutierrezOctober 6, 2016
IoT is making waves across industries from farming to manufacturing. What challenges are met on the road to smart healthcare and how can they be solved?

The Internet of a Single Thing

Employing Internet of Things (IoT) solutions in healthcare is moving forward: remotly controling robots in heart surgery, and placing biostamps to secure infant lives, gathering data from hundreds of thousands of sensors in hospitals. Though already profoundly advanced at this stage, are we nearing the end of the journey?

No, not even close. We’re just getting started.

“We’re not in the Internet of Things era, we’re in the Internet of Thing,” said Senter CEO Sean Lorenz at the beginning of his presentation on the potential of combining IoT and healthcare. As discussed at a recent Predix and IoT meetup in Boston, such a combination may result in apps that keep us healthy at home and away from hospitals.

When it comes to healthcare, according to Sean, we are not yet in the IoT era. “We have a lot of things that are individually connected,” he said. “I have an app for every single thing but they’re not connected.”

“The promise of the Internet of Things is combining all that data together.”
—Sean Lorenz, CEO, Senter 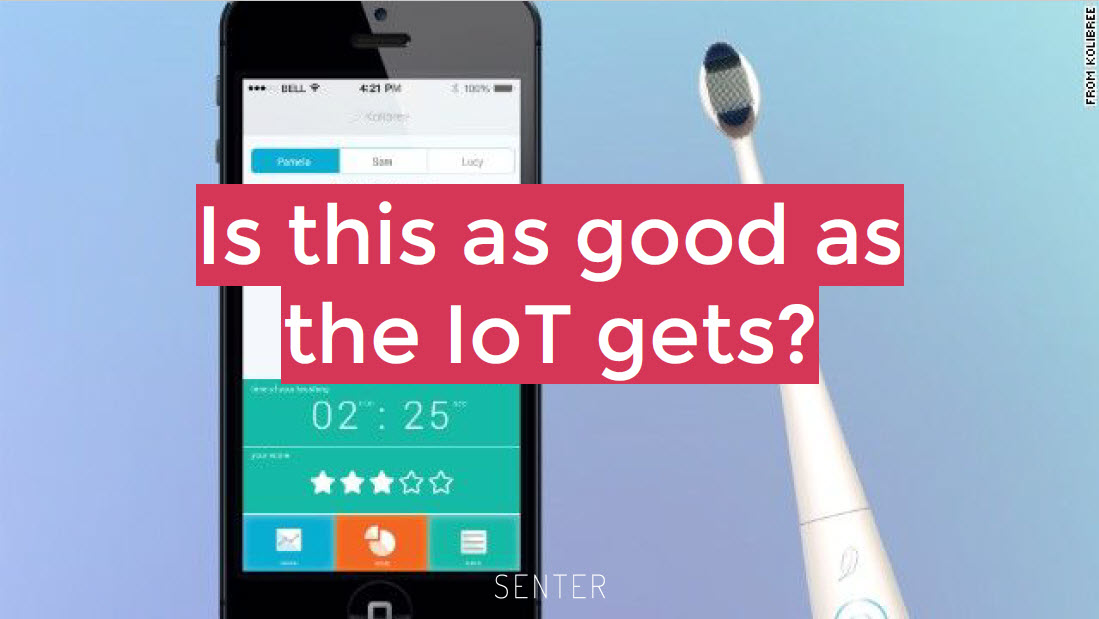 As an example, Sean pointed out connected toothbrushes and fitbits, where both connect to your smartphone through an app and you can see how many times you’ve brushed or how many steps you’ve taken. With these apps, you don’t get the answer to the more important questions, like “Am I getting better? Am I getting healthier?”

Sean elaborated on the difference between a connected device and a smart device. According to him, smartphones aren’t smart, they’re connected. You can get a smartphone to switch on lighting in a room but the phone itself isn’t learning. In comparison, Nest has a thermostat that learns your behavior over time, so it automatically adjusts to save energy.

The difference between the two scenarios is that in the Nest’s case, there is learning and intelligence after connecting. This was the point Sean wanted to emphasize in the current IoT space. 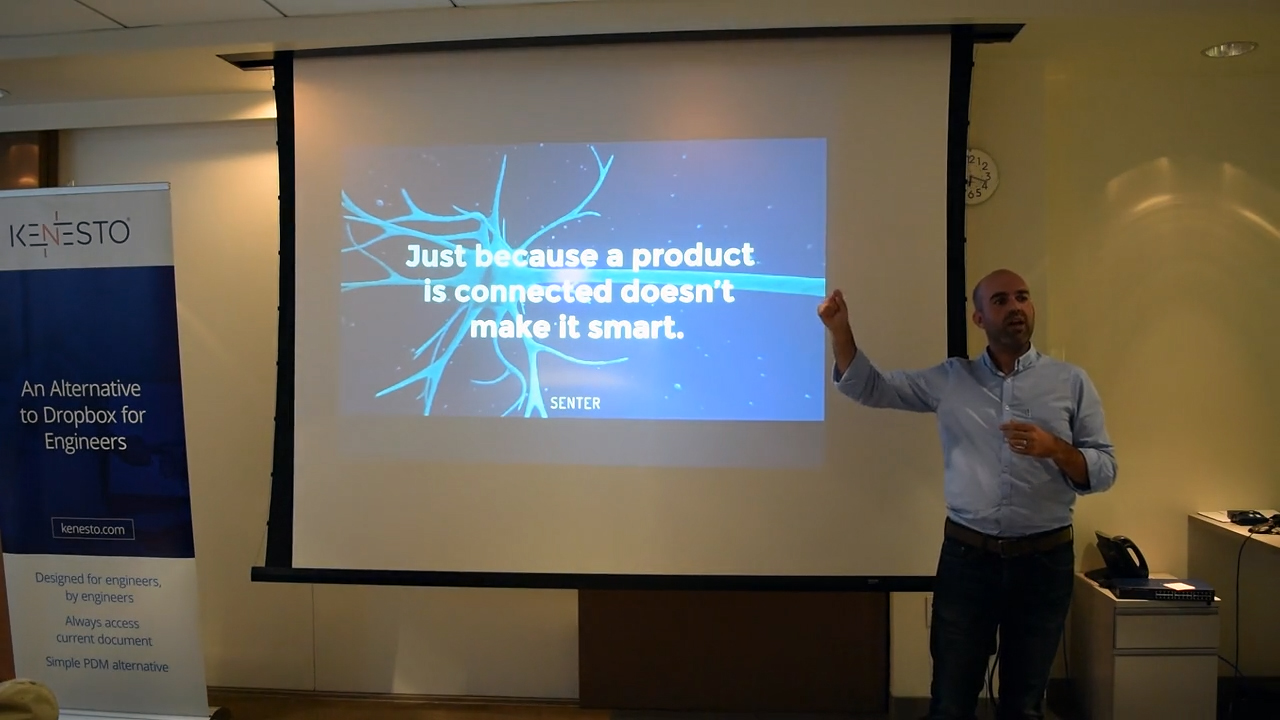 “The reason we’re in that trough is that we’ve got to connect it but we don’t have the smarts. Once we get the smarts, we’ll get out of the trough.” —Sean Lorenz, CEO, Senter

Another issue that Sean highlighted was the prominence of dashboard reporting in the IoT space. According to him, these dashboards are often forgotten after a few uses. “What we need is something that’s more actionable that closes the feedback loop and starts to interact with real-time sensor data [which then] informs a business to drive revenue, to get more customers, and to make happier customers,” said Sean.

According to Sean, there are four important factors in building a smart home: 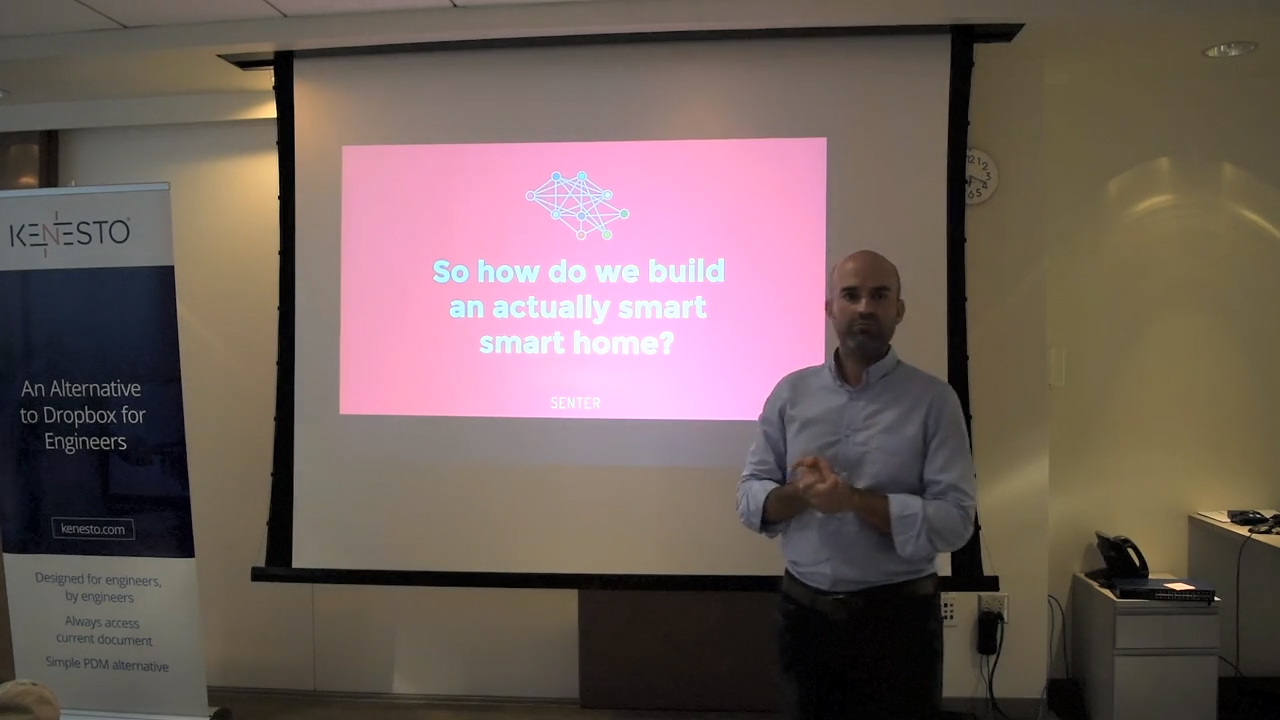 How does this apply to healthcare? 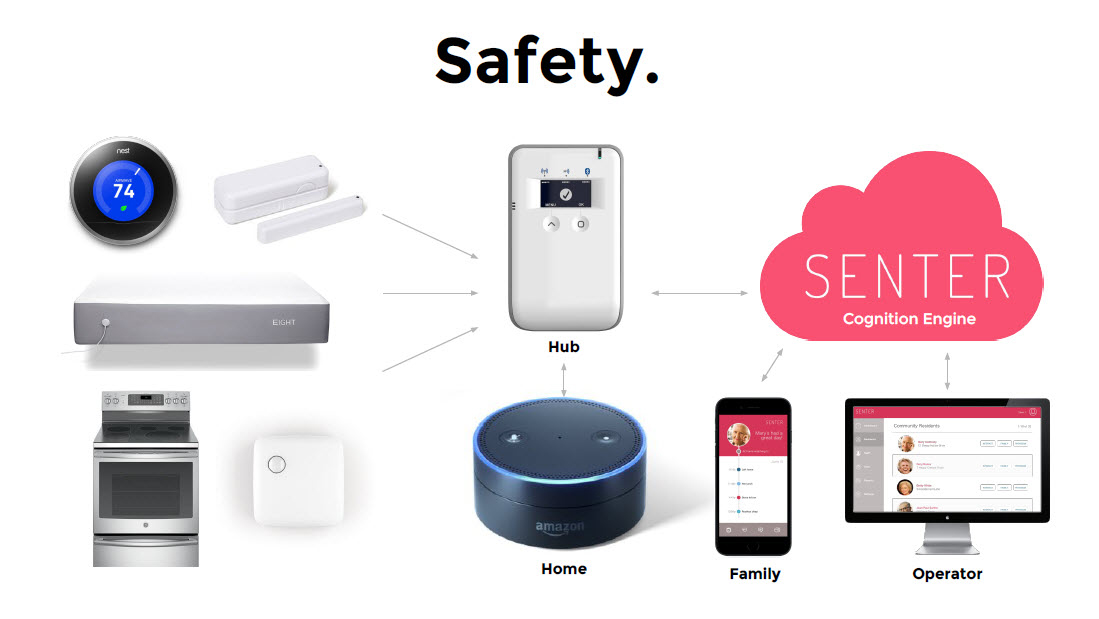 In the slide above, we can use the connected bed to tell if a person is restless, how many times he/she has gotten off the bed, or if the person hasn’t moved on the bed. The connected stove could also turn itself off in case it was forgotten. All of this becomes data, which the hub device aggregates and sends to the cloud for further processing and transmition to all the interested parties. 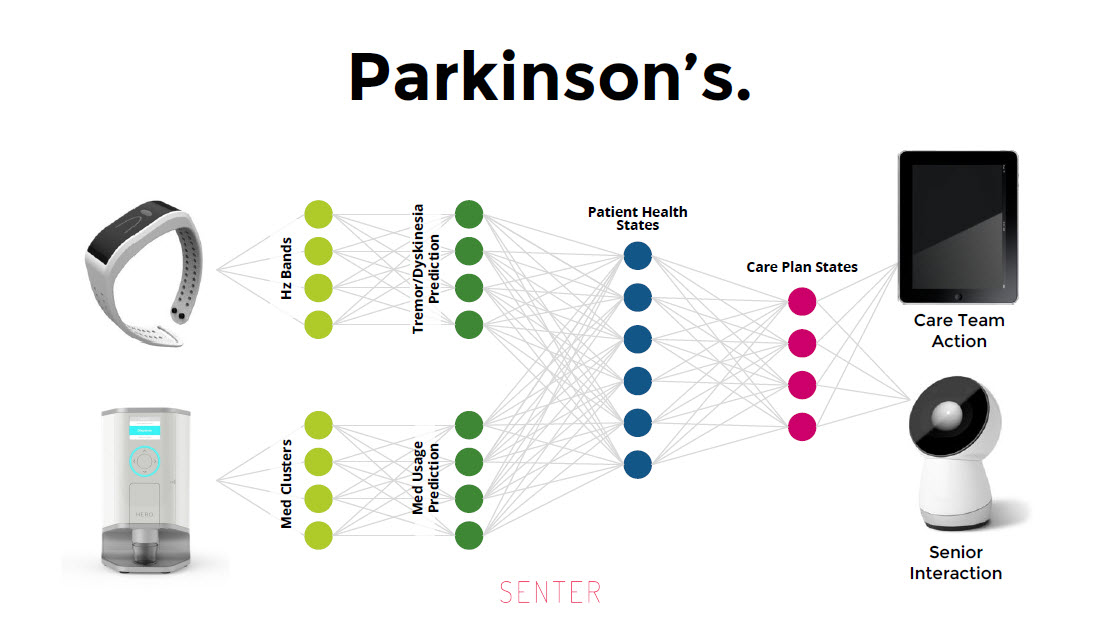 The next example is about measuring whether a person with Parkinson’s disease needs to get his/her dosage adjusted. The system starts off with wrist sensors that measure the severity of Dyskinesia or tremors. Once aggregated and sent to the cloud, data then comes back to the connected pill dispenser, telling it whether there is a need to change the schedule of doses.

How does Predix fit in the mix?

Through GE’s Predix, use cases such as the smart home are made possible. Here, Sean listed some Predix services that could be used: 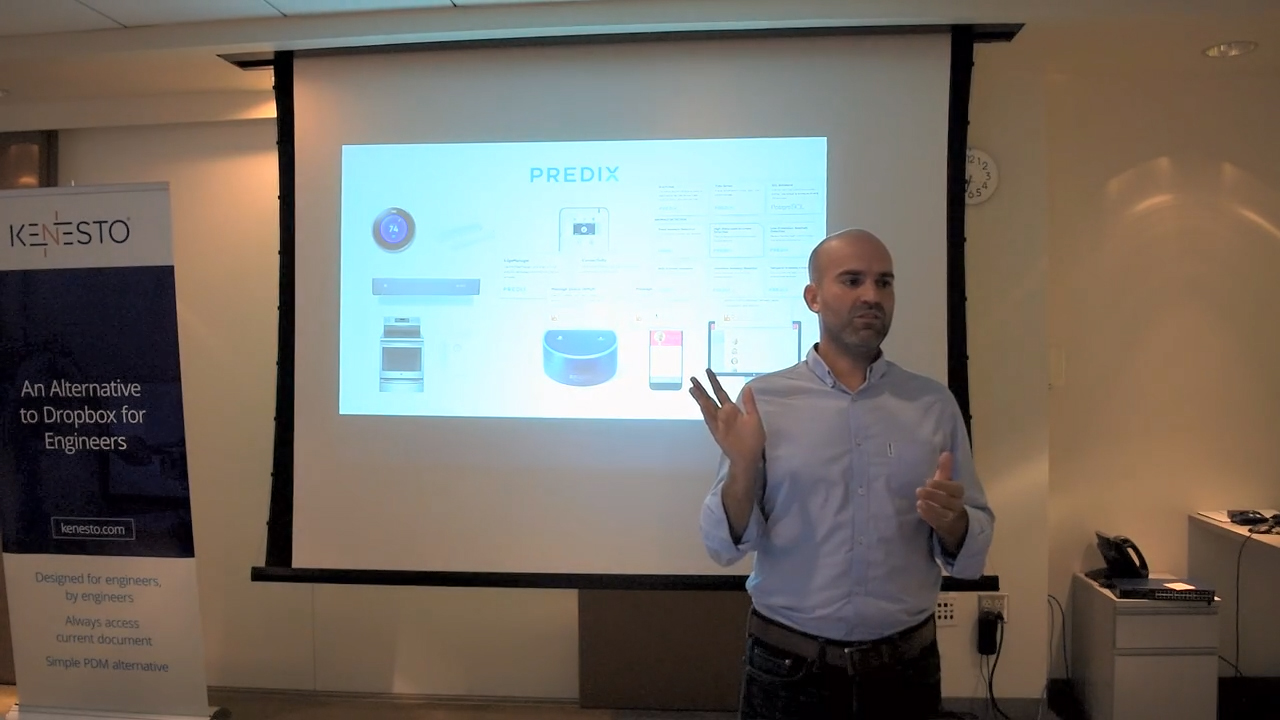 With value-based care, we’re going to see people learn more about health in their homes without having to go to hospitals. As Sean puts it, “we’re going to see a lot more health happening in our house to help reduce that medical cost, to help reduce 20% of the GDP being spent on health in our country by using IoT to see how we live our daily lives.” 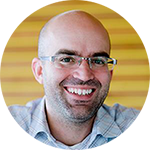 Sean Lorenz is the Founder and CEO of Senter, a startup creating an IoT-cognitive assistant for longer and healthier aging in place. Dr. Lorenz was recently the Director of IoT Market Strategy for LogMeIn’s IoT platform, as well as a co-founder of the TechStars robotics startup Neurala. He has shaped business models and product strategies in several emerging markets, including IoT, robotics, artificial intelligence, and healthcare. He holds a PhD in Cognitive and Neural Systems from Boston University and has extensive knowledge in digital health, natural language processing, brain-computer interfaces, adaptive systems, neuroscience-based computational algorithms, and context-aware computing.
The post is written by Carlo Gutierrez; edited by Sophia Turol and Alex Khizhniak.

Top 100 Quotes from the Cloud Foundry Summit Europe 2016
Next

The Impact of IoT on the Economy and Business Models
CATEGORIES