The Impact of IoT on the Economy and Business Models

by Carlo GutierrezOctober 7, 2016
Here, we talk why the Internet of Things (IoT) is being adopted by multiple industries and what it means for the economy and the future.

What does IoT mean for the economy?

This question was the focus of a talk held at a Predix and IoT meetup in Boston. The presentation was lead by Robert B. Cohen of the Economic Strategy Institute.

As it turns out, it means a lot. Robert did however put emphasis on two main points. IoT introduces many unappreciated efficiencies such as cost cutting and innovations to production. IoT also provides an enhanced competitiveness to firms adopting the technology either through joint products or providing zero defect or zero downtime guarantees. However, some changes to business models will be required—alongside with new employee skills. 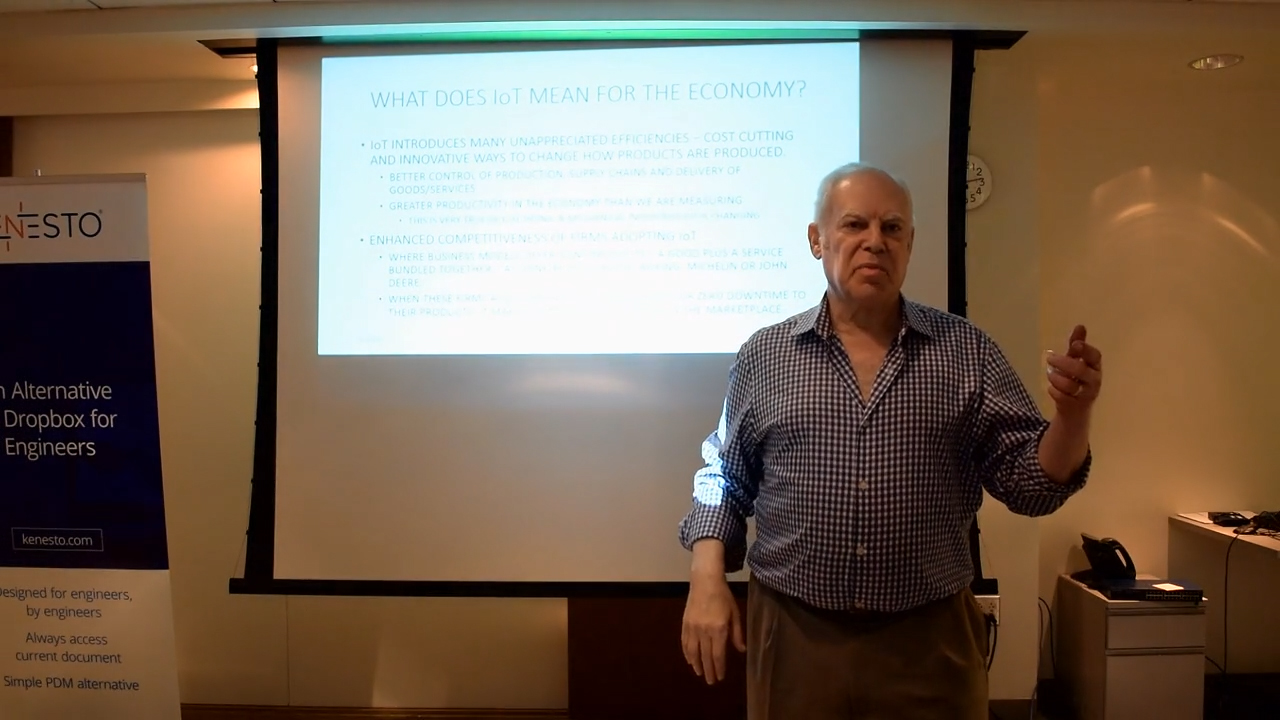 “With predictive analytics, companies will be able to save as much as $400M a year.” —Robert B. Cohen, Economic Strategy Institute

Robert went on to explain how IoT could change the landscape of the electrical, mechanical, and service industries. He listed some of the effects it could achieve: 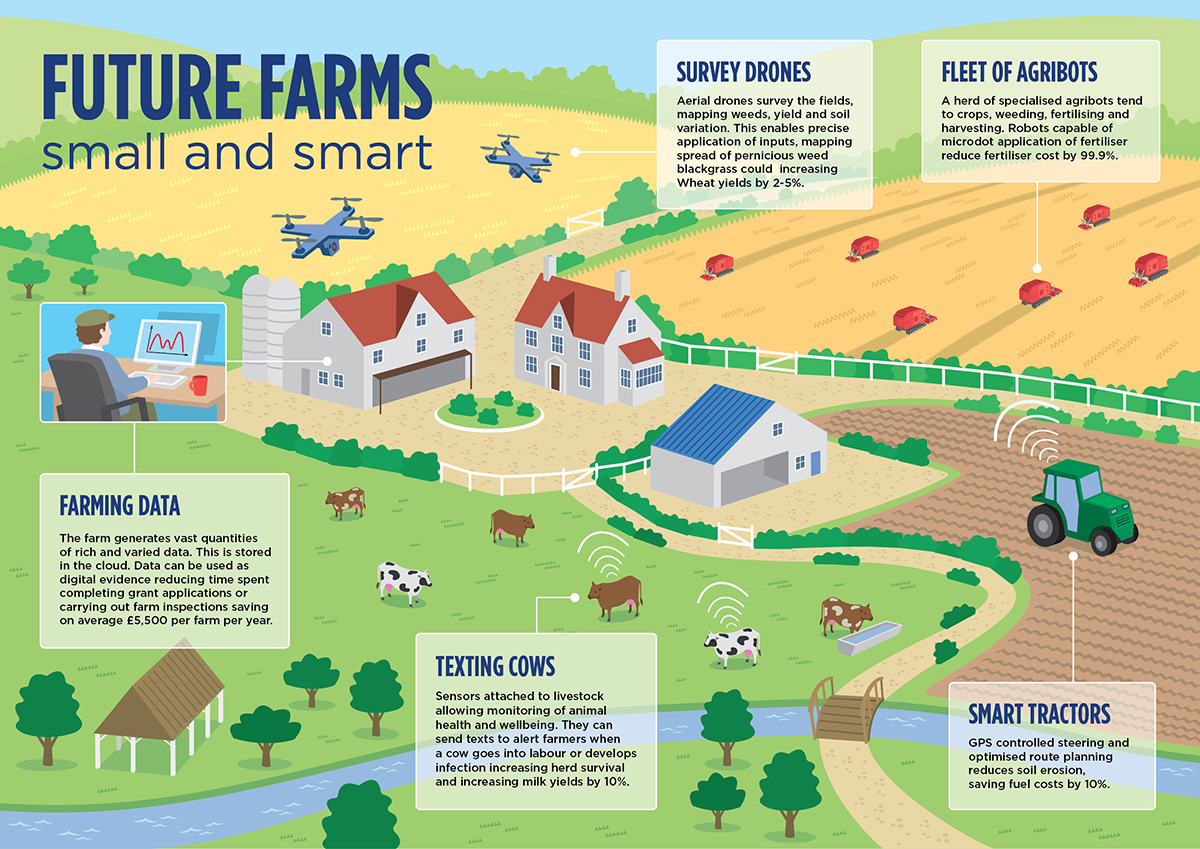 “Precision agriculture can probably increase the efficiency of U.S. farming by over $1B a year. That’s a 10–15% increase in farming revenue.” —Robert B. Cohen, Economic Strategy Institute

Improvements to production and efficiencies

Robert moved on to specific changes IoT had on production.

“Using wireless communications, harvesters can run through a field without a farmer sitting inside them so they can harvest 24 hours a day.” —Robert B. Cohen, Economic Strategy Institute

He then proceeded to talk about new efficiencies.

As an example, he pointed out Rolls-Royce which offers Power by the Hour, a service made possible by having sensors attached to engines that transmit data deviating from the norm.

According to Robert, IoT will not only affect a company’s competitiveness, it will also affect the individual employees. IoT means the inclusion of predictive analytics, real-time analytics, and big data just to name a few. 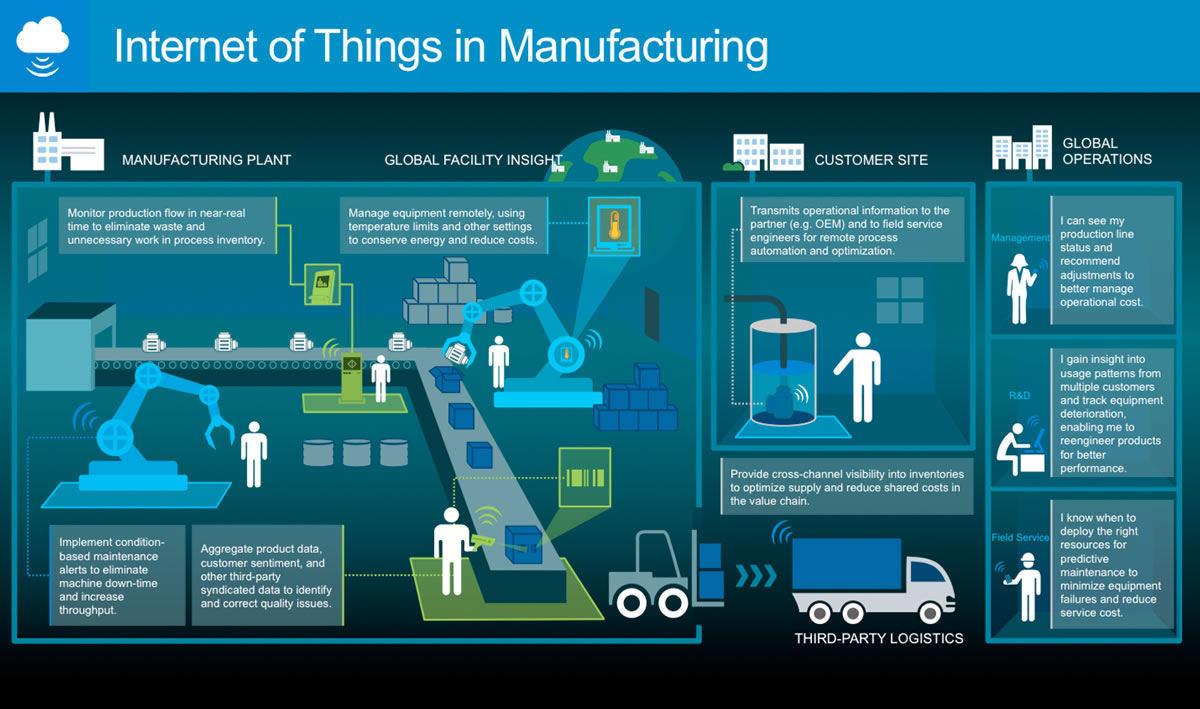 “We will see IoT changing what determines how well a company can compete.”
—Robert B. Cohen, Economic Strategy Institute

With IoT on the rise, companies will be expecting and training their employees to cover skills that weren’t much in demand before.

There will also be changes to business models as more and more companies adopt the trend. 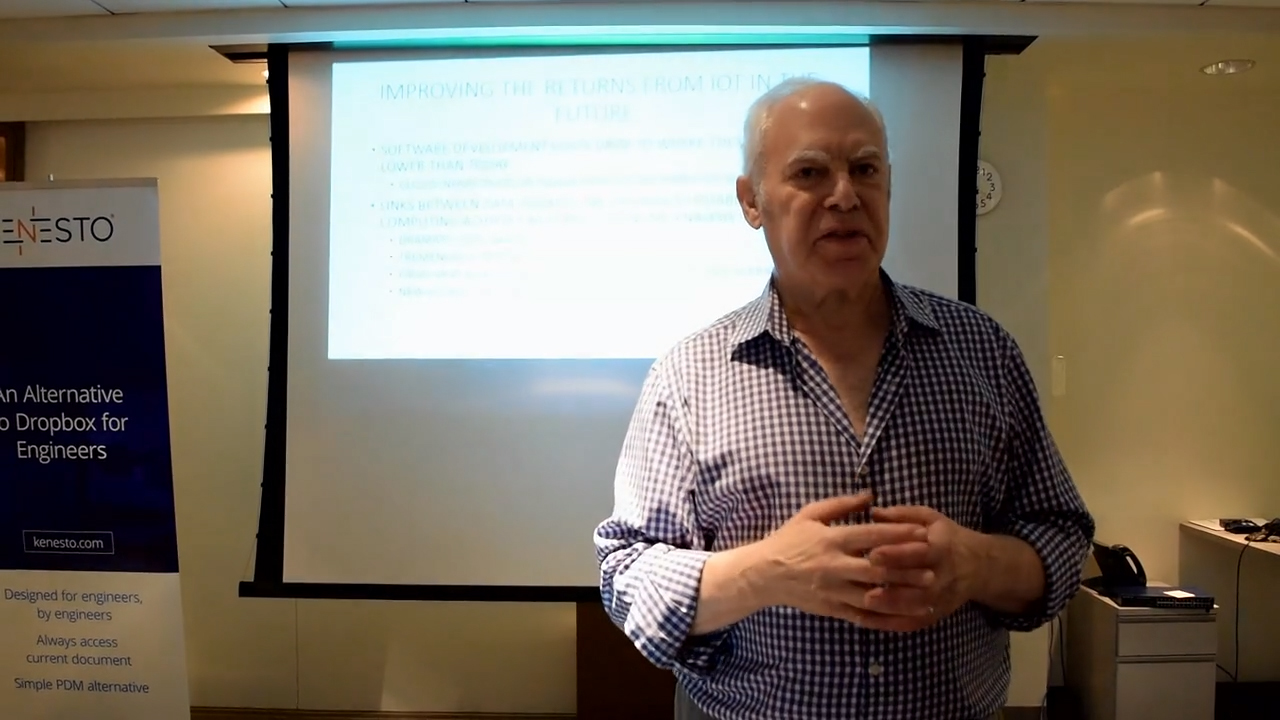 “Companies such as Rolls-Royce and Michelin, as a result of selling the service, control all the aftermarket.” —Robert B. Cohen, Economic Strategy Institute

What the future holds

There’s a lot of things we can expect once more and more companies get involved with IoT. Being able to capture continuously streamed data and analyze it rapidly will make it easier to respond to what would usually be considered as complex events. Continuous service deliveries for software written on cloud computing infrastructure will allow developers to address a malfunction before it causes a disruption. In a word, it’s all about efficiency.

To end, Robert cited Cycle Computing processing decades worth of genome analysis in a few hours. He concluded, “that kind of efficiency is going to drive real change. If we saw a lot of processes that are that long in the economy being chopped down to a fraction of what they usually are, we’re going to see a lot of efficiencies and get things done.”

These are the slides presented at the meetup. 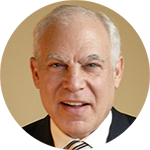 Robert B. Cohen is a senior fellow at the Economic Strategy Institute where he heads a new study, “The economics and business impacts of the ‘New IP,’ on cloud computing, SDN, NFV, big data and the Internet of Things.” This project will evaluate whether cloud computing and the concomitant reorganization of the workplace will result in revenue gains, productivity improvements, and employment / output benefits. In pursuing this analysis, Dr. Cohen is also contributing to the OECD’s digital data innovation initiative and the Ewing Marion Kauffman Foundation’s work on entrepreneurship and jobs. He is a long-term participant in the Innovation for Jobs organization headed by Vint Cerf and David Nordfors. Dr. Cohen has previously served as Director of TM Forum’s Enterprise Cloud Leadership Council.
The post was written by Carlo Guiterrez and edited by Alex Khizhniak.

Bringing Healthcare Home with the Internet of Things
Next

A Panel: How Soon Will We See Blockchain in Finance?
CATEGORIES