by Roger StrukhoffApril 20, 2016
Together with GE, California-based RTI helps to create a general architecture and use case for the Industrial Internet of Things (IIoT). Modern miracles include remote control of robots in heart surgery.

What DDS brings to the table

The future of healthcare is now, with modern marvels being accomplished today, according to a recent Silicon Valley GE Predix meetup presentation by RTI executive Edwin de Jong.

Real-Time Innovations, Inc. (RTI) provides a connectivity platform for the Industrial Internet of Things. The company has applied its DDS (Data Distribution Service) protocol technology to interface with Predix in the healthcare field. Applications include remote robotic control in heart surgery, as well as more mundane patient monitoring and personal, preventive healthcare. The use case is part of GE’s and RTI’s work in the emerging Industrial Internet of Things (IIoT). 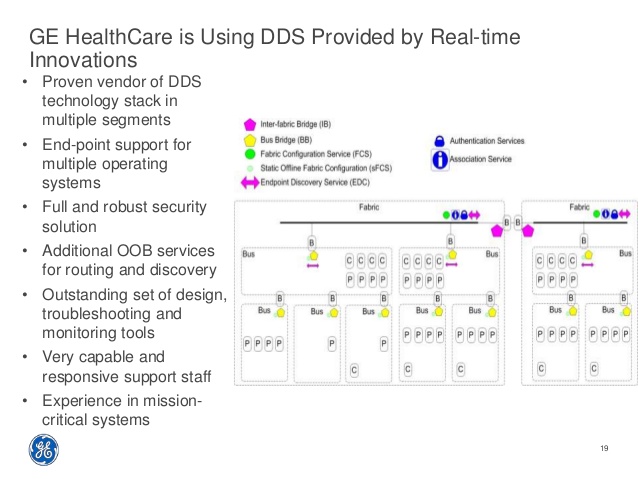 The DDS standard was approved by the Object Management Group in 2003 and has evolved since that time.

“This architecture is already being used in more than 1,000 designs.” —Edwin de Jong, RTI

Requirements to the connectivity layer

The challenge is to get large amounts of data “from the edges of the network to the (Predix) data analytics,” de Jong said.

In a hospital setting, the complex monitoring systems in this use case handle 1.5 gigabytes of raw data generated by each patient per day. The data goes onto a network for potential use throughout the system—respiratory, anaesthesia, diagnostics, cardiology, maternal and infant care, for example—in a distributed manner that involves the use of a publisher / subscriber model and virtual tables, according to de Jong. 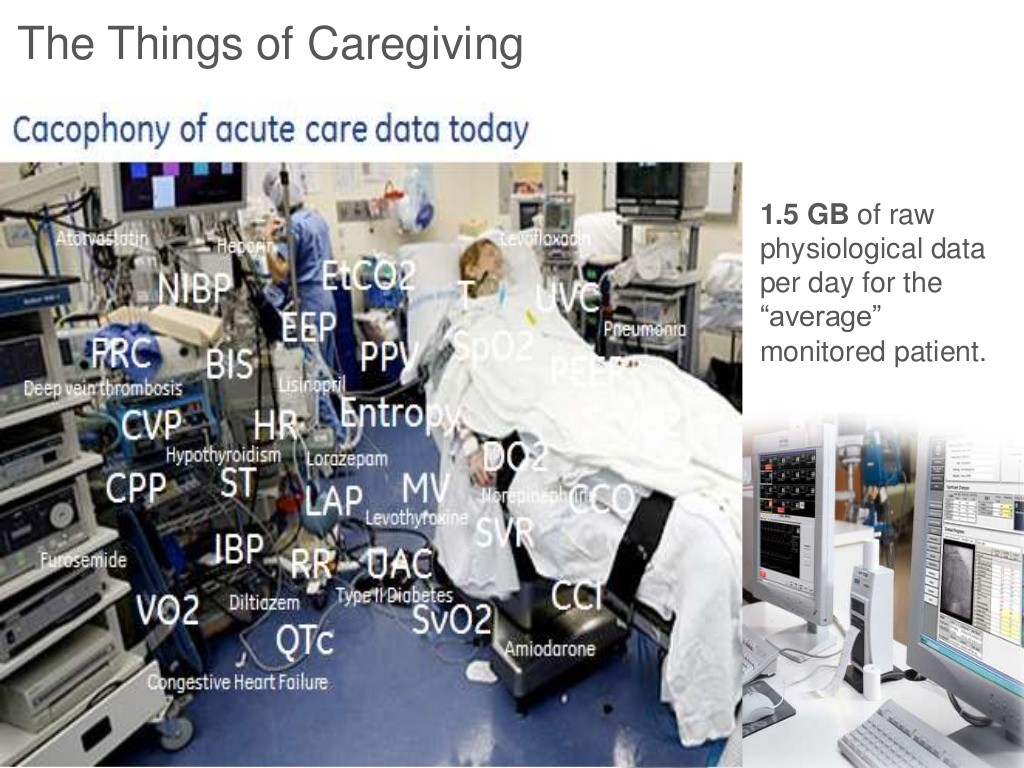 “You need a smart connectivity layer with a great, sub-second response time” to make this work, de Jong said. The system must be robust enough to continue even through temporary losses of connectivity, with some built-in intelligence in the edge devices. Security is a natural priority, given the confidential nature of private patient information. 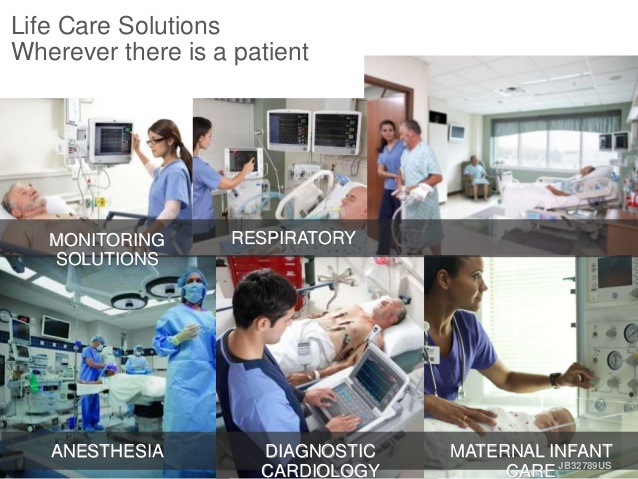 Smart use of all the data

But incisive judgement on handling the mass of data is also required. For example, “not everything needs to be encrypted,” de Jong pointed out. “For example, with CT scans, the control signals sent to the scanner are not confidential, but the system must know the data originates from someone who is authorized. Authentication and authorization are important here, but not necessarily data encryption.” 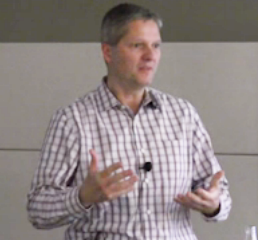 Another type of example comes from the control of robots during cardiological procedures. In this system, a surgeon uses haptic controls to control robotic arms, with updates running at 3 kHz, or 3,000 times per second. Updating at this pace allows the surgeon to view a static image of the heart even as the arms are performing the procedure on a beating heart. This reduces the procedure’s invasiveness, as it obviates the traditional need to stop the heart and put a patient on life support during the surgery.

Meanwhile, updates on the patient’s vital signs can be propagated at 60 times per second, thus reducing the need for CPU power while effectively doing its monitoring work. This sort of Quality of Service (QoS) setting is ingrained in the system, and involve simple settings that can be changed on the fly, de Jong said.

The RTI system is data-centric, which de Jong notes is the key to its usefulness. It is scalable to hundreds of thousands of data points, something that’s required in a hospital setting with hundreds of patients who move around to different departments frequently. It has a central, virtual data bus upon which all the data flows. 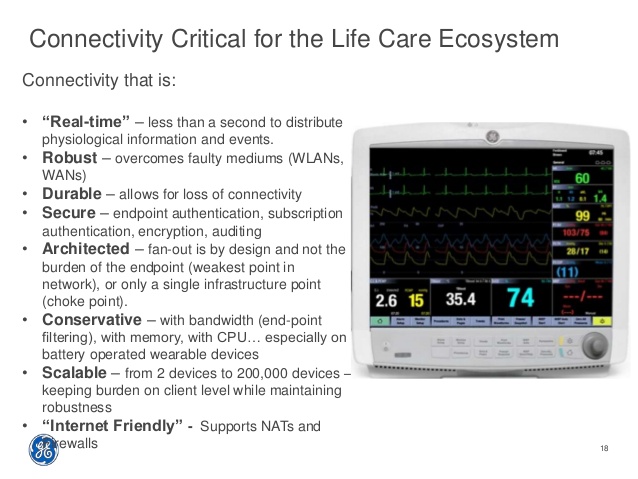 There is no direct interaction among machines, and communication paths are created by middleware based on a discovery model, according to de Jong. The model is the opposite of an object-oriented model that encapsulates data and exposes methods; the data-centric system encapsulates methods and exposes data. The components are not, and need not be, aware of one another; a heart monitor, for example, “just publishes data and doesn’t care who is subscribing to that data,” de Jong pointed out.

The model thus results in a very flexible architecture, in which it’s easy to add more sensors to the system. Examples include not only expansion for more patients, but redundant heart monitors, or the ability to treat patients both locally and remotely. “You can add components even at runtime without making other changes to the system,” according to de Jong. “DDS acts as a peer-to-peer, plug-and-play data bus.”

The data is published and prescribed through an associated schema like a database. “Think of it as a table with fields such as patient info, heartbeat, blood pressure, etc.” de Jong said. “The table doesn’t physically exist anywhere but is present throughout the system.” Predix interfaces with the table at this point, and through a DDS interface gets data from subscribers, then pushes it wherever needed. 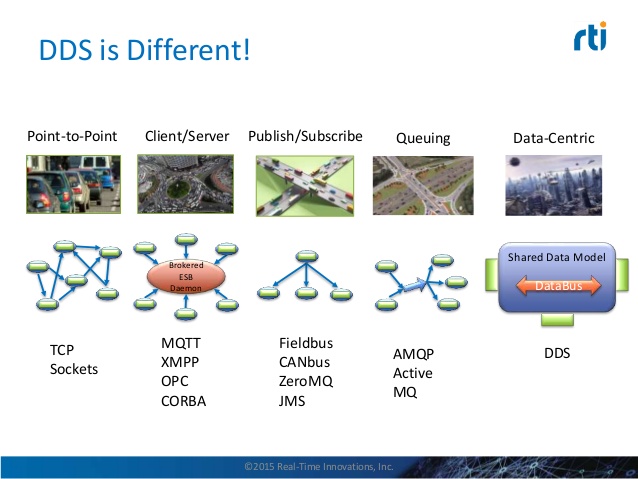 “This architecture has generated more than US$1 trillion in investment to date.” —Edwin de Jong, RTI

The network is the…?

During his presentation, de Jong also noted that this data-centric architecture is already being applied to many fields within the emerging IIoT, including transportation, communications, and defense. It is already in use in more than 1,000 IIoT designs, de Jong said, generating more than $1 trillion in investment to date. 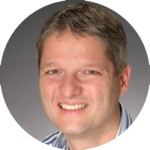 Sinatra Starter for Predix: Ruby App with PostgreSQL and Redis
Next