by Roger StrukhoffApril 13, 2016
There are two worlds: the virtual and the real. Sometimes it's hard to tell where one stops and the other begins, and whether things are really working or not.

When the late Steve Goodman said “this train’s got the disappearing railroad blues” in his great song “City of New Orleans” a generation ago, he couldn’t have anticipated the resurrection of passenger train travel in these modern times.

At least that’s the case in the heavily populated and traveled Northeast Corridor of the United States, where Amtrak carries three times more passengers than all the airlines between Washington DC, New York, and Boston.

Siemens and GE dig the data

Data analytics plays a large role in this revival, with Siemens and GE competing with one another for locomotive sales and data leadership.

Siemens, for example, notes the existence of “two worlds: real and virtual” in describing its approach to analytics with its Vectron locomotives (a product line that is related to the ACS-64 locomotives that Siemens builds in the US for Amtrak).

In what Siemens terms a “digital transformation” with “billions of data points,” the company’s team of programmers, database experts, and implementation managers draws upon the data to provide “a data-driven service offering in the rail sector that is unrivalled in terms of real-time train monitorings, forecasting of wear and failure of components, and analysis of complex vehicle problems.”

Meanwhile, GE Digital is putting its newly opening Predix analytics platform to work in its heavy-haul locomotive line—massive machines that pull 10,000 tons and more along freight rail networks throughout the United States.

The data generated by locomotives, trains, and other “devices” on the emerging Industrial Internet and Logistics Chain “can lead to vital operational insights and untold business value—but only if the data can be effectively captured, analyzed, and acted upon,” according to GE. Predix is built for industrial workloads, the company says, with ultimate goals of helping companies innovate, get to market faster, and build new revenue.

A failure to communicate?

All this leads to an amusing anecdote relayed to me the other day by Altoros CEO , who recently traveled on Amtrak between meetings in New York and Washington, DC. A new Siemens ACS-64 was in evidence, and a delay attributed to mechanical problems actually seemed to be related to diagnostic, data problems. The question is whether the delay was caused by a glitch in the diagnostics, or if the diagnostics prevented something more serious from occurring. Here’s what he wrote to me:

“It is a sunny Wednesday in March. I’m riding on Amtrak while participating in a conference call with a distributed team across 10 time zones, to formulate an approach for rolling out demo applications demonstrating the power of predictive maintenance and the Industrial Internet.” 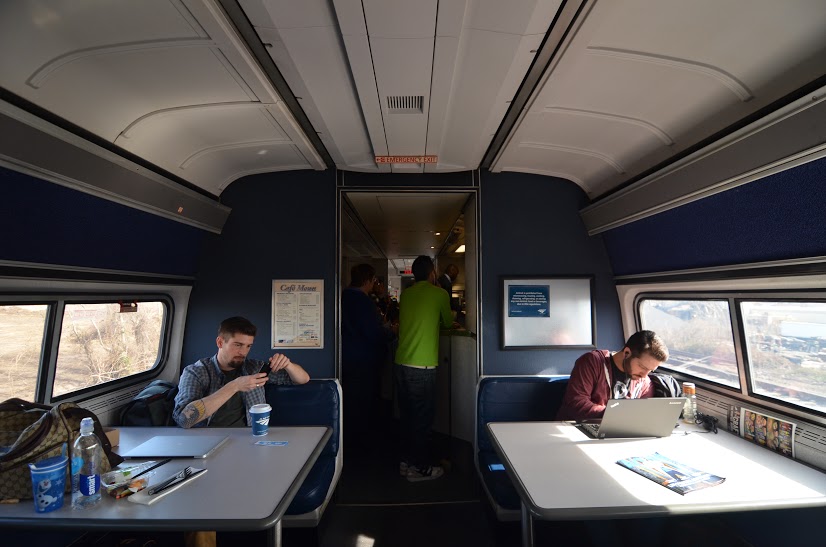 “Suddenly the Northeast Regional # 125 starts rapid deceleration. Very quickly it comes to a complete halt. I’m inside of the restaurant car of the train occupying the entire bridge across a busy Pulaski Hwy, just three miles off of the Baltimore Amtrak station.” 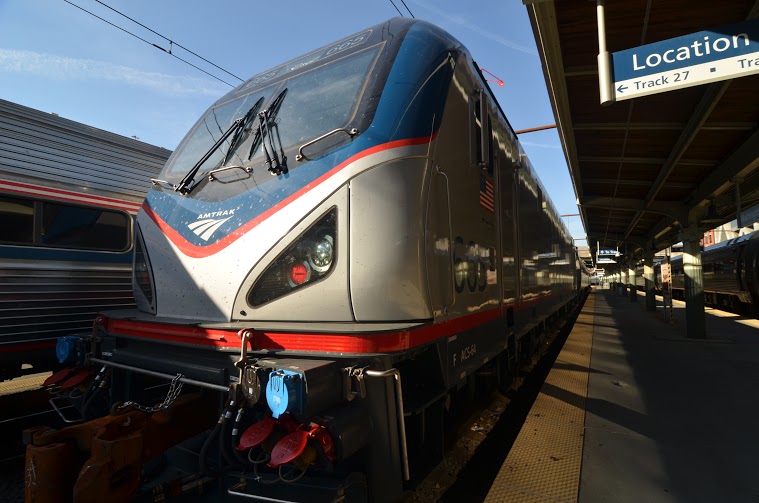 “After nearly five minutes of silence, the voice in the speaker says that the locomotive is experiencing mechanical problems, and is being diagnosed. Thirty minutes later, the locomotive starts moving slowly, and then stops again. Five more minutes, and it starts moving again.”

“I asked the conductor inside of the train to provide any details about what happened beyond the ‘mechanical difficulties with the locomotive.’” He declined to comment. 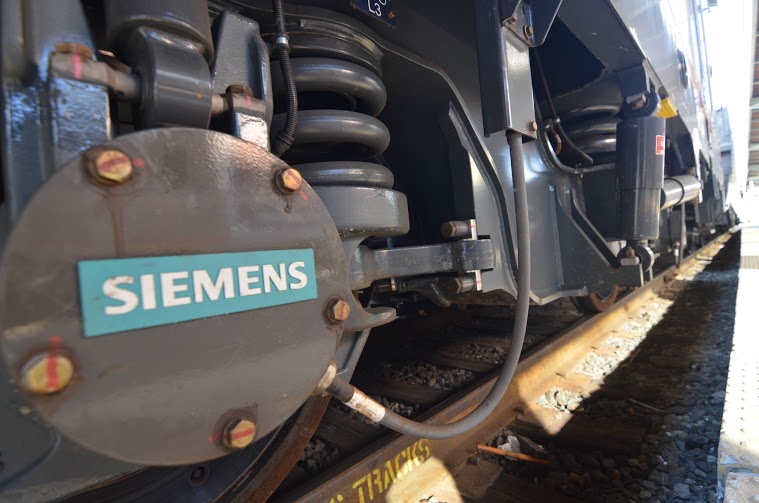 Upon arrival in Washington, DC, the locomotive was promptly detached from the train, and left the scene. I then approached an Amtrak technician (who wished to remain anonymous) waiting nearby in a small golf-sized electric car. He told me that the ACS-64 had a failure of one of the components while en route. As the crew wasn’t sure whether it was safe to continue the trip, it was decided to immediately stop to diagnose the problem.”

“Shortly thereafter, a GE Diesel locomotive arrived to replace the ACS-64. The technician says ‘gotta go,’ climbs it quickly, then went on to attach this GE P42DC (GENESIS Series I) locomotive #16 to the NE 125 train. These sturdy systems were built between 1992 and 2001 for Amtrak.”

“NE125 is now ready to continue its route to its final destination in Virginia.”

As Siemens says, there are two worlds: real and virtual. The virtual, often abstract world is where people in our business of developing software and systems live. The real world is where our grand experiments and inventions are put to the test.

A related insight to the anecdote here comes from Verizon, which carries a lot of this emerging data, and which gets involved in the transportation business as a result: “When you’re transporting passengers or potentially hazardous materials, safety is critical. That’s why the federal government (required) railways to install ‘positive train control systems’—integrated command, control, communications and information systems for controlling train movements—by the end of 2015 on some routes.”

“The new system remotely communicates with locomotives, sending and receiving commands. The system has helped to drastically improve safety and security by allowing railroads to track and monitor locomotives through GPS and, if necessary, to stop them. In addition to preventing accidents, the technology can help rail lines improve on-time performance and save on fuel costs.”

The Complexities of Positive Train Control in the Rail Industry (image credit: Verizon)

The Siemens-built electric locomotives, known as the Amtrak Cities Sprinter, are assembled at a solar-powered rail manufacturing plant in Sacramento, Calif. The equipment includes parts built from Siemens plants in Norwood, Ohio, Alpharetta, Ga., and Richland, Miss., and nearly 70 other suppliers, representing more than 60 cities and 23 states.

The new locomotives are designed “for improved reliability and easier maintenance leading to faster turnaround times and increased availability for service,” according to Siemens. “A state-of-the-art microprocessor system performs self-diagnosis of technical issues, takes self-corrective action and notifies the locomotive engineer. In addition, there are redundant systems to ensure power is maintained to the passenger cars to keep heating and cooling systems working, the lights on and the doors operational.”

The locomotives are also designed to be energy-efficient, and use a regenerative braking system to feed energy back into the power grid. Together, this line of locomotives could save over 3 billion-kilowatt hours of energy and could result in more than $300 million in savings over 20 years, according to Siemens.

The new locomotives replace older equipment that have between 25 and 35 years of service and average mileage of more than 3.5 million miles traveled with some approaching 4.5 million miles.

Please be aware that Altoros is hosting a series of meetups on the topic of GE Predix (Industrial Internet) over the course of this year. Meetups are currently planned in Atlanta, Boston, Chicago, Cincinnati, Dallas, Detroit, Houston, Milwaukee, New York, and Silicon Valley. You can go to meetup.com to learn about when we are coming to your area.

Introduction to IBM Bluemix OpenWhisk
Next