by Sophia TurolAugust 22, 2018
A multimodal sentiment analysis poses an alternative to a conventional one, capable of processing text, visual, and audio data in a single workflow.

Sentiment analysis is a widespread approach to gaining valuable insights based on mostly textual data. The approach has become one of the essential ingredients while developing recommendation engines and chatbots, analyzing customer feedback, etc. Sentiment analysis is also used to enable predictive analytics and estimate budgets in finance, for instance. 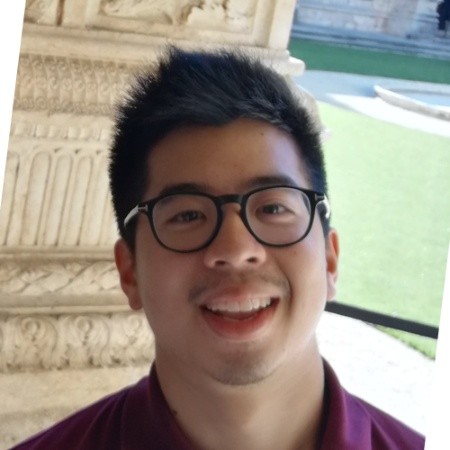 With the proliferation of social media, traditional text-based sentiment analysis adopted more complex models to aggregate data in its diversity of forms—text, still images, audio, videos, GIFs, etc. At the recent TensorFlow meetup in London, Anthony Hu of Spotify introduced the audience to a novel approach of multimodal sentiment analysis. With deep neural networks combining visual analysis and natural language processing, the goal behind this approach is to infer the latent emotional state of a user.

What is a multimodal sentiment analysis?

Apart from textual data, multimodal sentiment analysis inspects other modalities, specifically audio and visual data. So, the method can be bimodal or trimodal featuring different combinations of either two or three modalities—text, audio, and video—respectively.

As with the traditional sentiment analysis, one of the most basic tasks in multimodal sentiment analysis is classification of different sentiments into such categories as positive, negative, or neutral. However, various combinations of text, audio, and visual features are analyzed under the multimodal approach. For this reason, there exist three fusion techniques that help to execute analysis: feature-level, decision-level, and hybrid fusion.

Feature-level fusion, aka early fusion, aggregates all the available features from each modality and puts them together into a single feature vector, which is then fed into a classification algorithm. Though, one may experience certain difficulties with integrating heterogeneous features under this technique. 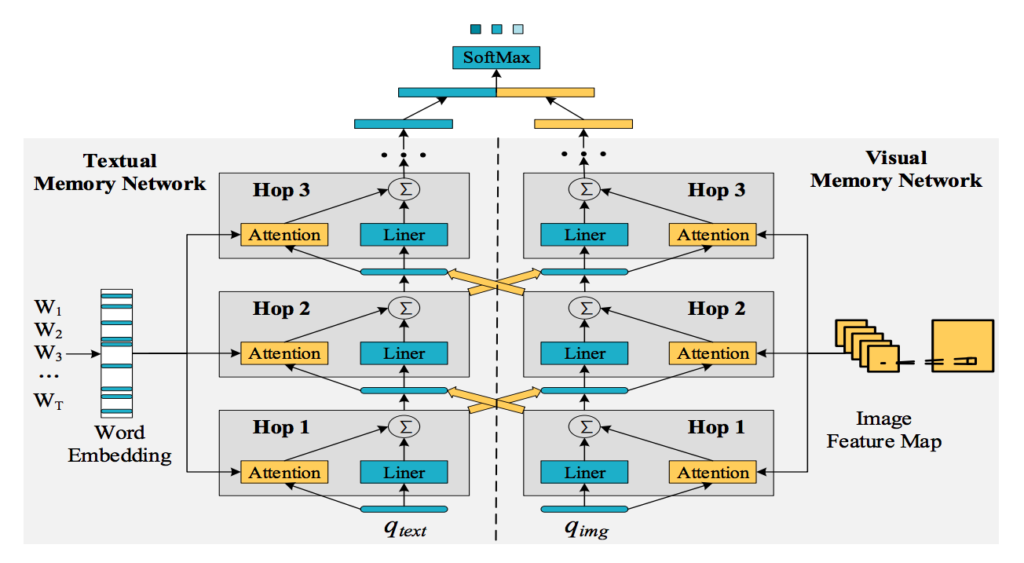 Naturally, hybrid fusion represents a combination of feature-level and decision-level techniques. Usually, it’s a two-step procedure with the feature-level fusion initially performed between two modalities and the decision-level one applied as a second step to fuse the initial results with the remaining modality.

In practice, a multimodal approach can be exhausted in the development of virtual assistants, analysis of YouTube video reviews, emotion recognition, etc. In the latter case, multimodal sentiment analysis might be of a great help to healthcare when detecting the symptoms of anxiety, stress, or depression.

In his research on applying multimodal approach, Anthony and his fellow team members built a data set based on Tumblr—a microblogging service where users post multimedia
content usually accompanied by images, text, and tags. These tags can be viewed as a an emotional self-report of a user. This is essential to the research, as its goal was to predict an emotional state of a user rather than sentiment polarity.

Using the Tumblr API, the team searched for emotions through each tagged post from 2011 to 2017. By filtering out non-English blog posts, the team has come up with a total of approximately 250,000 articles. As a result, the data set comprised 15 different emotions form the PANAS-X scale and the Plutchik’s wheel of emotions. 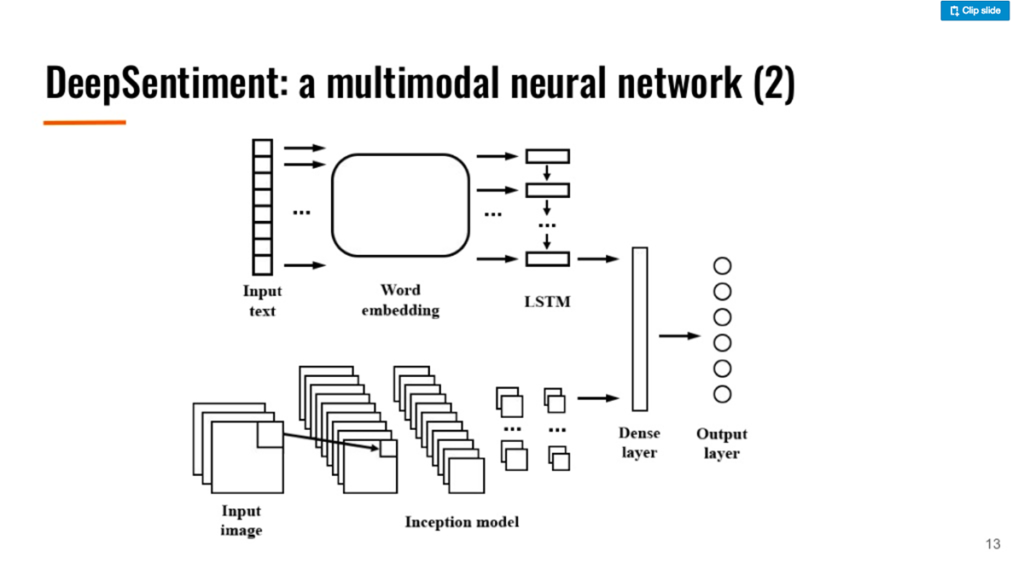 A high-level architecture of a multimodal neural network (Image credit)

The text-based data was aggregated using the means of natural language processing. The recurrent neural networks utilized had a temporal awareness of what was said before in a context.

“To understand someone, you’ve got memory, and you know the context, so you are aware of what the person said before. So, you have to keep track of that, and we use recurrent neural networks for that.” —Anthony Hu, Spotify

In the very case, the text of a Tumblr blog post was broken down into a sequence of words that were embedded into a high-dimensional space to preserve semantic relationship and then fed
into a long short-term memory layer.

Training the model with TensorFlow

To read data in a parallel thread, thus ensuring it is always ready to be consumed, TFRecords—a binary file format used by TensorFlow were used for fast data processing. The TFRecordDataset consumes TFRecords and automatically creates a queue for training.

Before experimenting with multiple modalities, the team first utilized random guessing, which resulted in 11% of accuracy, and trained a purely image model, which achieved 36% of test accuracy and 43% of train accuracy. This way, the multimodal approach significantly outplays all the other models employed. 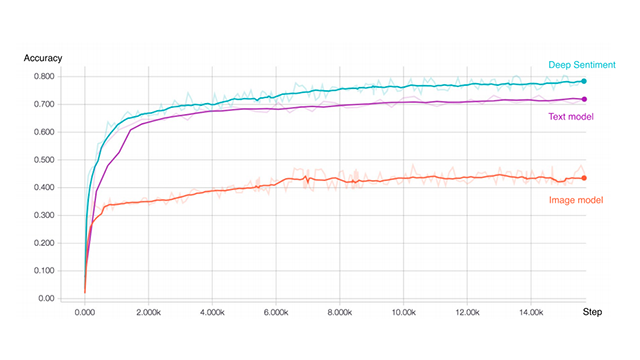 To validate how well the system recognizes different shades of emotions, the circumplex model was applied. This model suggests that emotions are distributed in a two-dimensional circular space with arousal and valence dimensions. The arousal dimension represents the vertical axis, while the valence one embodies the horizontal axis, and the center of the circle is a neutral valence and a medium level of arousal. 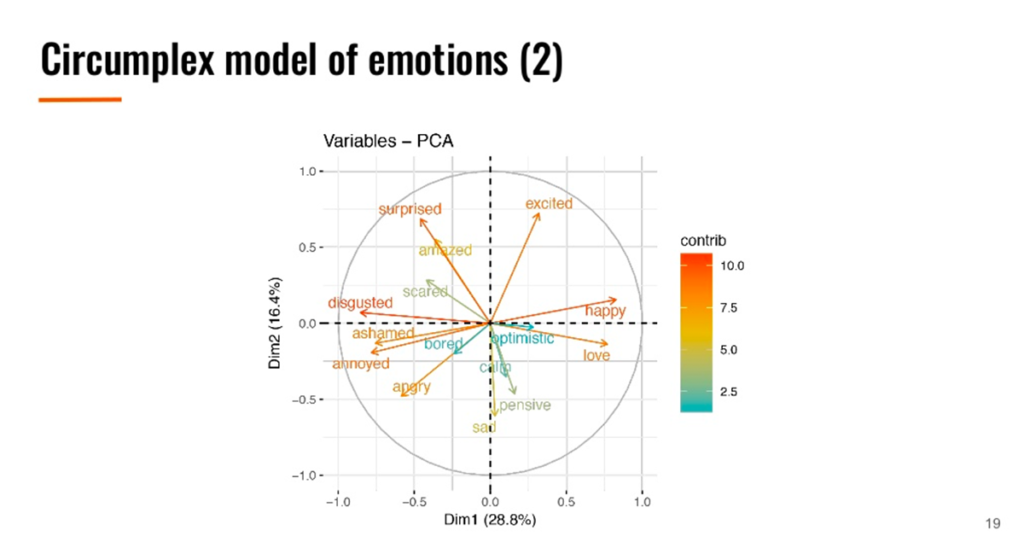 It’s important to note that no validation set was used to tune hyperparameters, meaning that better performance could be reached. Anthony and his colleagues published a research, where they detail the approach and the findings.

Anthony Hu has joined Machine Intelligence Laboratory at the University of Cambridge to work on computer vision and machine learning applied to autonomous vehicles, more precisely in scene understanding and vehicle’s interpretability. Previously, he served as a research scientist at Spotify where he worked on identifying musical similarities at a large scale using audio. Anthony holds MSc in Applied Statistics from the University of Oxford. Prior to that, he went to Telecom ParisTech, one of the top French public institutions of higher education and research engineering.

DataOps: The Challenges of Operating a Machine Learning Model