A A A
Home page » News/Opinion » Enterprise Ethereum Alliance Disrupts Things in Blockchain. Or Does It?
Contents
936
0 Comments

Enterprise Ethereum Alliance Disrupts Things in Blockchain. Or Does It?

by Roger StrukhoffMarch 3, 2017
Ethereum commits to private blockchain for business. It has created a direct challenge to the Hyperledger Project in the process. Or maybe not.

To disrupt or not to disrupt? That is the question I have as I wrap my head around this week’s Enterprise Ethereum Alliance (EEA) announcement.

The announcement should be quite disruptive to the Hyperledger Project and its proponents, if for no reason other than it injects some new confusion into an already confusing topic. 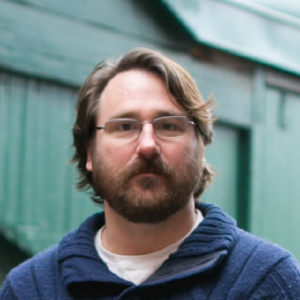 But maybe not. Writing for Monax, one of the Alliance’s members, company CEO Casey Kuhlman says he views the EAA and Hyperledger relationship as complementary rather competitive:

“Yesterday, we announced that we will be joining Hyperledger and submitting (a) codebase for incubation. Today we’re announcing formally that we’re joining (the EEA). Are these competitive? Not in our view.”

“We view the Enterprise Ethereum Alliance as a standards body and we view Hyperledger as a natural home for housing the implementation of those standards.” —Casey Kuhlman, Monax

“This not only allows for a plurality of views to be formulated according to the various governance rules set up by those consortia, but also it enables a resilient ability for enterprise users of smart contracting technology to participate in either the standards or (a single) implementation of those standards in a manner which is suitable for them. In other words, at this point in time more options are likely better.”

Furthermore, given its support by JP Morgan and focus on financial services, Ethereum looks to be a supporter of the status quo, and not disruptive at all in the big picture. It aims to simply reduce costs throughout the industry rather than serve as a launching point to disrupt it.

Yet the EEA was formed with a disruptive membership model: there are no upfront fees, with expected contributions to come from “the kindness of strangers,” that is, from member donations. This seems very disruptive to the Linux Foundation, for example, which carries the Hyperledger Project within its vast purview.

Casey makes the intuitive point in his blog post that more options are likely better in these early, Wild West days of distributed ledgers and blockchains. Of course, everyone will tell you that competition is the great enabler of our capitalist system, while despising their own competitors and wishing they would go away. Similarly, we know the familiar expression, “everyone loves standards, so much that everyone wants one of their own.” 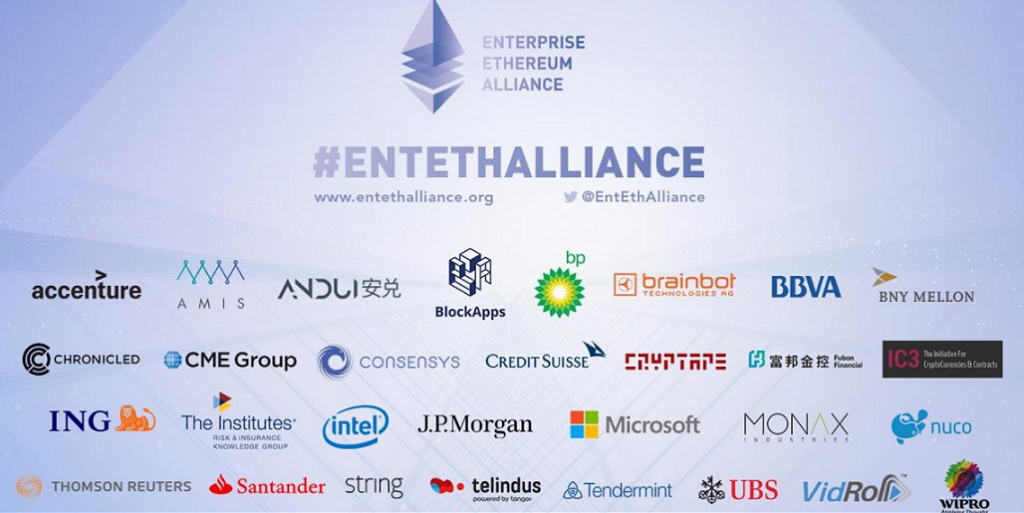 I dredge up these ancient examples as a way for us to also remember that the “best” product or service doesn’t always win. The Internet Superhighway is littered with great products that didn’t make it for one (often illogical) reason or another.

We’re positioned at that moment in blockchain history when the big ideas have emerged, sides have been chosen, and fights for technical progress, mindshare, and killer apps are on. Now we can think about which blockchain will ultimately emerge as the winner, as well as whether a new way to build a consortium will prove out to be a “better” way and/or a winning way.

Those issues aside, though, the crux of the matter is found with consensus and validation, in my view. The most known cryptocurrency—the granddaddy of this industry—employs its notorious proof-of-work (PoW) validation to create consensus and an immutable block on the chain. That proof has increased in complexity to require enormous computing resources to validate each block, an effort that may seem inefficient but remains profitable as the prices of cryptocurrencies continue to rise.

So, it’s noteworthy to see how other prominent blockchain initiatives go about their consensus and validation in a different way. Hyperledger, for example, has been using what’s known as Practical Byzantine Fault Tolerance (PBFT), literally a byzantine term that requires several approved validators to agree on a transaction’s legitimacy.

As its most prominent incubation, Fabric, nears a Version 1.0 release, the Greek generals will be cast aside in favor of a Proof of Elapsed Time (PoET) schemata that allows a transactor to work with specific approved validators or even a single one. This is aimed to shorten the time required to validate transactions and enable scalability along the way.

Then there’s Ethereum, which currently uses PoW to mint its ether units, but which is aiming toward something called Proof of Stake (PoS) in its upcoming Casper release. Vlad Zamfir of Ethereum first described this in 2015, and gave a presentation at a meetup in New York in 2016.

The PoS concept requires validators to back their presence with a final commitment, which they would lose if they got up to any funny business. The process itself is said to integrate a Byzantine fault-tolerant process with game theory, according to original Ethereum developer Vitalik Buterin.

Another prominent blockchain, R3CEV Corda, takes a strategic approach of achieving consensus merely within the parties of a transaction, rather than the entire blockchain, and says it is flexible in the mechanism.

Remembrance of things past

This may be analogous to the great electrical current wars of the late 19th century, in which the two giants, Westinghouse and Edison, fought over whether alternating or direct current (AC or DC) should be used to wire the United States. DC was more efficient, but AC was safer and has allowed generations of equipment to be timed internally to the predictable AC clock.

Or maybe it’s more analogous to the great operating system battles of the 70s and 80s noted above. 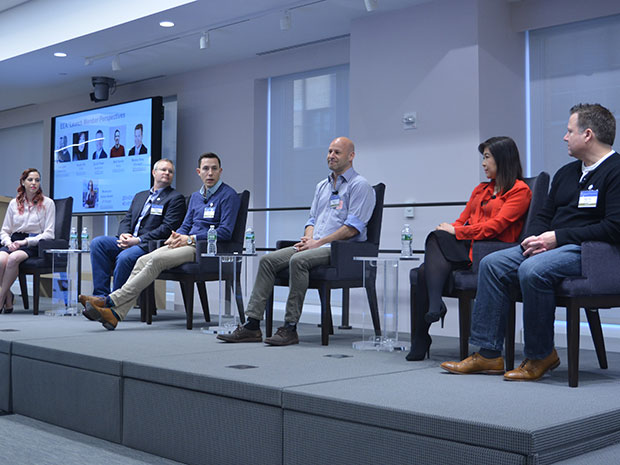 Let’s figure this out

In any case, the fact is that the way to execute most fundamental aspect of a distributed ledger—the ability to agree on whether a transaction is good or not—is not only far from decided, but shrouded in the mists of abstruse technical discussions.

There is no consensus about consensus, and a foolproof, elegant validation method has yet to be validated.

Yet blockchain technology in general remains a potentially disruptive force, as it can be used by an emerging generation of fintech companies who threaten to put traditional financial institutions out of business. With 30% of the Global 2000 companies worldwide providing financial services of one sort or another, this is as Schumpeterian a big deal as anything since the automobile.

In specific contrast, Ethereum’s new efforts to save traditional financial institutions some money seems incremental and positively staid. It is also a Janus-faced phenomenon, as the mining of ether will not cease.

Ethereum’s confusing new goal, should its backers choose to accept it, is to become the global leader in both permissionless consumer blockchain networks and permissioned corporate networks. Change the world utterly on one hand, improve it just a little bit on the other.