by Carlo GutierrezNovember 22, 2017
One of the world's oldest insurance companies reduces the development-to-production cycle from eight days to 20 minutes.
Why read this?
Use Case for Cloud Foundry:

The insurance provider for the American Automobile Association (AAA) uses Pivotal Cloud Foundry to speed up deployment frequency by over 1,000%.

Break transformation disbelief by building something that works and is better than the current system.

CSAA Insurance Group is one of the largest insurance providers in the United States serving over 17 million AAA members. In 2015, the company wrote $3.3 billion in premiums.

CSAA Insurance Group can trace its origin all the way back to 1900, where it all started with a meeting between automobile enthusiasts at the Cliff House in San Francisco. The organization began offering automobile insurance in 1913 and homeowner insurance in 1974.

Several organizations shared their success stories during the Cloud Foundry Summit Europe 2017. Among these companies is CSAA Insurance Group, an insurance provider for the American Automobile Association, Inc.

Kyle Campos, a Technology Operations Manager, took to the stage and explained how the company began their digital transformation journey back in 2012, and how they are now rolling out new applications within three days using Pivotal Cloud Foundry. 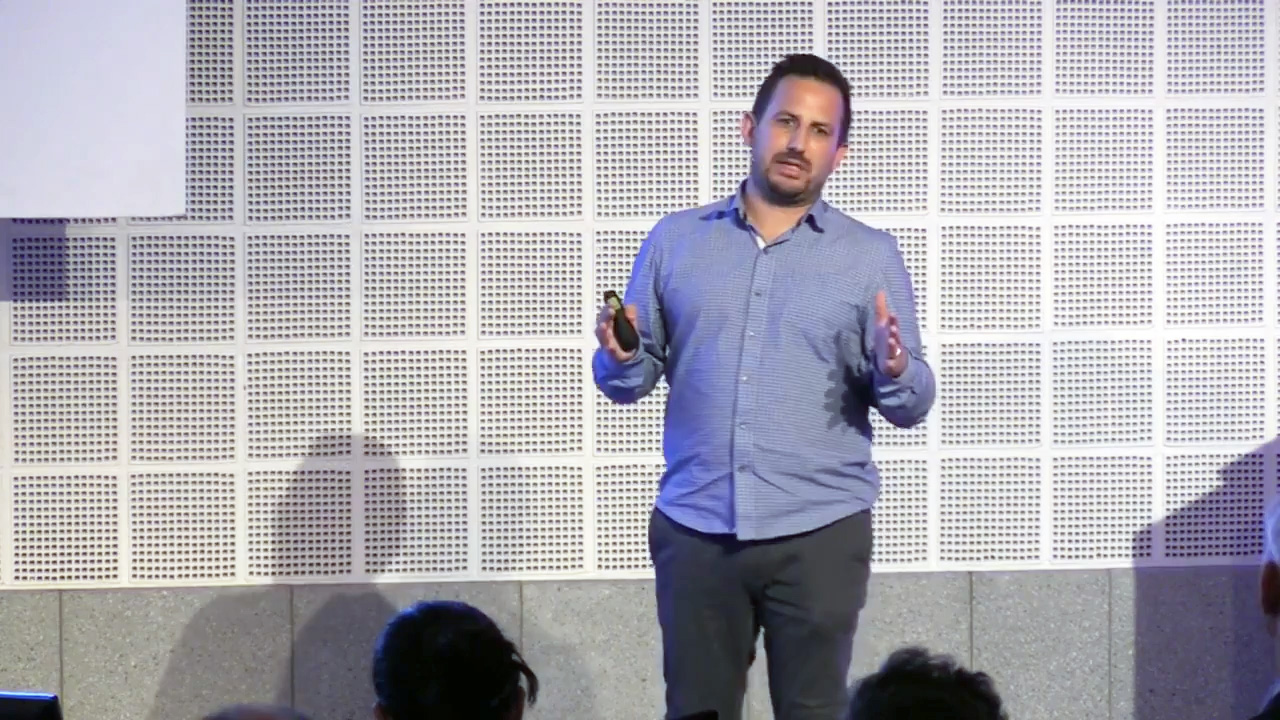 “If you thought getting people to believe transformation is possible was tough, wait until you try and convince people that you actually accomplished successful transformation.”
—Kyle Campos, CSAA Insurance

The early days of the CSAA Insurance’s transformation were devoted to looking at the current pain points within the organization. According to Kyle, CSAA Insurance had the following issues:

On top of this list, there was an even bigger issue with the culture at work. “The worst part of it was that almost no one believed it could be any different,” said Kyle. “The ones that did believe it could be different were either powerless or didn’t have the insight or ability to help in any meaningful way.”

In this scenario, deployment of new applications would take at least a week if everything ran smoothly. Patches were rolled on a quarterly basis. All in all, it could be better.

Next, the most significant change for the team began with collaboration with Pivotal Labs, as Kyle noted. Through these engagements, the organization was introduced to Agile development and Cloud Foundry.

CSAA Insurance’s first foray into Cloud Foundry was with Pivotal CF on-premises. This was quickly shut down before even touching production.

“After the deal was signed, we were told ‘you guys are actually thinking of using this thing that we spent a bunch of money on in production? That’s not going to happen’,” explained Kyle. “Needless to say, we were bummed out about that. This was not just a dev project for us to prove that we could deploy to our dev environments quickly.” 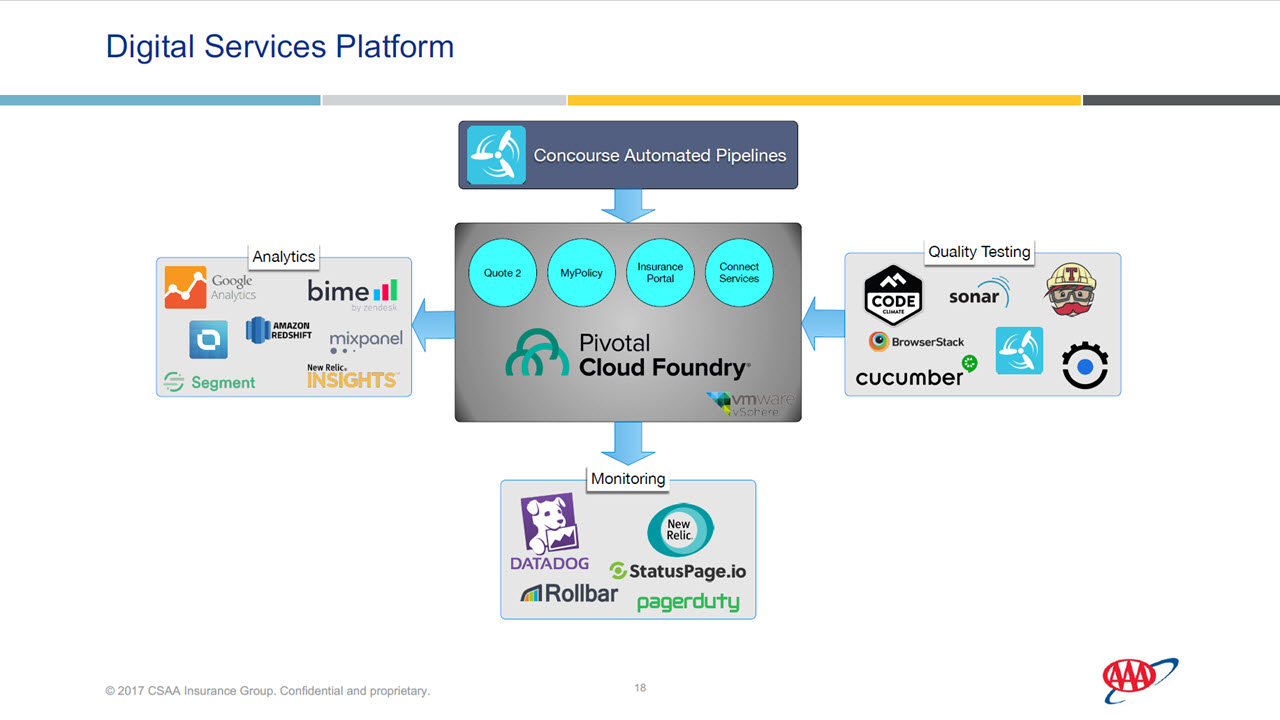 In the next attempt, the team made use of Pivotal CF in a public cloud, which was set up within a week. In another few weeks, three foundations were up and running with automated CI/CD pipelines.

“We had monitoring across infrastructure and APM. We had centralized logging,” said Kyle. “Most shocking was that engineering had access to it all.”

“In our most successful enterprise version of this, it would take at least three months to even get development VMs. That was obviously world shifting.” —Kyle Campos, CSAA Insurance

Though this configuration found success, there were concerns about putting information on a public cloud. This was resolved by setting up Pivotal CF on a private cloud.

The shift from legacy to Pivotal CF had an impact throughout CSAA Insurance. In development, this manifested as:

In real numbers, this translated to: 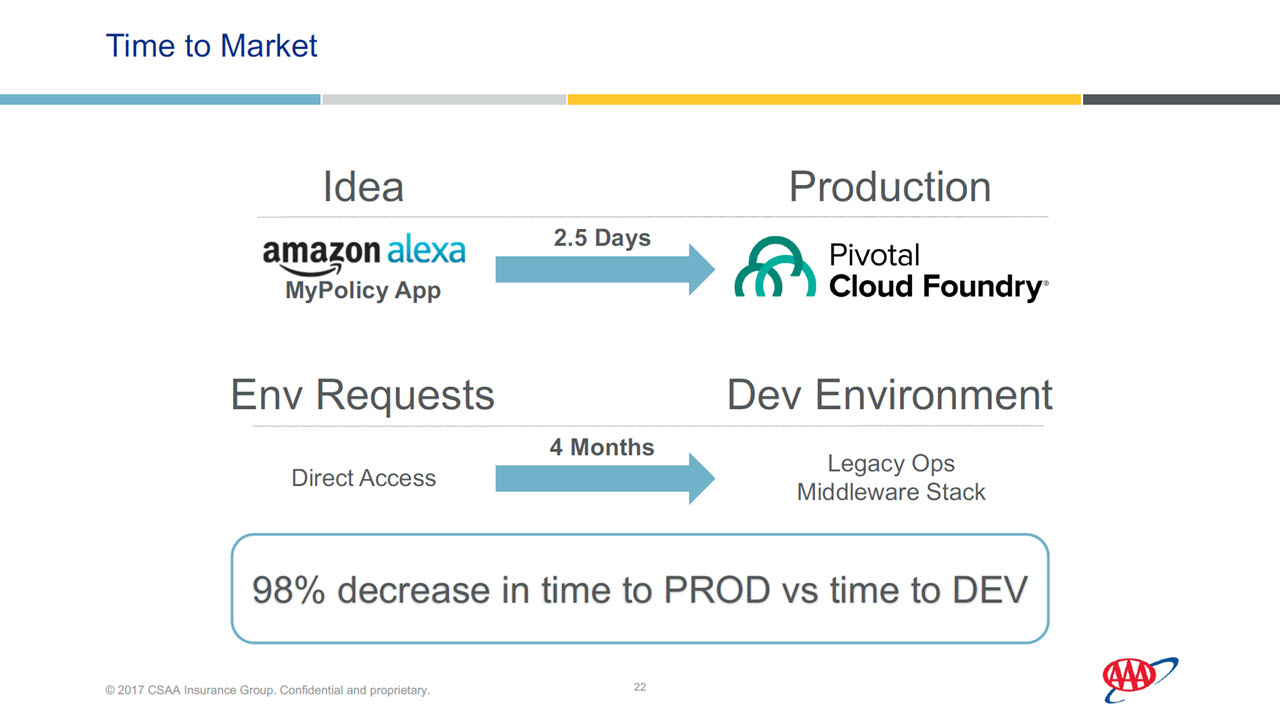 From a concept to production in just 2.5 days (Source)

“One of the challenges for us around value stream mapping is some of the numbers are so high that you just want to arbitrarily bring them down, so executives believe it.”
—Kyle Campos, CSAA Insurance

Though the DevOps team needed three attempts to finally nail down Pivotal CF for CSAA Insurance, Kyle noted that it wasn’t all a waste of time. “At the end of the day, our action in take two forced the conversation,” he explained. “Without doing that, Pivotal CF would never have happened for us. 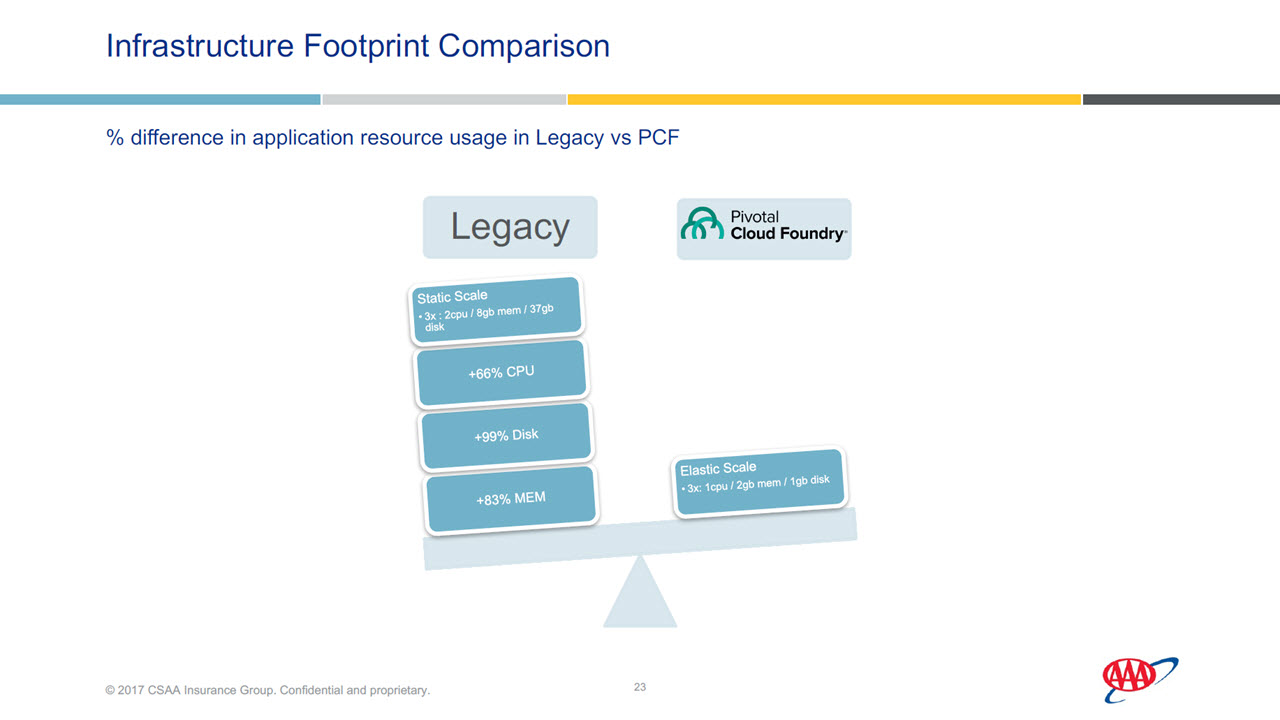 Resource utilization is much better on Pivotal CF (Source)

Throughout the journey, the team learned valuable lessons, which anyone looking to adopt Cloud Foundry should be mindful of:

Now that CSAA Insurance is over the Cloud Foundry hump, Kyle and his team are looking at other improvements down the line, including high availability, multi-cloud, and Pivotal Cloud Cache. 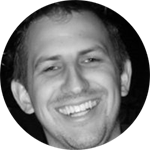 Kyle Campos is a digital transformation and cloud operations leader, who is highly motivated by turning non-scalable, resource-intensive, and painful systems into automated, scalable, and efficient ones. He is a full-stack engineer, who loves attacking challenging operational and infrastructure issues through both organizational leadership and software architecture, specializing in legacy Ops to DevOps transformations in either startup or enterprise contexts. Kyle is currently working hard to deliver to application teams all the promises of a highly available, highly performant PaaS through Pivotal Cloud Foundry.