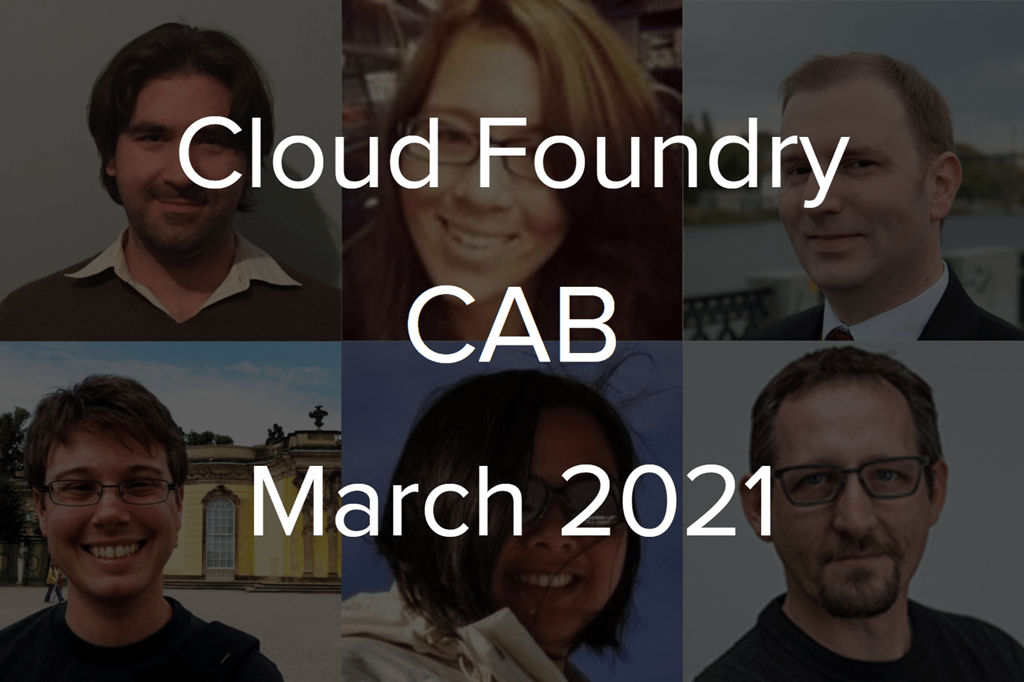 This month’s Cloud Foundry Community Advisory Board (CAB) meeting featured major announcements from the foundation, as well as development updates around the ecosystem projects. The call was moderated by Chris Clark from the Cloud Foundry Foundation.

Chris is temporarily serving as a lead for Extensions PMC instead of Troy Topnik who moved on from SUSE. Now, the role of a CAB call host is open, and it’s possible to submit nominees via the cf-dev post or CAB Slack channel.

Maya Rosecrance from VMware reported on the following developments:

Chris detailed that the foundation is also looking for interesting project updates, blog posts, tutorials, as well as ideas for live streams that will be helpful to the community. In his latest biweekly technical roundup, he noted the release of BOSH v271.6 and service-fabrik broker v0.12.2. Chris also mentioned that the videos from the recent hands-on labs—around setting up CI/CD pipelines on Kubernetes and cf-protect—are already available.

Thank you to Chris for featuring our previous recap in his round-up. We are glad to contribute and spread the word about Cloud Foundry!

The next CAB call is tentatively scheduled for April 21, 2021, at 8 a.m. PDT. Anyone interested can join Cloud Foundry’s CAB or cf-operators Slack channels.