by Carlo GutierrezFebruary 18, 2021
The discussion revolved around the osb-to-helm-poc and osb-cmdb projects by Orange aimed to improve CF Marketplace.

This month’s Cloud Foundry Community Advisory Board (CAB) meeting featured a discussion around CF Marketplace, its open-source alternatives, and a number of community projects in progress. The teams also reported development updates around the ecosystem projects. The call was moderated by Chris Clark from the Cloud Foundry Foundation.

CF Marketplace and its alternatives

According to Guillaume Berche from Orange, CF Marketplace is a primary differentiator to the ecosystem and is still best user experience relating to open-source alternatives for key use cases. These include Kubernetes custom resources with operator packaging or Helm chart packaging, Terraform modules wrapped as custom resources, and Open Service Broker (OSB) API client for the Kubernetes Service Catalog.

Guillaume noted that Orange focused on the OSB API client in particular and started the osb-to-helm-poc project to improve it with a working interface.

“We tried to find a web UI to consume Service Catalog in the Kubernetes ecosystem. There used to be kubeapps, but it was removed, so we are missing an interface. We experimented with automatically generating a Helm chart facade for the OSB to consume.” —Guillaume Berche, Orange 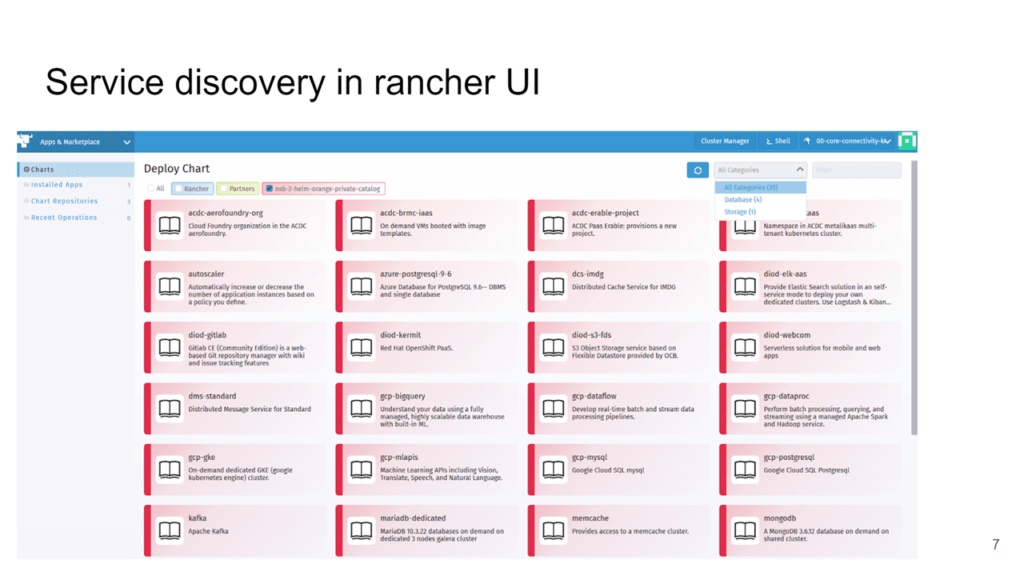 Next, Guillaume expanded the discussion to include additional projects that may be valuable to the community. First is the osb-cmdb, another project by Orange aimed at creating a marketplace that is shared among multiple platforms (CF Foundations, Kubernetes clusters, and IaaS tenants).

“The idea is to use Cloud Foundry as a database that manages service instance, service binding, and service offering.” —Guillaume Berche, Orange 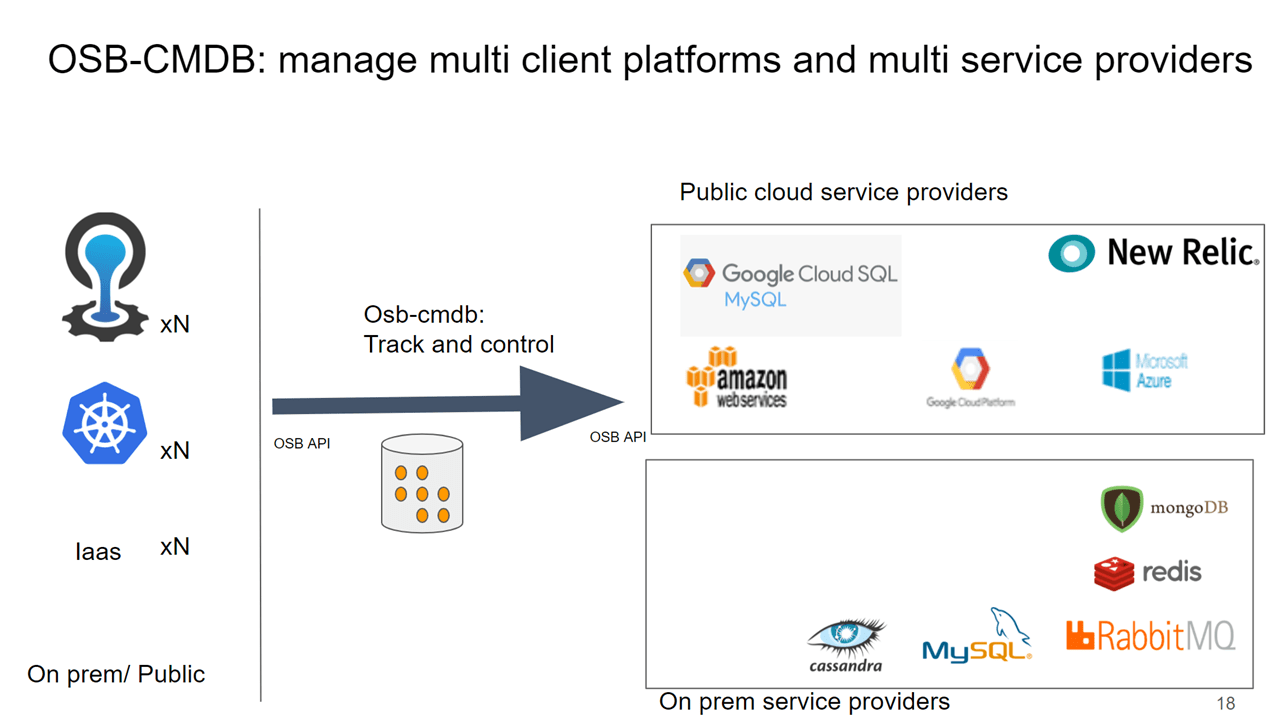 The second project, which is still in the conceptualization phase, is about using Cloud Foundry as an identity and access management component. The idea is to enable unified onboarding on multiple cloud hosting offerings. 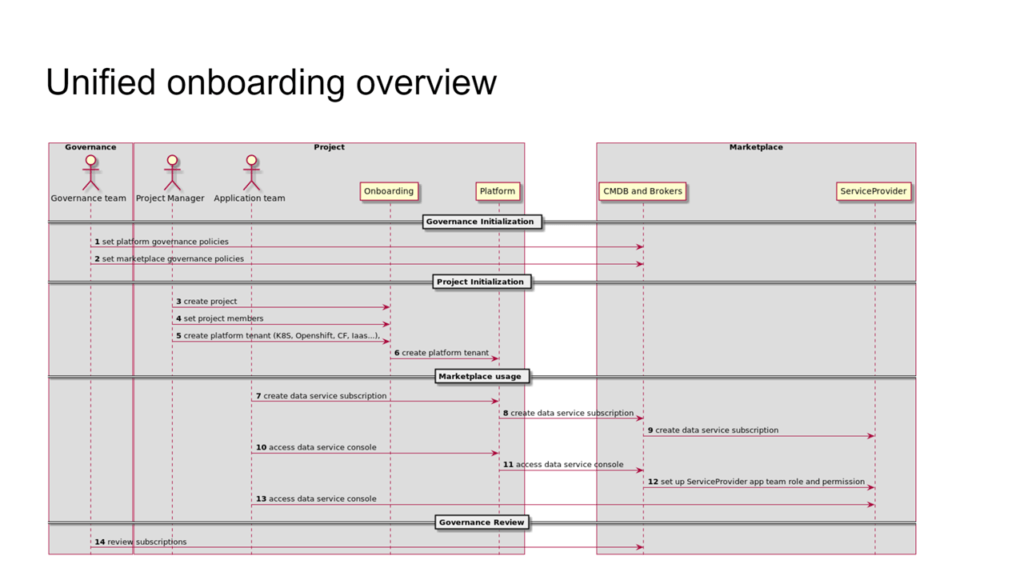 All of the Orange projects are still works in progress, and Guillaume is looking for feedback from the community. To conclude, he noted that the CF and OSB API ecosystems have great potential to serve valuable enterprise use cases. The collaboration between the CF user community, core OSS contributors, and downstream vendors have made the CF community a success in the past. Such a collaboration still has plenty of opportunities in the enterprise market.

The team pushed BOSH v271.5.0, which includes a fix for an issue with BOSH Director jobs.

Chris had a few announcements. First, there is going to be a hands-on lab about configuring data protection using cf-protect and SHIELD Cloud. The lab will take place on February 23 at 10 a.m. PT. Second, the foundation is planning to host a virtual event either in June or July. More details will be announced next month. Finally, the revamp of the Cloud Foundry Foundation technical governance is progressing well. The CF Technical Governance meetings are scheduled for February 19 and March 5.

In his latest biweekly technical round-up, Chris noted the release of CF Acceptance Tests v7.1.0, Loggregator v106.4.0, and CAPI v1.106.0. He also mentioned a live stream that will cover setting up simple CI/CD pipelines deployed to Kubernetes with CF-for-K8s. You can also attend CF-for-K8s SIG meeting on March 2. 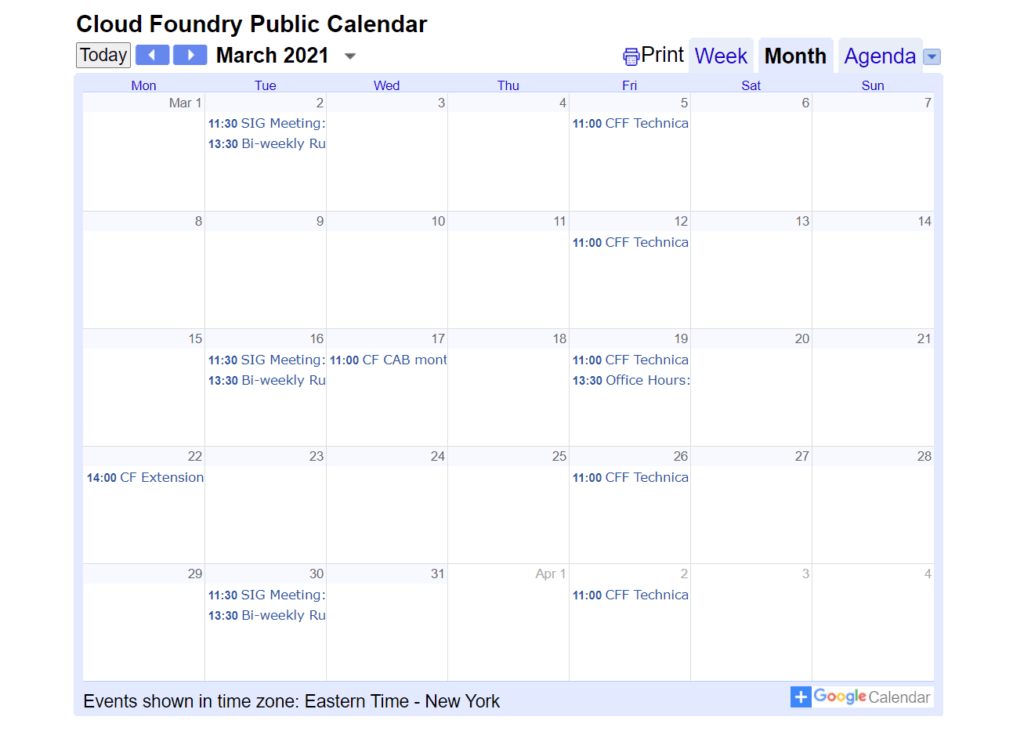 The next CAB call is tentatively scheduled for March 17, 2021, at 8 a.m. PDT. Anyone interested can join Cloud Foundry’s CAB or cf-operators Slack channels.