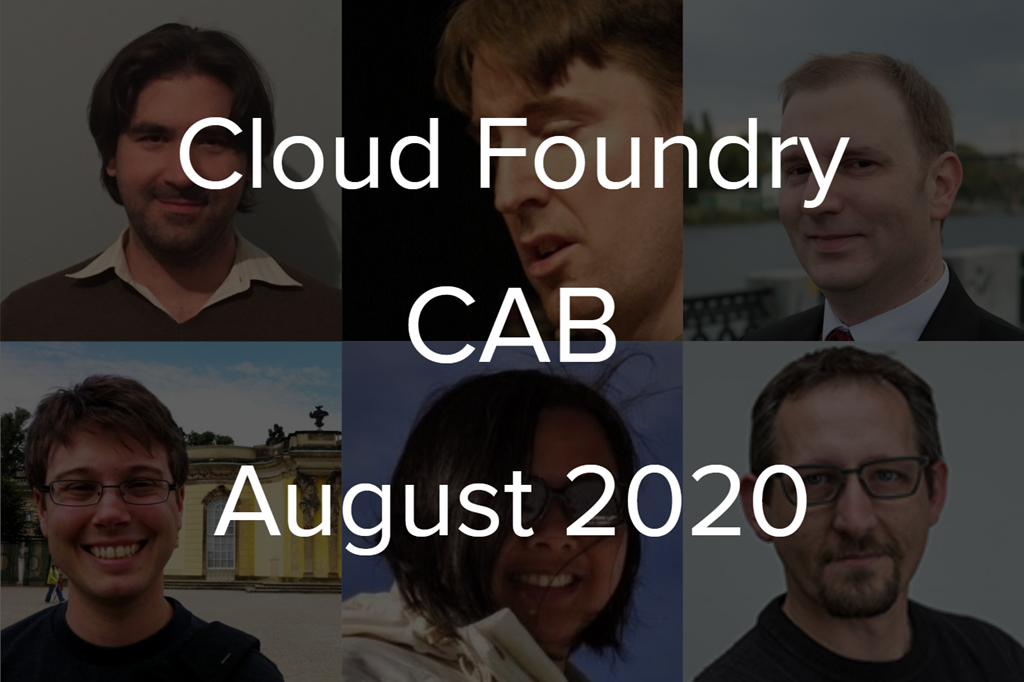 by Carlo GutierrezAugust 20, 2020
While the Cloud Foundry Summit Europe is planned for October or November, quite a number of ecosystem projects released new versions.

This month’s Cloud Foundry Community Advisory Board (CAB) meeting focused on development updates around the ecosystem projects and discussed the upcoming European summit. The call was moderated by Troy Topnik from SUSE.

Kevin Rutten from Stark & Wayne noted the BOSH team are working on a couple of Windows updates. They are also busy with pipeline maintenance and troubleshooting.

Troy Topnik from SUSE also listed some CF Extension updates. For instance, omniauth-uaa-oauth2 and cf-uaa-lib have been picked up by Dr. Nic Williams from Stark & Wayne. Troy then highlighted the release of Stratos v4.0.

Stratos is an open-source management user interface that provides operators and developers a web-based console to manage Cloud Foundry applications and environments. According to this blog post, the new version features the following improvements:

Chris Clark from the Cloud Foundry Foundation mentioned that the European Summit is scheduled for either October or November. The final dates will be announced in a week. He also noted that the foundation will be running hands-on labs independent of the Cloud Foundry Summit. One of such hands-on labs is taking place today. The lab will be dedicated to deploying an app to Cloud Foundry and scaling it, binding services provisioned from the marketplace, and exploring what happens when one of the instances crash.

In a bi-weekly technical round-up by Chris, you can also learn about the prominent releases, some other updates and news, as well as community events for August. Earlier, the Cloud Foundry Foundation announced the winners of community awards.

Below, you will find the full recording of this month’s CAB meeting.

Another video features updates from the Cloud Foundry for Kubernetes special interest group recorded on August 18, 2020.

This blog post was written by Carlo Gutierrez, Sophia Turol, and Alex Khizhniak.

Cloud Foundry Advisory Board Meeting, May 2021: The Carousel CLI
Previous

Maturity of App Deployments on Kubernetes: From Manual to Automated Ops
Next