by Carlo Gutierrez and Alex KhizhniakJuly 7, 2017
Stock market is exposed to money loss, with 90% of data gathered never gets used. How tech can help to analyze social media, TV, and even weather forecasts?

Stock market trading has always been a high-risk, high-reward business, and the continued rise of social media has only reinforced it. There is an immense amount of money involved and there isn’t always enough time to analyze new information and react. Traders, who are able to react quickly, have the upper hand.

As an example, the tweet by US President Donald Trump last December had a huge financial impact on Lockheed Martin and Boeing.

This brings us back to the problems in stock market trading today:

As a result, companies often gather more data than they are able to analyze.

According to IBM, around 90% of data gathered from sensors and analog-to-digital conversions never gets used. It means the majority of such data simply becomes dark data—information that’s difficult to understand and analyze and is therefore not used in any decision making.

But can this be improved with technology?

In a stock market, a trader will typically analyze an asset by creating a time chart that compares the asset’s value over a period of time. To get more useful information, that asset’s data is compared to other assets to figure out its relative value. One of the ways to simplify this process is using tools like IBM Watson to create multi-dimensional charts that can compare relative assets. 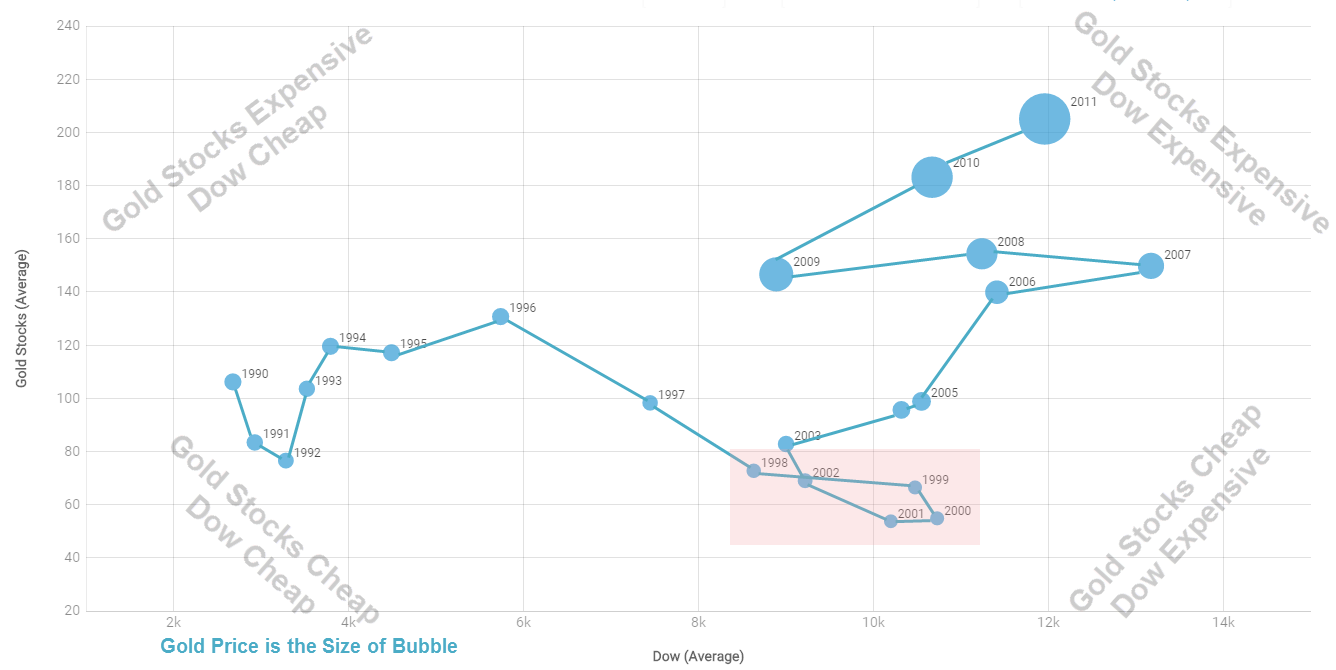 With this method, we can get a better understanding of stock patterns based on historical data. However, there’s a lot more that Watson can offer for trading.

Earlier last month, Watson entered the exchange trade fund (ETF) business. The Equbot with Watson AI Total US ETF was filed to the US Securities and Exchange Commission. According to the file, Equbot will use Watson to “conduct an objective, fundamental analysis of US-listed common stocks and real estate investment trusts based on up to ten years of historical data and apply that analysis to recent economic and news data.”

Spencer Fontein and Rob Williams of All Blue Solutions explain how dark data can be analyzed for stock market trading using IBM Watson and Bluemix. Based on the analysis of messages that appear on TV and social media, they believe that AI can be utilized to get a better understanding of trade position fluctuations as events transpire in real time. 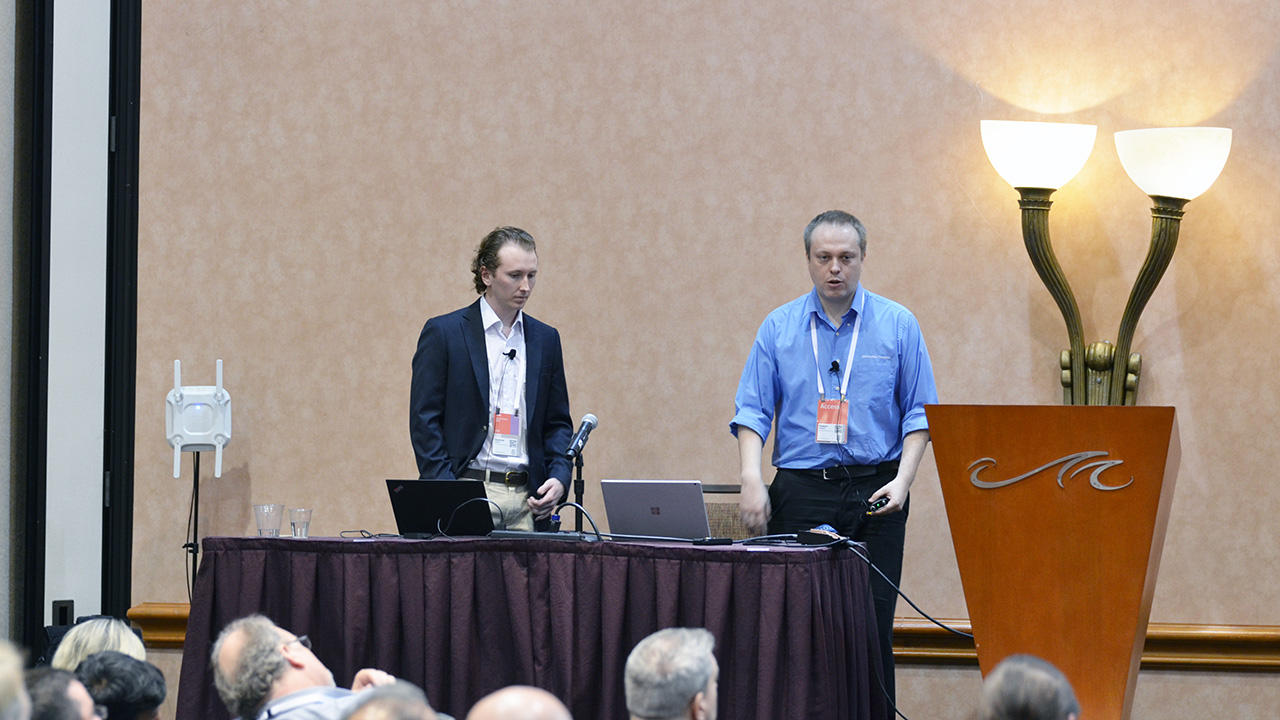 One of the most common methods of gathering news is from television. According to Spencer and Rob, IBM Watson can understand and parse data from TV and videos using the following steps:

In this instance, Watson was used to gain insight from the news story of an oil rig accident in the Gulf of Mexico. 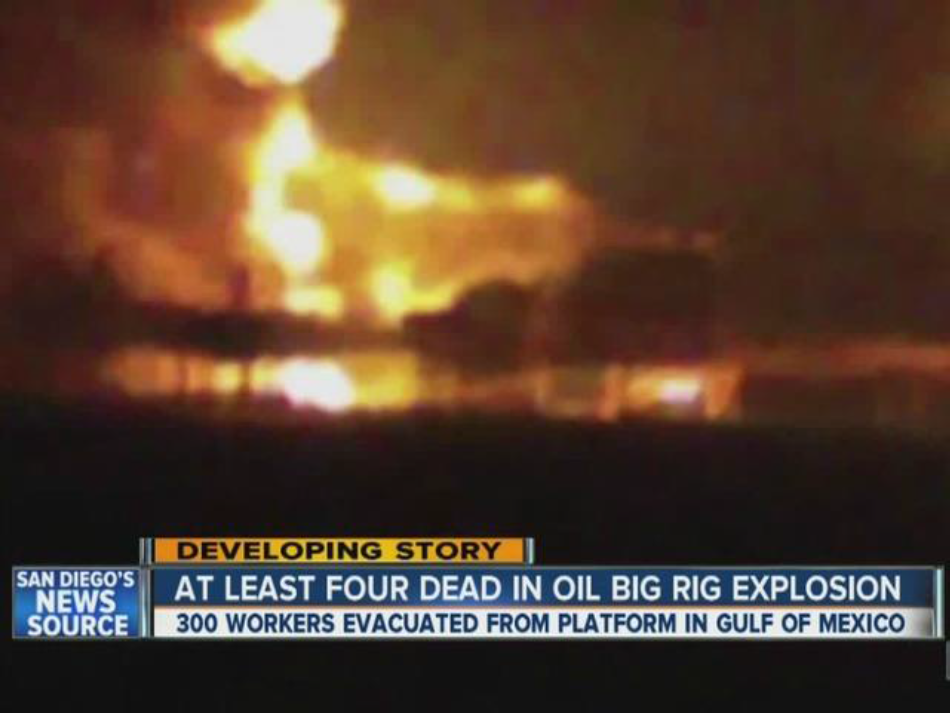 AlchemyLanguage analyzes the text file and thens extract such information as concepts, entities, sentiment, and keywords. This information can then be used to influence stock market trade decisions.

There’s also an IBM tool for analyzing videos, called OpenWhisk Dark Vision, which is very similar to the solution described by Spencer and Rob. Built on IBM Bluemix, it is a web app capable of analyzing video frames and audio, discovering what’s inside. After processing, the app automatically creates a summary for each video containing set of tags, personalities, and locations. This enables users to get an idea what each video contains without having to spend the time watching everything. 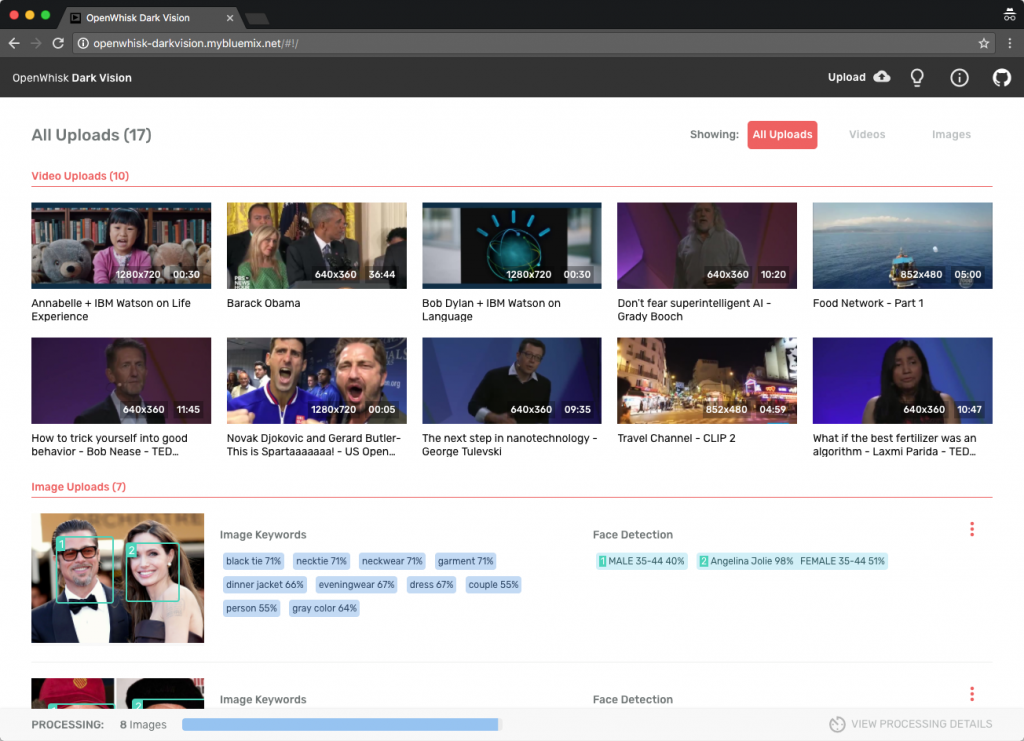 To analyze and extract information from videos, the app makes use both IBM Bluemix and Watson services:

With Twitter, Facebook, and Instagram, social media can now provide an even faster method of delivering news compared to traditional media. To analyze Twitter, for instance, one may use the following process and combination of services: 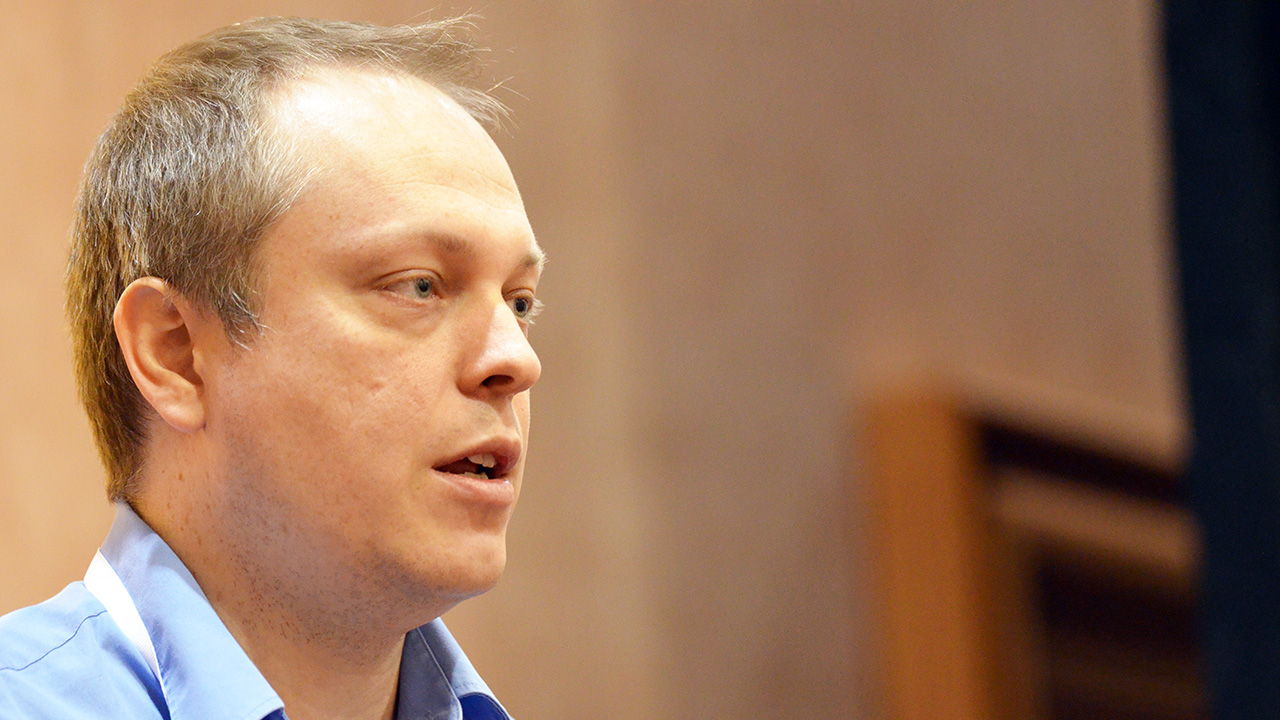 Hazardous weather can have an impact on the stock market, as well. It can cause delays on shipping routes that will, in turn, incur financial penalties. By using IBM Weather Company Data for Bluemix, these delays can be predicted and accounted for. According to Rob and Spencer, a simplified process starts with a cURL call with a geolocation code (coordinates) to Weather Company Data. 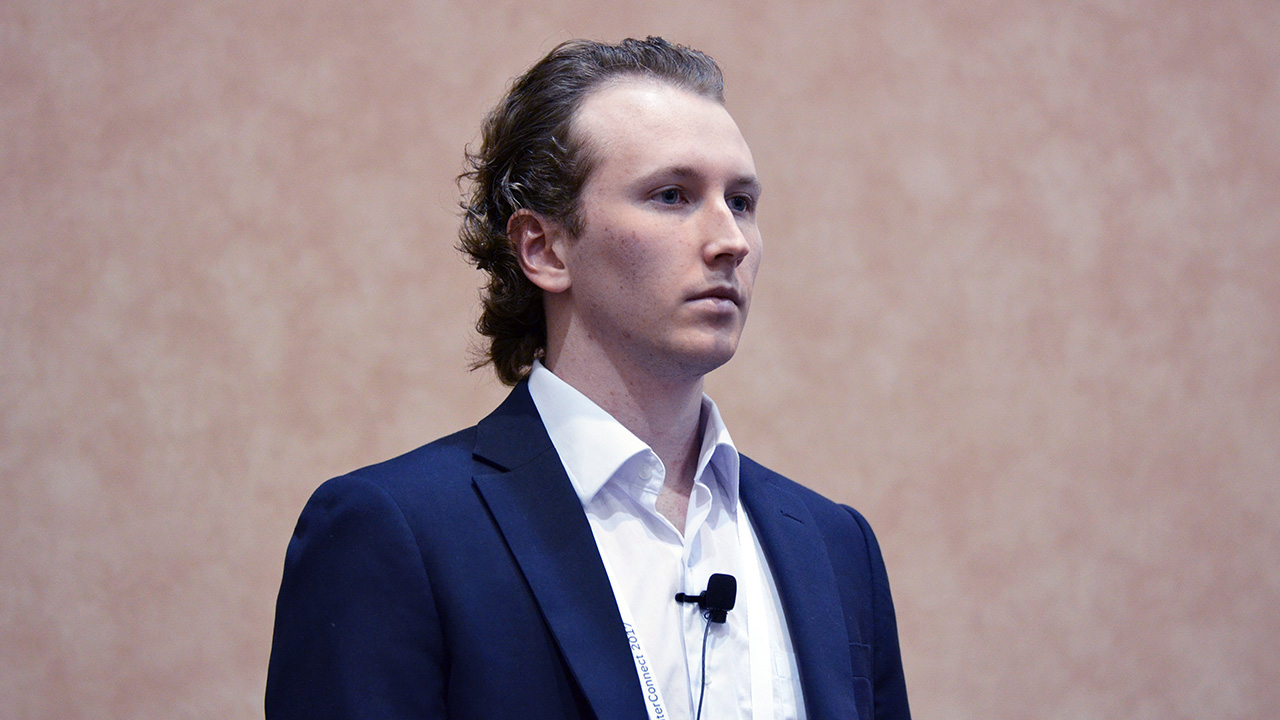 Weather Company Data will then return a response based on the coordinates given. This response is then sent to the trade model and will be used to adjust positions.

While Spencer and Rob are confident in IBM Watson and Bluemix’s ability to collect and analyze stock market data, there are also some limitations: 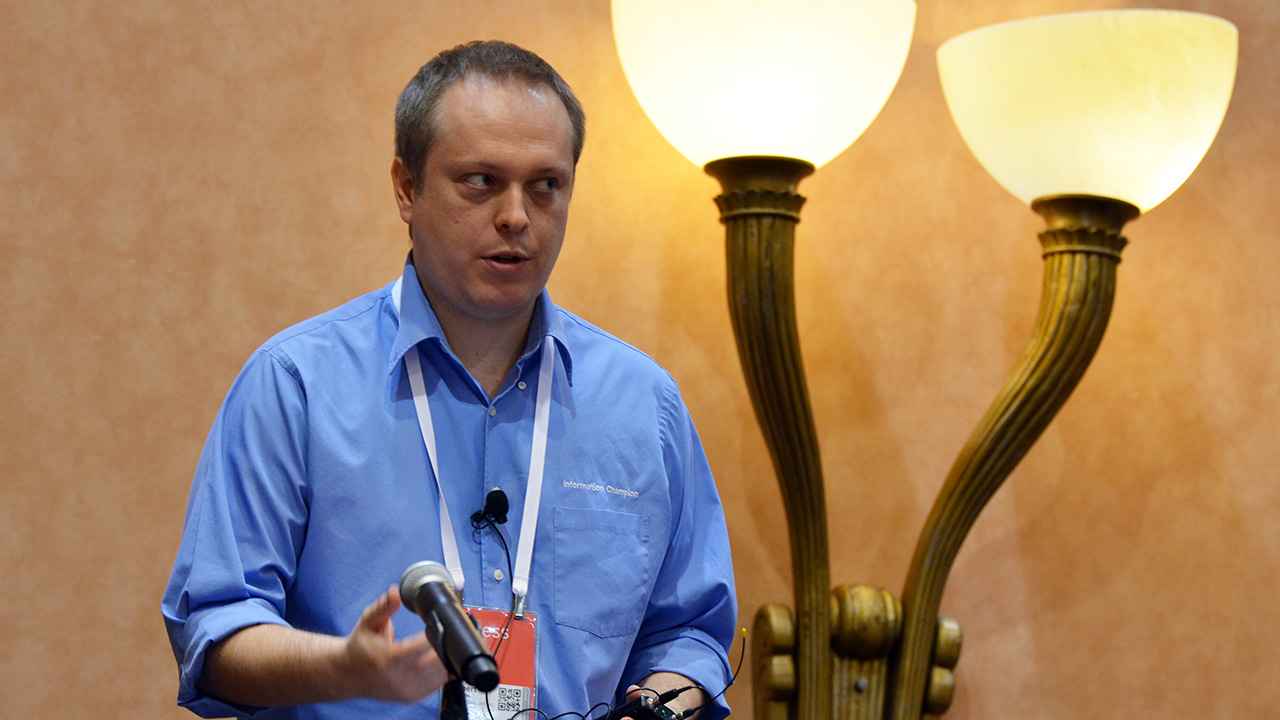 Insights for Twitter was retired and removed from the IBM Bluemix catalog on April 28, 2017. IBM suggests users to adopt Twitter’s Gnip API services instead.

AlchemyLanguage was deprecated on April 7, 2017 though support will persist until March 7, 2018. The service has already been absorbed by Watson’s Natural Language Understanding.

Aside from the services already mentioned, we’ve come across other applications using Bluemix and Watson that focus on finance and trade analytics.

CloudTrader enables users to simulate an online stock trading system. Users are able to manage their portfolios, look up stocks, and buy or sell shares. 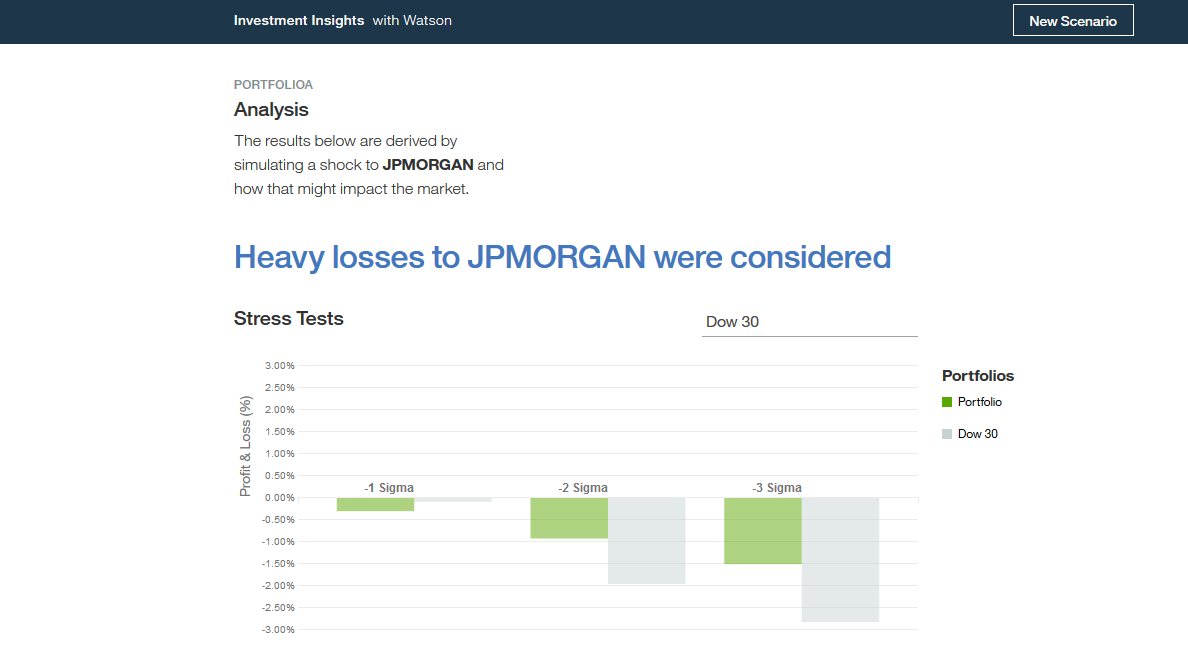 In addition to that, here are a few more experimental services on Bluemix: 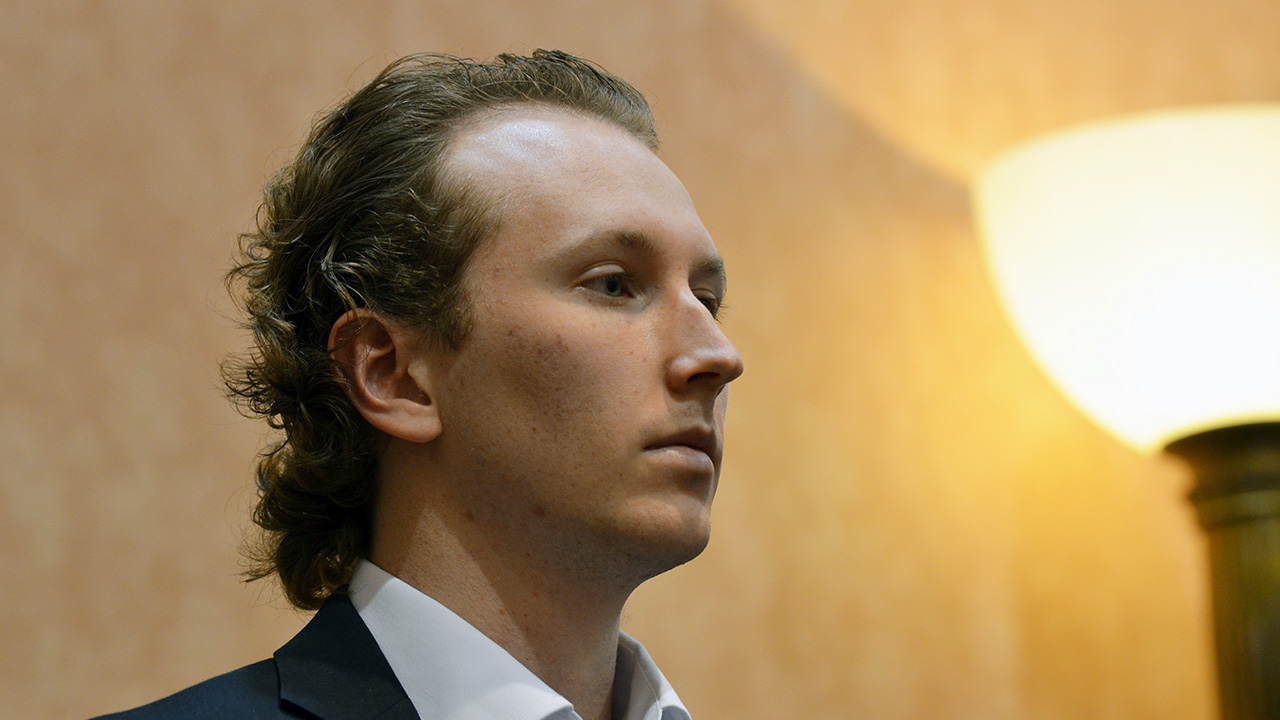 IBM created a number of starter kits for those who want to optimize their finace and trading activities with Watson services.

Real-time analytics and artificial intelligence are major trends these days. We’ve already seen what financial organizations are doing with the technology—from cognitive bank assistants to fraud detection based on behavioral analytics. Will we see a time when all human traders in the stock market are replaced by artificial intelligence? Probably not, but more assitance will definitely be provided to finance experts by analytical platforms like Watson. 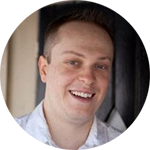 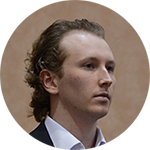 Spencer Fontein is Software Engineer at All Blue Solutions Inc. He develops and provides software solutions for mobile and web applications. Spencer uses a range of such IBM products as MobileFirst Platform, Bluemix, and Integration Bus in order to create the solutions his organization provides. He is a driven and passionate person, interested in learning new skills and applying them to IT development.
The post is written by Carlo Gutierrez and Alex Khizhniak, edited by Sophie Turol.

Initiating Digital Transformation: Nobody Wants to Get “Ubered”