by Carlo GutierrezJuly 19, 2017
Having issues with updating asset performance management systems at the edge, GE discovered that containerizing updates with Docker may help.

Asset Performance Management (APM) plays a vital role in the world of Industrial Internet of Things (IIoT). APM builds on the concept of digital twins and adds advanced analytics to view the health of assets (machine and equipment) in real time—minimizing unplanned downtimes, monitoring changing risk conditions, and optimizing workflows. 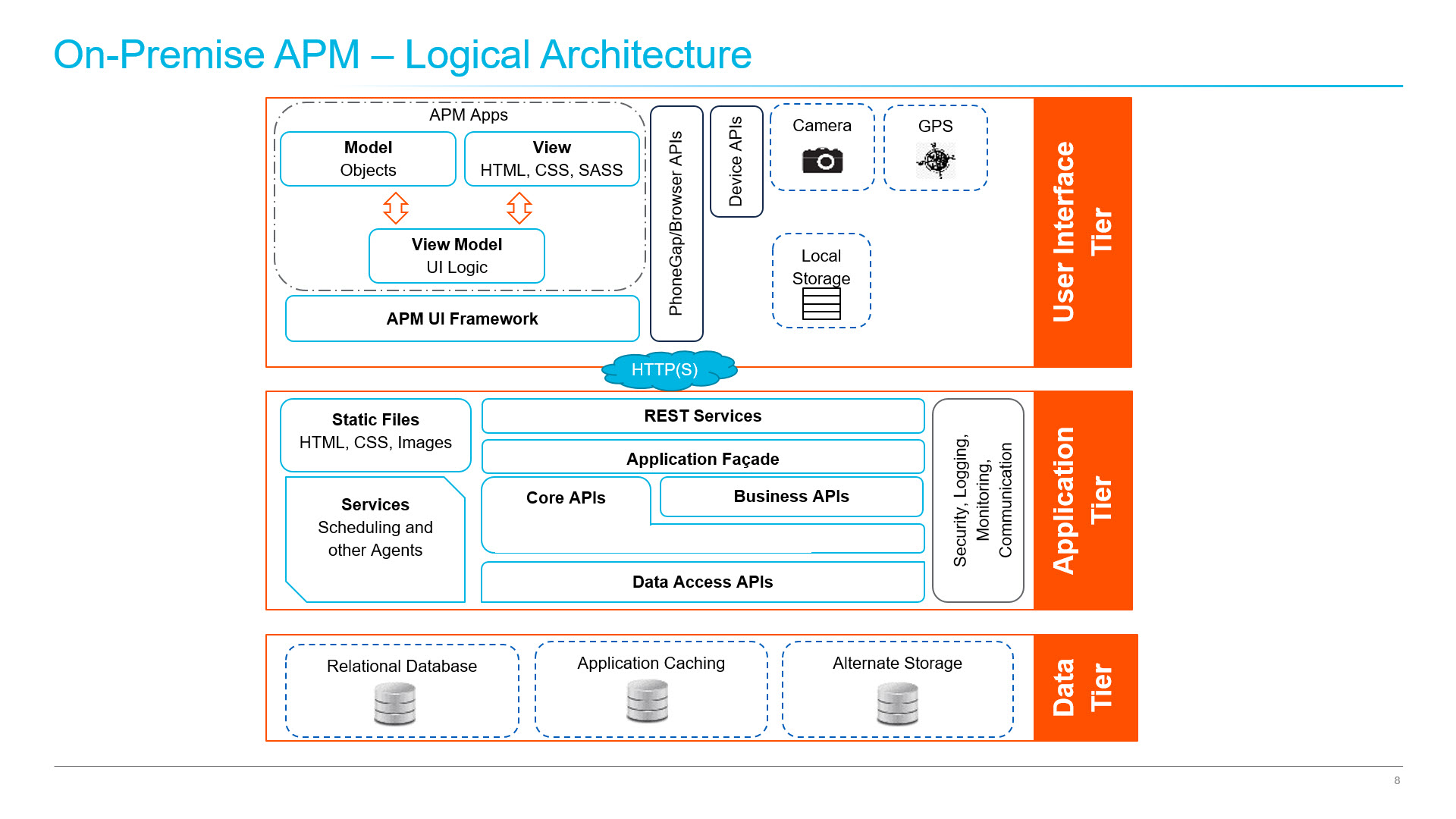 A simplified architecture of the on-premises APM

However, very few organizations are willing to have their data stored on the cloud. “We recognized that there’s a big play for APM on-premises,” says Peter Ngai of GE Digital. “Somehow, we have to marry both.” 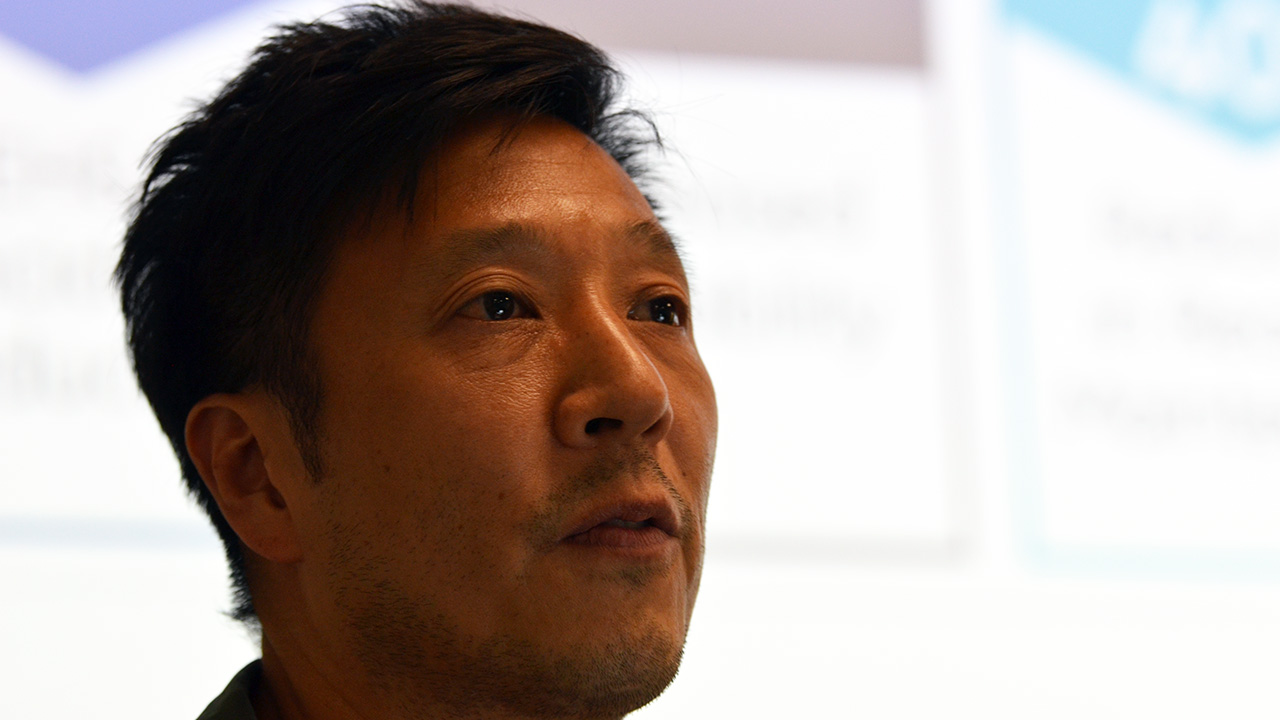 “About 90% of customers don’t really want to place all their data into the cloud. They don’t have that trust aspect that everything on the cloud will run on real-time like everything on-premises.”
—Peter Ngai, GE Digital

At a recent Predix meetup, Peter revealed the problems associated with moving software to the edge:

“What we usually do is we’d have a mirrored system at the edge and we upgrade that to the latest patch and test it thoroughly,” Peter said. “It might take up to three months before it gets rolled onto production.”

Both of these solutions were slow and unreliable. “(Client) systems are running 24/7 and they don’t want them to stop,” explained Peter. So, another approach was needed; the issue was aggravated by Windows use at many customer locations.

Where is the edge?

To understand edge computing or fog computing, we first have to know where the edge is. 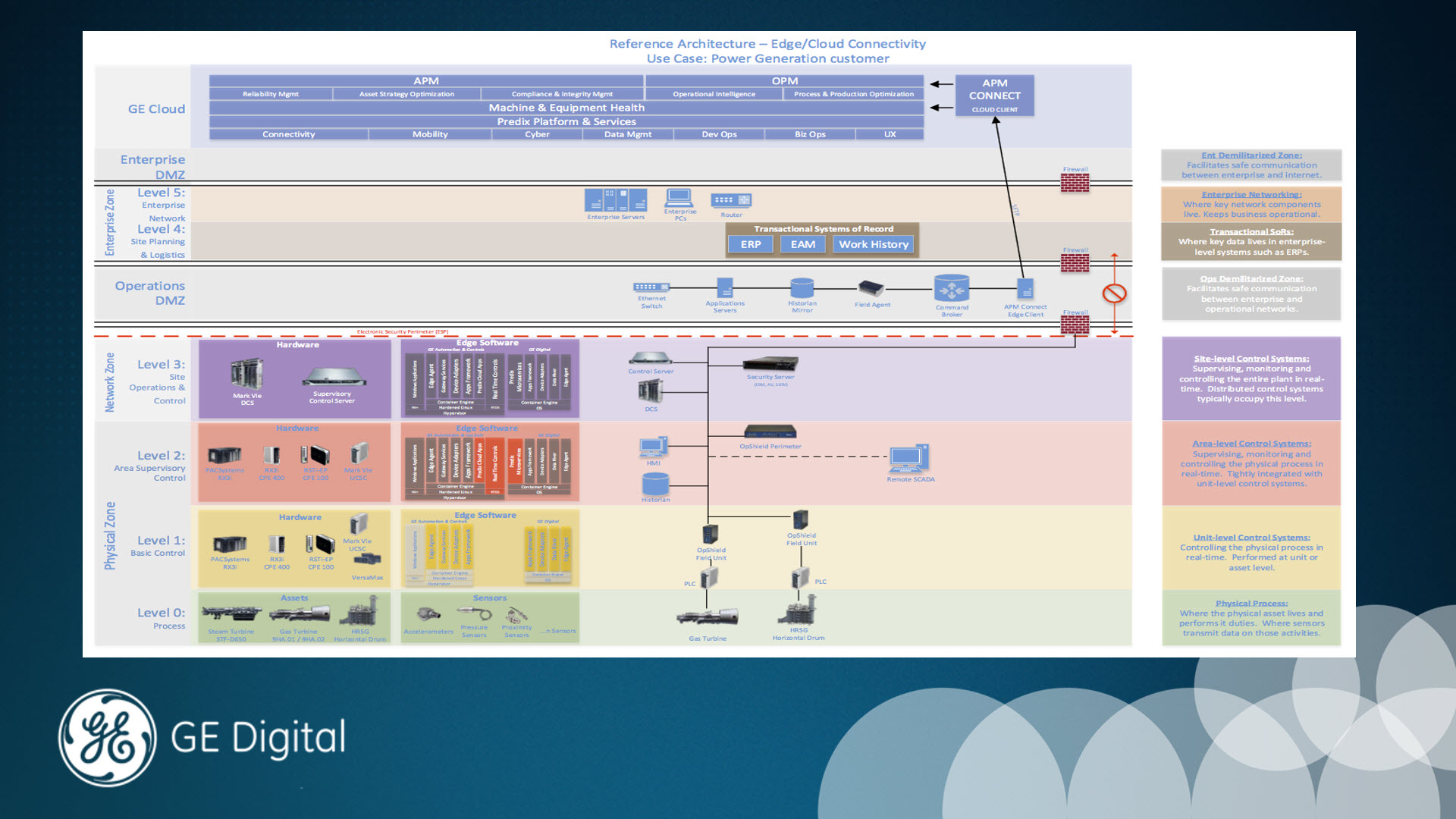 In computer security, demilitarized zone, or simply put DMZ, represents a physical/logical subnetwork, containing and exposing an organization’s external-facing services to an untrusted network, usually a larger network, such as the Internet. So, what Peter means by the Operations DMZ can be basically called the Field Agent layer.

Field Agents are small devices that provide secure connectivity to the Predix cloud. They have two primary functions: 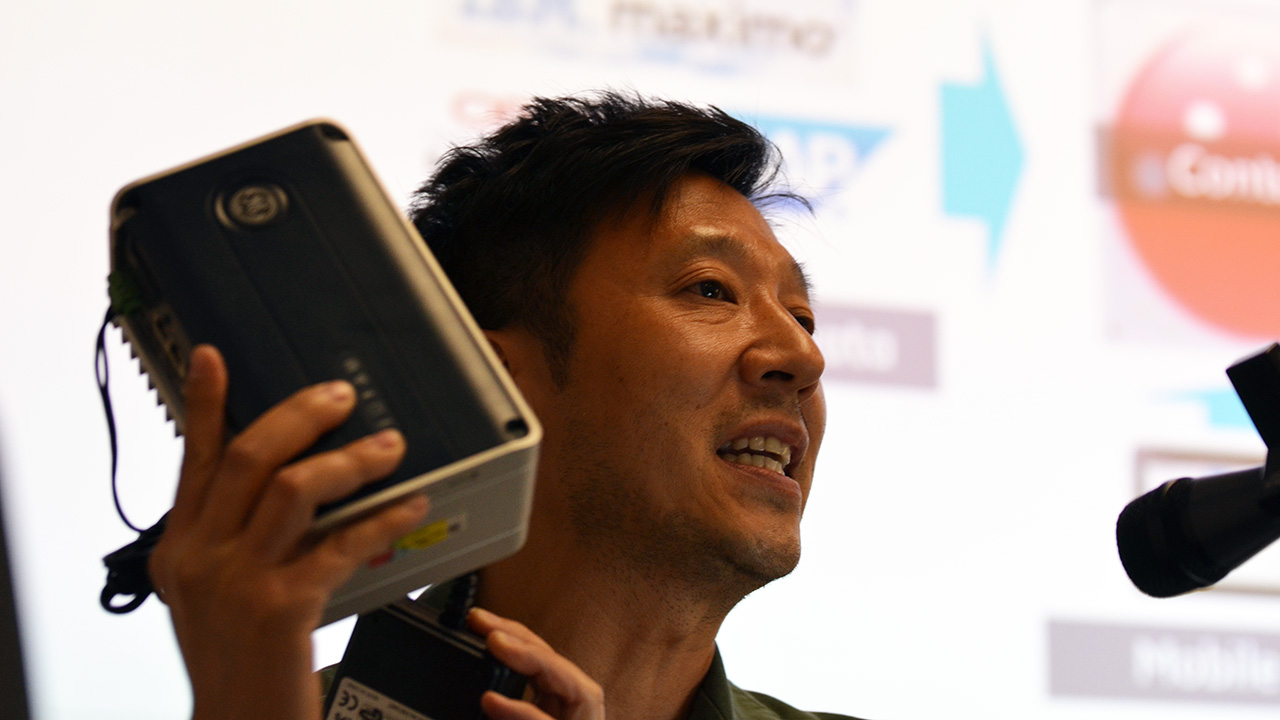 “We consider the Operations DMZ part of the edge, and it’s very hard to upgrade software there. We can’t keep sending links to customers, saying upgrade when you can.” —Peter Ngai, GE Digital

There had to be an easier method for managing edge deployments and GE’s search led to Docker for Windows and containerization.

“We have to containerize software. We have to take an approach to make it easy to deploy.”
—Peter Ngai, GE Digital

By referencing the ecosystem below, we can break down how containerization affects the deployment cycle. 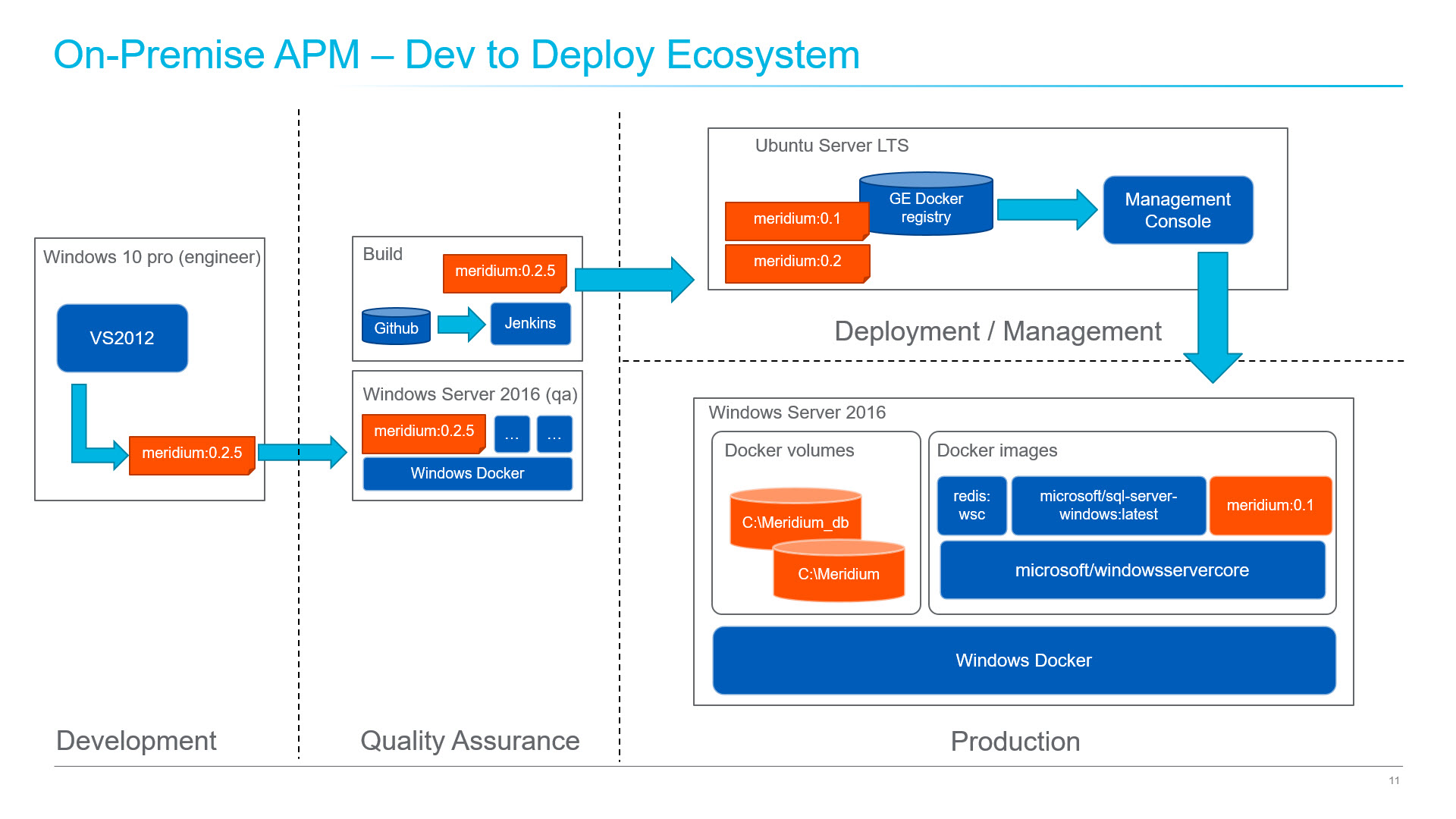 Containers used in development to deployment

The edge execution model below illustrates how the customer data is separated as Docker volumes. With this model, updating the system requires minimal to no downtime using blue-green deployment.

The edge architecture with containers

“You can run something on Docker, and it will hold it down. Everything is containerized, so you don’t have to worry about dependencies.” —Peter Ngai, GE Digital

Industrial use of Windows

With the manufacturing industry embracing Industrial IoT, more and more organizations may look to edge computing to keep critical data on-premises. With containerization, these organizations can also keep their systems secure and up-to-date.

One of the unexpected takeaways from the meetup was the fact that most manufacturing companies use Windows instead of Linux. Peter attributes this to a case of who was the first all those years ago and who had the better looking user interface. Could this oversimplified reasoning also apply to the containerization of software at the edge years ahead? 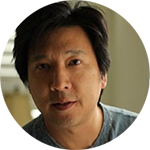 Peter Ngai is a software architect at GE Digital in San Ramon, CA. He has 25+ years of experience working as a software technologist in a wide array of industries. His experience ranges in financial systems, payment and mobile platforms, and now in the Industrial IoT space. Peter believes that good teamwork behind good technology and leadership are key ingredients for successful projects.
The post is written by Carlo Gutierrez and edited by Sophie Turol and Alex Khizhniak.

Cloud Foundry Service Broker for GCP: What’s in It for Machine Learning?
Next

Cloud Foundry Advisory Board Meeting, Jul 2017: cf-deployment Is 3 Weeks Out