A variety of algorithms

According to him, ML Toolkit is open-sourced to be actively developed and now offers the following set of algorithms:

Ashish highlighted some details on a few algorithms, so the attendees could better understand the existing and upcoming features for them. 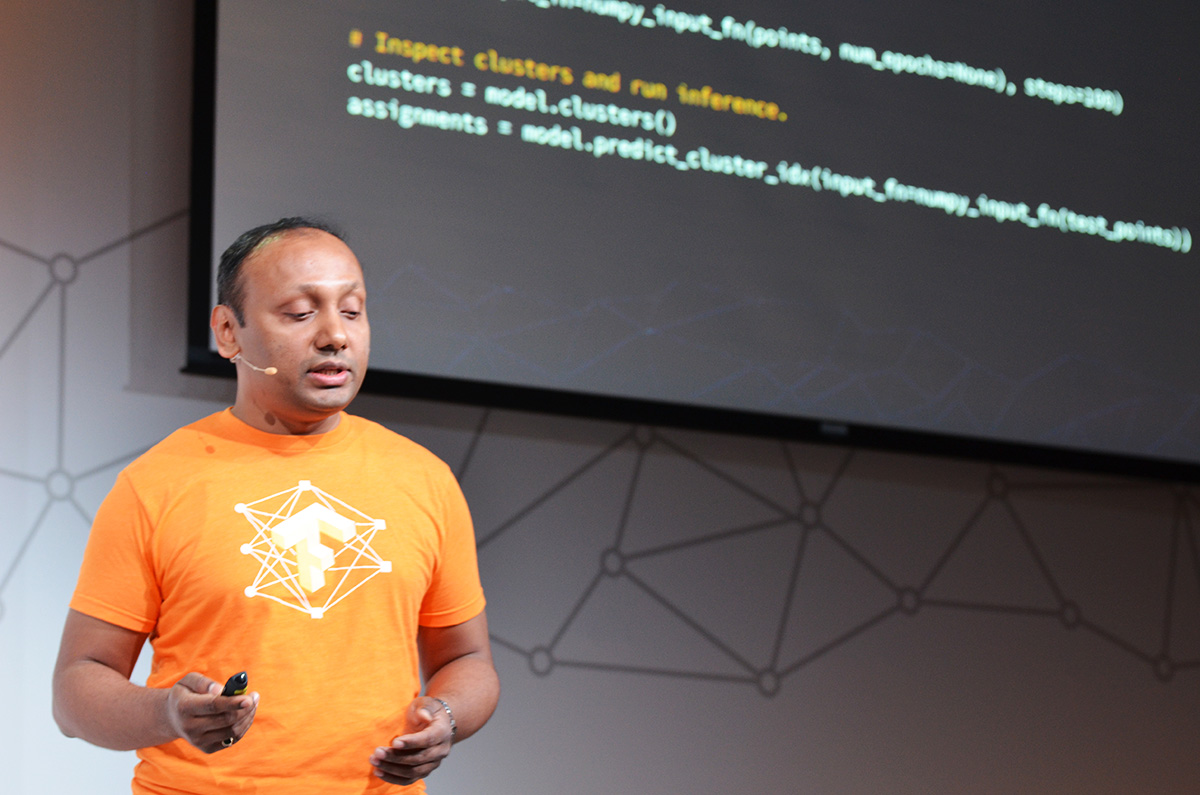 Working with k-means, the team has implemented a standard layouts iterative algorithm along with random and k-means++ initializations. A support for full- and mini-batch training modes is enabled, and a user can specify such distance functions as cosine or Eucledian square distances. 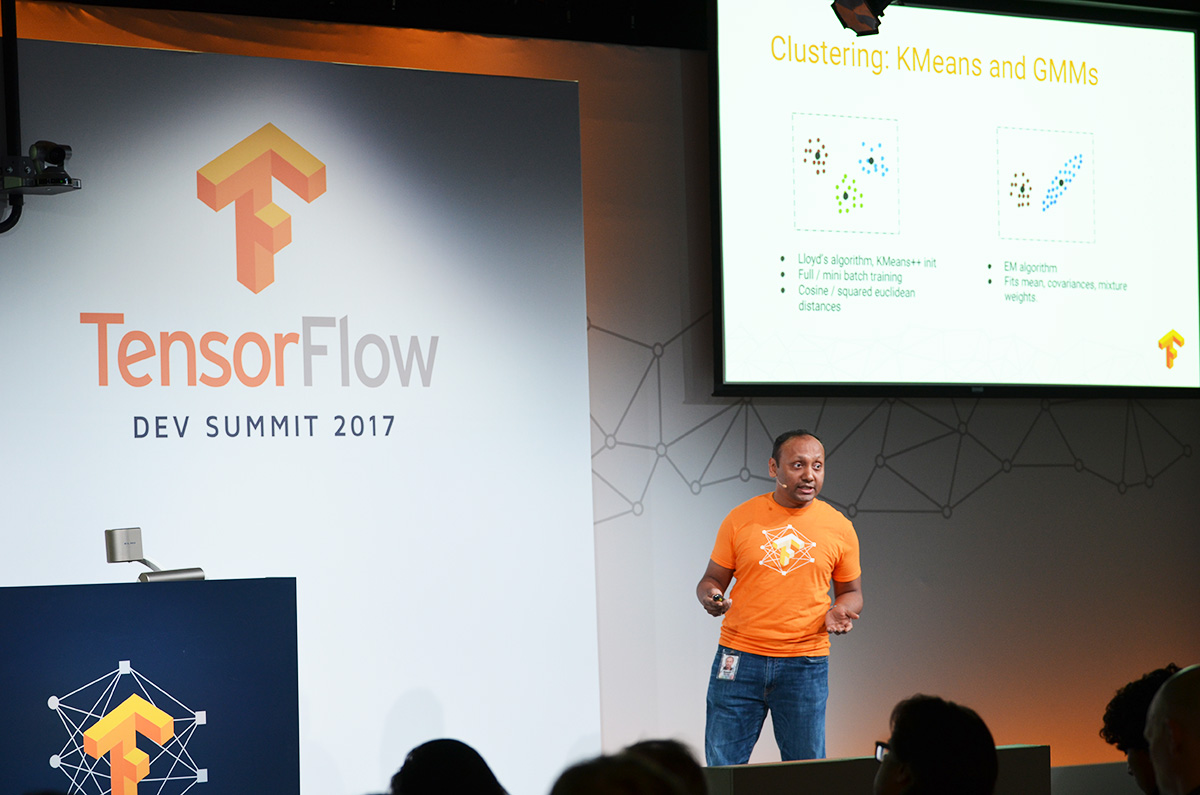 Gaussian mixture models (GMM) represent more powerful model, yet harder to train. To facilitate the process, an iterative expectation-maximization algorithm was utilized. Furthermore, one can choose from a combination of means, covariances, and mixture weights to train on.

WALS is a matrix factorization using weighted alternating least squares. Let say, you have a sparse matrix comprising ratings that users have given some videos. As the matrix is sparse, it means that not all videos have been rated by all users. So, you want to build recommendations which video to watch next or find user-user / video-video similarities. For that purpose, one has to factorize the matrix into two dense factors. 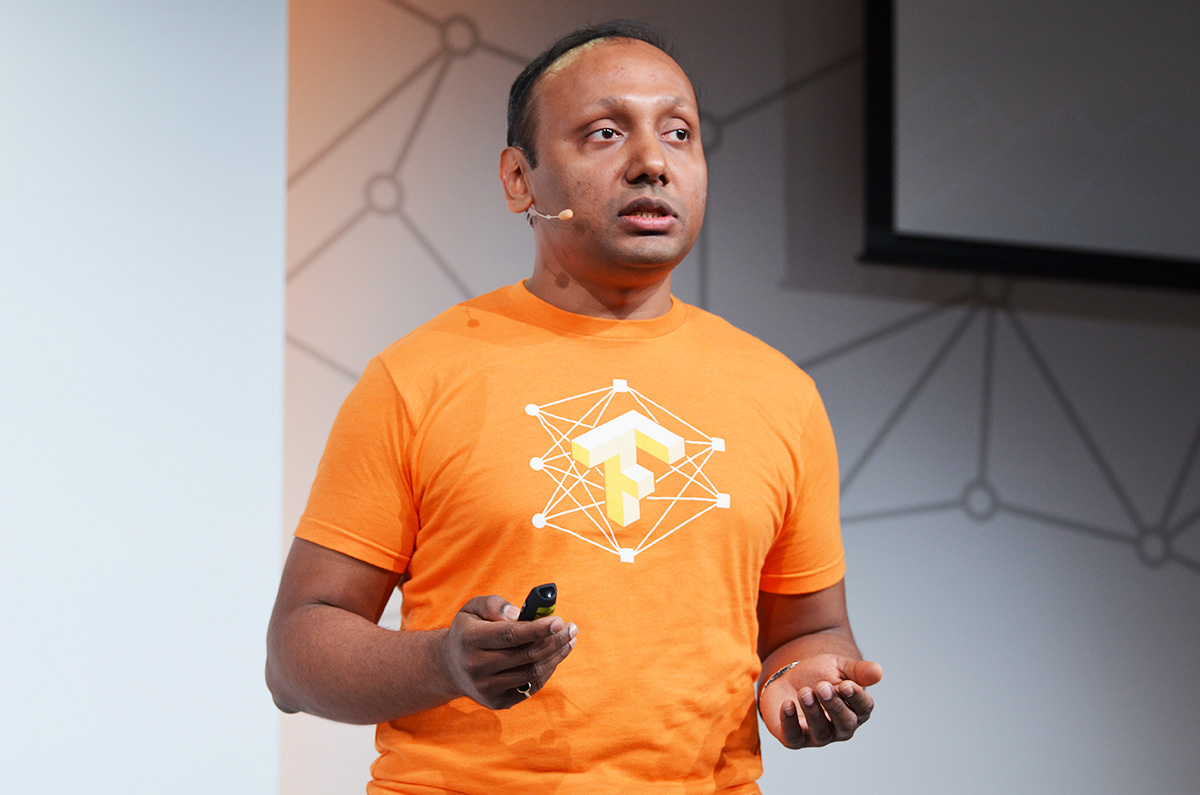 As the algorithm indicates, the loss is weighted, allowing for downgrading unrated videos in the original input, avoiding spam, or popular entries from drowning out the total loss.

With a nonlinear kernel, SVMs get more powerful as it allows for finding a complicated decision boundary. So, now Google is working on providing nonlinear kernels using the kernel approximation trick.

Using a neat trick, stochastic dual coordinate ascent (SDCA) transforms, let’s say, a convex loss function with L1 and L2 regularization into a dual form, which proves efficient in most cases. This algorithm is capable of delivering models from linear and logistic regressions to SVMs. 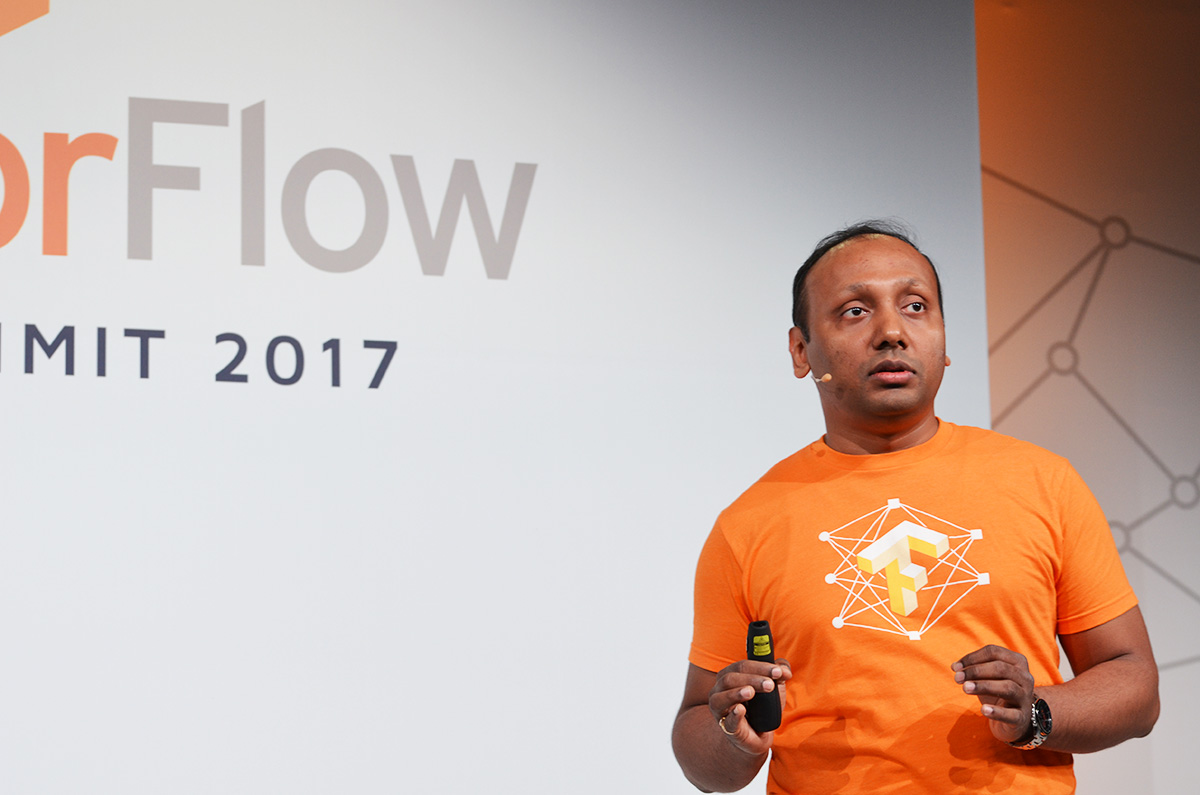 Random forests are basically decision trees that create a hierarchical partitioning of the feature space. Currently, the method behind is “extremely random forest training,” which enables better parallelization and scaling. Google Brain is also working on delivering gradient-boosted decision trees.

To make those algorithms easy to implement, the team employs Estimator APIs. Ashish demonstrated how it works when applied to k-means clustering. The reason for using an estimator API is that it significantly boosts the process with just a few lines of code. 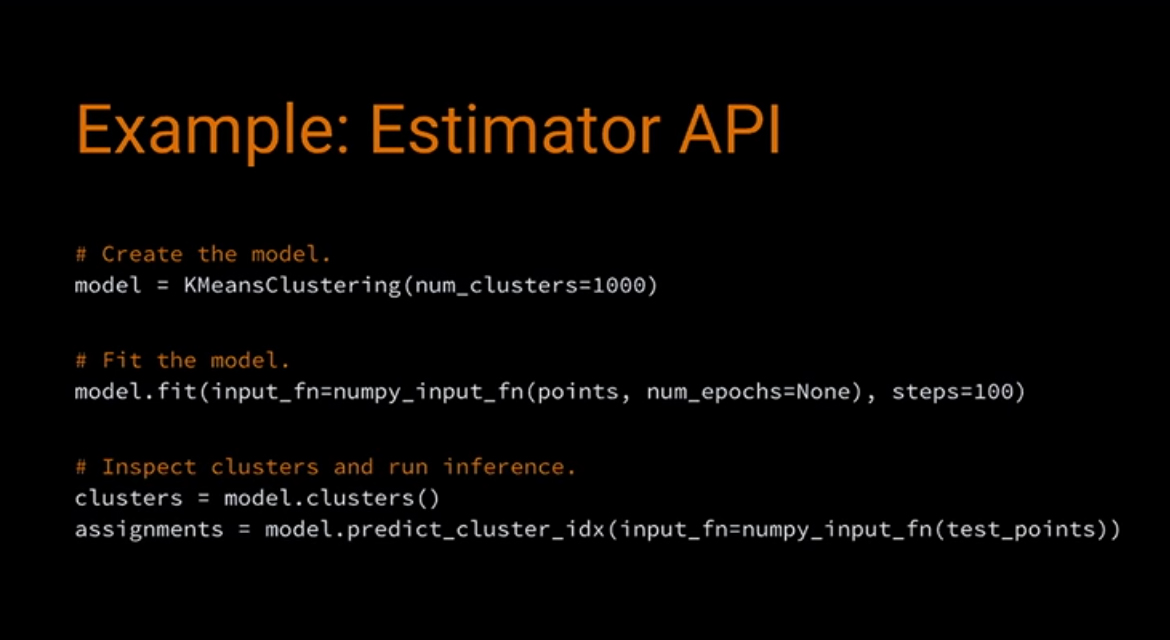 “You start by creating a k-means clustering object, and you can pass in a bunch of options, like a number of clusters, how you want to train, how you want to initialize, and so on. Next, you call the fit function and pass it into your input, and that’s it. No tons of logs behind the scenes.” —Ashish Agarwal, Google Brain

On creating a graph, the estimator will run training iterations and configure the runtime until the training is done. Then, a user can proceed with inspecting the model parameters, start running inference, find assignment to clusters, etc.

Furthermore, a user can do more than just inspect the graphs, but embed them into larger training models. Ashish exemplified embedding the k-means algorithm as a layer into a bigger deep learning network. 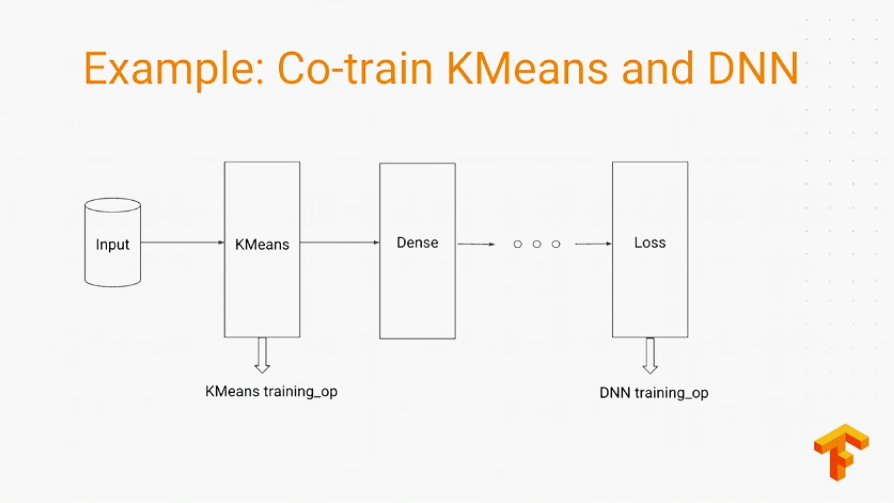 He also provided sample code for implementing this. 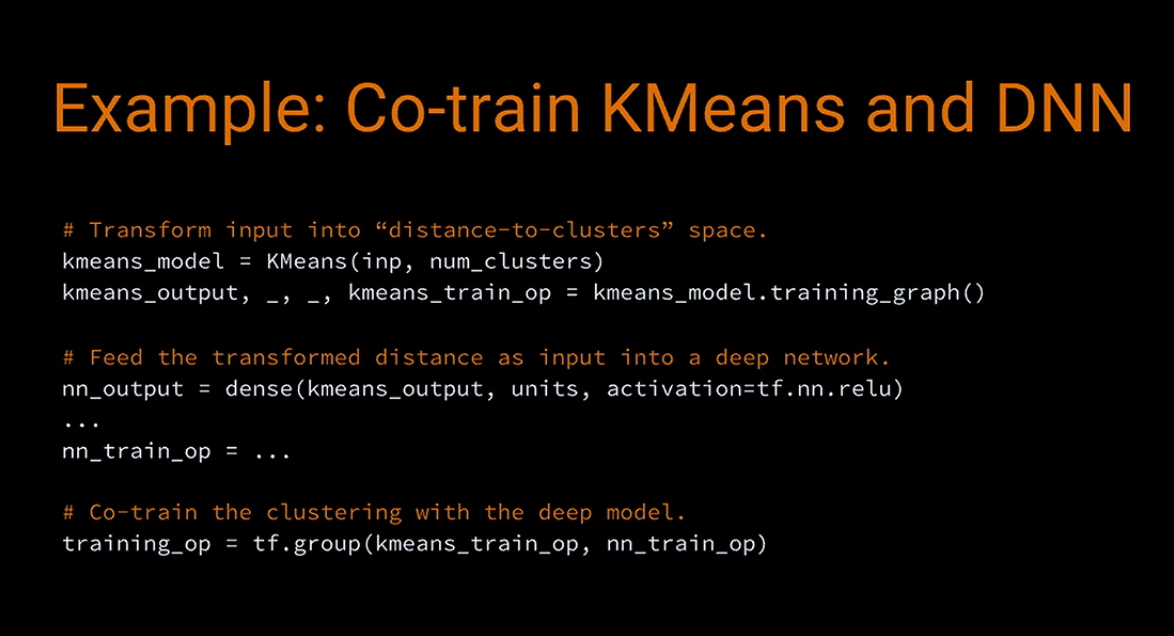 Breaking it down to just a few lines of code, those algorithms are backed up by distributed implementations. 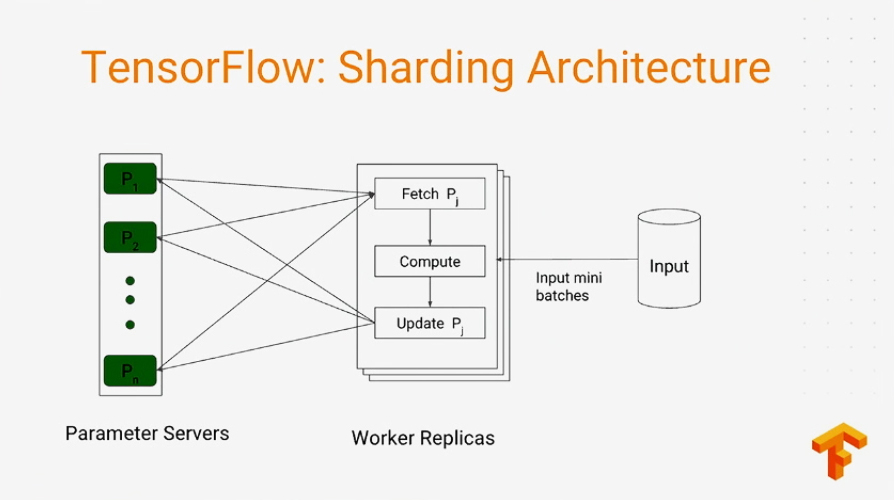 So, Ashish also showed how it works behind the WALS algorithm. 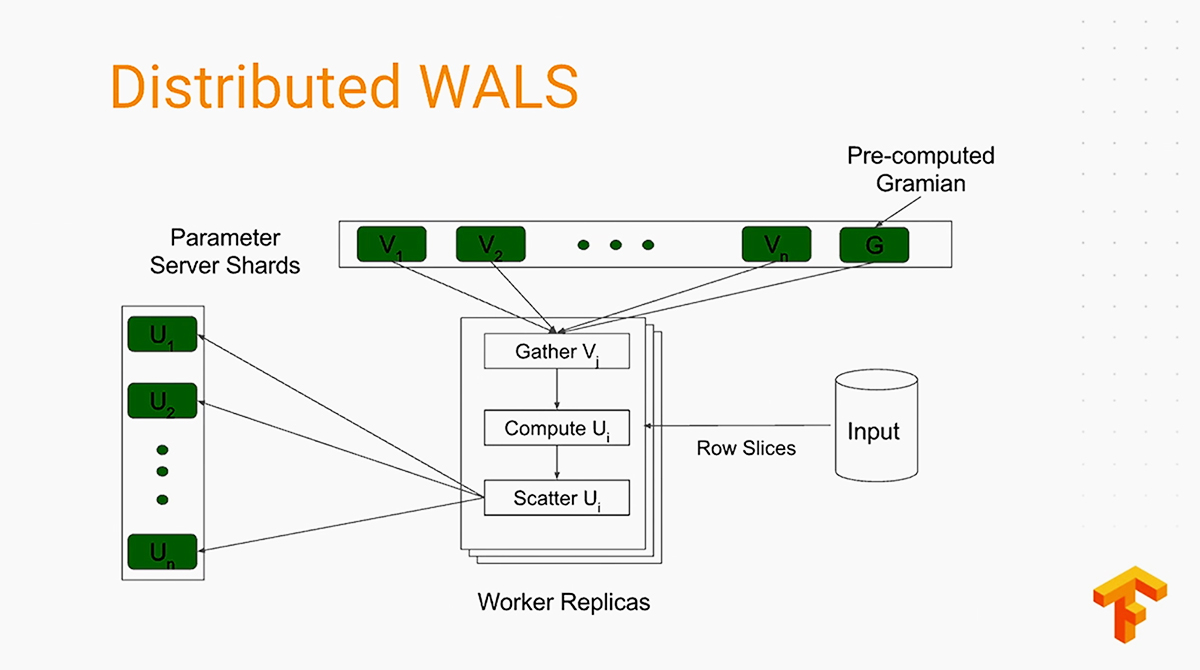 In practice, it delivers unsurpassed performance, so you can seamlessly run training across hundreds of thousands of machines.

“For example, with random forests we were able to train thousands of trees with billions of nodes. With SDCA, we saw 10x–50x faster convergence compared to Google’s internal SDC implementation of logistic regression with billions of examples. ” —Ashish Agarwal

According to Ashish, the distributed WALS algorithm allowed for factorizing the 400M*600M sparse matrix into 500 dimensional factors in just 12 hours. It is 50x better scaling than the earlier MapReduce-based implementation offered.

Ashish Agarwal is actively involved in extending and applying TensorFlow to improve such core Google products as Search Ads. Before this, he spent many years building Search Ads foundations, from machine learning signals to the ads auction, and also created a Google-wide live traffic experimentation framework.

IBM: The Time for IoT, AI, and Machine Learning Is Now
Next

Decentralized Blockchain as a Solution to IoT Security