The challenges of workload management

When deploying application on Kubernetes, users have to rely on the kubectl command-line tool. While this isn’t a problem in itself, a more in-depth understanding of the tool is necessary when dealing with stateful workloads and workloads that require hardware acceleration, as well as enabling low latency across multiple clusters.

Some of the native features available through Google Kubernetes Engine (GKE)—a distribution of the open-source Kubernetes on Google Cloud Platform—may come helpful when addressing these types of tasks. At a recent Kubernetes meetup in Sunnyvale, Anthony Bushong of Google drew the audience’s attention to those distinct features of GKE, which aim at facilitating cluster management: 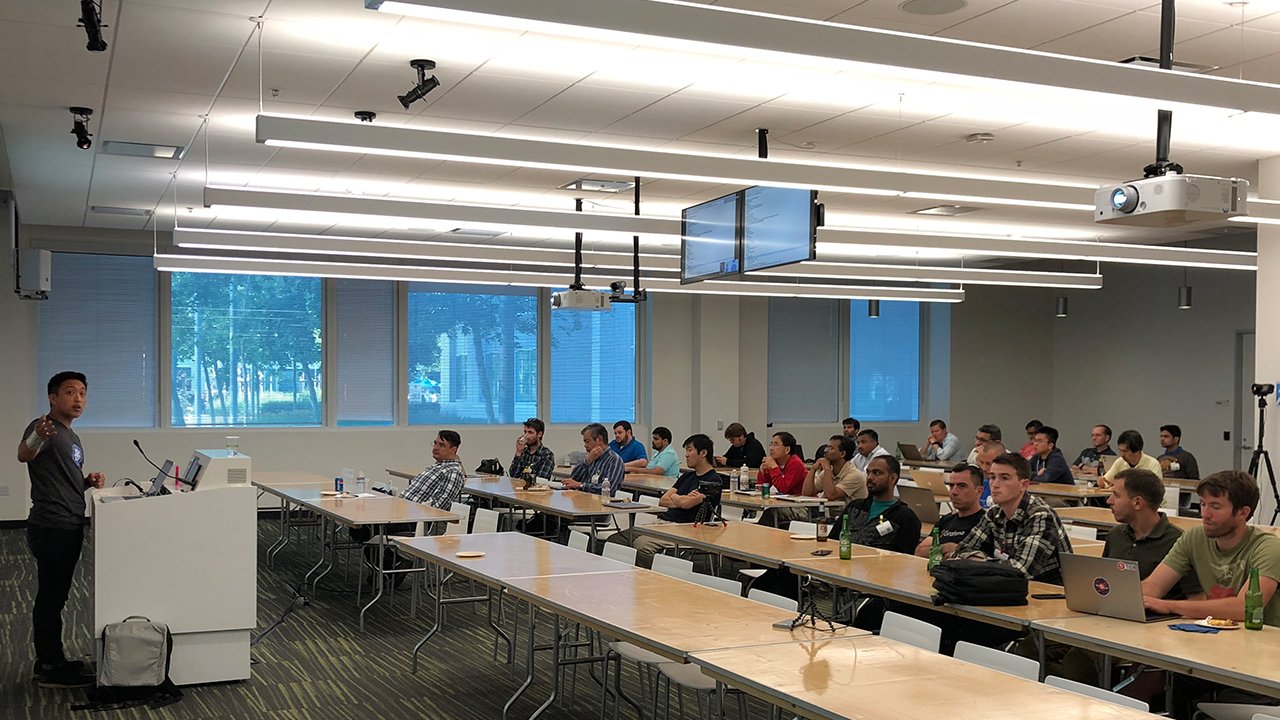 “In a Google Kubernetes Engine cluster, we actually fully abstract the management of the control plane for you. We want users to focus on deploying applications and not on managing infrastructure just to have a functioning cluster.” —Anthony Bushong, Google

For workloads running on multiple clusters located across the world, latency can be an issue if routing is not properly configured. GKE makes use of kubemci—a tool designed to configure Kubernetes ingress to load-balance traffic across multiple clusters. With kubemci, it is possible to route users to the clusters regionally closest to them—thus, achieving low latency. In case of a failover, the traffic is routed to the next closest cluster.

In the following diagram, three different users from San Francisco, Manila, and Paris are directed to a single global virtual IP (VIP) address. This global VIP address, in turn, routes each of those users to the closest cluster in their respective regions. 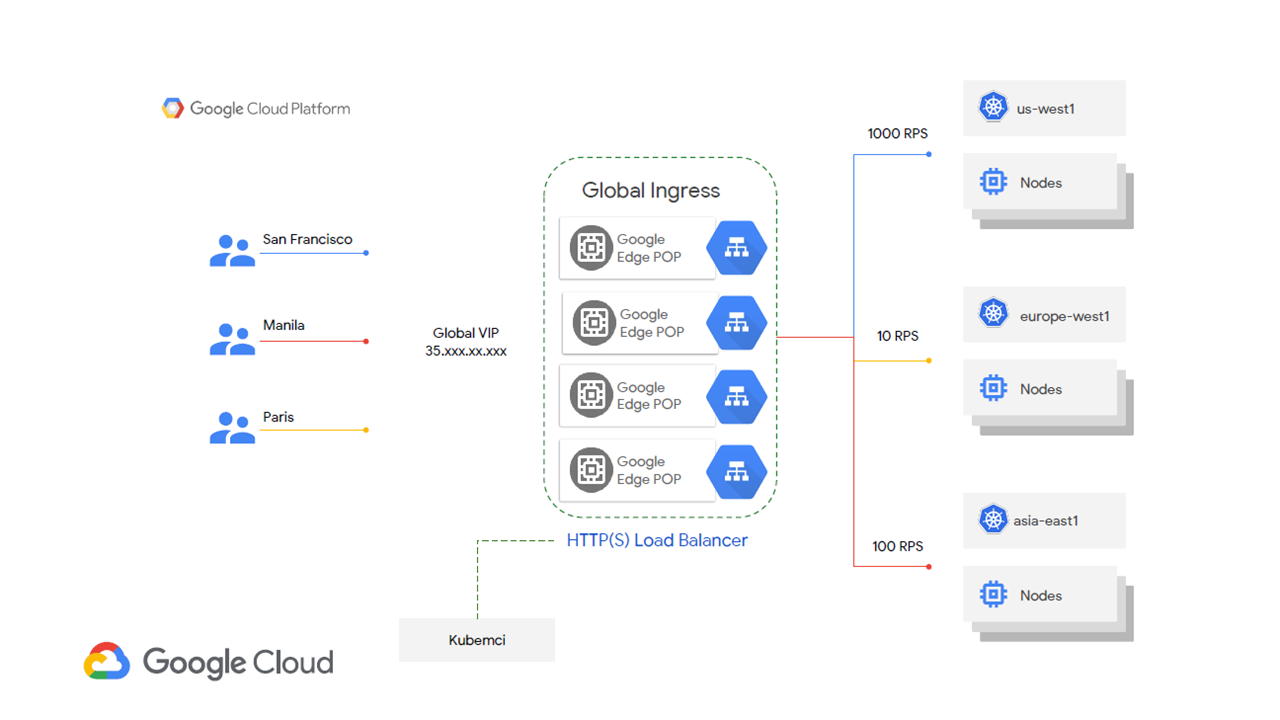 Currently, kubemci is available in beta and covers a specific scope of production-grade tasks. For instance, one may update the deployed multi-cluster ingress, delete it, remove clusters from it, or get its status. For details, you may check out the official guide. This way, kubemci seems to be rather a temporary solution, which may be later replaced by an implementation, which uses kubectl. 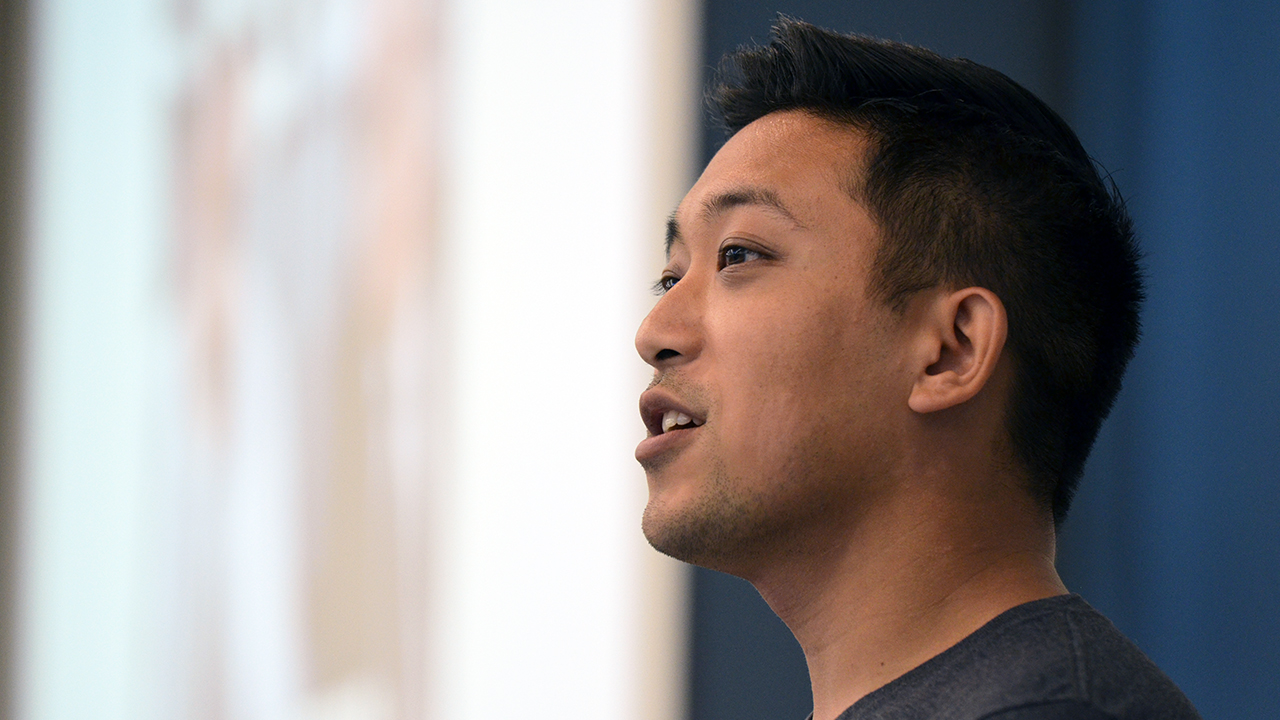 “Kubemci automically configures the load balancer to have your different clusters across the world as back ends.” —Anthony Bushong, Google

Users who run stateful workloads require high availability and failover across multiple zones. Stateful workloads are often dependent on a persistent volume. In case of a node failure, it cannot be moved to a different node when using zonal persistent disks. 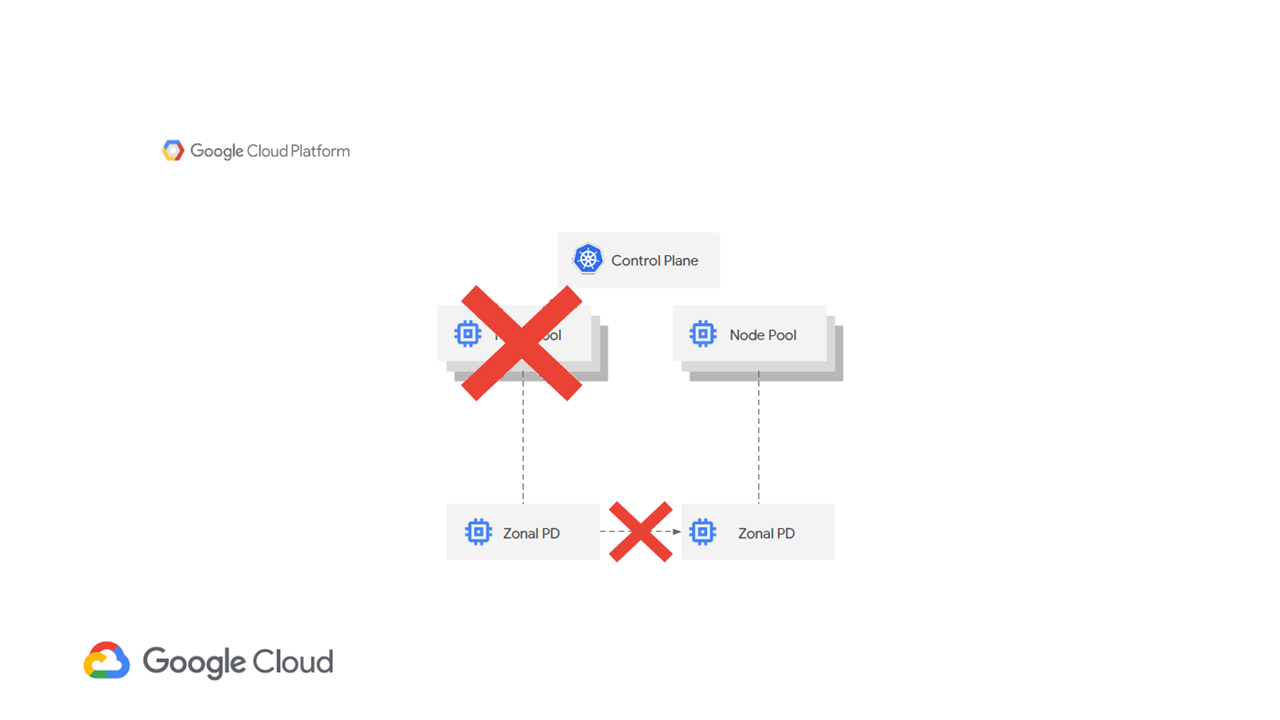 “Google Kubernetes Engine now supports the concept of regional persistent disks. If a failure occurs in zone A, workloads can be migrated to zone B and they’ll still be able to find their persistent volume.” —Anthony Bushong, Google 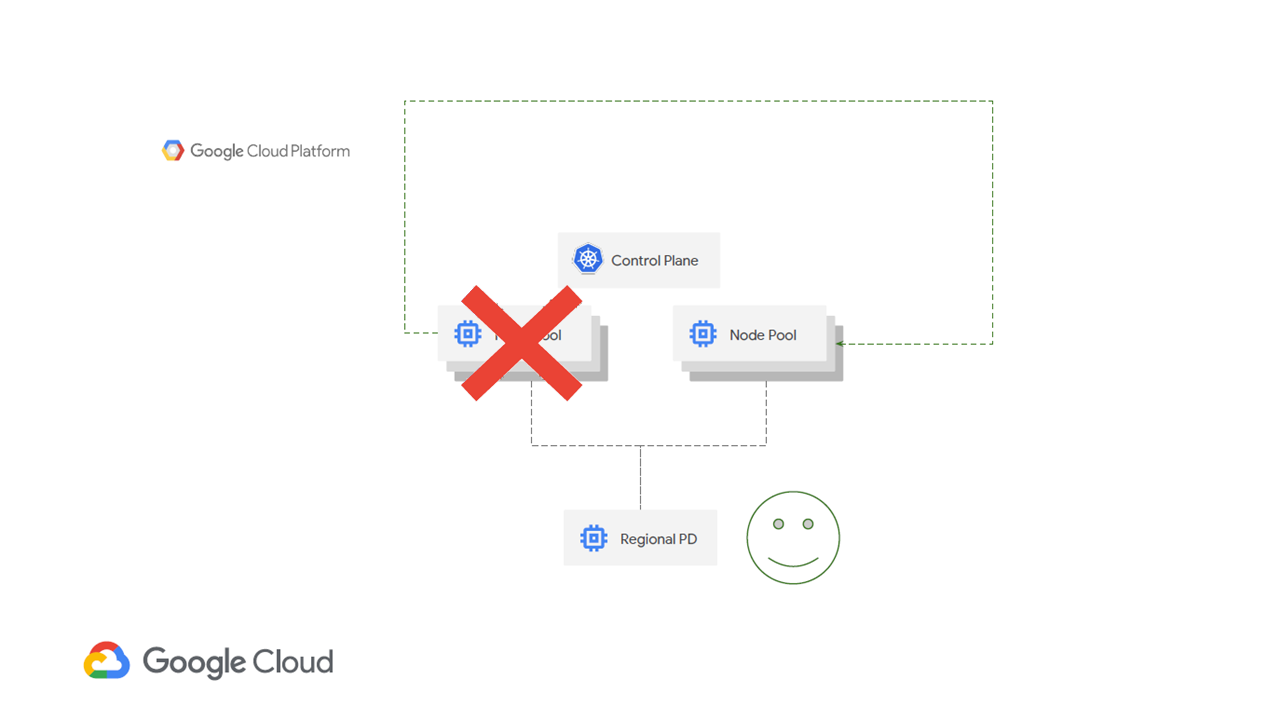 With regional persistent disks, workloads can be moved in case of a failure (Image credit)

GPUs as a service

Compute-intensive workloads require a decent number of processors unless you want to compromise on performance. Within GKE, one may employ node pools equipped with NVIDIA Tesla GPUs. To get access to GPUs, users can request for them through kubectl and specify a limit in the manifest. 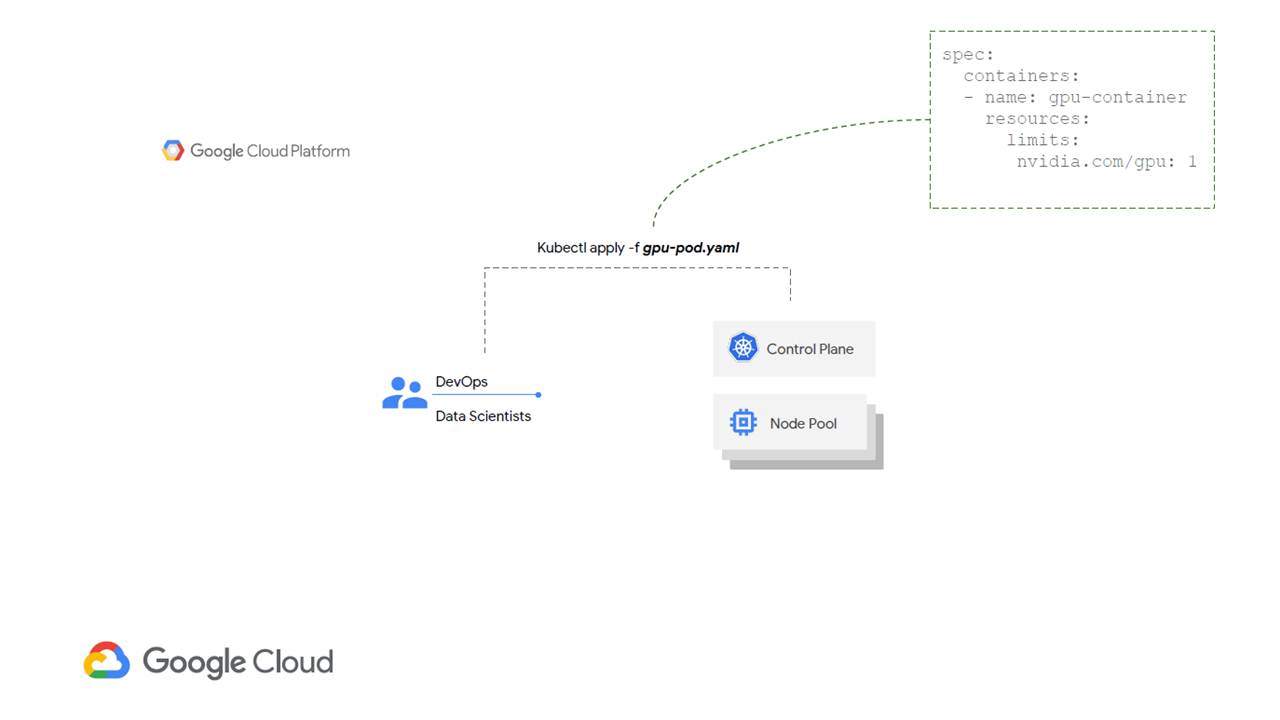 This feature also supports multiple GPU types per cluster by including a node selector parameter in the manifest. 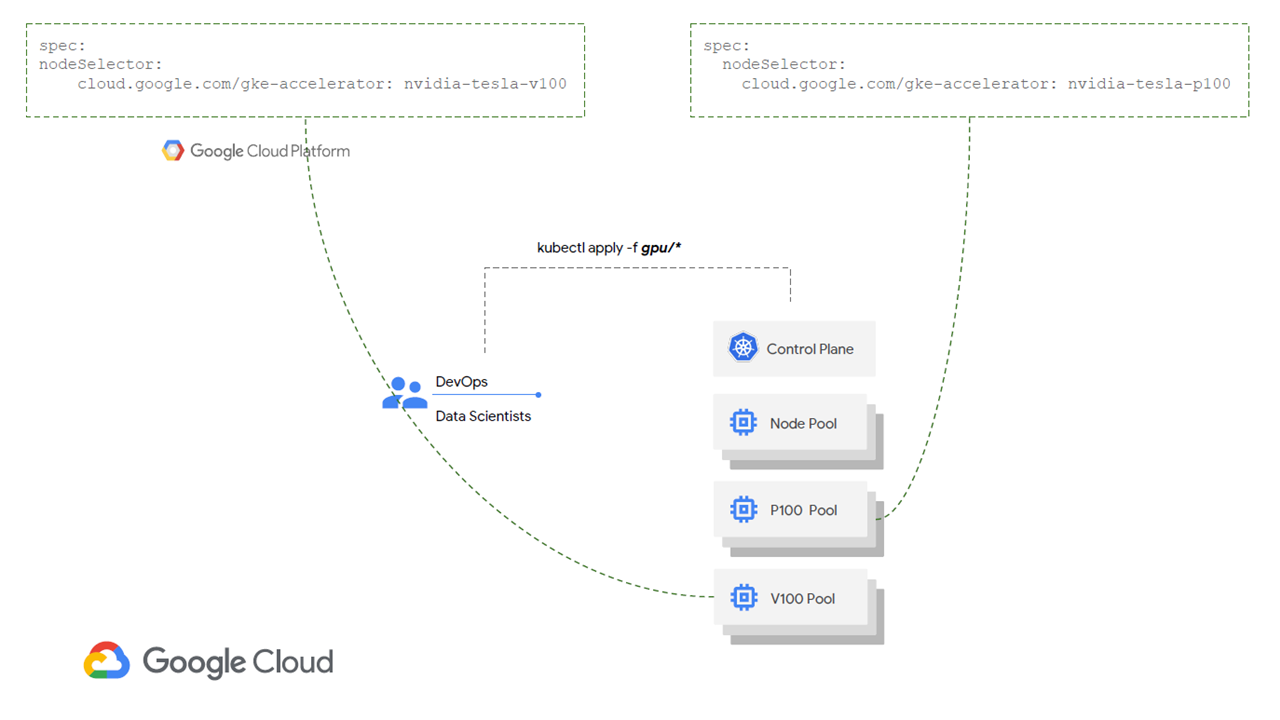 Autoscaling of clusters is also available, so one may scale down idle GPU nodes. However, one can’t add GPUs to the already existing node pools, and GPU nodes can’t be live migrated once any maintenance is taking place.

“Whether you’re running GPUs on premises or in the cloud, they’re expensive, so we want to maximize our use of them.” —Anthony Bushong, Google

While there is an increasing amount of options when it comes to deploying Kubernetes, managing clusters can still be complicated. GKE is taking steps towards abstracting cluster management to help users focus on deploying and running applications.

Anthony Bushong is a Solutions Engineer at Google with a focus on application development and Kubernetes. He has been working with customers to get up and running on Google Kubernetes Engine since Kubernetes v1.3. Previously, Anthony served as a Cloud Implementation and Database Engineer at Oracle.
This post was written by Carlo Gutierrez with assistance from Sophie Turol.