LinkedIn Aims to Deploy Thousands of Hadoop Servers on Kubernetes

by Carlo GutierrezSeptember 30, 2020
The company developed the Kube2Hadoop project to bridge security gaps between Kubernetes and Hadoop. Explore the "war stories" and challenges faced.

Hadoop is a collection of open-source software for utilizing a computer network to solve problems around massive amounts of data and computation. It provides a framework for distributed storage and big data processing. For the past 10 years, LinkedIn has invested heavily in this technology, becoming one of the largest Hadoop data lake operators in the world. The organization has over 10 Hadoop clusters, the largest consisting of 7,000+ servers with a storage capacity of 400+ PB. 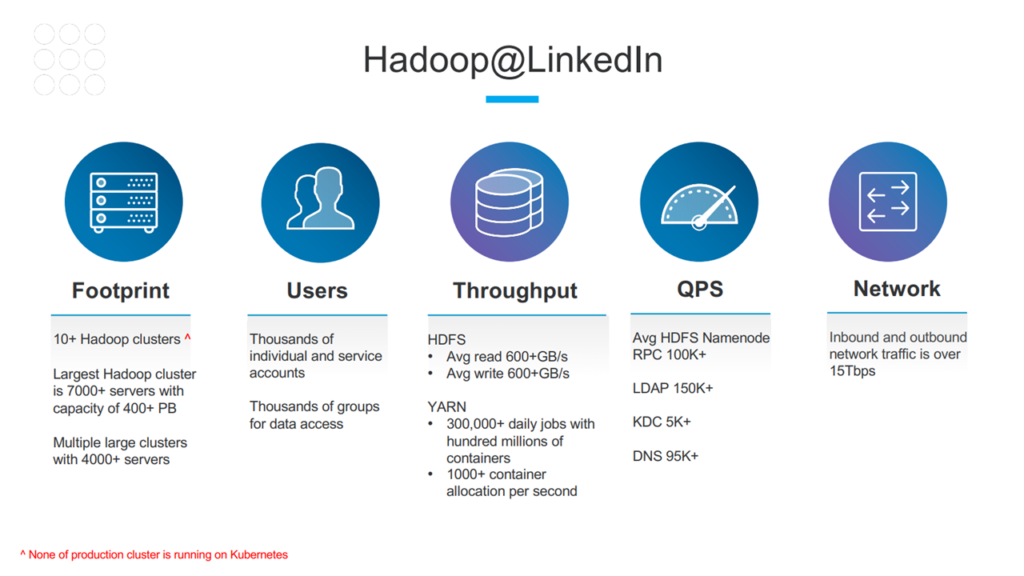 In the past few years, Kubernetes rapidly grew in popularity, and LinkedIn saw the opportunity to use the platform for its artificial intelligence (AI) workloads. However, according to Cong Gu, Senior Software Engineer at LinkedIn, before any adoption could occur, the organization needed to address the gap between the security models of Kubernetes and Hadoop.

“To enable LinkedIn AI jobs running on Kubernetes, we first need to tackle the problem of accessing a Hadoop data file system (HDFS) from Kubernetes. However, there is a gap in authentication between the two services.”

During KubeCon Europe 2020, Cong Gu along with Abin Shahab and Chen Qiang of LinkedIn revealed how the organization solved these and other issues when integrating Hadoop and Kubernetes.

Hadoop uses Kerberos, a three-party protocol built on symmetric key cryptography that ensures anyone accessing a clusters is who they claim to be. The LinkedIn team introduced the concept of delegation tokens—a two-party authentication method—to avoid the necessity to always authenticate against a Kerberos server.

By default, the Hadoop delegation token has a lifespan of a day and can be renewed up to seven days. Meanwhile, Kubernetes authenticates via certificates and does not expose the job owner in any of its public-facing APIs. As a result, it is impossible to verify the authorized user from the pod through the native Kubernetes API, and then employ the username to fetch the Hadoop delegation token for HDFS access.

For the integration purposes, LinkedIn created and open-sourced Kube2Hadoop, a project that enables secure HDFS access from Kubernetes. The tool has the following functionality: 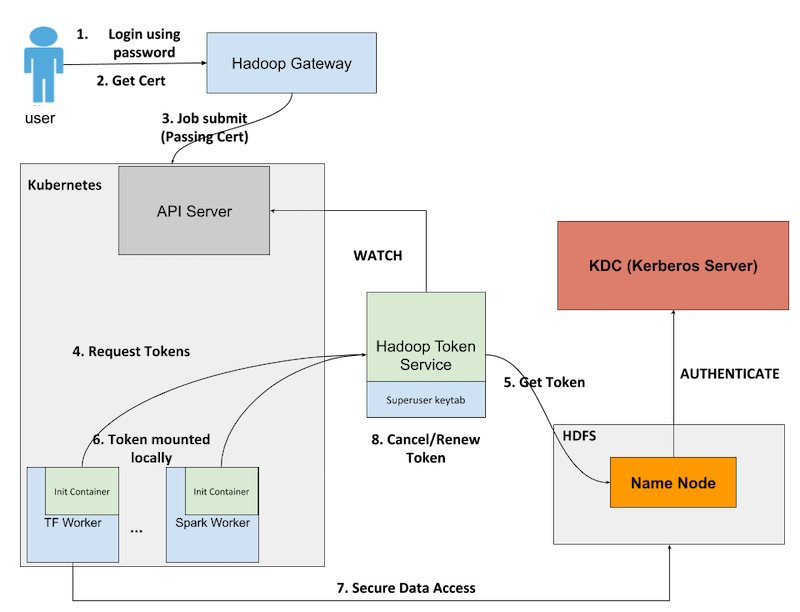 An example of the Kube2Hadoop authentication workflow (Image credit)

According to the article by Cong Gu, Abin Shahab, Chen Qiang, and Keqiu Hu of LinkedIn, Kube2Hadoop has three major components:

Read the original article by the LinkedIn team for the workflow and additional details.

When LinkedIn started to experiment with Kube2Hadoop in production, the team encountered two major problems related to network throughput and launch speeds of init containers.

Initially, users running synchronous distributed training on the host network could consistently get a rate of 900 Mb/s. 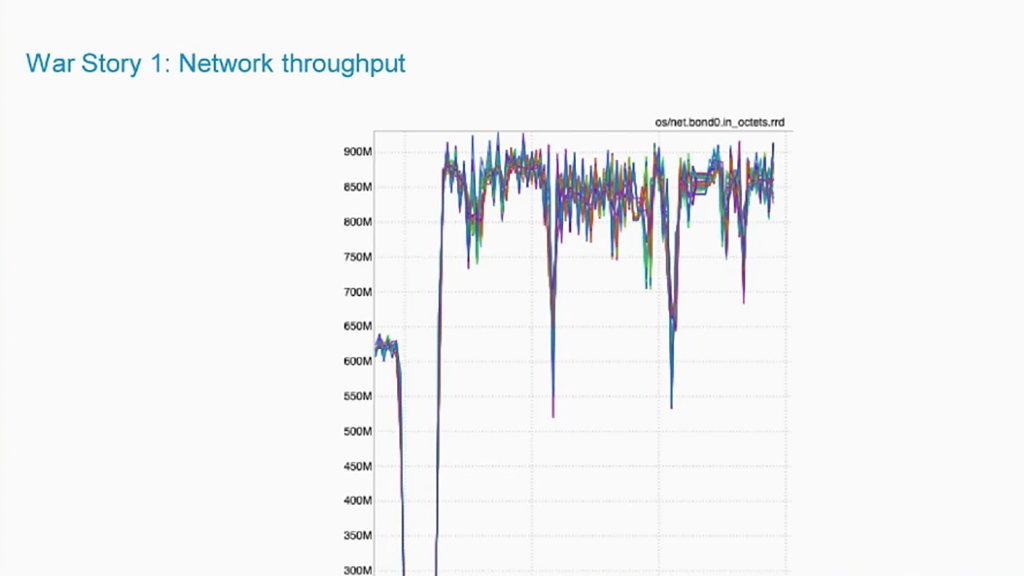 Once the team switched over to a pod network for Kube2Hadoop to get pod IP addresses, the users’ network throughput went down to around 140 Mb/s. 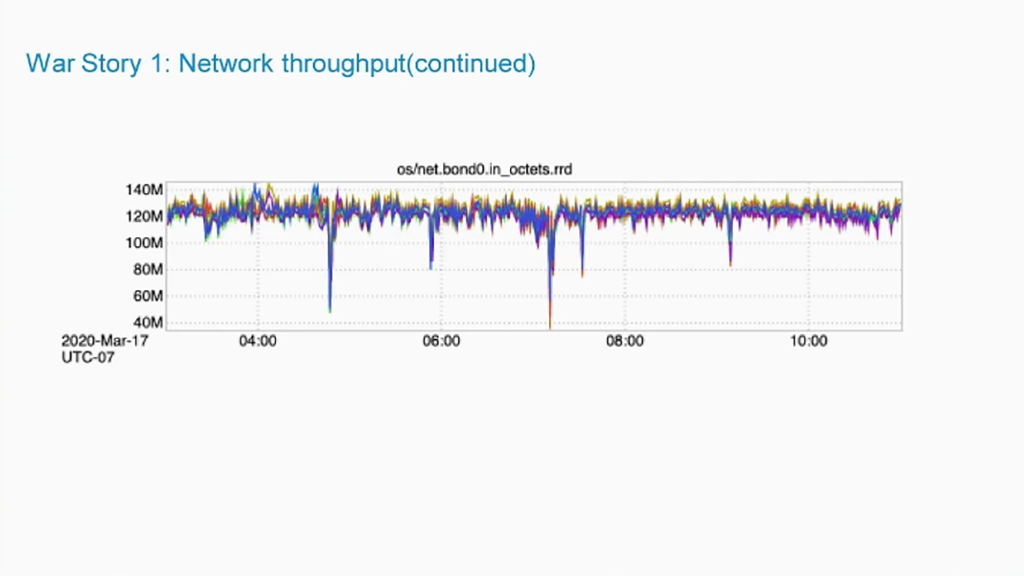 The second problem were customer complaints about slow launch speeds of init containers. According to Cong, this slow down was intentional to allow the Kubernetes API server to propagate IP addresses. 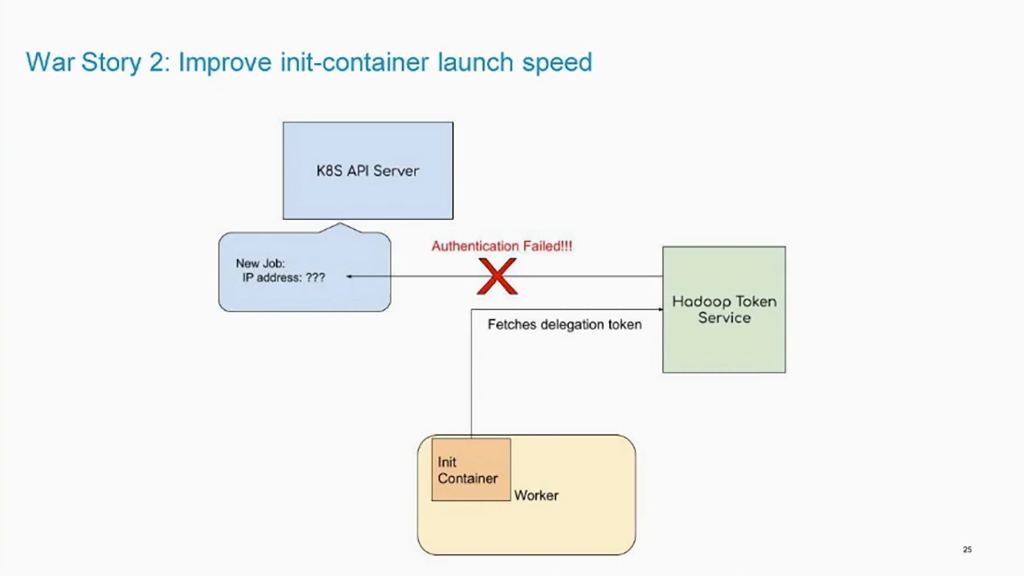 To resolve both the issues, the LinkedIn team made use of the TokenRequest and TokenReview APIs available in Kubernetes v1.14.

“Using tokens instead of IP addresses as authentication, we no longer need to bind ourselves to the pod network. Thus, we can support hosted network jobs. Since we won’t face the IP address propagation issue, we can potentially speed up our init container by a very big margin.” —Cong Gu, LinkedIn

While running Hadoop on Kubernetes, LinkedIn faced a few challenges related to domain name server (DNS), identity, network, and orchestration. Chen Qiang, Engineering Manager and Data Site Reliability Engineer at LinkedIn, provided an overview of each problem and explained how the team resolved them. 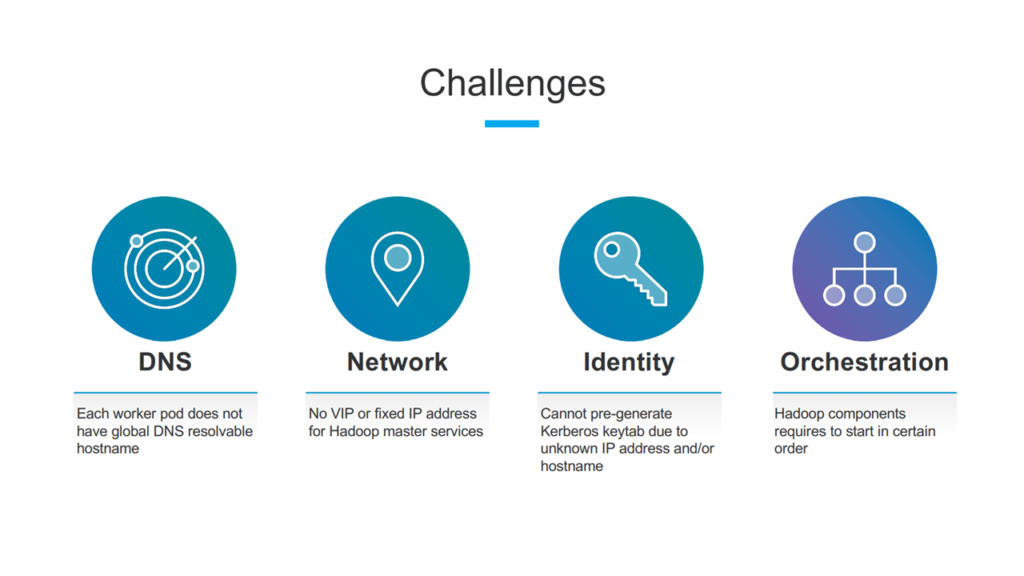 Next, there are many components in Hadoop that communicate with each other, while the cluster is up and running, but there are no fixed IP addresses for Hadoop master services. By creating a Kubernetes Service for every Hadoop administrator instance, LinkedIn delivers a predefined and structured DNS-resolvable hostname that can be predetermined in Hadoop configuration files.

Additionally, the LinkedIn team encountered an issue around identity related to secure Hadoop clusters with Kerberos enabled. To authenticate, each Hadoop cluster uses a keytab file that includes part of the hostname. However, hostnames have random IP addresses, making it impossible to pregenerate keytabs. To resolve this problem, the team introduced a Keytab Delivery Service (KDS) that uses the authentication mechanism of Kube2Hadoop.

Finally, there is a strong dependency between Hadoop components, making the bootstrap order critical. While the bootstrap order can be orchestrated externally, this introduces additional complexity and prolongs deployment. In response, the LinkedIn team introduced built-in dependencies using an init container with Kubernetes service discovery. This way, all pods can be deployed simultaneously, effectively reducing cluster deployment time down to two minutes.

Moving forward, LinkedIn is looking to expand the effort to run Hadoop on Kubernetes by adding more big data components, such as Spark, Hive, Presto, and Azkaban. The organization is also in the processes of testing long-running Hadoop clusters on Kubernetes in order to replace bare-metal environments.

As for Kube2Hadoop, the LinkedIn team is planning to add a chief init container that will be in charge of fetching delegation tokens from Hadoop Token Service and then distributing the tokens to workers. This has the potential to improve scaling, especially with deep learning jobs involving thousands of containers. 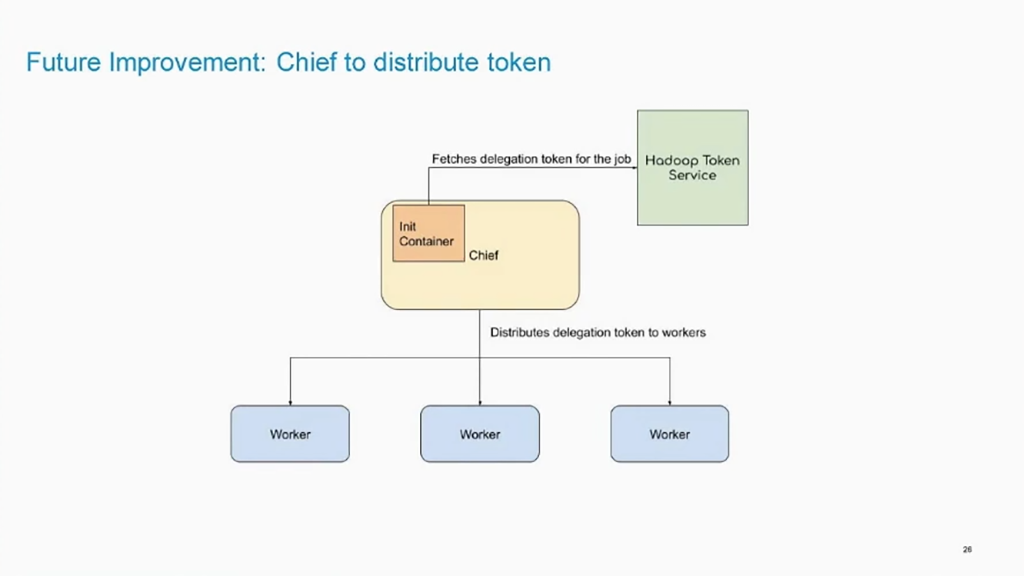 By integrating Hadoop and Kubernetes, LinkedIn can better scale its AI projects. With open-source Kube2Hadoop, organizations are able to combine different Hadoop workloads onto a single resource management platform. This way, companies that have separate online and offline infrastructures can easily leverage their online infrastructure during off-peak hours, effectively utilizing idle resources and potentially reducing millions in hardware cost.

Chen Qiang provides an overview of lessons and takeaways LinkedIn encountered in running Hadoop on Kubernetes.

Cong Gu is Software Engineer at LinkedIn’s Big Data Platform team. He joined LinkedIn in 2017 and helps AI engineers by building infrastructure to improve their productivity. Cong has given technical deep dive talks in company-wide settings, as well as at KubeFlow Summit.

Keqiu Hu is Engineering Manager at LinkedIn, where he leads a team that works on big data compute orchestration and deep learning. In addition, Keqiu manages system infrastructure engineers with experience in Apache YARN, Kubernetes, and TensorFlow. He is also involved in the development of TonY and Bluepill.

Comcast Deploys 1,000+ Times per Month with Pivotal Cloud Foundry
Next