A A A
Home page » News/Opinion » Cloud Foundry Advisory Board Meeting, May 2020: CI and Logs at Scale
Contents
247
0 Comments

Cloud Foundry Advisory Board Meeting, May 2020: CI and Logs at Scale

by Carlo GutierrezMay 21, 2020
Engineers of T-Mobile shared experience in managing log loss on VMware Tanzu and lessons learned from the company's shift to life-cycle automation.

The meeting also discussed leadership changes for CF Extensions, the upcoming North American Summit, as well as updates around the ecosystem projects.

Eamon Maguire of T-Mobile led a presentation on managing log loss at scale on VMware Tanzu. To put context to the meaning of scale, he noted that T-Mobile had more than 3,000 applications, which ran 700 million daily transactions. These applications spanned 70,000 containers across over 20 foundations. (Previously, we’ve written how T-Mobile handles 1M+ transactions daily thanks to Kubernetes, and how the company slashed production time from months to days with Cloud Foundry.)

According to Eamon, T-Mobile had frequent issues with severe log loss across applications on VMware Tanzu. The loss could happen at any point in the system. The organization experienced a sustained log loss of 15%, and this ballooned to 75% during peak periods causing delays to various components.

Finding the cause of the issue was challenging, since T-Mobile did not own all of the components. Therefore, they did not have a good view from the application perspective and did not have consistent alerting. The organization had to rely on manual and ad-hoc processes to pinpoint issues.

“At any step in the chain, we could see issues with CPU, memory, or queues filling up. What we found out is that more often than not, the cause of the problem was a ‘noisy neighbor,’ which is an application that is just logging excessively. Since it’s a shared platform, there’s typically a single or a few applications responsible for flooding everything and causing the log loss.” —Eamon Maguire, T-Mobile

After identifying the cause of the log losses, T-Mobile developed a solution. 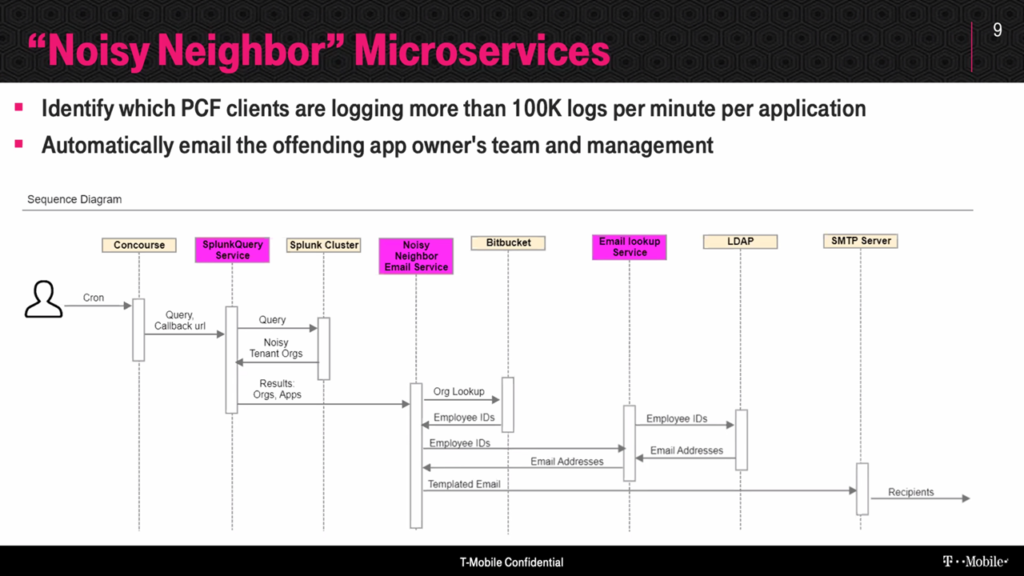 Using this method, T-Mobile has improved retention on Splunk. Automated detection and notifications are now helping the support team to save up to 2 hours daily.

Brandon Indrick of T-Mobile presented on the organization’s shift to life-cycle automation. Prior to automation, the company faced such challenges as:

“Today, all of our tiles are backed up by configuration files. Foundation consistency, which was all over the board, is now at an all time high. From no change tracking to full change tracking, we have verification and accountability. From moving one foundation to a single-point upgrade every 2 weeks, we can now do over 3 multi-point foundation upgrades per week.”
—Brandon Indrick, T-Mobile 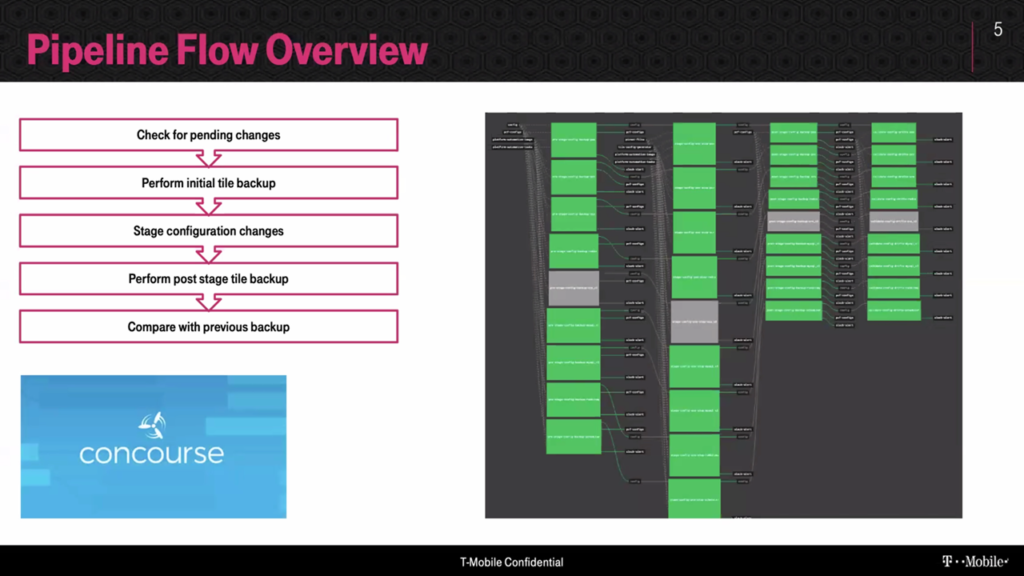 Troy Topnik of SUSE, who moderated the call, mentioned that nominations for a new CF Extentions PMC lead are still open. The position was previously held by Michael Maximilien of IBM (aka Dr. Max). After nearly four years as the head of CF Extensions, Dr. Max announced his decision to step down back on May 1.

The next CAB call is preliminary scheduled for June 17, 2020, at 8 a.m. PDT. Anyone interested can join Cloud Foundry’s CAB Slack channel.