by Carlo GutierrezDecember 20, 2018
The Terraform plugin helps to configure environments declaratively with the HCL language. CF Dev adds telemetry and can be run with just 5 GB of memory. 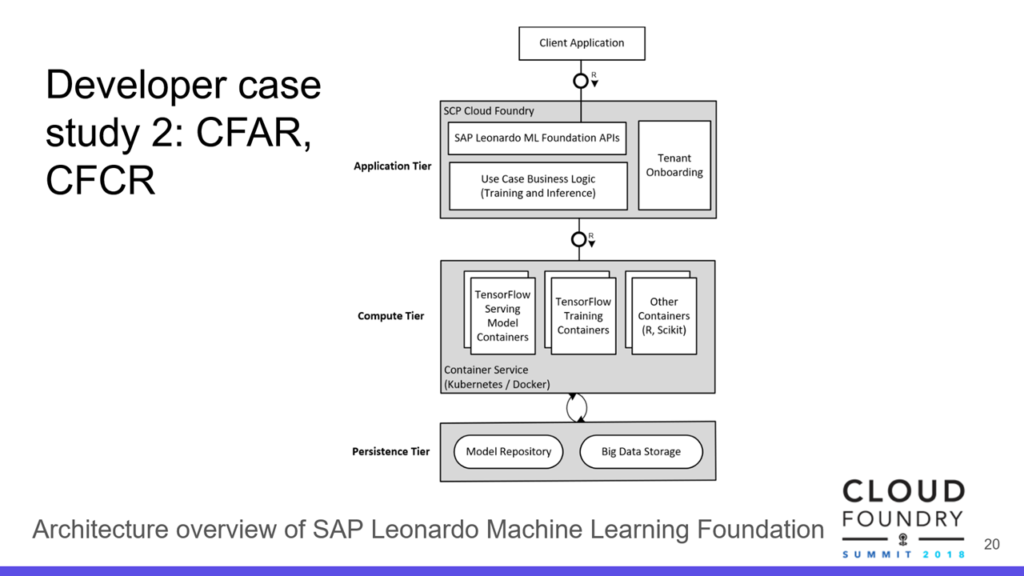 “When we deploy our landscape, we have to deploy over Cloud Foundry, Kubernetes, and AWS. To support these three landscapes, we needed a tool, and Terraform was the tool that helped us with this issue.” —Janos Binder, SAP

During the call, he demoed how to deploy an application and how simple it is to modify the application with Terraform. 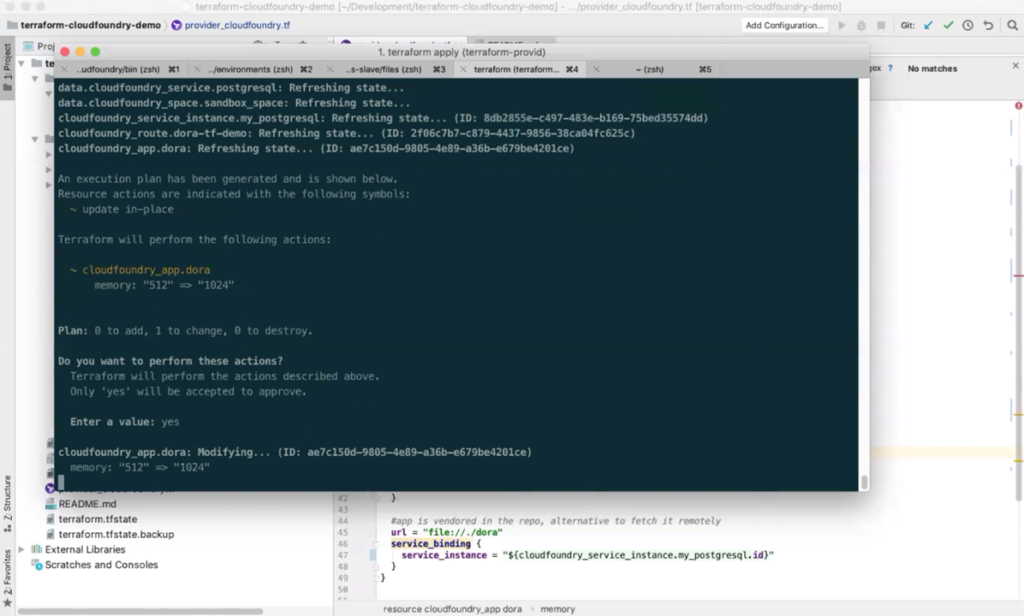 “It’s like running Cloud Foundry in miniature on a local machine or a single machine. Some of the common use cases that we’ve been thinking about include debugging locally or spinning up a Cloud Foundry instance as a way to begin application development in a Cloud Foundry environment if the rest of the network is locked down.” —Samuel Dawson, Pivotal

Samuel emphasized that CF Dev has improved since the last demonstration during the March CAB call. These improvements include:

He added that the CF Dev team is “continuing to test this in other machines to see how small we can make that footprint, and how quickly we can get CF Dev up and running locally.” 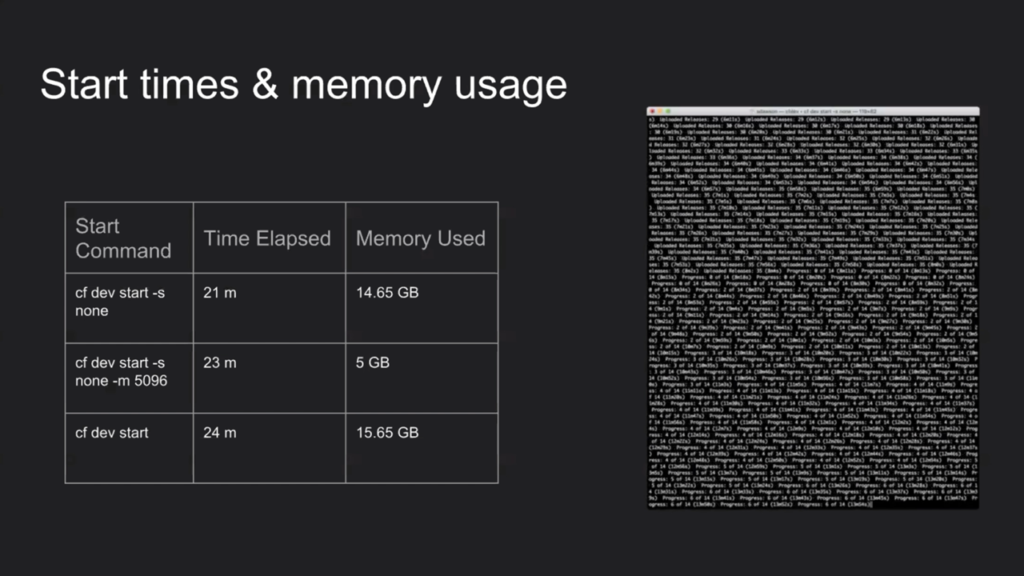 Finally, Samuel listed some of the features that are currently being planned:

Frederic Desbiens of Pivotal noted that Marco Voelz of SAP had announced stepping down as BOSH Core Europe PM, but will remain as BOSH PMC lead. Frederic also mentioned that the BOSH vision and strategy document was made public to provide visibility and to foster collaboration in the community. Finally, he followed up with a few more BOSH updates:

Michael Maximilien of IBM (aka Dr. Max), who moderated the call, listed a few developments:

Swarna Podila of the Cloud Foundry Foundation reminded callers that the next Cloud Foundry Summit will be held in Philadelphia on April 2–4. The full schedule of the summit will be announced mid-January. Registrations are still open, and a registration code for contributors has been sent to the cf-dev mailing list.

She also commented on the success of the most recent Cloud Foundry Day, which was held in Seattle on December 10. Lastly, the CF Foundation will undergo its annual shutdown starting December 22 until January 6.

To cap off the year, Chip Childers of the Cloud Foundry Foundation gave thanks to all the members of the CF community.

“It’s been an amazing year. We’ve had the opportunity to talk to a lot of the customers, different distribution providers, as well as other open-source users. It’s really amazing to hear all the great feedback about all kinds of different use cases from the developer experience to the application runtime.” —Chip Childers, CF Foundation

As for 2019, Chip noted that the Cloud Foundry Foundation will continue activity around embracing open-source projects throughout the broader ecosystem.

See you next year!

Before the call ended, Dr. Max mentioned that the next CAB call is scheduled for Wednesday, January 16. As usual, the call will start at 8 a.m. Pacific Time. Anyone interested can join the Cloud Foundry’s CAB Slack channel.