by Roger StrukhoffFebruary 2, 2017
Open-source software has become ubiquitous, used by the vast majority of enterprises throughout the world. It has created an equally vast ecosystem along the way, to the benefit of buyers and sellers of technology.

Trend #2: The open-source ecosystem is everywhere

It’s no secret that open-source software has made enormous strides in recent years. We can trace this to the success of Red Hat, which took the open-source Linux operating system and made a business out of customizing it and supporting it.

Red Hat’s revenues were about $6 million in 1998, then grew to $37 million two years later. The hockey stick continued to get a much longer handle, as revenues passed $1 billion in 2012 and currently sit at about $2 billion annually. The company now has around 10,000 employees. 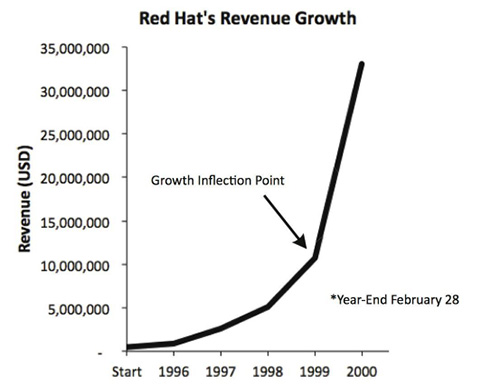 The evolution of “free”

Red Hat made the idea of creating a profitable open-source company became legitimate, as well as the idea of using open-source software as a serious enterprise IT component. The old admonition to distinguish between “free beer and free speech” when discussing open source as companies learned they could buy plenty of beer by following free-speech open-source principles.

Today, Red Hat is involved in one of the most exciting collaborations in the open-source world, the Open Service Broker API. This new initiative received emphatic support in December 2016 from the Cloud Foundry Foundation. It enables interoperability of services across several platforms, including Cloud Foundry, Red Hat OpenShift, and Kubernetes.

It is yet another example of how the companies that were competing hard are now building the same open-source project, driving a win-win situation. Hats off to the collaboration! 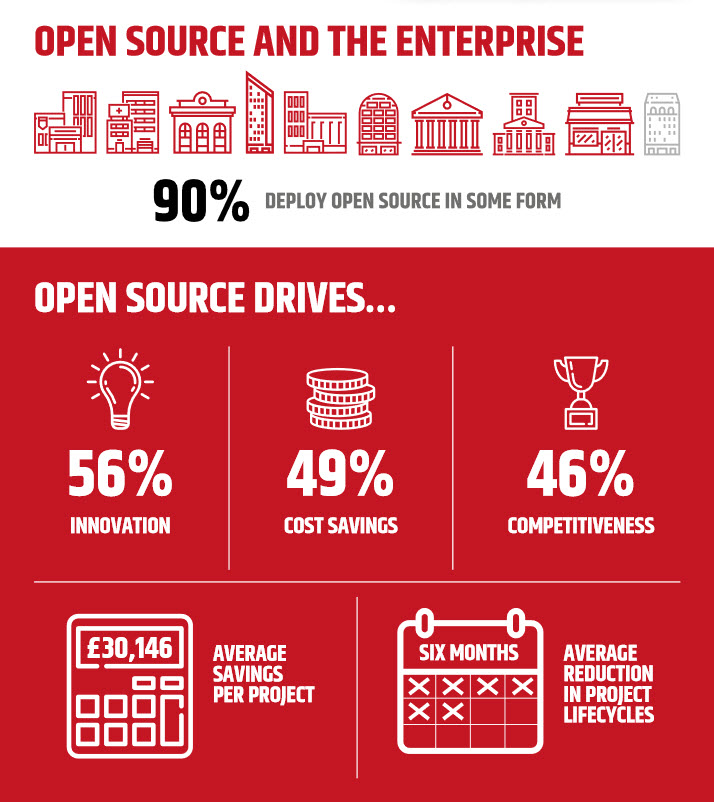 Running with the big dogs now

So, open source has evolved from the days of Microsoft labeling it “an intellectual property destroyer” to a trusted meta-brand in enterprise IT. Today, in fact, a new generation of Microsoft leadership is expecting its Linux-based Azure platform (with its open-sourced SDKs) to deliver significant new growth to the company and its customers.

Meanwhile, IBM and HPE also have high expectations of their Cloud Foundry distributions: IBM Bluemix and HPE Helion. The stakes are high: Cloud Foundry was launched with a goal to become “an industry open standard for PaaS.” The new Leviathan, Dell EMC, has Cloud Foundry inventor VMware and Cloud Foundry spinoff Pivotal safely tucked into its folds. 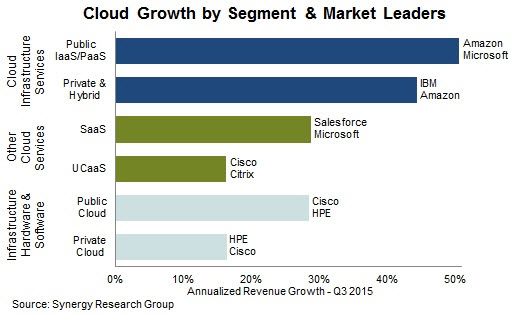 An open-source technology is not respectable unless it has a solid foundation behind it, and there are enough of them today to make even cranky geeks happy. Two of them are particularly prominent: 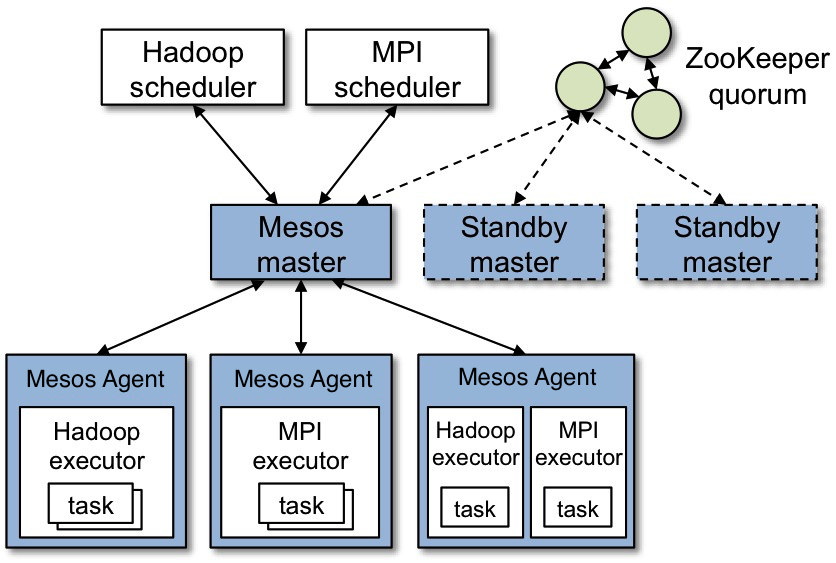 The ecosystem is the key

We at Altoros are also committed to open source. The company is one of more than 60+ members of the Cloud Foundry Foundation and ecosystem. Altoros works with members of the Global 2000 with a focus on digital transformation. The key technologies Altoros employs for its customers are all open-sourced: Cloud Foundry, OpenStack, Hyperledger (which has come primarily out of IBM), TensorFlow (which has come out of Google), and many others.

This open-source ecosystem for all providers and developers who take advantage of it extends in all directions of the stack and deployments. Start with the Linux operating system, then don’t forget Docker containers, the Redis and several NoSQL databases, Puppet and Chef configuration management, the Spring platform, and many programming and scripting languages. 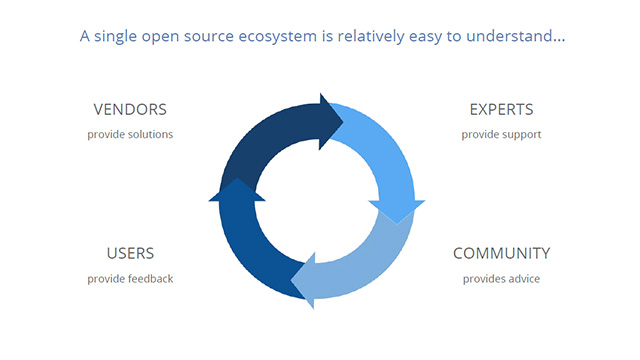 It’s free speech, not free beer, and free speech is a powerful thing. Open source can be envisioned as a vast toolbox of options at every stage of a migration or new project. Its tools allow technology providers and their customers to add functionality and tweak the code.

Membership organizations oversee their evolving software technologies, updating, and augmenting releases through various forms of democratic collaboration. If you sit on technical committees or attend community and foundation conference calls and meetings, you know that this can be a tedious, plodding process.

Here are some foundational principles

However, open-source advocates will say the dreary aspects of achieving open-source progress is worth it. Some principles I’ve encountered in my work with various open-source initiatives include:

How open is open source?

On a related note, I’ve been following those specific principles while researching “measures of openness” within the open-source technology world. The research examines whether particular technologies are available in a pure open-source form, whether they are supported by a foundation, how large a foundation and community are, and how active and diverse the community is. The research will eventually pay off in an open-source ranking system and guide to be used by providers and buyers when evaluating open-source options.

We’re looking at hardware as well as software. Chips, boards, systems, and designs are all under purview. This aspect of the research is inspired by the Facebook-led Open Compute Project, which grew from a practical need for the company to optimize the cost and performance of the massive infrastructure it needs to serve more than a billion people. 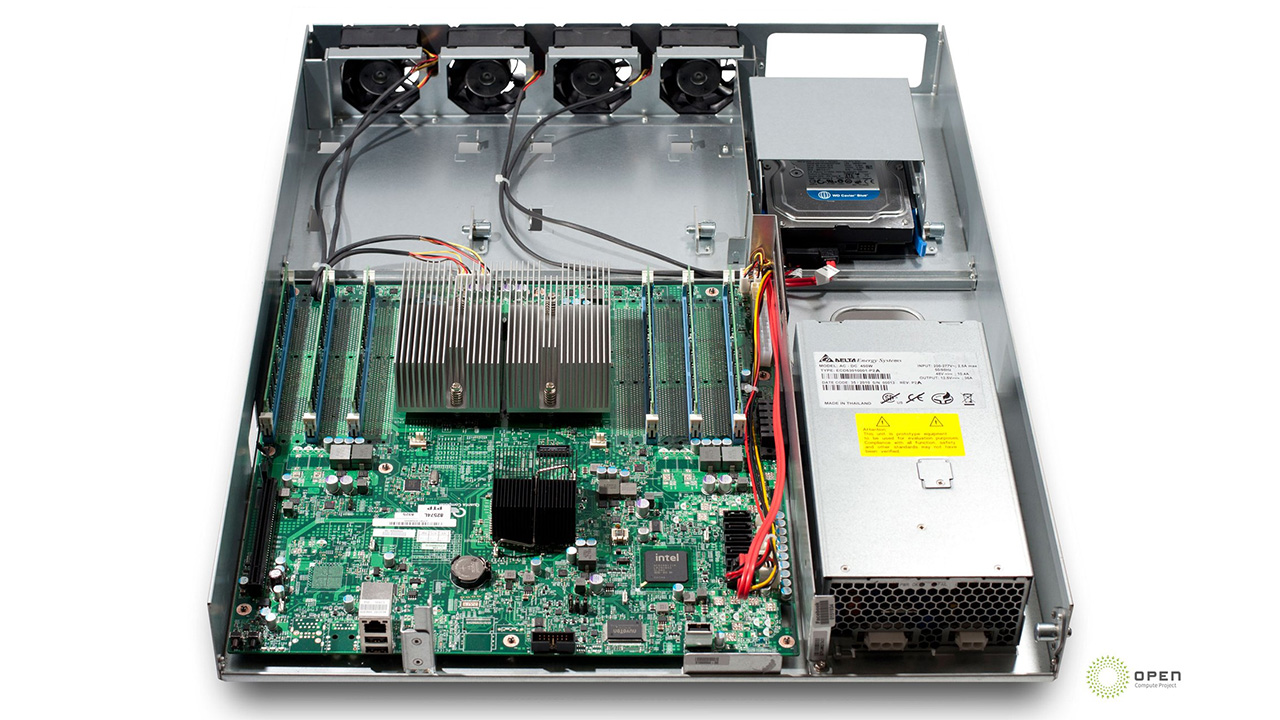 As with most (perhaps all) large projects, this work’s completion has taken some time, with the first definitive results scheduled for the end of this year.

Open-source technology can now be said to be ubiquitous, in my opinion, as its mindset pervades technology developers and buyers alike. This seems unlikely to change, even as all companies balance the impulse to dominate their markets while working in a collaborative way that, in the end, benefits buyers by offering choice and benefits sellers by offering larger overall markets.

R3 CEV Unveils a Distributed Ledger with Pluggable Consensus
Next