A A A
Home page » News/Opinion » Why Should Startups, Investors, and Developers Care About Ruby on Rails?
Contents
55
0 Comments

Why Should Startups, Investors, and Developers Care About Ruby on Rails? 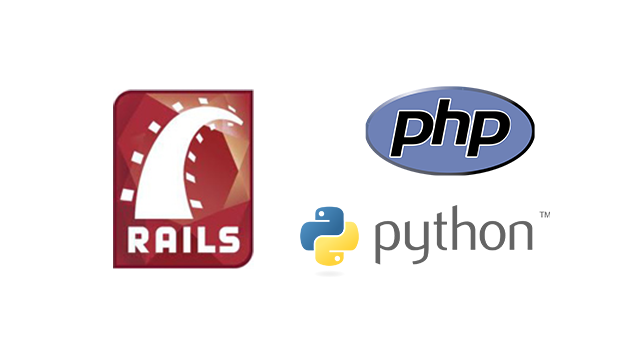 by Andrei YurkevichNovember 21, 2011
Learn about the importance of implementing last-generation technologies to help you keep up with the fast-changing IT world.

The technology of choice

A couple of days ago, our CEO, Renat Khasanshyn, told about an interesting chat he had had with the leader of one of the startups last week. Here is an extract from their talk.

— What language do you use for your project?
— Java.
— Are there other startups in your segment that use Java, as well?
— Haven’t heard of any. Everything is made using PHP, Python, and Ruby, Ruby, Ruby.

It is not surprising that the above-mentioned technologies are commonly used by startups to save time on development. The main target for such projects is to raise venture money to survive—the overall system stability is moved to the background. However, if you take a look at such successful projects as LinkedIn, Twitter, Zynga, Facebook, and Google, you will see that they seldom completely discard the technology used for the start of their projects. They just do not have time for that. So, Facebook puts up with PHP and Google with Python. In addition, they improve and develop the languages and their frameworks to enable them to process queries from hundreds of millions of users.

Why Ruby on Rails?

Here, we should mention a special role of Rails, a Ruby framework. Without delving into technical details, the framework features a number of tools to get results in a short term and lots of opportunities for further enhancements, which is a great advantage. This is the reason why the technology is so popular with startups. Twitter, Groupon, RightScale, EngineYard, ShoeDazzle, GitHub—all of them have chosen Ruby on Rails, and now we can read their success stories. Former small projects grow into large portals and build strong demand for the technology that is not taught at universities.

We see that the company founded in 1998 easily acquires the leading division of the established brand that had been operating since 1928. Microsoft, which seems to be invincible, diversifies into cloud solutions and game consoles. Companies can turn into giants in 3–4 years and then suddenly lose their leading positions. Investors willingly put their funds into venture projects, which has not been observed since the dot-com bubble. All this shows that the life cycle of companies and the technologies they are working with reduces. It took 15–20 years for Java and С++/С# to mature. As for Ruby on Rails and Python/Django, the way to mass implementation and corporate use is going to be twice shorter.

Today’s IT world spins several times faster. In this blog post, we deliberately do not go deep into the language differences. The debates over the advantages of one technology over another eternally last on the Internet. There is no need for belittling Java and .NET importance, as the languages will be successfully used for a long time. They will keep their broad niche of enterprise projects and mature software products. Every programming language has its own history and the way to the hearts of users and their computers. However, it is expected that in the nearest future, the majority of web projects would be created with the use of last-generation technologies, such as “PHP, Python, and Ruby, Ruby, Ruby.”

With 10+ years in the software development industry, Andrei Yurkevich serves as President and Chief Technology Officer at Altoros. Under his supervision, the engineering team has grown from zero to 350+ specialists across eight global locations. Currently, he is responsible for technology alliances in big data and PaaS. Andrei has successfully implemented strategies for software product development, marketing, motivation systems, personnel performance management, and team building.

Can Japan Win Over COVID-19 with Technology, Automation, and Telemedicine?
Read More
372

Can a Business Trip Be a Fascinating Adventure? Ask Our Norwegian Customer!
Next

AIR 3.0: Migration from Flex to Mobile with Less Limitations
CATEGORIES