A A A
Home page » News/Opinion » LA Ruby Conference: Where Is My Scalable API?
Contents
71
0 Comments

LA Ruby Conference: Where Is My Scalable API?

by Alena VasilenkoMarch 13, 2013
During the event, the participants learned how to increase the productivity of Ruby-based applications, explored new tools, deployment techniques, etc.

On February 21–23, 2013, California became a residence for hundreds of Ruby enthusiasts who came to attend the Los Angeles Ruby Conference. Marconi Automotive Museum in Tustin was selected as the venue for the conference.

During the event, the participants discussed the latest frameworks and real-world use cases, as well as learn how to increase the productivity of Ruby-based applications with Ruby-compatible tools. During the lightning talks, the speakers explored refactoring of large applications featuring complicated business logic and demonstrated how to build recommendation systems using Ruby. 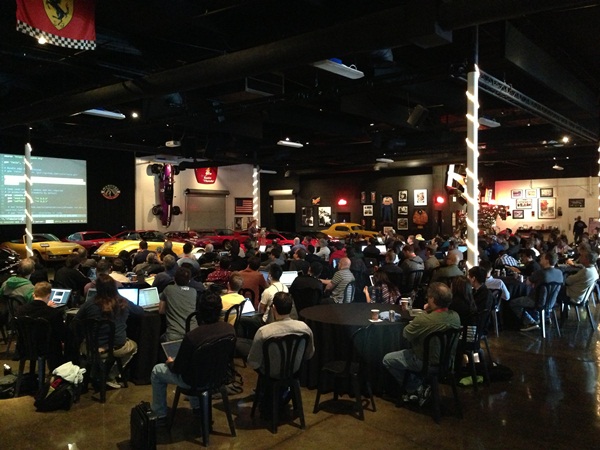 Altoros could not stand aside and joined the Ruby wave. Juan Pablo Genovese, a passionate Ruby developer at Altoros Argentina with working experience since 2006, left Altoros’s office in Argentina and rushed to the City of Angels. During the conference, he had a rather intense schedule, since he was involved as a coach and a speaker. 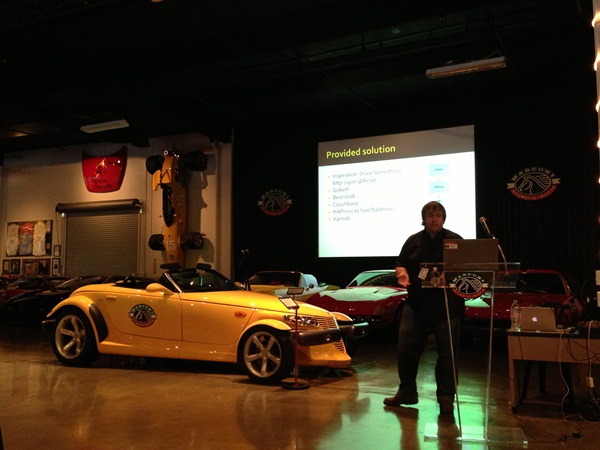 Juan Pablo came up with the session “Where Is My Scalable API?” in which he dwelled on reducing cloud infrastructure costs through using Goliath, a non-blocking web server. According to the feedback received from the audience, about 98% of the people present were not familiar with Goliath. So, it was a great opportunity for Juan Pablo to introduce the new technology to the attendees. 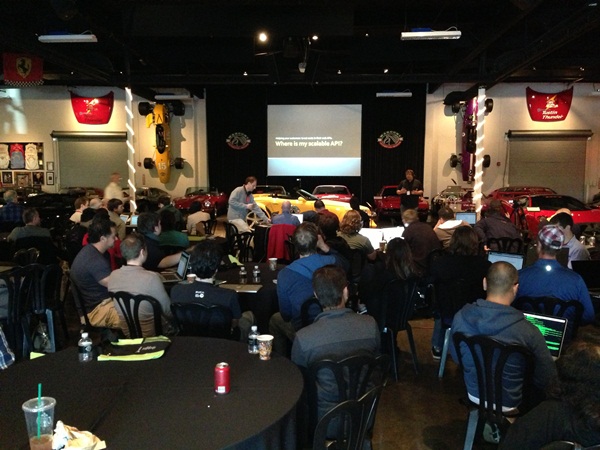 On February 21, the Ruby conference started with a two-day workshop. What was extremely good about this event is that the participants got new theoretical knowledge, as well as practiced new tools under the mentoring of more experienced colleagues.

Juan Pablo Genovese arrived at the Holiday Inn Media Center in Burbank, California, where the workshop took place on Thursday morning. As a mentor, he helped the attendees to try A/B testing methods, as well as such tools as Goliath, Httperf, and JMeter. As Juan Pablo commented, “We were learning how to test your web app to death.”

“I got to meet and talk to Jim Weinrich, Ron Evans, Corey Haines, and more big Ruby guys. I was kind of nervous when I saw them in the crowd, but well…I was there, and I was not going to back down”—Juan Pablo Genovese, Altoros Argentina 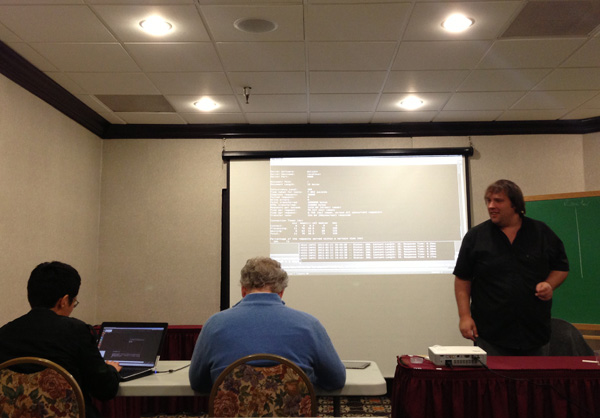 On February 22, the participants attended a free workshop organized by RailsBridge, a non-profit organization that contributes to the diversity of the Ruby community. This organization helps groups of people that are underrepresented in the community to master Ruby to build a well-balanced Ruby world. Juan Pablo was invited as a mentor to share his rich experience. 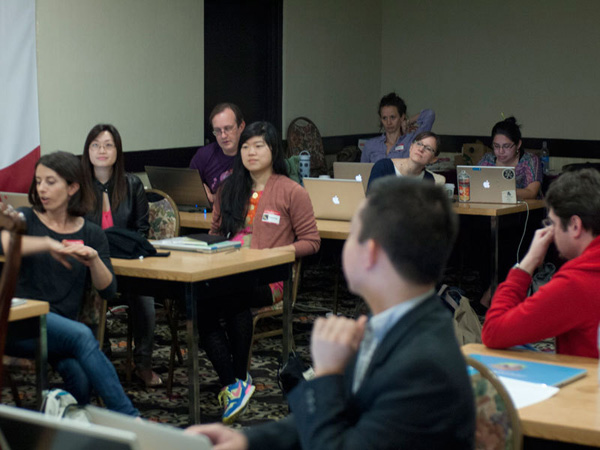 This time, the workshop welcomed ladies. The only way for a guy to get there was to invite a woman who wants to learn Ruby.

“When we started, most of the ladies could not write any single line of Ruby code. By the end of the day, together, we have managed to develop a Ruby-on-Rails-based application, test it, and deploy it to Heroku. Pretty impressive!”—Juan Pablo Genovese, Altoros Argentina 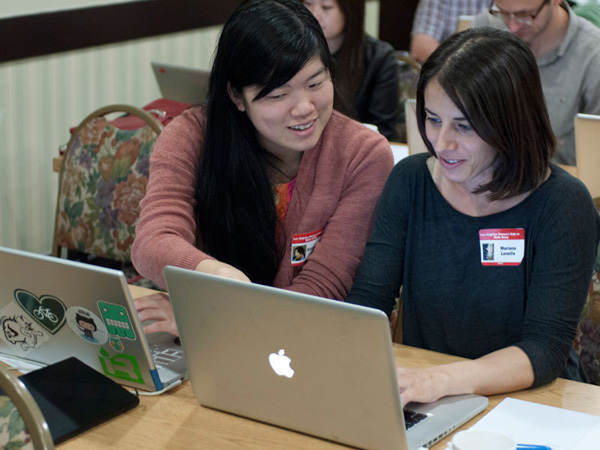 Juan Pablo liked the idea of such educating events, so he decided to organize something of that kind in Argentina. The end of the event was celebrated with beers, clinking to Ruby’s prosperity.

The post was written by Alena Vasilenko; edited by Alex Khizhniak.

Can Japan Win Over COVID-19 with Technology, Automation, and Telemedicine?
Read More
372