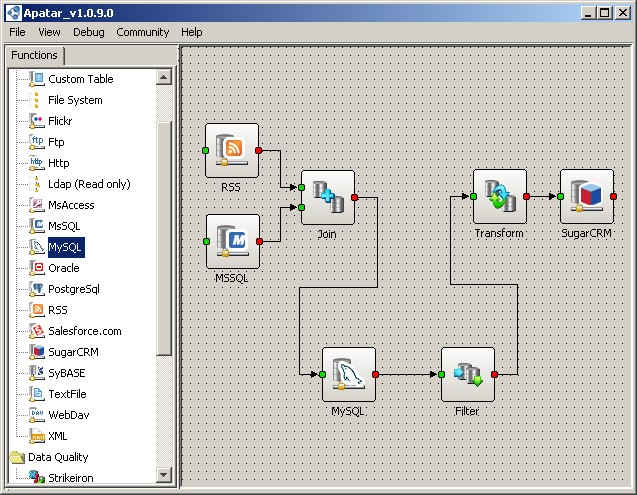 by Alex KhizhniakNovember 21, 2008
Today, the Apatar team is proud to announce that it has joined the MySQL Enterprise Connection Alliance (MECA), a partnership program led by MySQL AB.

For years, MySQL has been the most popular open-source database on the market. Its success can be explained by numerous reasons.

A comparative study by Meta Group showed that MySQL’s costs can be 90% less than license fees from other database vendors. That’s why companies such as Yahoo! and NASA use it to optimize TCO. In particular, NASA’s Acquisition Internet Service (NAIS) saves over $4 million per year by managing large acquisitions online with MySQL. In addition, according to Dwight Clark (Systems Analyst at NASA), “MySQL averaged 28% faster than the existing proprietary database.”

Similar studies demonstrated that, on average, MySQL can cut systems downtime by 60%, lower hardware expenditure by 70%, as well as reducing administration, engineering, and support costs by up to 50%. 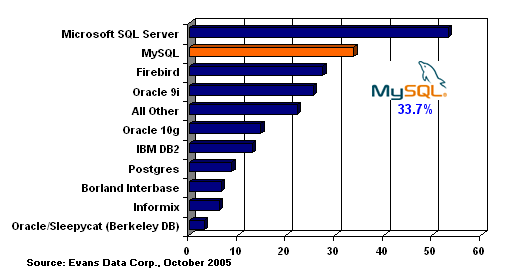 The adoption of MySQL compared to other databases (Source)

“When I joined Yahoo!, the data-management part of that system was crude and written internally, and one of the first things I did was replace that with MySQL,” Jeremy Zawodny, Yahoo! 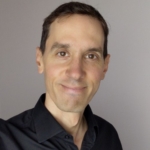 While MySQL is known as an open-source and intuitive engine for data storage, that is what Apatar is all about, too. Open-source in its core, Apatar enables its users to easily link information between databases (such as MySQL, SQL Server, Oracle), files (MS Excel, CSV/TXT files), applications (Salesforce.com, SugarCRM), and top Web 2.0 destinations (Flickr, Amazon S3, RSS).

“We are very pleased to have Apatar joined our MECA partner program,” said Nicolas Pujol, MySQL AB’s Senior Director of Worldwide Alliances and Channels. “Apatar shares our belief that database access and management solutions should be easily affordable and available to all types of business users, not just high-end programmers.”

We are delighted to give the MySQL community a way to get more business value out of integration jobs and projects. Now both developers and users have all the necessary tools to integrate MySQL-driven applications with a variety of data destinations. 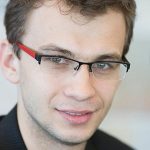 “The truth is that in today’s enterprises most data integration projects never get built,” said Renat Khasanshyn, Founder and CEO of Apatar, Inc. “Even though the companies might use MySQL or another open-source database, the Return on Investment on small projects is simply too low to justify bringing in expensive middleware. Apatar entered this market as an open-source vendor bringing the ease of drag-and-drop data integration to the companies that previously found proprietary data integration, ETL, and EAI software tools expensive and difficult to implement.”

Earlier this May, the Apatar project announced connectivity to InnoDB, an ACID-compliant transactional storage engine for MySQL. Since then, Apatar’s MySQL connector enables DBAs, developers, and nontechnical users to migrate, read, and write data from/to InnoDB tables. The same it true for other corporate systems (CRM/ERP) or data warehouses using MySQL under the hood.

“I have successfully been able to create a relatively complex datamap, which involves inserting and updating records from MySQL into Salesforce CRM, pulling back the IDs generated from SF and then updating the original source MySQL table with the IDs. With the [recent] speed updates in Apatar, the entire datamap ran in less than 15 seconds for 2,000+ records. Wow!” —Brad Howie, Integral IT Solutions 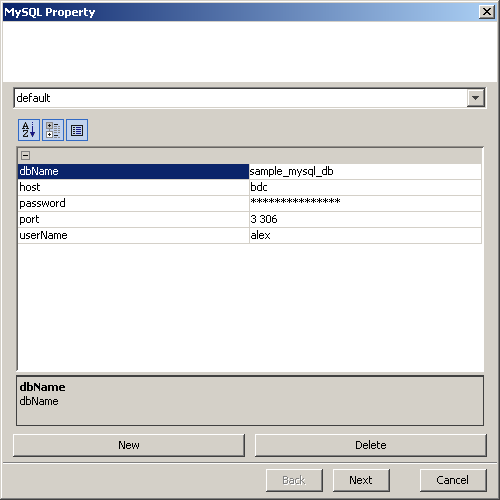 Configuring the MySQL connector within Apatar

In January, 2008, Sun Microsystems revealed that it acquired MySQL for $1 billion. According to Rich Green, Sun’s Executive VP of Software, “one of the major deciding factors in acquiring MySQL was its use of pluggable components, which allows it to be customized for network operators and developers of embedded database applications.”

For more about integrating MySQL instances with Apatar, check out the connector’s brief documentation. You can also read this tutorial to learn how to integrate SugarCRM with 3rd-party systems, using MySQL as a staging database.

Data Quality: Upstream or Downstream?
Next