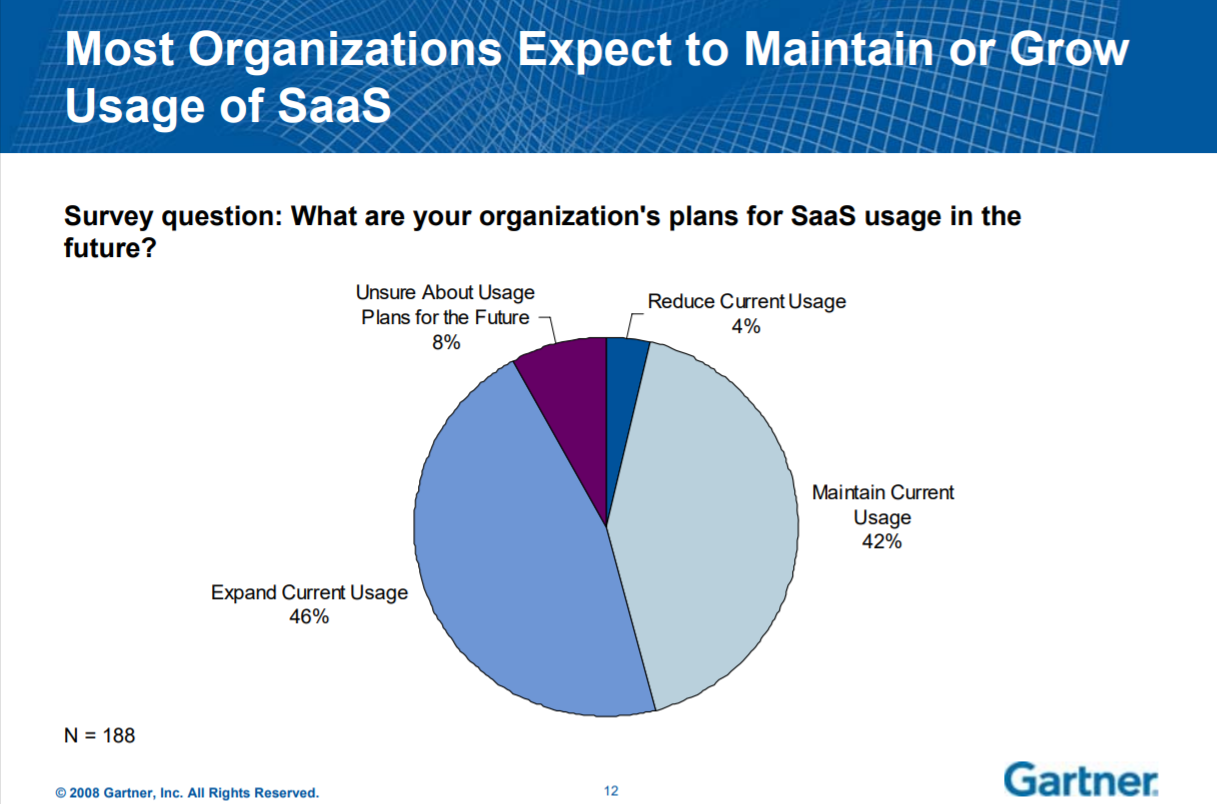 by Alena Semeshko and Alex KhizhniakDecember 1, 2008
The SaaS market grows, according to analysts at Gartner and Forrester. Whether you are deploying Salesforce.com or SugarCRM, there are things to keep in mind.

$6.4 billion spent on software as a service

I’m sure you’ve already heard how Gartner forecasts the worldwide enterprise software-as-a-service market to jump up to $6.4 billion this year, up 27% from 2007. Moreover, the company estimates the market will reach $14.8 billion in 2012. Among the reasons for such progress are:

* the tough economy (ironically, yea?),
* better broadband,
* and a need to rapidly deploy software to meet a specific business need. 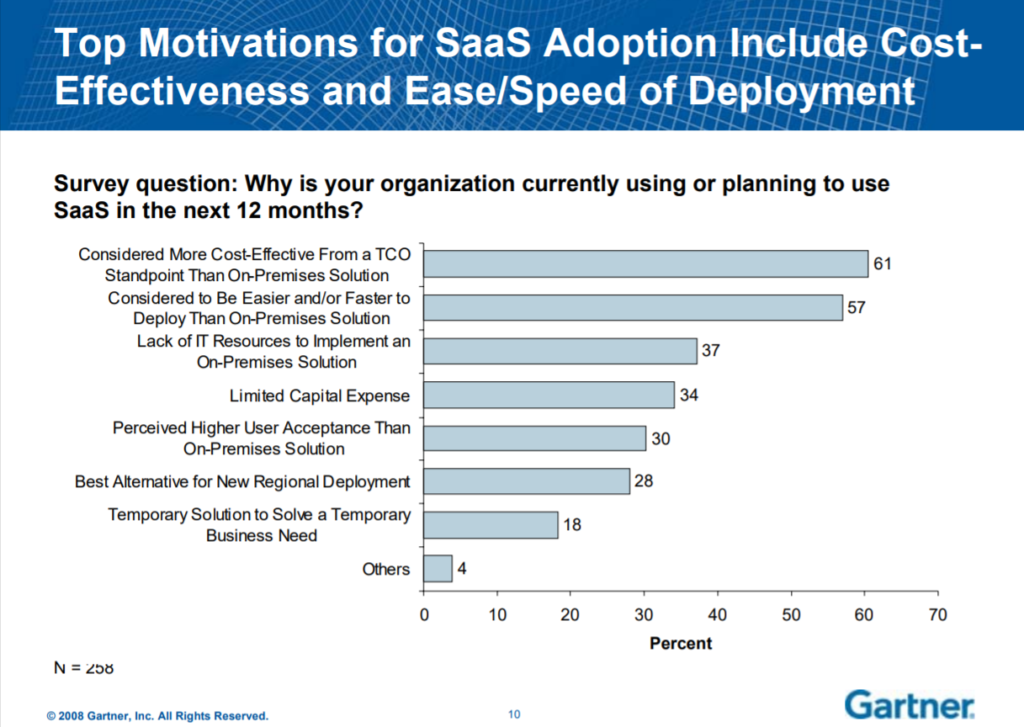 Figures and studies from Forrester confirm these trends. I recently came across an article that named five best practices for implementing SaaS CRM applications.

Considering the recent growth of interest toward SaaS applications in general, no wonder “a late 2007 survey of 1,017 software IT decision-makers at North American and European enterprises found that SaaS adoption is growing at double-digit rates.” (See May 2008 Forrester’s “Best Practices: The Smart Way To Implement CRM” report.)

As popular as SaaS is and as much as it’s being adopted, there are still pitfalls. To avoid these, Forrester analysts William Band and Peter Marston identify the following best practices for companies to keep in mind:

Contracts can be tricky and cause customers to complain, especially when it comes to the following points:

If all SaaS vendors cleaned up these five areas of their company’s life cycle, the customers would be much happier, and the corporate world in general would become even more SaaSy.

SugarCRM as a premier open-source CRM

An AMR Research report says that the leading CRM vendors are SAP, Oracle, and Salesforce.com (by 2007 revenues). This includes all the delivery options (hosted, desktop, etc.)—via a proprietary model.

“The top five CRM vendors now own 46% of the entire market share.”

However, open-source software as a service is also entering the enterprise arena. Among SaaS-based CRM systems, SugarCRM is one of the top open-source offerings, with 4 million downloads, 470 product extensions, and total funding of $46M (source). 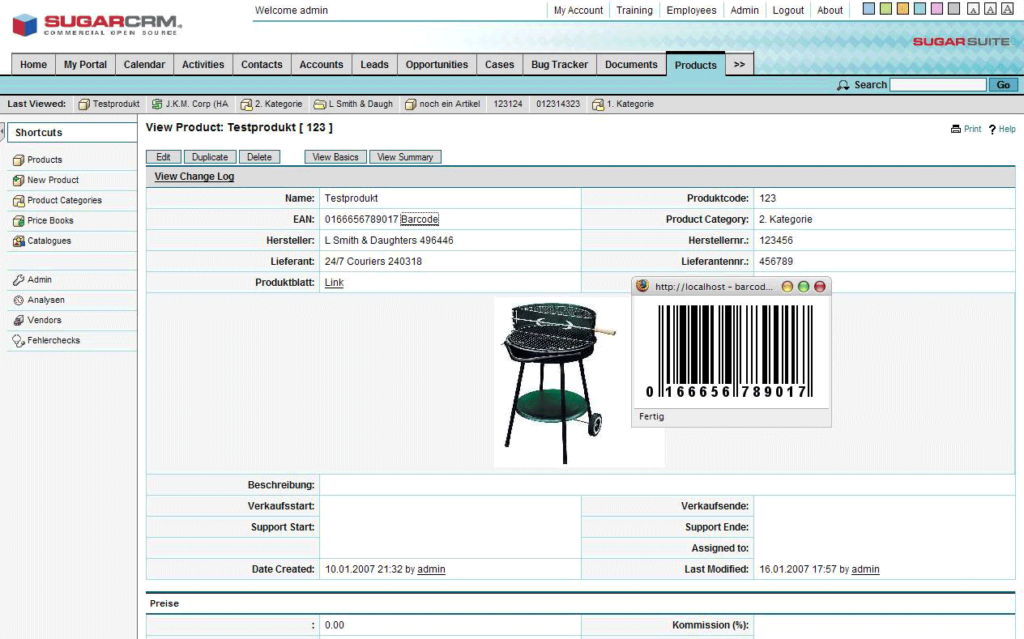 Earlier, we wrote about how to integrate SugarCRM with 3rd-party systems by using Apatar. The tool excludes manual coding when synchronizing data between CRM systems and other enterprise applications. This way, the project’s drag-and-drop interface enables data integration to be carried out by literally anyone. 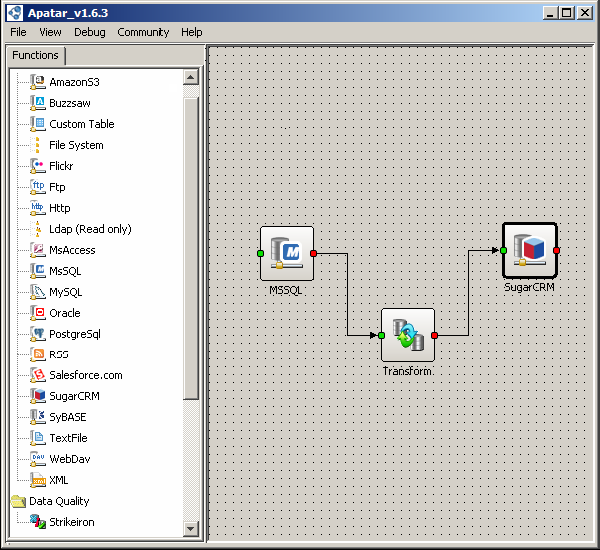 (Read how Wild-East Marketing GmbH, one of Germany’s leading service provider for online booking systems, has built an open-source CRM for tourism with SugarCRM and Apatar.)

The same integration operations can be performed over Salesforce.com—learn more in this article. The data can even be transferred between two separate SaaS-based systems, including SugarCRM and Salesforce.com.

Migrating Salesforce.com’s Accounts and Contacts to SugarCRM with Apatar

For technical details, see the tutorial explaining how to configure the connector for Salesforce.com (or this one for SugarCRM).

The post is written by Alena Semeshko and Alex Khizhniak.

The Dos and Don’ts of Data Integration