New Hyperledger Use Cases Appear as the Blockchain Community Grows

by Carlo GutierrezOctober 25, 2018
A good community makes it easy for newcomers to learn and contribute and for new businesses to start using Hyperledger.

The undeniable role of the community

The Hyperledger Project has grown since its creation in December 2015. Today, it includes 287 member organizations and 730 different experts contributing to various products under the Hyperledger umbrella. A recent Hyperledger meetup in Montreal (Canada) was centered around major news of the Hyperledger ecosystem, frameworks, and new real-life projects implemented.

Brian Behlendorf, Executive Director of the Hyperledger Project, spoke about the importance of continuing to build up the Hyperledger community and creating relationships with other open-source projects.

“When you’re building your business on top of a brand new technology, the fact that it’s free is nice, the fact that it does something novel and performance is good is nice, but it all doesn’t mean anything unless it’s part of a community.” —Brian Behlendorf, Hyperledger Project

Unlike other open-source communities, the one of Hyperledger isn’t just about having open-source code and documentation that are freely accessible. It’s about having individuals who are willing to share not just their knowledge, but also their time to help anyone looking to learn and possibly contribute. 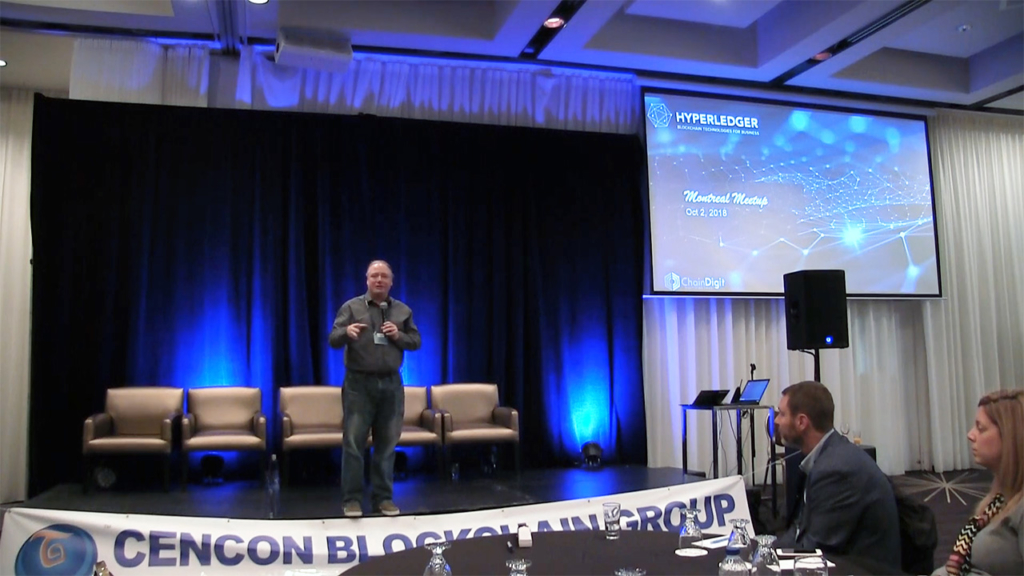 “Building local communities is what open-source software and face-to-face engagement are about. We’re tired of using software from a nameless, faceless organization that tries to pretend there’s no humanity behind it. When you’re using code, and you can have a conversation with the people who are behind it, who work on it, who know something about it, and are willing to help you climb that learning curve, then you get so much more out of it, and it becomes more useful.” —Brian Behlendorf, Hyperledger Project

Aside from building the Hyperledger community by adding more members within, Brian also highlighted the need to create relationships with other open-source communities. This was emphasized by the announcement of the joint associate memberships of Hyperledger and the Enterprise Ethereum Alliance (EEA) on October 1, 2018.

“We are joining each other’s organizations, which is the smallest first step we can take, but it’s the beginning of building a deeper relationship with an organization that is trying to develop standards in the enterprise technology space around Ethereum. You might see other Ethereum-related technologies come into Hyperledger in the future because of that.” —Brian Behlendorf, Hyperledger Project

Other leaders of the Hyperledger Project also took turns to introduce attendees to an ecosystem of diverse Hyperledger frameworks and tools, as well as reported the current progress of these incubations. 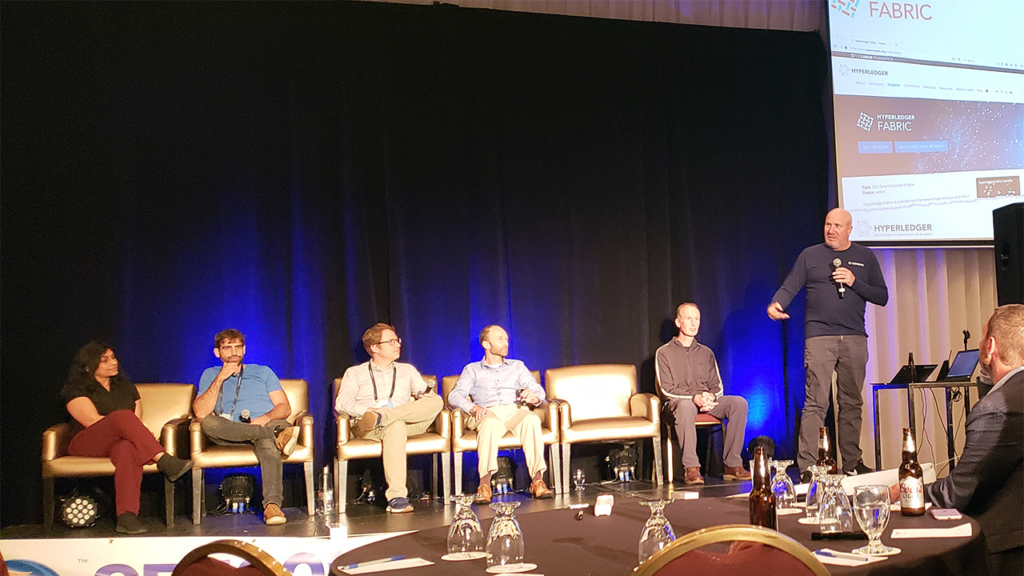 During his lightning talk, Dan Middleton of Intel recommended anyone looking to contribute to the Hyperledger community to check out the various incubations, join the mailing list, or participate in the community chat channels.

“There’s a bit of intimidation when contributing not because people aren’t friendly, but because the learning curve is so steep. I don’t want anybody to feel that way. We have chat servers and mailing lists, so there’s usually somebody available that can help you get through all the jargon and gets you to see that what we have here is straightforward software that you can participate in, as well.” —Dan Middleton, Intel

Check out our technical overviews to learn more about Hyperledger frameworks:

Everledger, having worked with blockchain as early as 2014, is one of the pioneers in using the technology to provide the provenance of luxury goods. In 2016, Walmart began its blockchain journey by tracking pork and mangoes. Today, Walmart is part of IBM’s Food Trust network that aims to foster a safer and more transparent global food supply chain.

With Hyperledger reaching maturity, more and more production-grade blockchain networks are spinning up. During the meetup, new users of Hyperledger shared the existing problems in their industries, and how they used blockchain to resolve them.

Brian Behlendorf noted that implementation of blockchain networks have gone beyond supply chain and onto other industries, such as trade and finance. One such example is we.trade that provides banks and businesses with a more efficient and cost-effective solution to trade internationally. 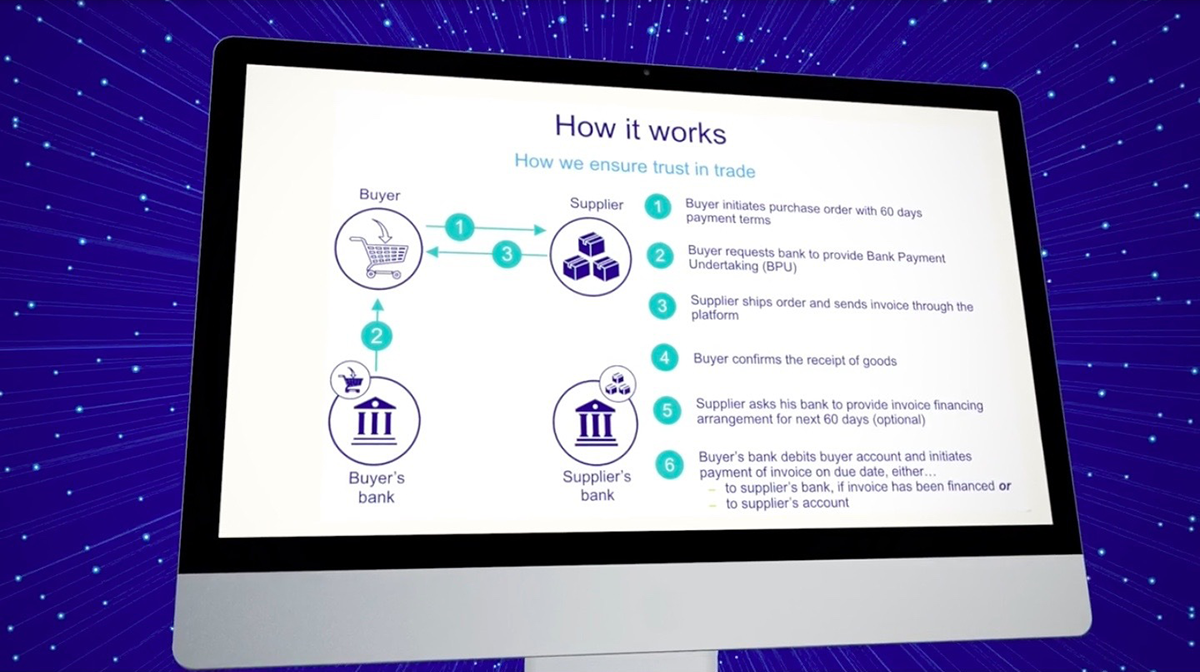 Based on the IBM Blockchain platform and powered by Hyperledger Fabric, we.trade makes use of smart contracts to guarantee and automate payments when contractual agreements have been met.

Ari Brojde of Estateably spoke of the estate settlement process in Canada, and how it could take anywhere between 24 to 36 months before assets are distributed to heirs.

“We’re taking a look at the tax clearance certificates first, which is one of the substeps in the process, but we’re going to move to other inefficient steps in the process and use Hyperledger Fabric in order to create near-instant estate settlement that is, at the same time, compliant with local rules and regulations. This stands to benefit several partners. This helps governments for being able to collect your tax revenues sooner, it helps liquidators to ensure that they’re being compliant with regulations, and most importantly, it’ll help beneficiaries of estates, such as your family, to get their assets faster.” —Ari Brojde, Estateably

Next, Manu Varghese of Greenstream highlighted the seed-to-sale problem in Canada. The existing system in the country suffers from a lack of a unified data model, which makes it difficult to track interprovincial and international trade. Through Hyperledger, Greenstream hopes to deliver such a seed-to-sale solution that will improve provenance, while automating payments and settlements in the industry. 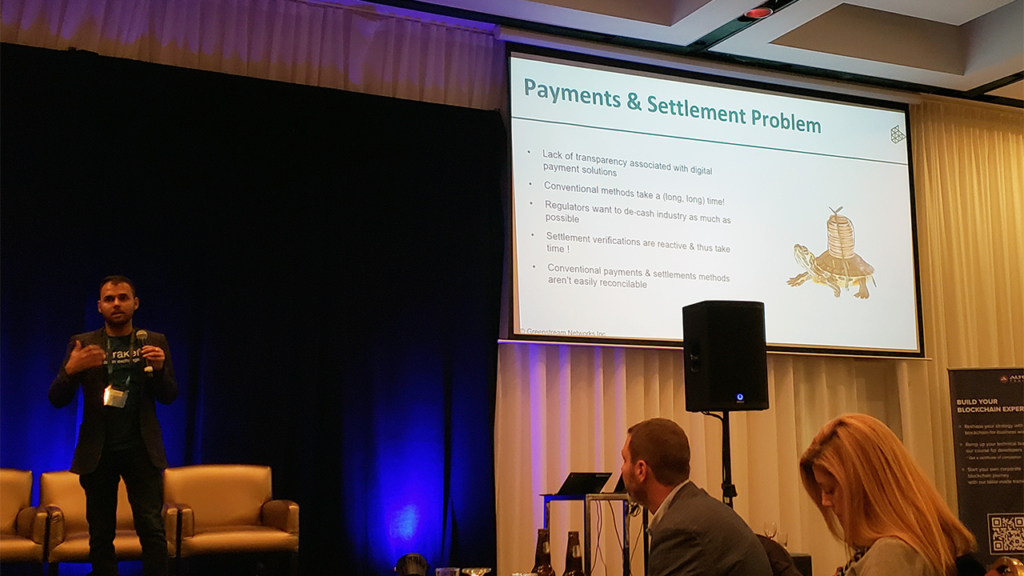 “We’re creating an over-arcing layer, which connects various seed-to-sale management solutions that exist in the Canadian market, so that we can provide an end-to-end tracking, thereby providing customers and consumers and regulators a much more thorough access in how the proponents of a particular product is moved across the value chain.”
—Manu Varghese, Greenstream

With Hyperledger reaching maturity, so too should its users. Recently, the Hyperledger Project announced paid certifications for Fabric and Sawtooth. The exams are expected to take place before the end of the year. Attend our Hyperledger classes to get hands-on experience with these and other blockchain frameworks.

Brian Behlendorf was a primary developer of the Apache HTTP Server, the most popular web server software on the Internet, and a founding member of the Apache Software Foundation. He has also served on the board of the Mozilla Foundation since 2003 and the Electronic Frontier Foundation since 2013. Brian was the founding CTO of CollabNet and CTO of the World Economic Forum. Most recently, he was a managing director at Mithril Capital Management LLC, a global technology investment firm.

Dan Middleton is Head of Technology for Intel’s Blockchain and Distributed Ledger program. He joined Intel in 2000 to work on the emerging web and distributed systems technologies. His early accomplishments include optimizations of matching engines for major stock exchanges and multi-tier system designs at a variety of financial institutions. Working with industry consortia in 2007, Dan led Intel’s contributions on a privacy preserving network leveraging proof of work and anonymous credentials.

Manu Varghese is CPO at Greenstream. He is a veteran within the software industry, having served in a multitude of successful technology roles across Fortune 500 corporations, primarily in the financial services industry including Morgan Stanley, HSBC, Royal Bank of Scotland PLC, and Infosys Limited. Manu has firsthand experience in all the aspects of information technology and business, from product inception, development, and delivery using Agile, Waterfall, and DevOps methodologies.

Ari Brojde is CEO at Estateably. Over the course of his professional career, he has helped families to grow, manage, and protect their wealth. Dubbed “the good professor” by colleagues and clients alike, Ari has always challenged himself to translate complex theorems learned in investment, retirement, as well as trust and estate planning textbooks into practical strategies that his clients could understand and benefit from.

Making Blockchain Comply with GDPR: The Challenges and Fixes
CATEGORIES