Hyperledger Fabric v1.2: What’s New and the Roadmap for 2018

by Carlo GutierrezAugust 1, 2018
Hyperledger Fabric is putting more focus on privacy and confidentiality. IBM's Arnaud Le Hors discusses the new update, as well as plans for the rest of the year. 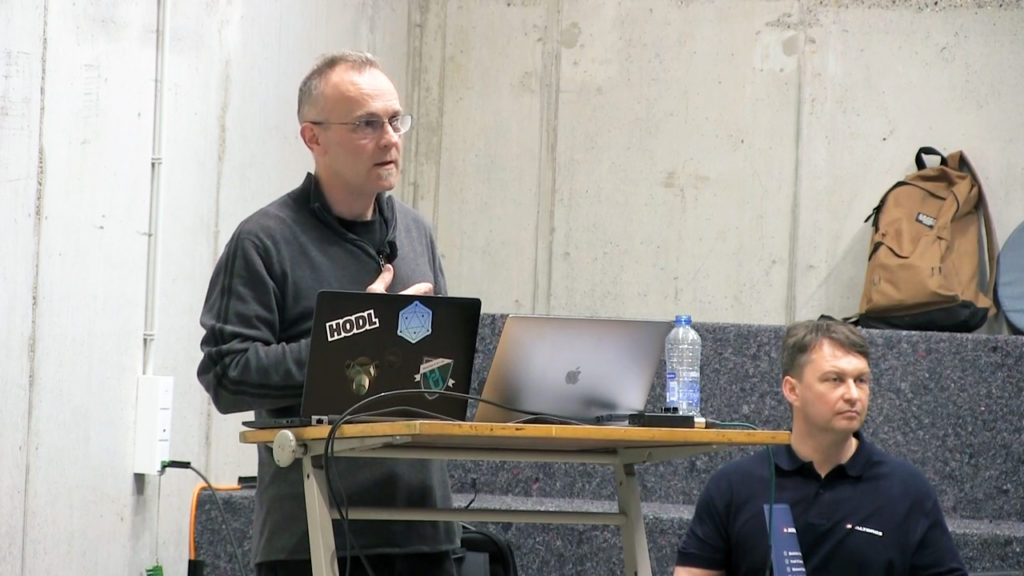 Since then, Hyperledger Fabric has been through two major version updates. At a recent Hyperledger meetup, IBM’s Senior Technical Staff Member Arnaud Le Hors, summarized what was included in the v1.1 update last March, as well as what’s to be expected with the v1.2 release.

On March 15, 2018, v1.1 of Hyperledger Fabric was released, including improvements to performance, scaling, and user experience. “In v1.0, we introduced the notion of channels, so you can create subgroups of the network who have access,” said Arnaud at the meetup. “In v1.1, we’ve kept increasing the level of control over access to information.” Other business values which were enhanced include: 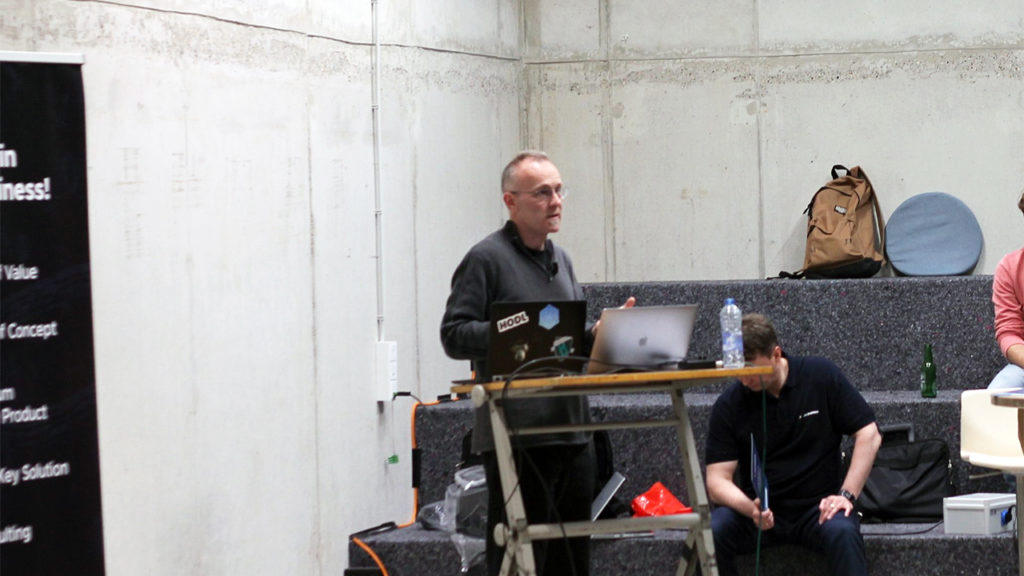 “In v1.1, the system is much more resilient. You can upgrade the system dynamically and update different peers at different times and it won’t crash.” —Arnaud Le Hors, IBM

Christopher Ferris, CTO of Open Technology at IBM and Chair of the Hyperledger Technical Steering Committee, was also present at the meetup and answered questions in the Q&A. In the release announcement of Fabric v1.1, Christopher noted the following new key features: 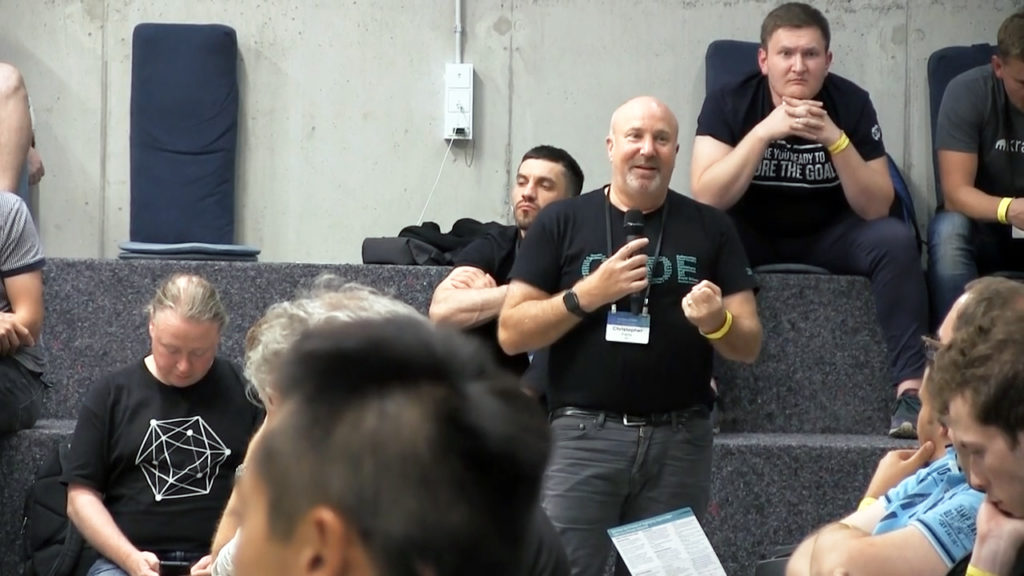 Christopher Ferris at the meetup in Amsterdam on June 28, 2018

On July 3, 2018, v1.2 of Hyperledger Fabric was released. According to Arnaud, this update saw further improvements to confidentiality. “The most important (part of the update) is the Side DB or private transaction,” he said. “One of the features of Fabric is the notion of channels, but the overall service actually sees everything, so it has access to the payload of a transaction even though in its function, it doesn’t care or doesn’t look at it. From a privacy point of view, there’s still access to it and so Side DB actually gives you more control in allowing transactions to be made private.”

In addition to confidentiality, there were also improvements to the development and data querying aspects of Fabric. 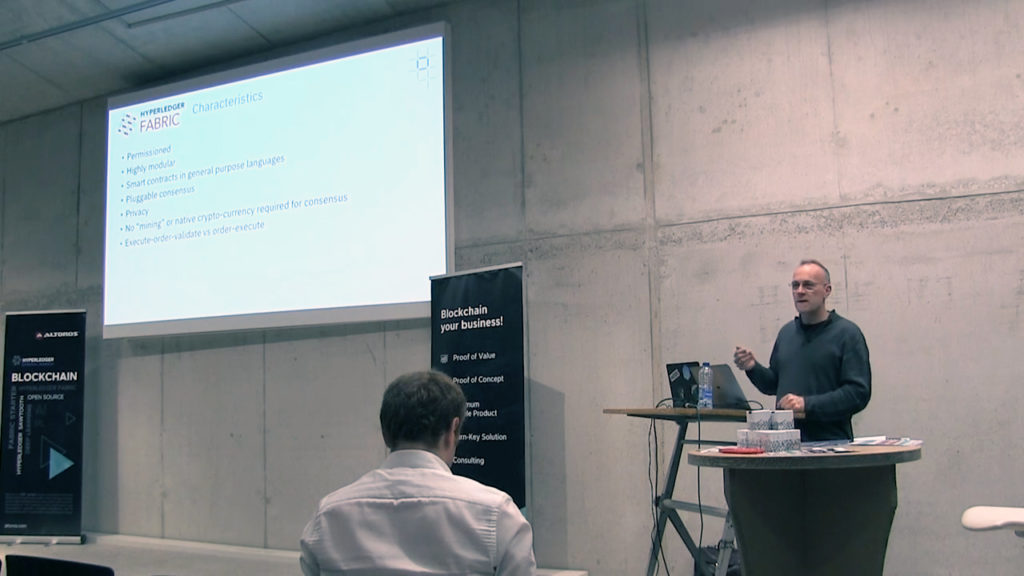 “We have a project to integrate the Ethereum Virtual Machine from Burrow with Fabric. As an alternative to writing your chaincode in Go, Java, or JavaScript, you can actually bring your smart contracts in Solidity and run it on Fabric.” —Arnaud Le Hors, IBM

What’s planned for the rest of the year?

Moving forward, Hyperledger Fabric will continue to focus on privacy and confidentiality. With v1.2 only being recently released and still being worked on, the planned update for v1.3 will include: 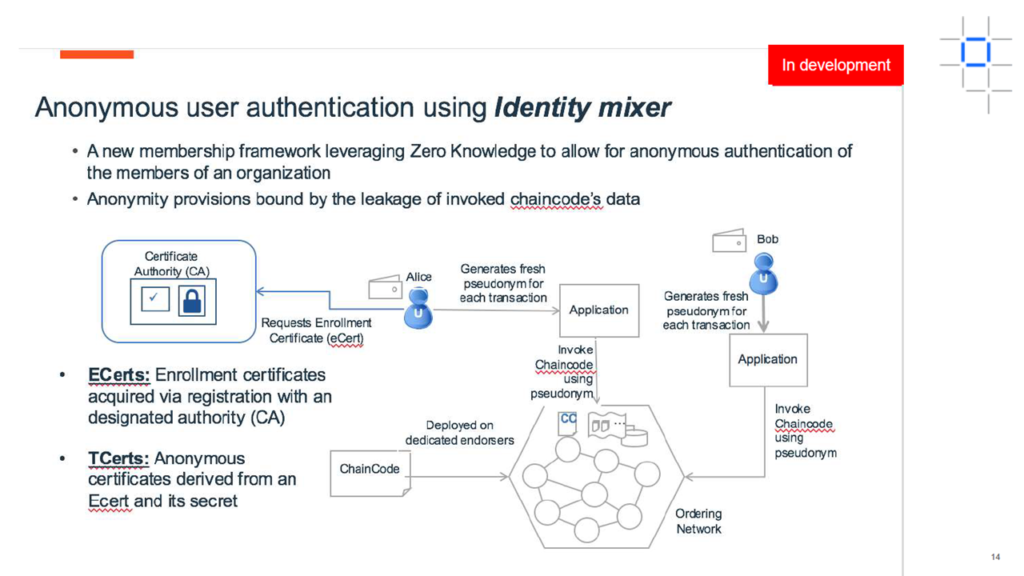 Meanwhile, v1.4 which is still further down the development cycle will include:

“Looking forward, the most important parts are the privacy and confidentiality aspects. We have now have channels and private transactions. We’re going to keep moving in that direction.” —Arnaud Le Hors, IBM 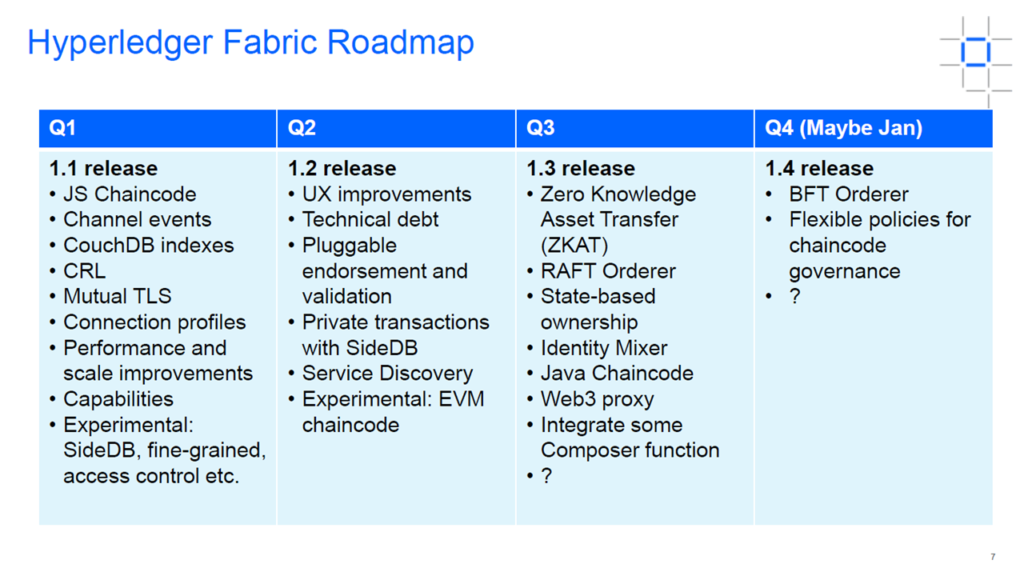 Naturally, these goals will be expanded as the development of Fabric progresses. According to Arnaud, the Hyperledger community has agreed to keep a quarterly schedule for the release cycle of Fabric. As such, v1.3 and v1.4 are expected to be released in the third and fourth quarters of 2018, respectively. Incremental updates will be rolled in every month to address bugs.

At the meetup, Yurry Hendriks of ABN AMRO also talked about building a hyperconnected world of ecosystems using the offerings of the Hyperledger Project. He mentioned the need to standardize protocols and revealed the challenges a real-estate company faces when adopting blockchain.

Arnaud Le Hors is Senior Technical Staff Member, Open Web Technologies at IBM. Arnaud has been working on open technologies for 20+ years, involving standards and open-source development, both as a staff member of standards development organizations (SDO)—such as W3C—and as a representative for IBM. He is involved in every aspect of the standards development process: the technical, strategic, political, and legal ones. Arnaud has also been involved in such open-source projects as Xerces, the Apache XML parser. Now he is focusing on the Hyperledger Project.

Christopher Ferris is the CTO of Open Technology at IBM. He is responsible for IBM’s overall open-source and open standards strategy and execution. Christopher also serves as Chair of the Hyperledger Technical Steering Commitee. Additionally, he is an IBM Distinguished Engineer and has been been involved in the architecture, design, and engineering of distributed systems for most of his 35+ year career.

Brian Behlendorf of Hyperledger: Do POCs, Billions Are Already on Blockchain
Next