by Carlo GutierrezMay 4, 2022
With a lightweight client, KubeEdge extends Kubernetes-native orchestration capabilities to hosts at the edge.

In 2021, Kubernetes adoption increased by 67%. According to a Cloud Native Computing Foundation (CNCF) report, edge computing was one of the main drivers behind Kubernetes usage. While adoption among back-end developers grew by 4%, it rose by 11% among edge developers.

The CNCF forecasts an annual rise of 19% in the Internet of Things (IoT) sector, and more edge computing workloads will be put on Kubernetes, further accelerating this growth. Additionally, more and more engineers are starting to favor serverless technologies due to its lightweight nature (48% at the edge vs. 33% at the back end).

Edge computing was developed in response to the rapid growth of the IoT, where organizations have hundreds or even thousands of devices each continuously transmitting data to and from the cloud. Having so many devices transmitting data simultaneously not only results in higher latency due to network congestion, but also an increase in bandwidth and operational costs. 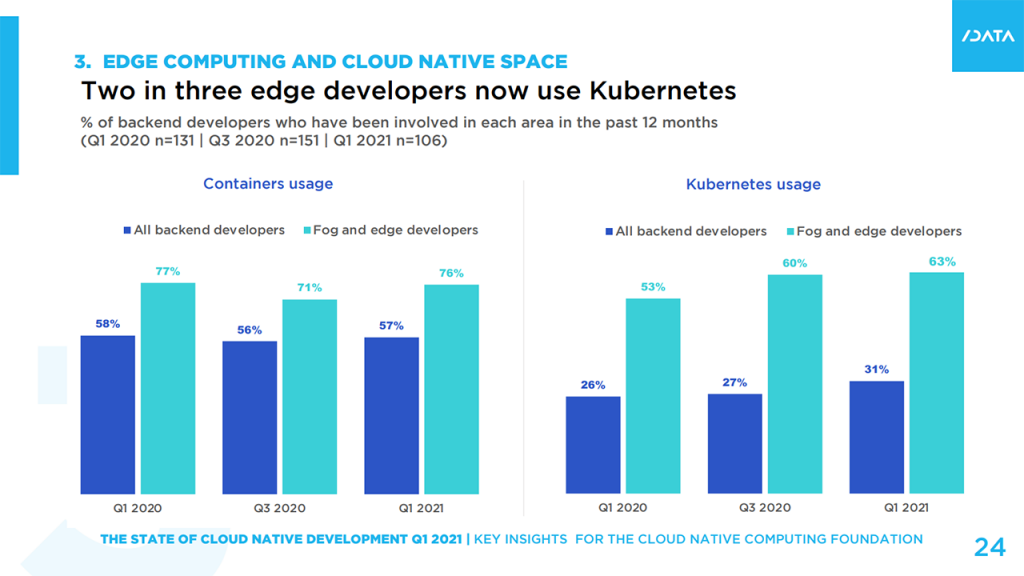 Compared to typical data centers, resources are much more limited at the edge. Therefore, many organizations running apps at the edge rely on containers, which are lightweight and have a small footprint. Managed with Kubernetes, this model helps to maximize resources and overcome the limitations. In a recent blog post, we covered how Osaka University reduced edge computing costs by 13% using Kubernetes and artificial intelligence (AI). 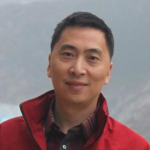 “Due to an unstable network, the edge can be disconnected from the cloud. So, the edge needs to run autonomously. Also, the control plane should not evict or migrate applications when a disconnect occurs.” —Yin Ding

The challenges mentioned are just a few that KubeEdge, a CNCF incubator project, is aiming to resolve. For instance, this tool monitors edge devices at the world’s longest sea bridge between Hong Kong, Zhuhai, and Macao.

Started by Huawei in 2018 and later donated to the Cloud Native Computing Foundation in 2019, KubeEdge is a system for extending native containerized application orchestration capabilities to hosts at the edge. Built on Kubernetes, the project provides core infrastructure support for networking, application deployment, and metadata synchronization between cloud and edge.

“KubeEdge supports the Kubernetes-native API. Developers can use the same API to deploy to the cloud and to the edge.” —Yin Ding, Google 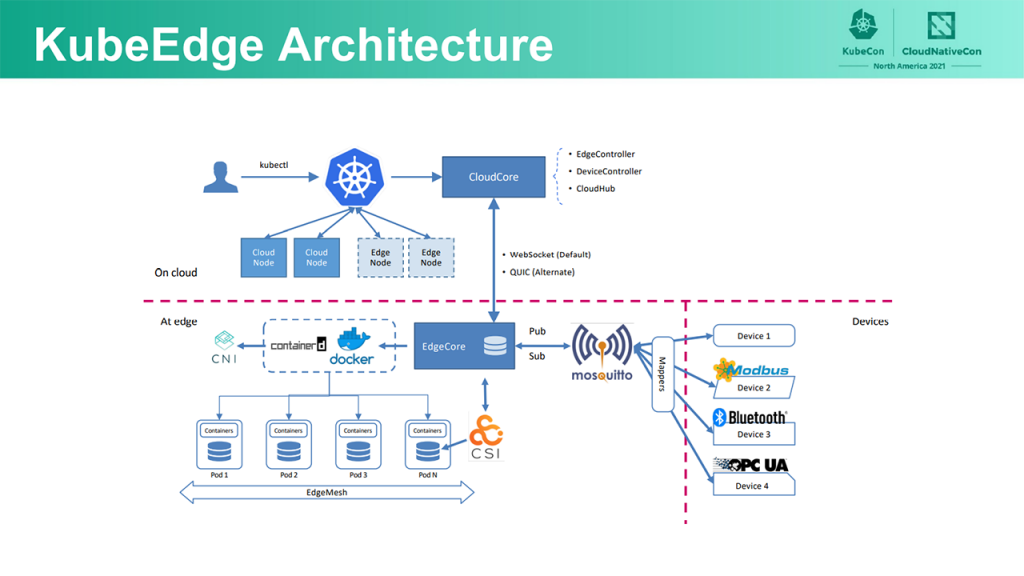 The architecture of KubeEdge spanning the cloud, edge, and devices (Image credit)

KubeEdge consists of two parts—CloudCore and EdgeCore. Both of these parts are further made up of additional components. CloudCore comprises:

In its turn, EdgeCore is divided into: 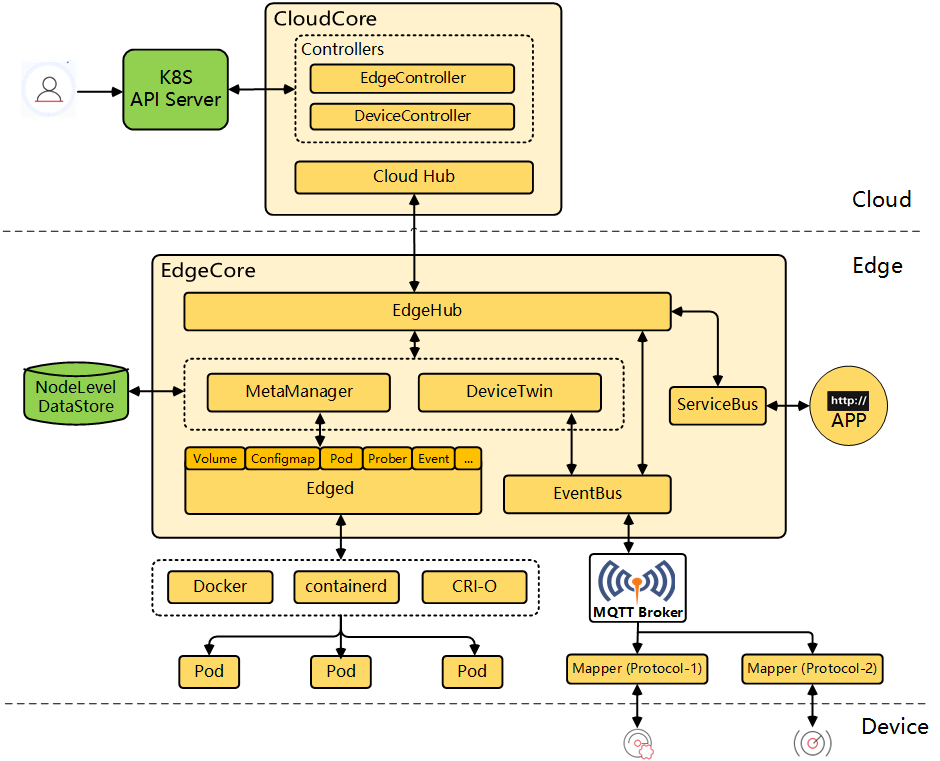 At KubeCon North America 2021, Kevin Wang from Huawei explained how deploying an app in KubeEdge is different from a standard Kubernetes deployment. According to Kevin, in a “vanilla” Kubernetes deployment, after the scheduler finds a feasible node for a pod, the Kubelet on the corresponding node will spin up the containers of the pod. 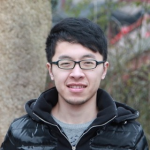 On the other hand, in KubeEdge, CloudCore receives all the notifications from the API server and forwards the pod information to the corresponding nodes located on the edge. Next, MetaManager in EdgeCore sends the pod data to SQLite and then forwards the information to Edged, a lightweight Kubelet.

“From a pod life cycle perspective, KubeEdge is similar to the original Kubernetes behavior. Each component runs as normal, and they do not need to worry about the other steps added by KubeEdge.” —Kevin Wang, Huawei

Monitoring the longest sea bridge in the world

The Hong Kong–Zhuhai–Macao bridge is an open-sea fixed link that spans the Lingding and Jiuzhou channels. It is considered to be the longest sea crossing in the world, stretching for 55 km.

During KubeCon Europe 2021, Huan Wei from Harmony Cloud explained that monitoring the bridge was challenging due to its length and the massive amount of IoT devices required. In order to create a monitoring system for the bridge, a combination of technologies, including 5G communication, BeiDou positioning solutions, and KubeEdge, were deployed. 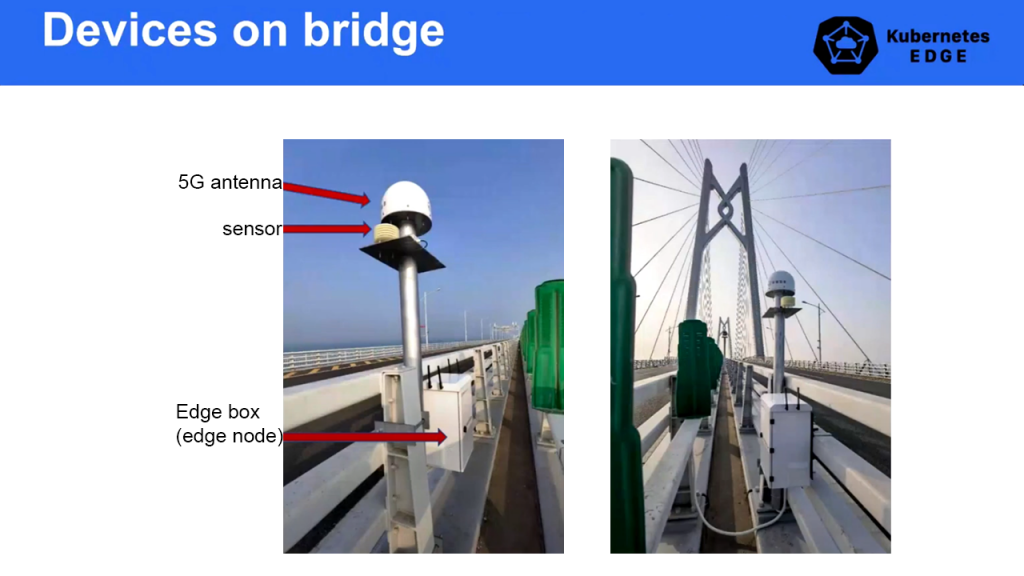 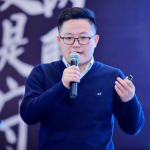 “All the data collected from the sensors is processed locally at the edge. Any abnormal information can be found through real-time artificial intelligence interference running at the edge. All the edge applications are managed and distributed at the cloud, supporting dynamic operation and maintenance at the edge.” 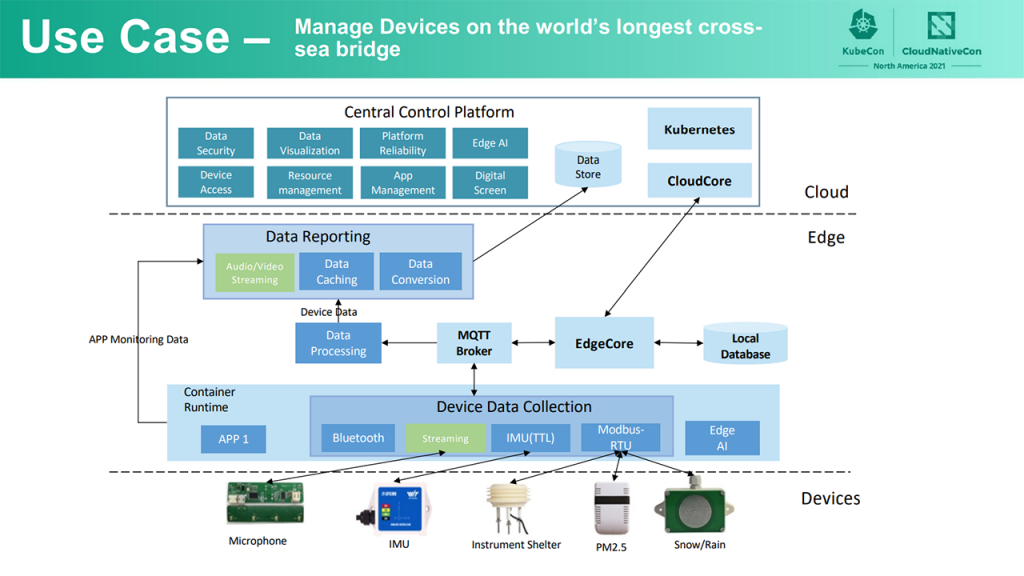 According to Huan, these are the shared lessons learned after deploying KubeEdge to monitor the bridge:

KubeEdge v1.9.2 was recently released on March 22, 2022. Moving forward, some of the long-term plans include simplifying cross-subnet communication and improving both storage and security at the edge. Anyone interested in KubeEdge can track its development in the project’s GitHub repo.

Yin Ding and Kevin Wang provide an overview of KubeEdge.

Huan Wei explains how the world’s longest cross-sea bridge is monitored with the help of KubeEdge.

Kevin Wang is Lead of Cloud Native Open Source Team at Huawei. He has also been a contributor to the CNCF community since its beginning. Kevin is a cofounder of multiple projects, including KubeEdge, Karmada, and Volcano. He has contributed to Kubernetes upstream for years and spends 100% of his work and focus on wider open-source cloud-native community development.

Yin Ding is Engineering Manager at Google, where he leads the Kubernetes Hardening team. He has more than 15 years of experiences in the large-scale and distributed computing area. Yin has led numerous cloud-native efforts and projects in house, being an active member of various open-source communities. Previously, he worked at Pure Storage, VMware, Expedia, Microsoft, etc. Yin is an early founder of the KubeEdge project.

Huan Wei is Chief Architect at Harmony Cloud, where he designs and implements private cloud construction. He has 10+ years of experience in software design and development. Huan has expertise in cloud computing, microservices, AI, and data warehousing. At present, he is committed to the design and implementation of edge computing for many large enterprise customers from the telecommunication, finance, transportation, electric power, and other industries.

This blog post was written by Carlo Gutierrez; edited by Sophia Turol and Alex Khizhniak.

Cloud Foundry Advisory Board Call, Apr 2022: The Korifi Project
Next