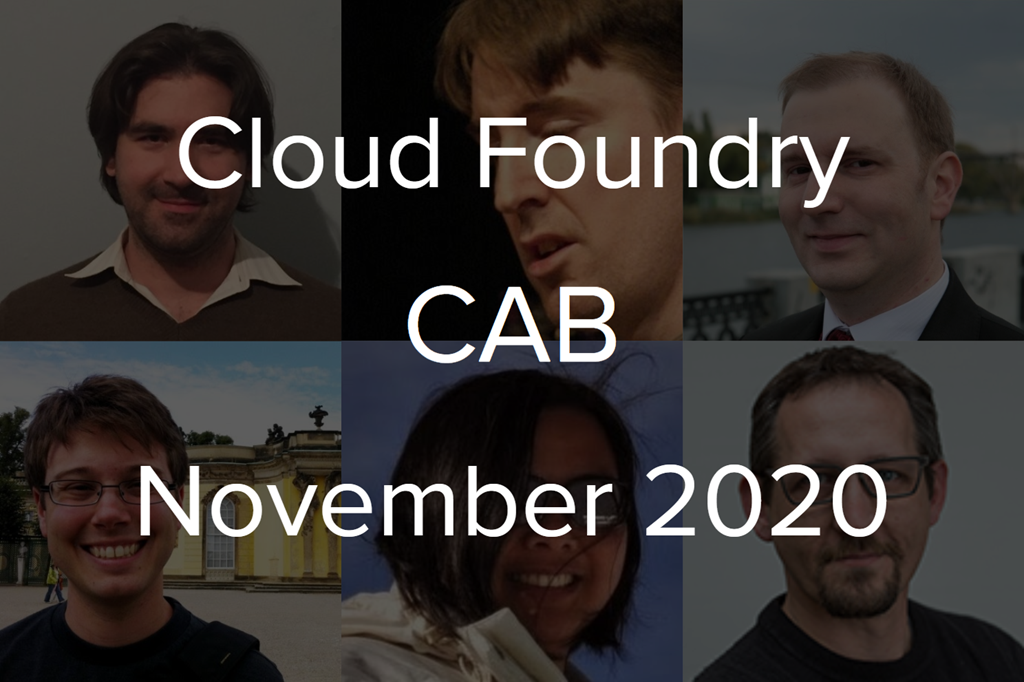 by Carlo GutierrezNovember 19, 2020
The new certification is adopted from the existing Cloud Foundry Acceptance Tests with the motivation to enable innovation around the platform distributions.

This month’s Cloud Foundry Community Advisory Board (CAB) meeting discussed a proposal for a new CF certification program. As usual, the teams also delivered development updates around the ecosystem projects.

The moderator of the call, Troy Topnik from SUSE proposed conformance-based certification that is adopted from the existing Cloud Foundry Acceptance Tests (CATS). The motivation behind the proposal is to enable Cloud Foundry distributions to innovate while still being certifiable.

“As we move away from the traditional virtual machine-based cf-deployment release, and we now have two different Kubernetes implementations, the ship-this-code model of the certification process for Cloud Foundry certified distributions is going to be more difficult. We would have to keep adding optional pieces of code in order to guarantee roughly the same user experience. It would be much better to define that user experience by way of something that tests the API like Cloud Foundry Acceptance Tests.” —Troy Topnik, SUSE

According to Troy, now that there are two parallel projects for Cloud Foundry for Kubernetes, it’s time to look at creating API-driven conformance tests similar to the Kubernetes Software Conformance Certification. This way, certain components of Cloud Foundry could be implemented and still provide the same interface to end users.

The proposal is still in progress, and feedback is welcome.

Troy announced the release of Stratos v4.3. Along with bug fixes, the new version includes the following improvements:

Chip Childers from the Cloud Foundry Foundation noted an ongoing redesign of the governance guidelines for the technical community. This was inspired by the recent changes in the ecosystem structure around Cloud Foundry. These changes also provided an opportunity to rethink how the technical community operates and revise the documentation to further improve the governance environment for the projects.

The first public meeting regarding the redesign is scheduled on December 4, 2020, at 11 a.m. EST. Anyone interested is welcome to join and provide feedback. Additional details are available in the dedicated GitHub repo.

Chris Clark from the Cloud Foundry Foundation mentioned the upcoming hands-on lab around cf-protect. (Demoed to the community during the CAB meeting in October, this project represents a plugin for CF CLI that integrates data service backups with the SHIELD Cloud.) The lab will be scheduled some time in December with the exact date still under discussion.

The next CAB call will resume its regular schedule on December 16, 2020, at 8 a.m. PDT. Anyone interested can join Cloud Foundry’s CAB or cf-operators Slack channels.