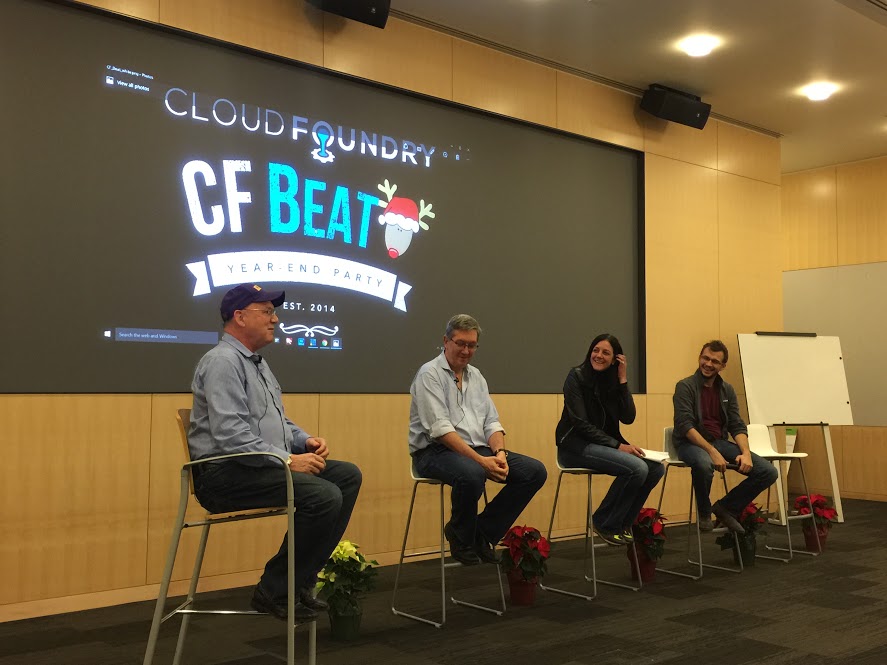 by Roger StrukhoffDecember 22, 2015
The event featured year-end reviews, customer reviews, calls to action, and a wide range of opinion about how the community can continue to drive Cloud Foundry forward.

Cloud Foundry and Internet of Things

“Do you care about the platform at the other end of what you’re doing with the IoT at the edges of the cloud?”

Thus responded , leader of the Physical Web project, in response to my question during a lively lightning panel session at the CF Beat end-of-year mini-conference and party, held at HPE’s headquarters in Palo Alto.

The event, which drew more than 100 developers and architects who work with Cloud Foundry, also featured several round tables, a presentation by of the CF Foundation, and several other insightful talks. 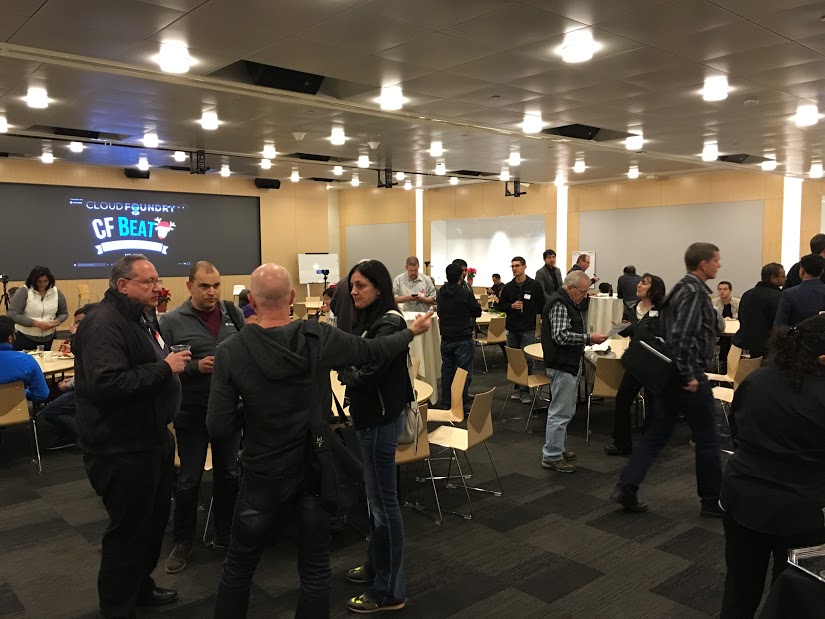 Scott Jenson outlined the current activities of the Physical Web during a panel entitled, “Is Cloud Foundry the Ultimate IoT Machine?” His opinion is that much talk of the IoT is too vague, and he compared the IoT to electricity in this context.

He outlined the current state of his project, which is part of the Google Chrome, as sort of like QR codes with physical addresses. The range of services it could entail run the gamut from cat collars that let you find the owners to buses that tell you the next stop to stores of any size that offer you an online experience the instant you walk into them.

Panelist of Momenta Partners agreed that specificity is critical in IoT conversations, and gave an insightful overview of the several security issues that will characterize IoT deployments end-to-end.

Altoros’s CEO was also on this panel, and stressed the need for valid use cases across a range of industries to substantiate the validity of Cloud Foundry within the growing phenomenon of the IoT worldwide.

Scott Monson’s year-end review was another highlight of the evening. He reviewed a number of highlights that were also covered in a recent CF Live story, including the growth of CFF membership by 83%, the presence of meetups in more than 100 countries worldwide, and more than 34,000 participants in those meetups. 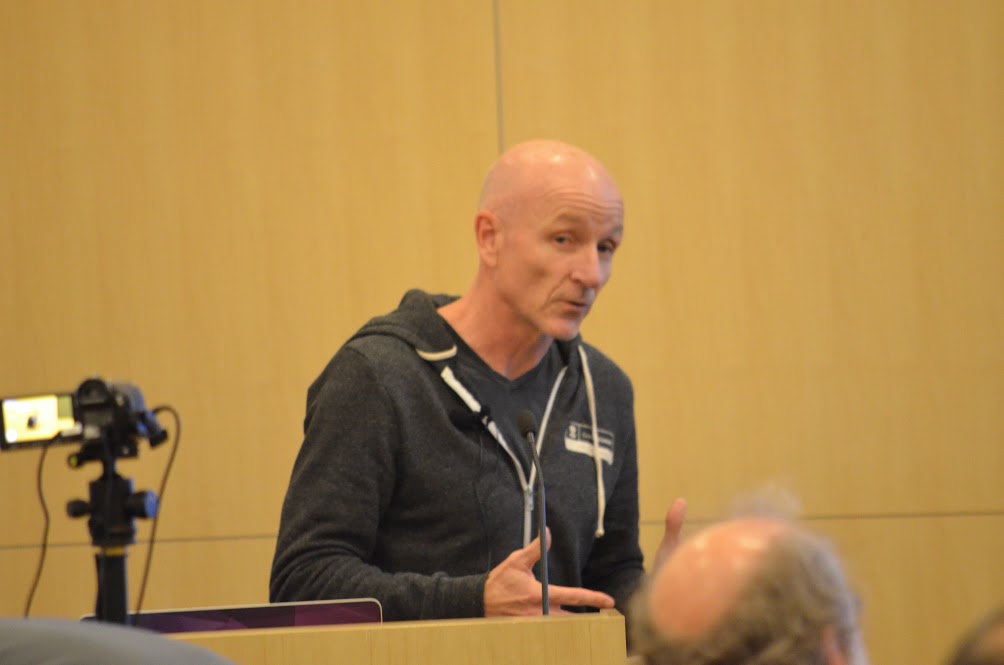 Scott said that 2016 would be “an epic year” and noted that Cloud Foundry “is the industry standard for cloud applications today (and) we offer no vendor lock-in.” He also said the CFF is building support for specific vertical clusters for the Industrial IoT, Financial Services, and Service Providers. 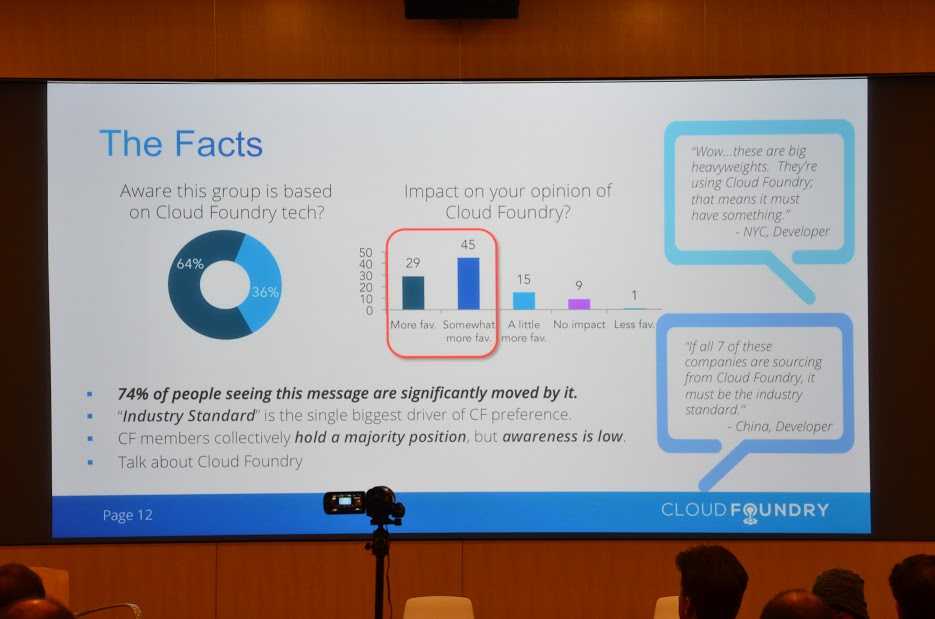 Renat Khasanshyn also provided a year-end review, detailing the growth of buildpacks and number of contributors to other information about Cloud Foundry’s growth over the past year. He cheekily echoed the famous JFK quote in challenging the audience to “ask not what Cloud Foundry can do for you, but ask what you can do for Cloud Foundry.” 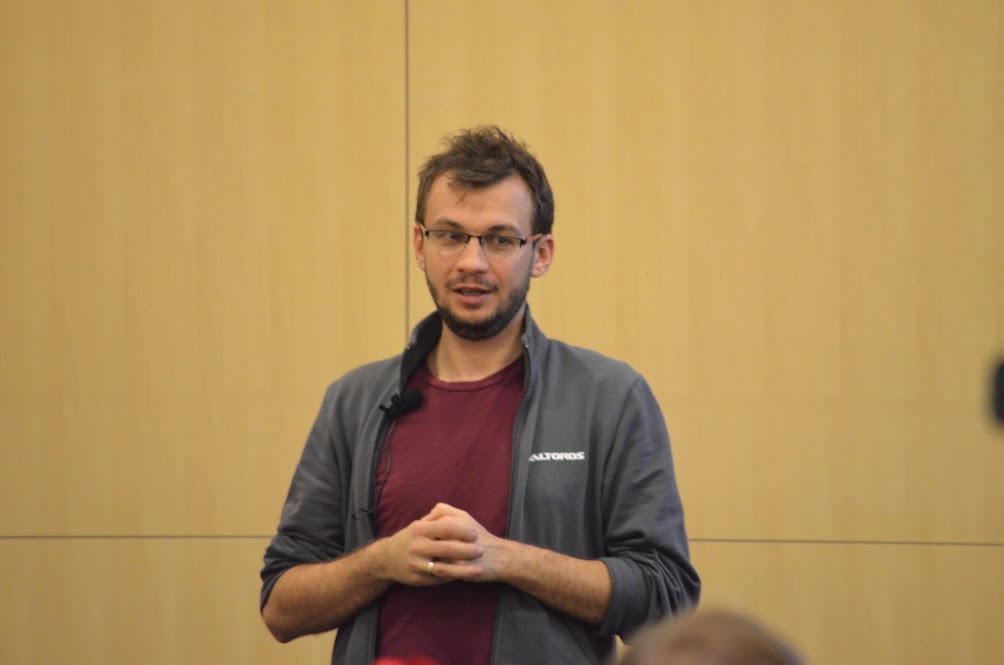 Renat also offered his opinion that Abacus is his favorite current project in the Cloud Foundry incubator, and said he’d like to see an increased diversity of projects in incubation in 2016, polygot workload support in UDP, and for it to become increasingly easier for developers to get started with Cloud Foundry. 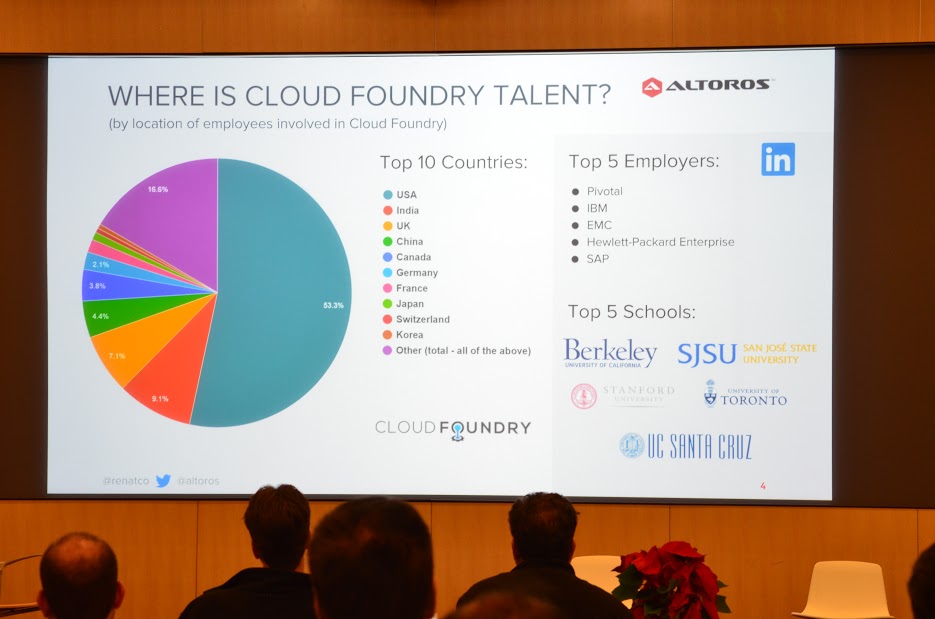 from BNY Mellon offered a generous inside look of Cloud Foundry from the customer’s point of view. BNY Mellon is a CFF member as well as a well-established Cloud Foundry customer. Peter, in a brief “fireside chat” with Renat, stressed the importance of getting organizational buy-in from other groups within the enterprise, and said it’s also critical to know precisely how the platform fits into the overall enterprise infrastructure.

Cloud Foundry “is a way for startups to integrate their products and reach customers,” he said, noting that BNY Mellon’s goal is to develop external API capabilities. Web apps, microservices, and data-scientist workloads are all part of this picture, with traceability of all changes to the system.

, who recently joined BNY Mellon from the ActiveState (then HPE) Stackato team, echoed a number of Peter’s comments and also critically noted that the firm’s “commitment to platform and microservices is coming from the top.” 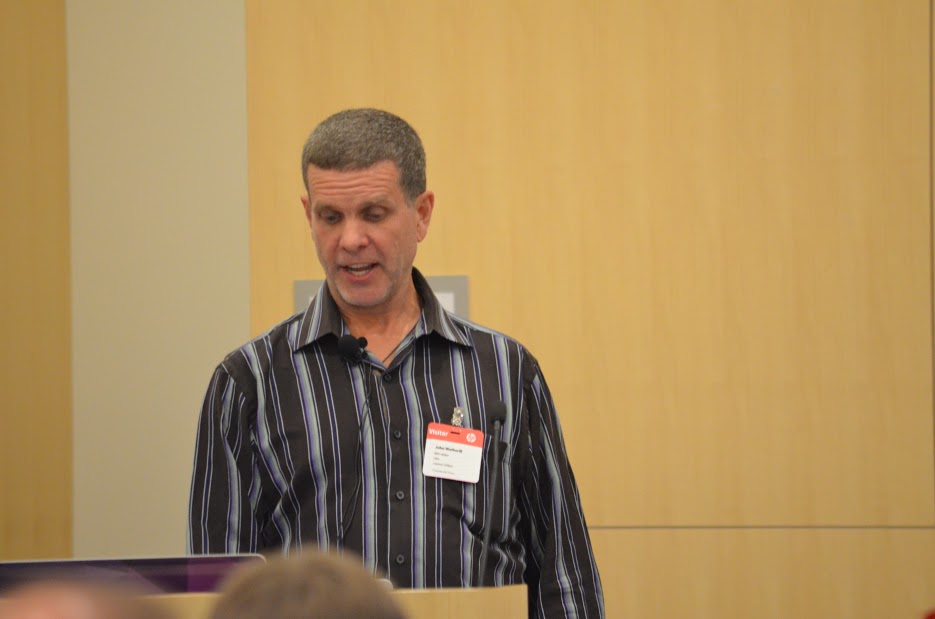 Some of the results achieved by BNY Mellon with Cloud Foundry: 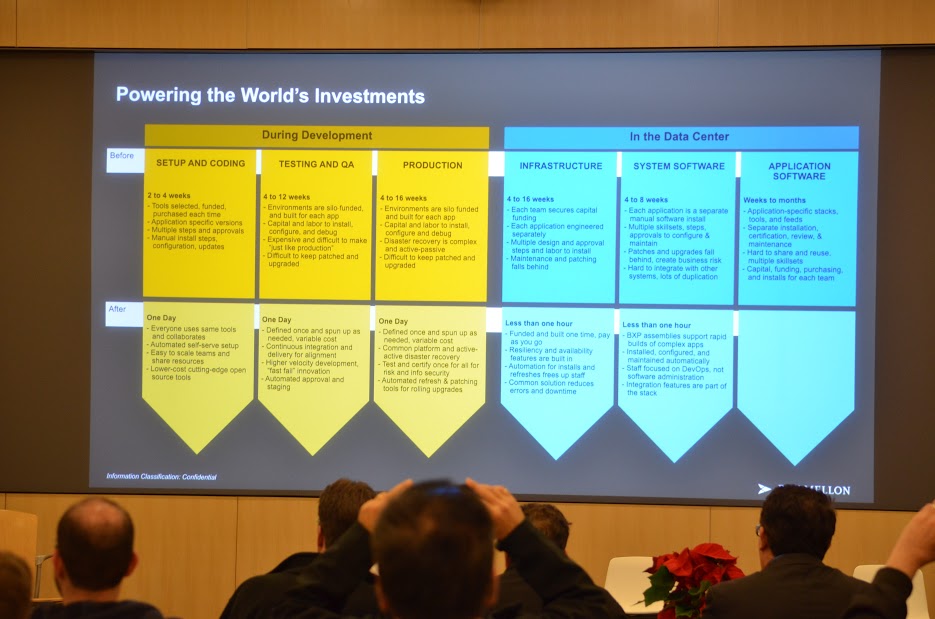 from MariaDB stressed the importance of educating developers during a lightning panel that focused on challenges and opportunities to Cloud Foundry adoption. He said he had seen developers “put bumpers on things” as part of their resistance to the new platform and way of doing things, and said the challenge is “to show examples of what can be achieved with the platform.” In this context, he mentioned “whiskey as a service,” a topic that the audience seemed to agree merited further discussion after-hours. from the IBM Bluemix team was also on this panel, and stressed “how folks can do things quickly and efficiently. Developers don’t want to submit 120 tickets and wait for six months. They want to innovate now.” 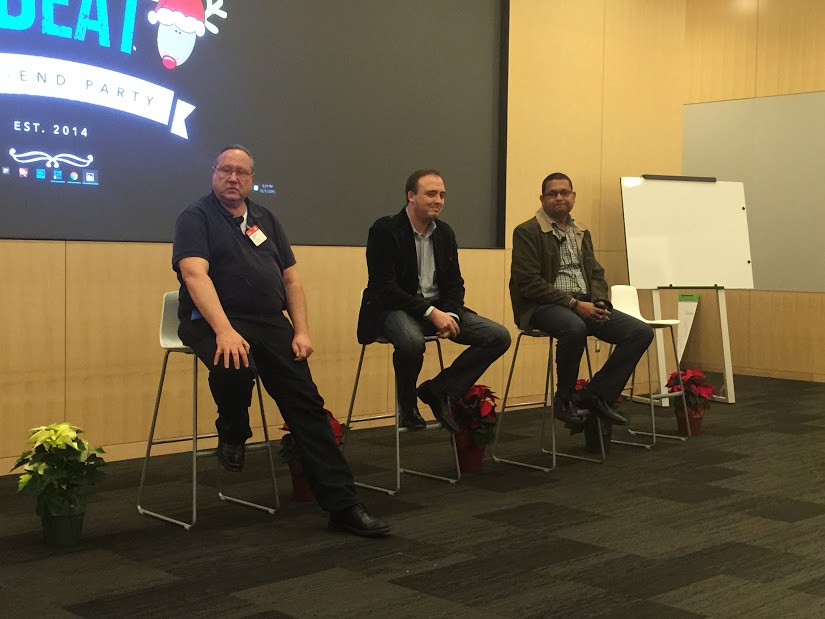 A third panel attendee, from Adobe, outlined the company’s commitment to Cloud Foundry, and stressed that the journey needs to be taken in steps and bites. He noted that “developers like to be in control,” and that with Cloud Foundry they can often feel as if this is not the case.

For example, “start with a PoC, prove that it works, then move to production,” he said. His comment was affirmed by Roger Levy, who said that achieving small successes along the way provides the path to overall, transformational success.

Prior to the formal start of the program, of Redis Labs led a group of round tables in his coolly inimitable way, and OpenStack proponent from HPE gave a stirring welcome to the crowd while emphasizing her interest in seeing continued cooperation and collaboration among members of the OpenStack and Cloud Foundry communities. 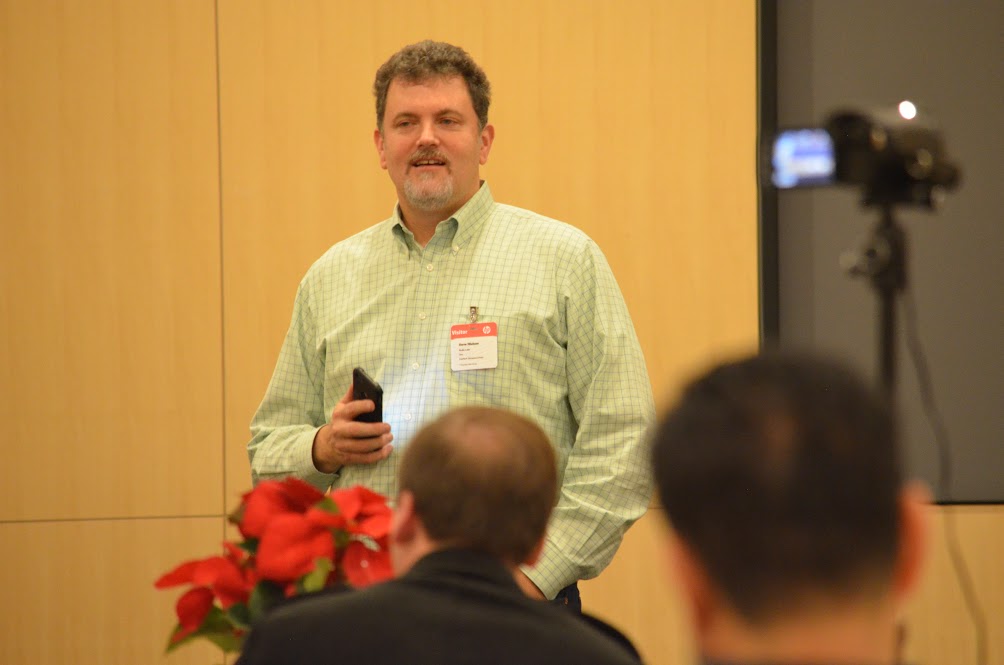 All in all, it was a dynamic evening following a dynamic year for Cloud Foundry, its community, and its ecosystem.