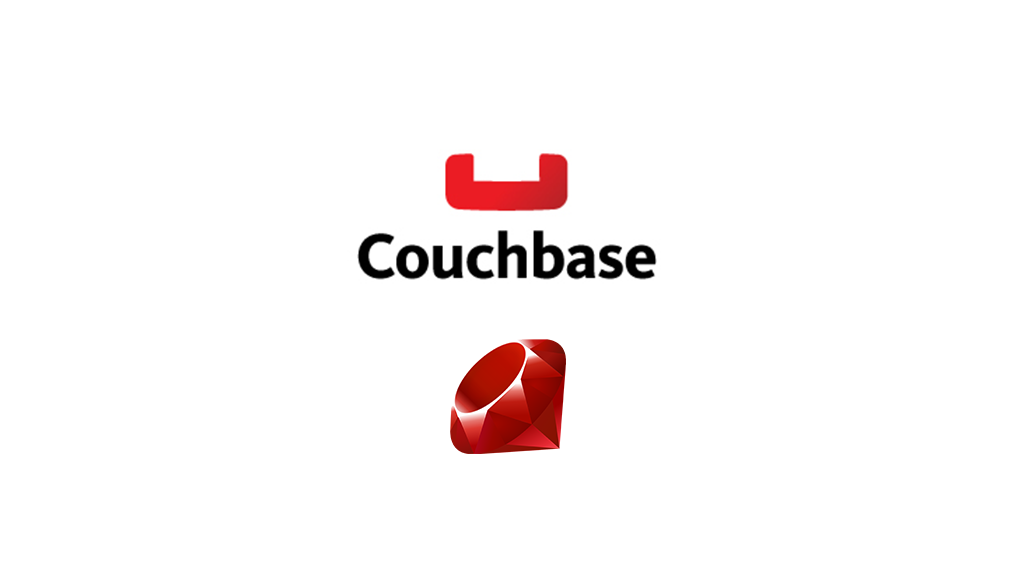 by Sergey AvseyevFebruary 11, 2013
Explore how to start using Couchbase Server in your Ruby apps based on the EventMachine asynchronous model.

As you might have noticed, the new Couchbase Ruby gem has been released. Version 1.2.2 is mostly a maintenance release with several bug fixes. Yet, you can try a new experimental feature—integration with the EventMachine library. Currently, the EventMachine integration is only accessible on UNIX-like systems (such as Linux, Solaris, and BSD). As the integration uses fibers, it also requires Ruby MRI version 1.9 or later.

This blog post provides a quick intro of how to start using Couchbase Server in your Ruby apps based on the EventMachine asynchronous model.

Set up your sandbox

The first step is to install the libcouchbase library that handles all low-level Couchbase protocol details. You can check out the official installation guide. Below, I’ll only replicate the steps needed for a typical GNU/Linux box (I’m using Debian unstable).

To demonstrate the integration, let’s build a simple chat application using EventMachine and add logging for all events to the Couchbase bucket. It is extremely easy to build an asynchronous application with EventMachine. To prove it, I will put a complete source code in this blog post. The code can be also found in the examples/chat-em directory of the gem sources.

This is a typical EventMachine server based on EM::Connection. For those who don’t know the meaning of these redefined methods, below, I will provide an exceprt from the official documentation.

EventMachine::Connection is a class that is instantiated by EventMachine’s processing loop whenever a new connection is created. New connections can be either initiated locally to a remote server or accepted locally from a remote client. When the Connection object is instantiated, it mixes in the functionality contained in the user-defined module specified in calls to connect or start_server. User-defined handler modules may redefine any or all of the standard methods defined here, as well as add arbitrary additional code that will also be mixed in.

This class is never instantiated by user code and does not publish an initialize method. The instance methods of EventMachine::Connection that may be called by the event loop are as follows: #post_init, #connection_completed, #receive_data, #unbind, #ssl_verify_peer (if TLS is used), and #ssl_handshake_completed.

All other instance methods defined here are called only by user code.

The protocol is very simple and line-oriented. For each connection, EventMachine will create an instance of ChatServer that first asks the name of a new participant and then broadcasts all the messages to the group. You can use your favorite tool, such as telnet or nc, that allows you to communicate over the arbitrary text protocol. Below is a sample of the session between endpoints.

Now, it’s time to add a bit of Couchbase. Imagine I’d like to keep all the messages in a distributed database as efficiently as I can. Couchbase is the answer. For the purpose, I need to perform the following steps:

That’s it for now! In the future, we can expand this example to use more modern techniques, such as em-synchrony and WebSocket. Follow this blog for updates.

Logging itself might not be that interesting. With Couchbase Server, you can perform simple analytics with View queries using Couchbase’s incremental ‘Map-Reduce’ awesomeness. For example, below is the Map function used to get all entries in a chronological order.

Below is the JSON output.

Okay, that’s really it for now. Enjoy this experimental new feature. It’ll be fully supported in a future release. If you run into any trouble, please file an issue at the RCBC project issue tracker. Fixes and contributions are always welcome, as well. The feature is open-sourced under the Apache 2.0 License. You’ll find the code sources on GitHub. You can also check the original article at the Couchbase blog.

Sergey Avseyev likes to analyze, design, develop, and maintain server-side applications and user interfaces. He is experienced in ANSI C, Ruby, and JavaScript, etc. Sergey also works with relational databases, such as PostgreSQL and MySQL server. Find him on GitHub.

Things that I Hate as a Web Developer
Read More
202