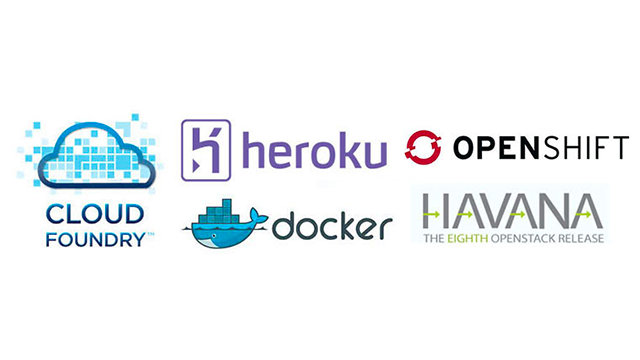 Below, you will find a brief overview of the main PaaS news for October 2013.

Cloud Foundry Community Advisory Board (CAB) held its first public meeting on October 30. During the conference call that featured 52 attendees, CAB advisors were introduced to the public. As it had been announced in September, they discussed how to work with the community and determined the dates for the next PlatformCF conference. The recording of the meeting will be published soon.

Pivotal announced Cloud Foundry plug-ins for two popular build tools: Maven and Gradle. Using the Java client library to interact with Cloud Foundry, the plug-ins make it possible for JVM developers to build, test, and deploy applications with a single command-line interaction. This blog post explains how to try the new plug-ins and how to set up continuous integration/deployment of applications to Cloud Foundry.

3. The Solum Project from Rackspace to Increase Productivity of OpenStack Developers

At the Progress Exchange 2013 user conference in Boston, Progress unveiled new functionality of their platform, Progress Pacific. According to the press release, the platform was recently enhanced with intelligent workflows, business logic, and data integration to provide easy application development and data access.

OutSystems PaaS is now generally available in the public cloud. Version 8 of this platform helps to build, deploy, and manage .NET and Java applications in any environment, generating native Java or .NET code with support for Red Hat JBoss, Oracle WebLogic, and Microsoft IIS/Windows Server.

The OpenStack foundation announced the latest version of OpenStack 2013.2—called Havana—that features native support for Docker containers and other new features. Now, users can  spin up containers instead of virtual machine and boot environments in seconds when testing workloads.

dotCloud, a Platform-as-a-Service provider, changed their company name to Docker, Inc. after the technology they sponsor. While still offering a stand-alone PaaS product, Docker, Inc. will now concentrate on developing and monetizing the container technology.

Clever Cloud announced support for the Go language on their PaaS platform. Mainly developed by Google, the Go language is a powerful tool for applications that use multicore and networked machines.

Heroku introduced extended validation SSL certificates that help users to differentiate between customer applications and applications owned by Heroku. Another update is public beta availability of WebSocket functionality on their platform.

Follow further PaaS updates on our blog or @altoros.

This post was written by Volha Kurylionak and Alex Khizhniak with assistance from Anton Trushkevich.

The Apriori Algorithm vs. k-means Clustering for a Recommendation Engine
Next