by Aleksey YermolenkoJanuary 31, 2017
Demonstrating how to develop/deploy a cross-platform .NET Core app on Cloud Foundry, this solution is using RabbitMQ and Microsoft Cognitive Services API.

In our previous post, we explained how to consume Spring Cloud / NetflixOSS services from a .NET Core app using Steeltoe. If you want to explore Steeltoe in detail, you may also check out these two articles: Introducing Steeltoe and Steeltoe for ASP.NET 4.x.

With this blog post, we wanted to go further and created a sample .NET Core app using RabbitMQ and Microsoft Cognitive Services API. The app allows users to detect human faces on a photo and extract avatars from it. With .NET Core, the code can be used for both Windows and Linux systems.

This example demonstrates the results of how the app works. 😉 We’ve taken the source photo (featuring the legendary James Watters) from Nima Badiey’s Twitter: 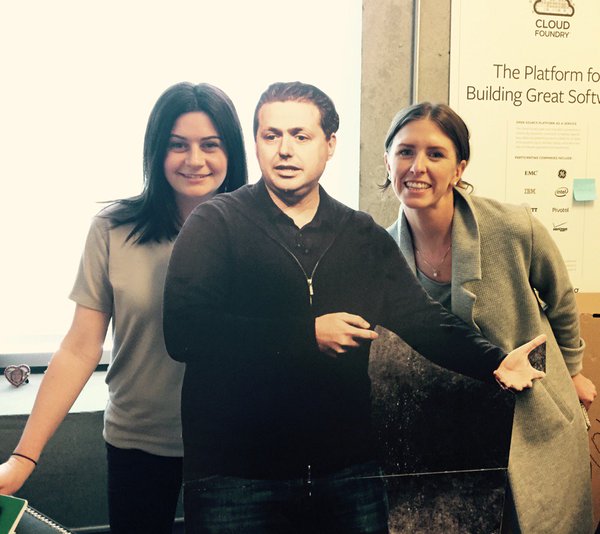 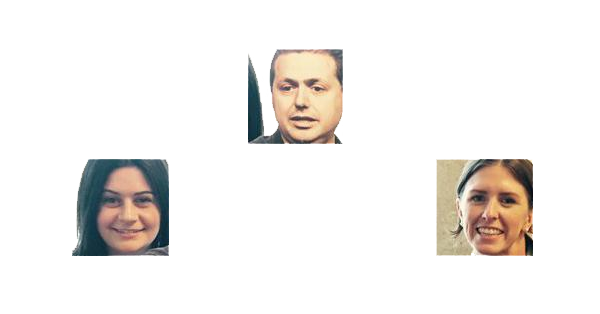 The solution itself consists of a website and two services. All communication between the website and the services was done via RabbitMQ queues. Implementing the Competing Consumers pattern made the system more reliable and scalable, while also helping us to decouple this system into small components. 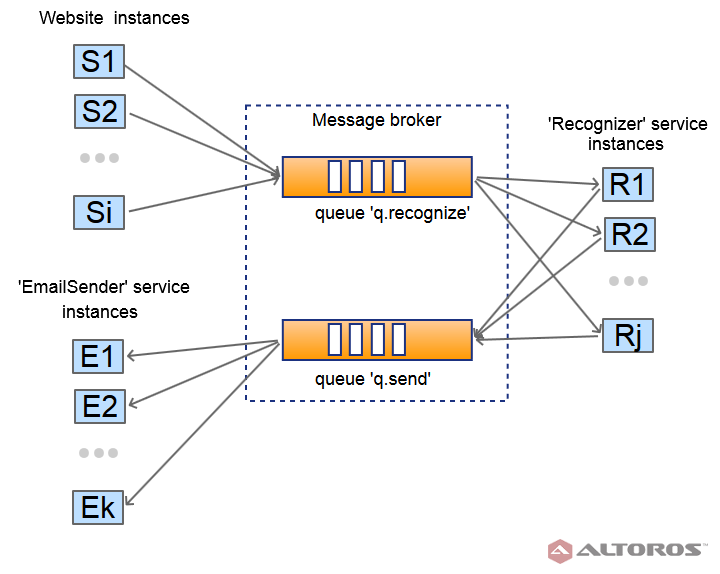 The source code of the app is available in this GitHub repository.

The FromServices attribute tells the dependency injection resolver to create an instance of the client using ConnectionFactory initialized with a connection string and credentials from environment variables.

To create a framework-dependent deployment, we set "type": "platform" in the project.json file. To build the project, you can run the following commands:

The command builds and publishes the project into the publish folder.

Since the .NET framework is installed into containers by Cloud Foundry’s .NET Core buildpack (that’s why we opted for the framework-dependent deployment setting in the project), the command for starting the application looks as follows:

We also needed to set the RabbitMQ service as a dependency to bind the service instance automatically to the app.

To create an instance of the RabbitMQ service and deploy the application, the following commands should be used.

Similarly to the website implementation process, we relied on Steeltoe to create instances of the RabbitMQ client:

The Face API from Microsoft Cognitive Services was used to detect human faces in images. The Recognizer app sends an image URL to the web service, and the latter returns an array of rectangles with faces. The data is then sent to the message broker and processed by the last microservice in the chain—the EmailSender app. It downloads the image, crops it using the list of rectangles, and sends the cropped out face avatars back by email.

To build the services, see the website building steps described above.

The manifest.yml file for the services is different from the website’s manifest file:

This application is a worker without an HTTP endpoint, so no routes are needed:

You have to disable health-check to make Cloud Foundry believe that the app is running properly:

The deployment process is the same as that of the website, but with the first two steps skipped: there is no need to create another service instance.

Note that this demo app has some deficiencies that real-life applications don’t have the luxury to disregard, such as:

The source code of the app is available in this GitHub repository.

With Cloud Foundry, a .NET developer can create and deploy a scalable microservices-based .NET Core app fast and cost-effectively. Usage of Steeltoe’s adapter for ASP.NET Core RabbitMQ Client saved the effort required to initialize RabbitMQ connectors—otherwise, connection strings and credentials would need to be extracted from environment variables manually.

The developed system can be deployed on any Cloud Foundry distribution. Since the project uses .NET Core, it supports both Windows and Linux stacks. However, since .NET Core is a cross-platform technology, one should not expect that it supports the full .NET Framework functionality.

Aleksey Yermolenko is a Solutions Architect at Altoros. With over 3 years of experience in cloud-native application development and about 10 years in software development, Aleksey has accumulated extensive expertise in delivering complex large-scale solutions. He is also a Microsoft Certified Professional Developer.

Migrating Pivotal Cloud Foundry to a Multi-AZ Deployment
Next