by Alex MakarevichJanuary 12, 2017
Deployments across multiple availability zones (AZ) help to achieve high availability at the network infrastructure level. Yet, there are installations implemented when Pivotal Cloud Foundry (PCF) could not be deployed in multiple AZs.

This post describes how we moved an up-and-running PCF installation from a single availability zone deployment to multiple AZs for one of the earliest adopters of the platform.

The customer had been using PCF starting from version 1.0 and eventually ran out of resources to support its deployments. Our task was to create a multi-AZ deployment while migrating all the company’s environments to a wider network infrastructure. The moved PCF installation ran on VMware vSphere 6. Each deployment consisted of around 100 Diego Cells with an average memory usage of over 80% of Diego Cell capacity.

Having examined the customer’s environment, we faced the following issues: 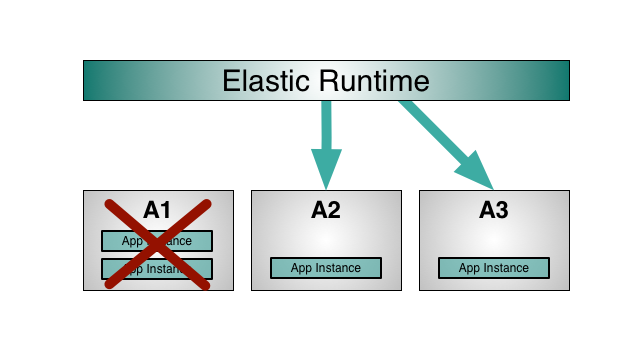 The revealed obstacles rendered plenty of room for exercising our troubleshooting skills:

So, the complete process of moving to a multi-AZ deployment included the following steps: 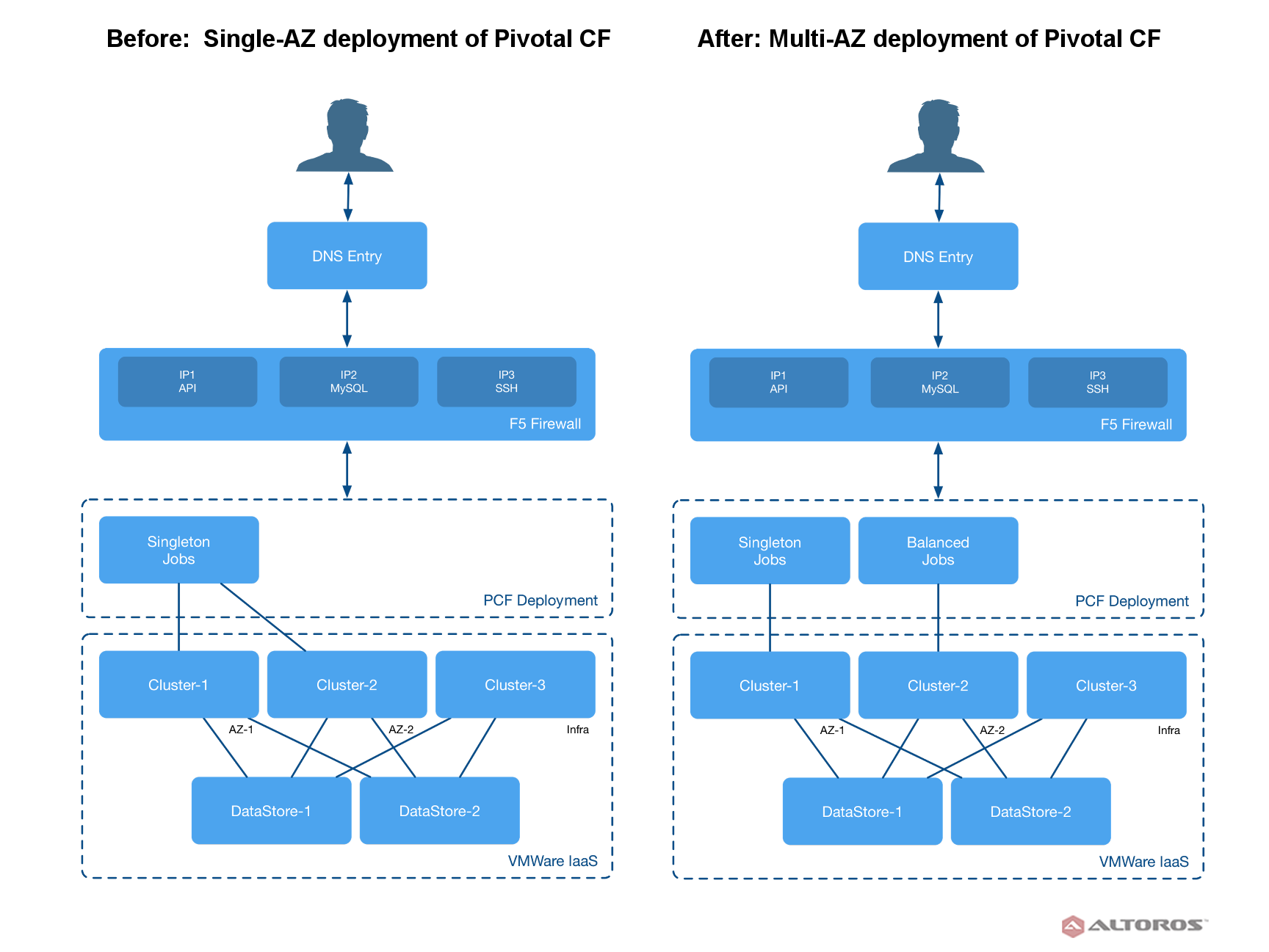 When moving your PCF platform to a multi-AZ deployment, note these tips:

Migrating BOSH to a different network

In case of a misconfiguration during initial deployment, or when redeployment is not possible, or if a network range depleted, you may also need to move BOSH to a new network range and then migrate Pivotal CF.

In our case, the migration was required for all PCF deployments, since the current network resources were depleted and the customer wasn’t able to increase the number of Diego Cells or any other PCF Elastic Runtime components and tiles. All the current environments were deployed on VMware vSphere and used an external Load Balancer.

To migrate BOSH successfully, we created the following runbook:

Moving Pivotal Cloud Foundry deployment is a relatively easy task, but workarounds are inevitable. Just hold to the outlined recommendations and be prepared to tackle issues down the road.