Hyperledger Cello to Govern Multi-Tenant Blockchain as a Service

by Sophie Turol and Roger StrukhoffMay 22, 2017
Explore how the Cello's architecture complements other Hyperledger Project incubations by automating blockchain deployments.

Until recently, developers had to do a lot of manual work when deploying/managing a blockchain. This job doesn’t get any easier if multiple tenants need to access separate chains simultaneously. For instance, dealing with Hyperledger Fabric involves manual installation of each peer node on different servers, as well as setting up scripts (e.g., Docker-Composer) to kick off a Fabric network.

The new Hyperledger incubation was created to solve this problem through automatically maintaining a pool of chains. The Cello project provides the possibility of provisioning various configurations, while scaling the physical resources through a dashboard.

How Cello can help

Cello can make use of Docker APIs to manage blockchain clusters. Equally, if not more important, it can be integrated with a Hyplerledger Explorer dashboard to bring detailed operational knowledge and ledger detail to the enterprise IT team.

Succinctly put, this incubation aims “to reduce the effort required for creating, managing, and terminating blockchains” on various cloud infrastructures (including bare metal, virtual machine, and containers), according to its mission statement.

According to the incubation notice, Cello allows for: 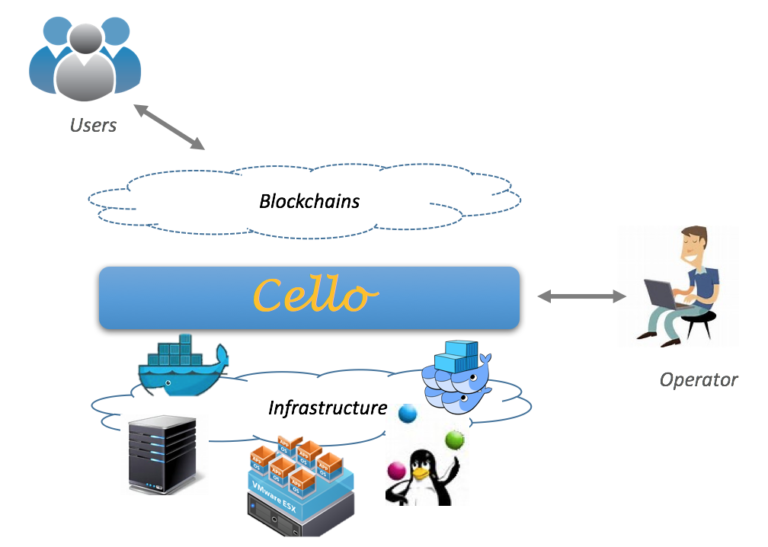 It was approved by the Hyperledger Project Technical Steering Committee on January 5, 2017. “Users will get chains with various configurations instantly,” its developers write, “while operators can dynamically scale the physical resources through a dashboard.”

According to its developers, Cello’s architecture is built upon the principles of the microservices approach, fault resilience, and scalability.

As the documentation goes, each layer should maintain stable APIs for upper layers to achieve pluggability without changing the upper-layer code.

Cello’s components are as follows:

Regarding deployment into clouds, Cello employs Docker APIs to manage the blockchain clusters in remote hosts, including physical servers and virtual machines. It follows the master-worker architecture, creating a web dashboard on port 808, a RESTful API on port 80, and Docker services through port 2375 from the master node, as shown below. 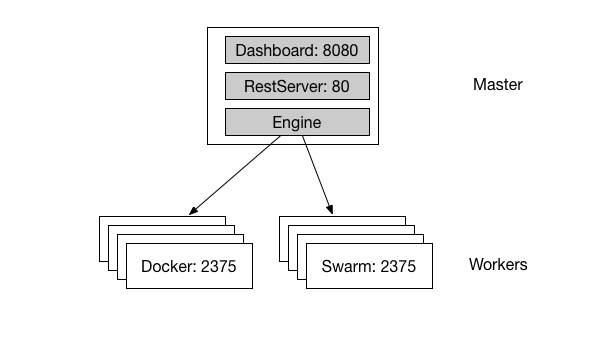 The orchestration engine and RESTful server are implemented with Python. The dashboard is implemented with JavaScript. The drivers are created through the Docker API lib to support native hosts and Swarm clusters. Monitoring, logging, and other tools are implemented with Golang. The framework is pluggable, so can be integrated with existing open-source tools.

Yet, as one would expect, a serious amount of work remains. Its roadmap includes, according to Cello’s documentation, goals to: 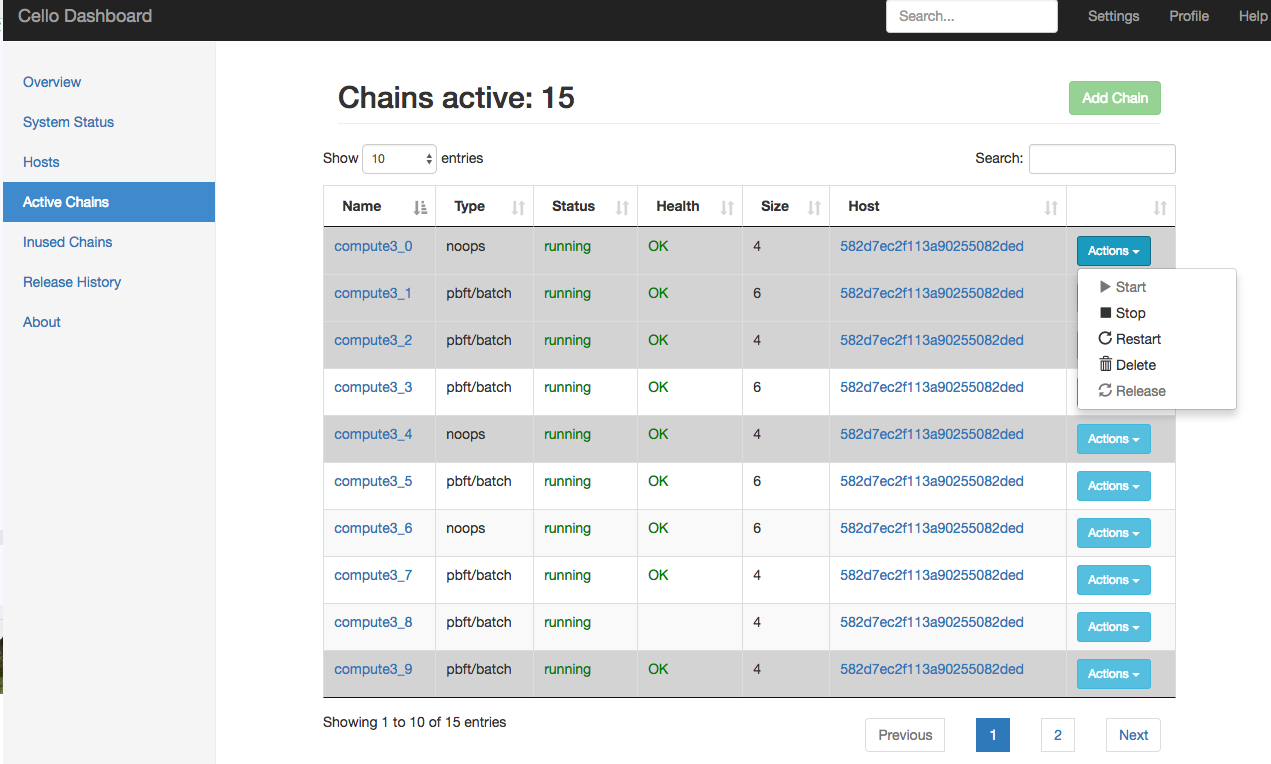 Combining Cello with Composer, a collaboration tool for building blockchain business networks, to this growing Hyperledger toolbox should facilitate the task facing organizations that wish to build enterprise blockchains into their architecture. They seem to be great complements to Hyperledger Fabric, the framework that’s already in its v1.0 alpha release and hurtling toward a hardened general availability.

One of Fabric’s great promises is to allow a subset of validators to approve transactions, rather than requiring the entire validator network to do so. This new ability addresses the major issue of potential transaction throughput (i.e., it aims to prove that Fabric will be fast enough for the world of controlled, private networks for which it’s designed).

This ability could also be viewed as a simplifying feature, in that it should make it easier to convince enterprise top management of Hyperledger blockchain technology’s potential, and easier to (literally) get such networks up to speed. Adding in tools that make it simpler to deploy chains, to collaborate among them, and to know what’s going on in their operations should add to Hyperledger’s overall appeal.

Track Cello’s progress in its JIRA, documentation, or mailing lists.

This post was written by Roger Strukhoff and Sophie Turol.

Cloud Foundry Advisory Board Meeting, May 2017: Kubo, UniK, and BBR
Next