by Victoria FedzkovichFebruary 17, 2016
Learn how to set up HPE Helion Stackato on a local machine and deploy an application to it via Docker.
Why read this?
FOR A DEVOPS PRO

For exploring the capabilities of a Cloud Foundry-powered PaaS from HPE, the evaluation version of the product that runs in local environments is available. Import a preconfigured Helion Stackato VM image into VirtualBox and get started; works on Mac, Windows, and Linux. Find out more from the article.

Today, HPE ships the HPE Helion Platform that combines both its IaaS and PaaS technologies. The PaaS offering, particularly, comes in two flavors: HPE Helion Stackato and HPE Helion Development Platform. While the former supports multiple IaaS products, such as AWS, Azure, and VMware, the latter is a version of HPE Helion Stackato tightly integrated with HPE infrastructure based on OpenStack services.

At the recent CF Beat meetup, Sujay Maheshwari presented HPE Helion Stackato working on a laptop. In a short demo, he showed how to configure your Helion Stackato micro cloud for local development and testing as well as how to push a sample application to it via Docker.

Before deploying applications to Helion Stackato, you need:

After performing the initial setup, connect and log in to Helion Stackato with the stackato target and stackato login commands to start deploying your applications. During the presentation, however, Sujay used the helion client instead of stackato. 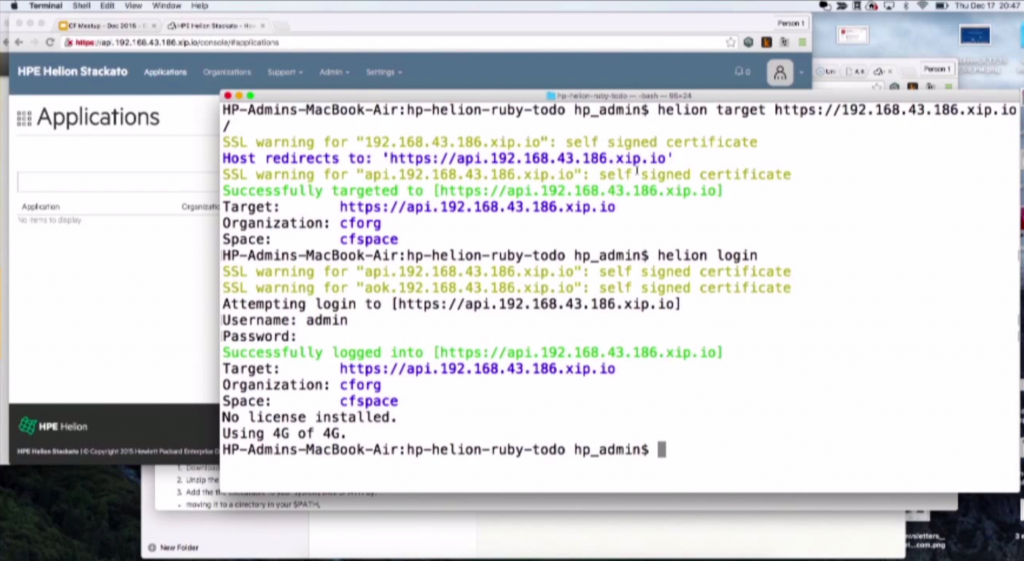 For the detailed information on how to run HPE Helion Stackato on your local machine, check out the following tutorials prepared by the HPE team:

Deploying a sample application via Docker

Docker images can be pushed to Helion Stackato. In the second part of the demo, Sujay deployed a Docker application and bound a data service to it. 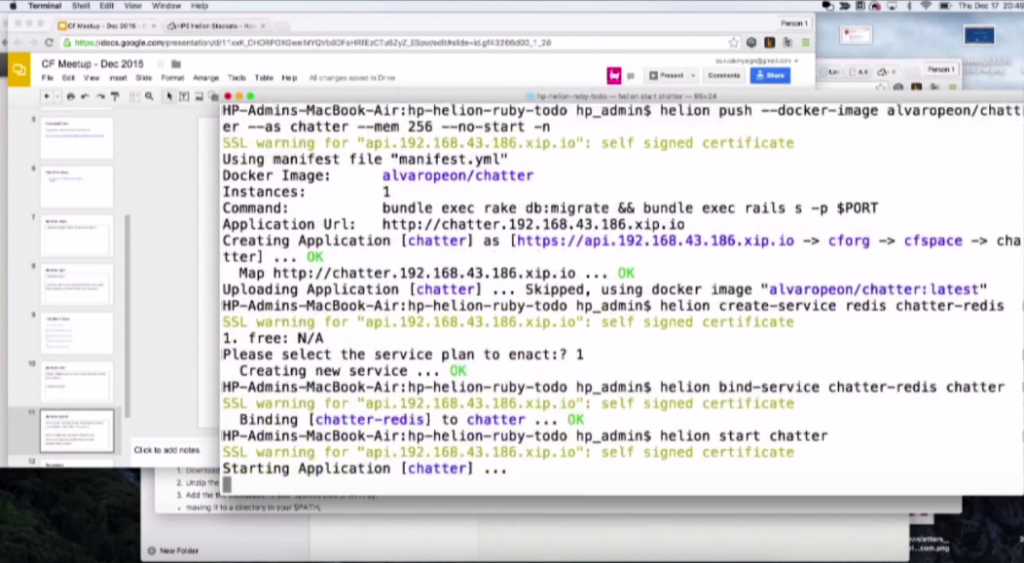 For the stackato client, the commands are:

With the evolution of Cloud Foundry and its growing adoption among enterprises, the demand for a smaller version of the platform has become evident. Currently, a number of solutions for experimenting with Cloud Foundry functionality are available from different providers of the PaaS.

The mentioned scaled-down version of HPE Helion Stackato for local environments, which does not require BOSH to get started, complements well the existing collection of micro Cloud Foundry offerings.

Sujay Maheshwari is a developer evangelist at HPE Helion. In the past, he has built his own companies in mobile ad-tech and content marketing space. Prior to that, Sujay was a Product Manager at Morgan Stanley. His biggest fear is his son calling him a tech-illiterate, and so he strives hard to learn all the geeky stuff.