Cloud Foundry on Microsoft Azure Is Closer to General Availability

by Victoria FedzkovichSeptember 23, 2015
The Microsoft team is working on a BOSH release/CPI/stemcell for Azure as well as Azure Resource Manager integration.
Why read this?
FOR AN ARCHITECT

Cloud Foundry is an infrastructure-agnostic PaaS solution that gives users the freedom to deploy applications into the cloud that best meets their needs: private, public, or hybrid. The fact that Azure—the number two vendor on the IaaS market—is going to support the open-source PaaS promises new opportunities for organizations interested in running Cloud Foundry applications in the Microsoft cloud. Catch up on what has been done to bring the project to life and what is coming up next.

Evolution of the project

Two IaaS market players—AWS and Microsoft Azure—embraced the majority of public cloud usage in 2015. While AWS enjoys undisputed leadership, Azure has doubled its customer base.

Microsoft launched Azure as a PaaS in 2010 and later added an IaaS capability to the platform. Today, the infrastructure service works with private and public environments.

In April 2015, the company announced its plans to support Cloud Foundry OSS to meet the demand “from customers who would like to use Azure for running or extending their Cloud Foundry deployments.” 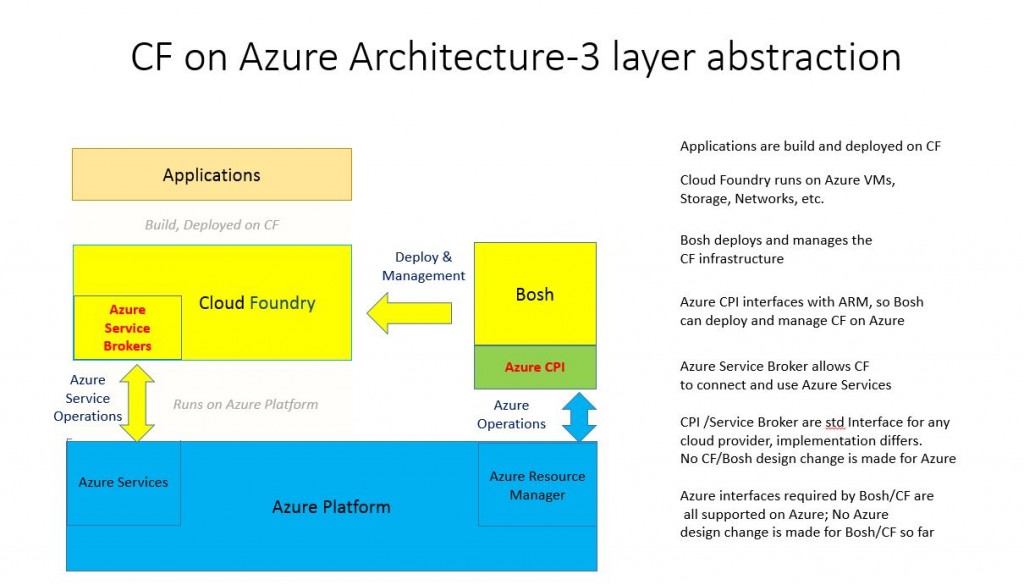 The statement was followed by a public preview and the expressed hope “to release the public beta in a few weeks.”

By the end of August, the Azure team delivered the second version of the preview.

To enable the PaaS support, the Azure team uses a standard tool for Cloud Foundry management and deployment—BOSH. 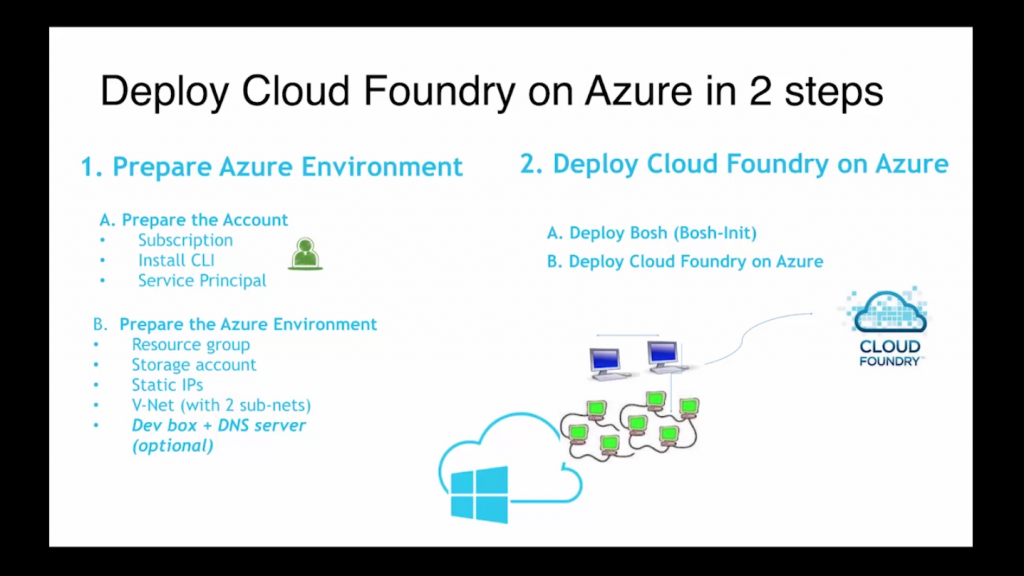 The IaaS provider leverages its Azure Resource Manager template to simplify the first step through automating the configuration of an Azure account and environment for BOSH and Cloud Foundry; however, a manual mode is possible as well.

What do we have for the second step? Following the logic of the BOSH architecture that utilizes a number of artifacts—a stemcell, release, and manifest file—to deploy Cloud Foundry, the Azure team has worked on the development of two crucial components:

What is done for the second preview

With the updates in the recent Cloud Foundry on Azure release, the IaaS platform now supports:

Head to the BOSH Azure CPI repository to learn more about the changes. The BOSH release documentation for the external Azure CPI is also there.

What is scheduled for the future

According to Ning Kuang, a senior program manager at Microsoft, the next steps are general availability for community and further integration with Azure, including Cloud Foundry service brokers and hybrid scenarios with Azure Stack for private clouds. 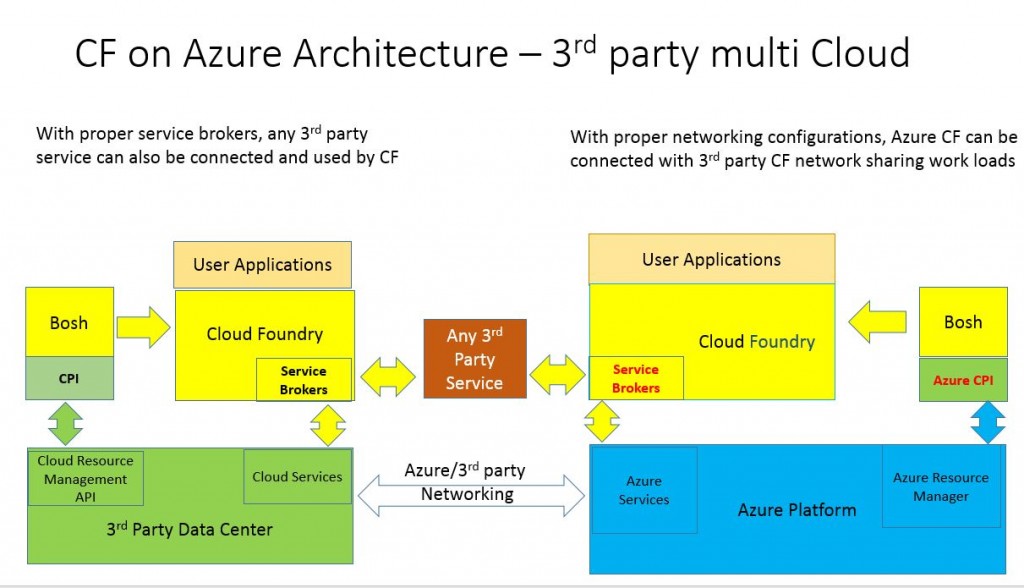 Enterprise clients who rely on the Microsoft stack of technologies play a crucial role in Azure success. At the same time, the company does realize that to stay a leader among cloud service providers, it needs to go way beyond existing customer relations. Providing heterogeneous environments to attract new users, which includes non-Microsoft-centric organizations, fully reflects this understanding.

What does it mean for Cloud Foundry users? The Microsoft-native initiative brings even more flexibility in choosing an infrastructure provider for their workloads. If all goes as planned, hybrid cloud scenarios with Azure will also be an interesting offer to consider.

Cloud Foundry in its turn is addressing the needs of the Microsoft ecosystem through projects such as a Windows backend for the Garden container technology and the .NET buildpack. A collaborative effort of developers from Pivotal, HP, and CenturyLink named Greenhouse should finally solve the question of equal opportunities for .NET and Windows in Cloud Foundry.

What to do when waiting for Cloud Foundry on Azure

While the official support from Microsoft is on the way, it is still possible to work with Cloud Foundry on Azure. For instance, creating a custom BOSH CPI responsible for communication with the IaaS is an option. The following series of articles provides conceptual as well as practical information that might come in handy if you decide to try this method:

In addition, a community-contributed BOSH CPI for Azure (by Nickolas Terry) is available on GitHub.

When Is a Microvisor No Visor at All?
Next