Blockchain Growth: What Do We Need to Understand About It? 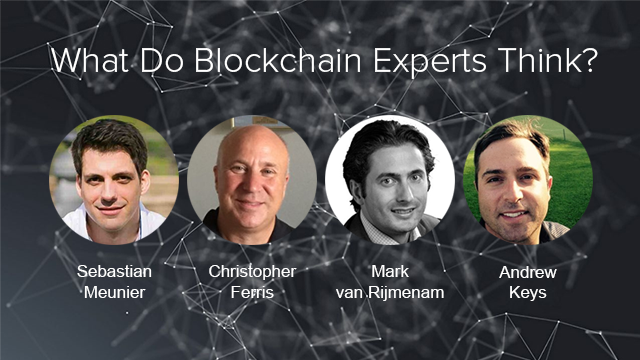 by Roger StrukhoffApril 18, 2018
Blockchain is proliferating with an array of options, many difficult to comprehend. Experts share their vision on what is required to get the best of the technology.

The questions imposed by blockchain

Now that blockchain technology has been in the news for a few years, it has taken its place among the most intriguing developments in recent IT history. The utility of blockchain technologies to act as an immutable, transparent ledger of transactions is what gives it real appeal to enterprise IT departments. Currently, the two best-known efforts in the blockchain world are, probably, Ethereum and Hyperledger. It doesn’t mean they will be around over the long term, but there’s some momentum behind them. 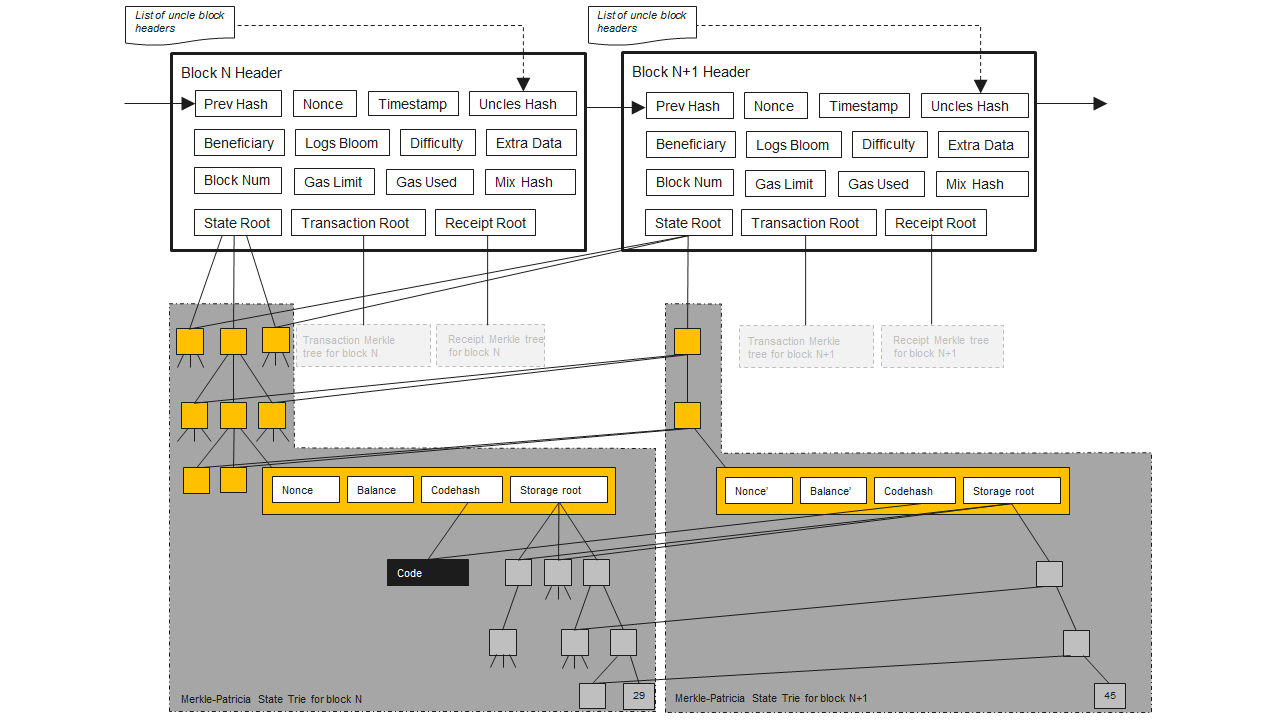 With great parts of the world clearly experiencing blockchain madness at the moment, it’s a challenge for companies to decide whether and how to integrate the blockchain technology into their business. What are the compelling reasons to do this? What are the compelling reasons not to do this? Most important, how can companies be assured that a technology they select today will be here tomorrow?

We thus interviewed some prominent people within the blockchain sphere to get their opinion on the key issues imposed by blockchain. 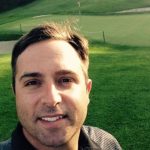 “Enterprise IT professionals will need to understand what value-adds blockchains create versus their operational and throughput tradeoffs.”
—Andrew Keys, ConsenSys

The technology is still evolving 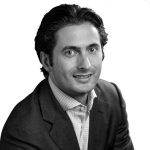 Mark van Rijmenam, a founder of Datafloq, outlined that “education is vital for the blockchain space.” He went on explaining that because the technology is new and quite underdeveloped, and if we want to build a completely decentralized ecosystem, there is a need for the best blockchain developers.

“Universities have only now started to develop courses for blockchain. The education should constantly evolve with the changing marketplace.”
—Mark van Rijmenam, Datafloq

According to Mark, blockchain also requires awareness, as a lot of people still don’t have a clue what blockchain really is and why it goes far beyond cryptocurrency. There may come a future where people are responsible for their own public and private keys. In this regard, education is essential here and now to get ready for massive challenges inflicted by blockchain and new models of treating personal data.

The very need for education

Mark’s idea was echoed by Christopher Ferris, an IBM Distinguished Engineer and Chair of the Hyperledger Technical Steering Committee. Stressing how important the education is, his answer was quite straightforward: “Very.”

“Most important is what problems blockchain is good for, and what it is not. Also think it critical to distinguish between cryptocurrency and blockchain and make clear that not all blockchain solutions need tokens.”
—Christopher Ferris, IBM

Awareness beyond the enterprise 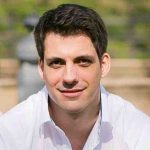 We also heard from Sebastien Meunier, Director of Chappuis Halder & Co. and a prominent fintech figure. Sebastian thinks that enterprises may not be ready for blockchain adoption as “there is a huge mismatch” between centralized corporate structures and decentralized blockchain thinking. Being a more disruptive force, startups are more eager at embracing such an emerging technology as blockchain.

“When used in a permissioned environment, the blockchain technology is merely an enhancement to the existing business processes, bringing accountability through digital signature and secure timestamps at the expense of efficiency (replication of the data). It can only work in specific cases, when the trade-off makes sense.” —Sebastien Meunier, Chappuis Halder & Co.

However, he has a different opinion on educating the public in a context of blockchain as the technology can have a significant impact in peer-to-peer environments. Sebastien based his thought on the idea of any human interaction in society relying on trust. This way, trust between strangers is achieved through employing centralized third parties who manage “every aspect of society from policies (governments) to finance (banks) and business activities (corporate lawyers).”

“Blockchain invites us to rethink these critical questions: What is trust? What is a contract? What is ownership? The blockchain technology is a new way to create trust with no middle-man.” —Sebastien Meunier, Chappuis Halder & Co.

Due to the decentralized nature of blockchain, the technology is also about ownership: one can truly own personal identity, the content produced, and financial assets.

Sebastien outlined two big issues that need to be addressed in his view:

We can agree that blockchain’s complexity is daunting, even after one spends some time with it. As the current chaos subsides surrounding the current proliferation of all manner of wild blockchain concepts, the core complexity of any blockchain technology remains.

Apart from learning the fundamentals of Ethereum, Hyperledger, and other blockchain technologies that may be of interest, enterprises then need to look throughout their company data to see where blockchain can either improve upon what they are already doing or spark new projects. It will behoove organizations throughout the world to take an active approach to creating an environment in which customer data is preserved, available, and less vulnerable to intrusion. 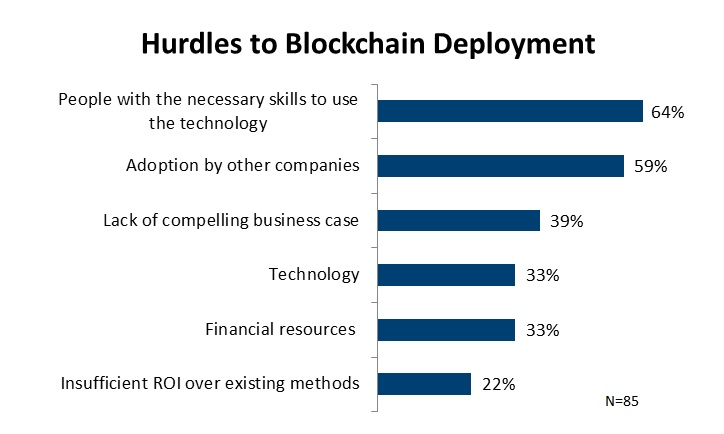 Barriers to the adoption of blockchain (Image credit)

The blockchain technology is already being deployed in financial, supply-chain, and provenance applications. It is also being touted for its potential in the developing world to create new land registries and small-business financing resources. Anywhere there’s a database or a ledger in place today, blockchain has the potential to be there tomorrow.

As blockchain is still evolving, our perception of it may change, as well. Therefore, our knowledge about the technology should be constantly updated.

Andrew Keys is a co-founder of ConsenSys. He leads the organization’s financial services arm. Previously, Andrew worked for UBS investment bank in equities analysis. Later, he was responsible for creation and distribution of life settlement products to hedge funds and investment banks. After that, Andrew co-founded a revenue cycle management company, where he learned about Bitcoin and, eventually, Ethereum. He also co-created the first Ethereum Blockchain-as-a-Service offering with Microsoft and started the Enterprise Ethereum Alliance.

Mark van Rijmenam is the founder of Datafloq. He is an entrepreneur with a drive for disruptive innovation. Mark is also an author of the best-selling book—Think Bigger. His second book on blockchain for social good is due in 2018. Mark is currently pursuing a PhD on how companies change due to artificial intelligence, blockchain, and big data. Previously, he has also served as a keynote speaker on these three areas, as well as other emerging technoliogies.

Christopher Ferris is the CTO of Open Technology at IBM. He is responsible for IBM’s overall open-source and open standards strategy and execution. Christopher also serves as Chair of the Hyperledger Technical Steering Commitee. Additionally, he is an IBM Distinguished Engineer and has been been involved in the architecture, design, and engineering of distributed systems for most of his 35+ year career.

Sebastien Meunier is the Director of Chappius Halder and Co. He has a successful track of defining business strategies and leading global transformations in financial institutions, including business lines to IT, operations, and transverse functions. Sebastien strives to bridge the gap between business and technology, driving growth and efficiency in financial institutions by connecting them with the best innovations from the market.
This post was written by Roger Strukhoff with assistance from Sophie Turol and Alex Khizhniak.