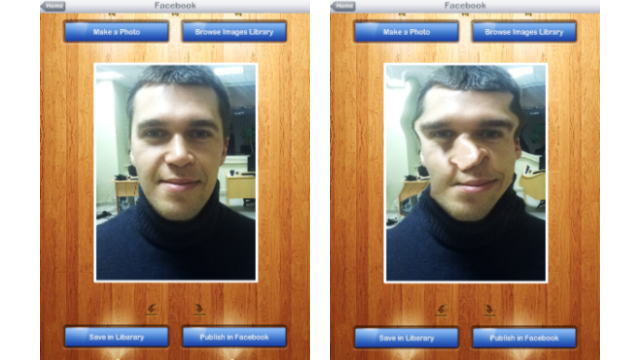 by Valery PesetskiJanuary 23, 2013
This blog post shares an example of an app created with Adobe AIR SDK that can be migrated to Android, iOS, or Blackberry with minimum efforts.

For a long time, Apple used to restrict employing third-party tools for building iOS applications. Therefore, thousands of apps were pending approval and could not reach end users. In September 2010, the company softened its policy. That was a milestone that started a new chapter of cross-platform development.

“We have listened to our developers and taken much of their feedback to heart. This should give developers the flexibility they want, while preserving the security we need.” —Apple

However, skeptics argued that it would be hardly possible to create an Adobe Flash-based app that would be competitive to native Objective-C apps. Although it would be developed one day, it will not be accepted by the Apple App Store. This blog post features an example of an entertainment app that was developed with Adobe AIR 3.5. It is already published on iTunes, Google Play, and Facebook. A user can download the application to test its performance and usability.

The application allows users to play with pictures that were already uploaded to a device or have been just taken with the camera. With a tap of their finger, users can smudge images to make them look funny. After that, these amusing pictures can be shared on Facebook.

To develop this application, we used the following default AIR SDK features and Flex components:

By implementing the app, we exemplified that cross-platform applications created with AIR can exist beyond Adobe’s presentations. This framework enables developers to write code once and then migrate a ready-to-use application to Android, iOS, or Blackberry with minimum changes. It considerably reduces the development time and costs, since a single Flash/Flex developer can replace a team of Android, iOS, or Blackberry specialists.

This post was written by Valery Pesetski and edited by Alex Khizhniak.

Can Japan Win Over COVID-19 with Technology, Automation, and Telemedicine?
Read More
990