The Royal Bank of Scotland Builds a Hyperledger Digital Wallet

by Roger StrukhoffAugust 12, 2016
"Code spikes" are used to test out new technologies—blockchain is at the front in the recent tests by a major UK bank. Learn about the lessons learned and issues faced by RBS when building and testing a digital wallet based on Hyperledger.

The blockchain era is in its early days during a time when profound questions are being asked if not answered. Against that backdrop a Hyperledger meetup—co-organized by Altoros—took place in London.

The ledger technologies evaluated for a wallet

In his session, Mark Simpson, Distinguished Engineer at the Royal Bank of Scotland, talked about how RBS is working with a variety of the blockchain technologies. Referring to himself and his technical team as “blockheads,” he mentioned bitcoin, Hyperledger, Ethereum, R3’s emerging network, and other nascent systems. 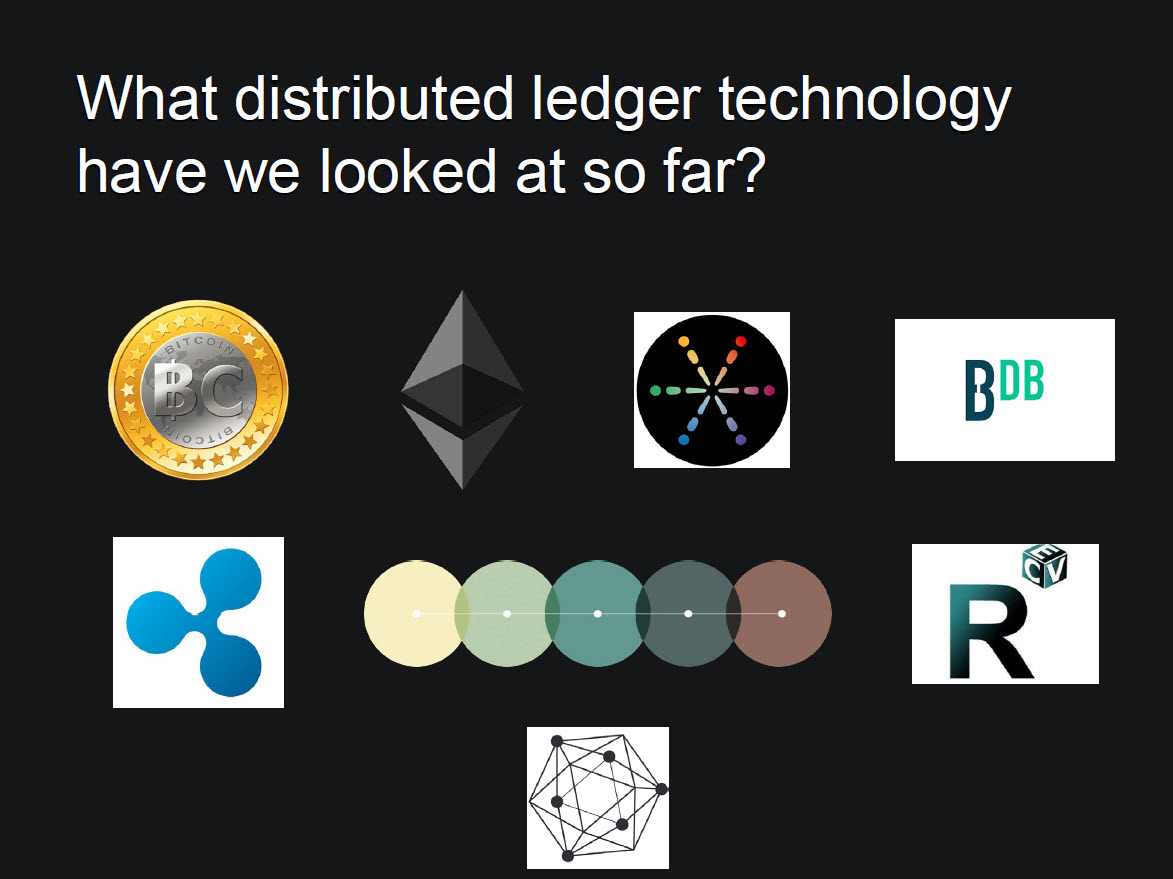 He said his team conducts four-day “code spike” sessions for potential new initiatives, during which “we have to do something meaningful or otherwise you just twiddle around. With a team of experienced engineers, we pour the tech out of the box and try to build relevant use cases.” The intended result is a minimum viable product (MVP) that he and his team can demonstrate to business-side executives to show what’s possible.

“We pour the tech out of the box and try to build relevant use cases.”
—Mark Simpson, the Royal Bank of Scotland

Requirements for a wallet

He said RBS held several of these code spikes for blockchain and in the end focused on the question of producing a digital wallet on Hyperledger. The team wanted the wallet to be able to accomplish several tasks:

He lauded the use of the Go programming language (also known as Golang) in its ability to extend a basic blockchain-based contract for multiple transfers and for it being able to handle native JSON annotations. “We could put loads and loads of transfers in there and it’s also easy to make JavaScript calls—simple things like ‘send money to Billy and Greg’,” he said. 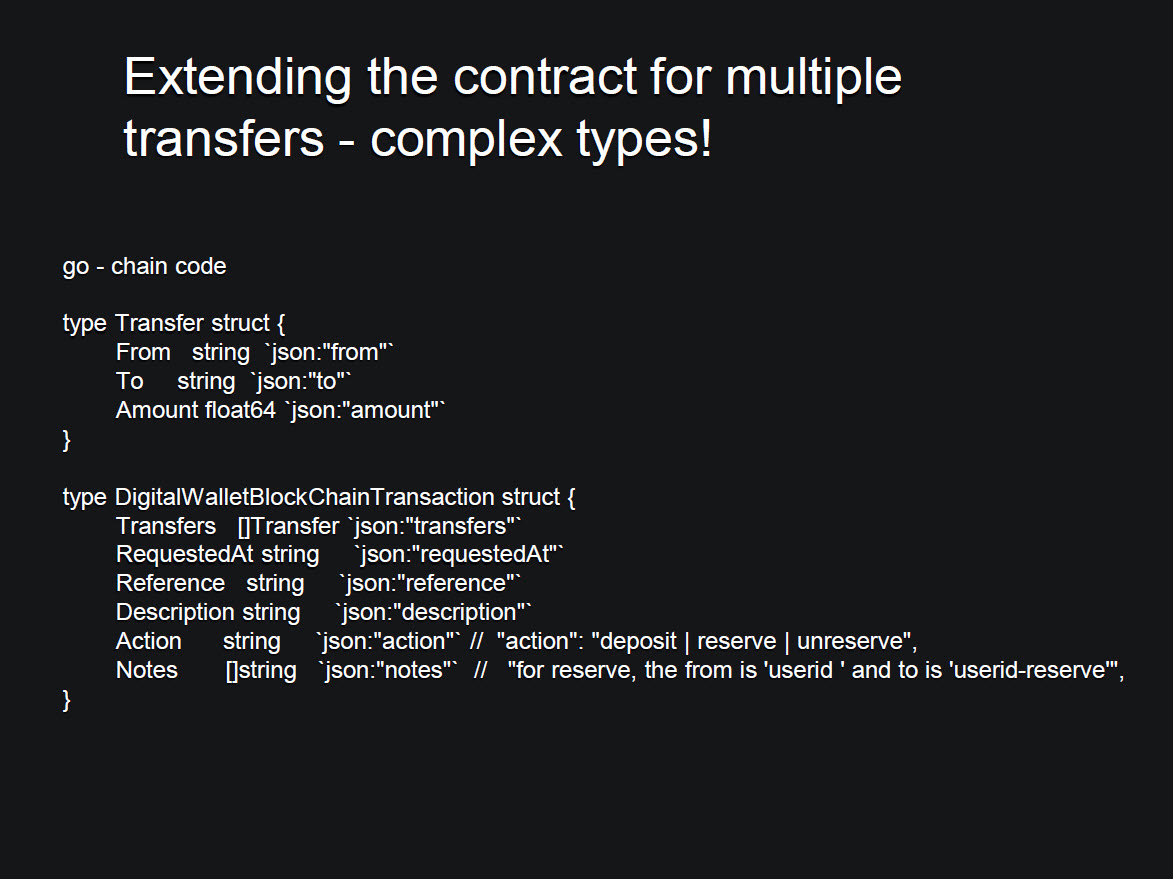 Mark also pronounced himself a fan of Hyperledger’s security for queries, noting “you can limit the info that people get back from their queries.” 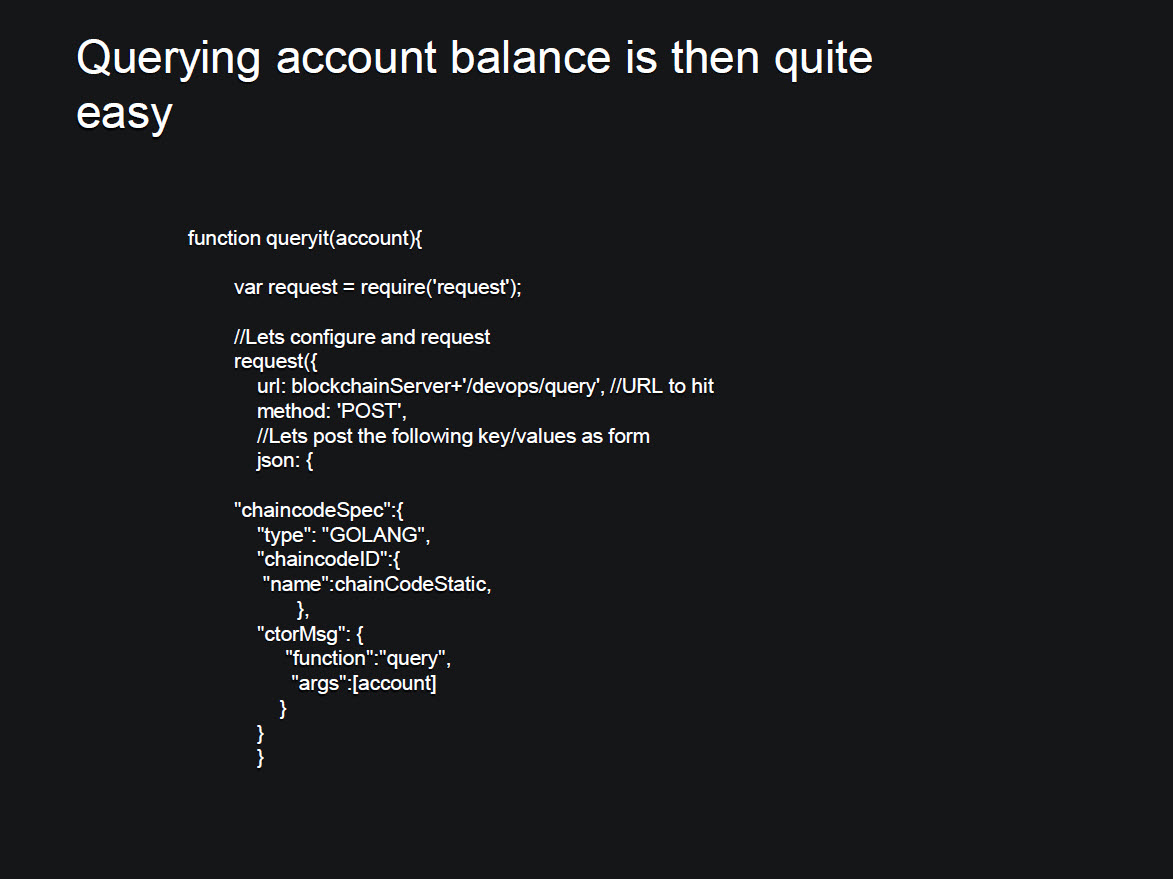 He’s less of a fan of the practice he’s seen of dumping blockchain data into a relational database, which he believes destroys the purpose of blockchain. “(By dumping data into a RDBMS) we now have two copies.”

“Maintaining a single version of the truth is a challenge with blockchain.”
—Mark Simpson, the Royal Bank of Scotland

Mark listed a number of lessons learned during the digital wallet exercise:

On this last point, Mark noted that “collaborating with one another involves different (foreign) languages and cultures, different programming languages, and different blockchain technologies being tested.”

Other big issues that cropped up included:

This last question seems the most relevant. Is the answer because the big players don’t see blockchain’s value beyond esoteric uses in cryptocurrencies or because they fear it more than anything else? 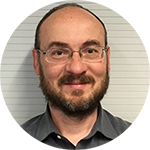 Mark Simpson currently works in the Innovation Engineering team at RBS. He has over 20 years of development experience in both retail and wholesale banking and has designed and built portfolio for trading, algorithmic trading, trade processing, and reference data systems. He has also worked on risk, cash management, clearing, and data distribution systems in RBS. Mark has been working with blockchain technologies since the beginning of 2016 and using them to build prototypes for use cases across the bank.

Blockchain Adoption: Industry Requirements and the Role of Prototypes
Next