by Alesia Bulanok and Alex KhizhniakMarch 29, 2017
Utilizing the eGovFrame development framework, the platform standardizes the efforts of the Korean software companies delivering nation-wide IT services.
Why read this?
Use Case for Cloud Foundry:

With eGovFrame and PaaS-TA, South Korea has managed to standardize delivery of e-government services, while optimizing development productivity and IT costs.

All stakeholders must be engaged, even if it takes time. Development and operational activities should run concurrently, in a dynamic environment with no margin for error. Providers of government services do not have the luxury of delivering flawed products or serving different segments of the population unequally.

South Korea has a population of 50 million people and is the 13th largest economy in the world (as of year 2016). Seven projects by South Korea’s government agencies have received UN public service awards. The most important of them are the Information Network Village (INVIL), designed to foster participation of the general public in policy-making, and the Minwon24 e-services.

Cloud Foundry as part of a digital government

South Korea has one of the world’s most advanced IT infrastructures. Its focus on technology has, no doubt, been an important factor in the nation’s socio-economic growth over the past few decades, as it transformed itself from a struggling, developing nation to one of the world’s more vibrant places. Thus, it is gratifying—and not surprising—to see the South Korean government embrace Cloud Foundry as part of its digital transformation.

Starting from March 2014, South Korea’s Ministry of Interior has collaborated with local software companies to deliver an open platform-as-a-service, known as PaaS-TA.The initiative was aimed at standardizing cloud software development efforts in the public sector.

The project team began with analyzing available open-source technologies and designing the platform’s architecture. In 2015, the collaboration partners proceeded with implementing the platform’s functionality, as well as delivering demos and gathering feedback. It was back then that the government—in the form of its Information Society Agency—decided to join the Cloud Foundry Foundation as a Silver Member.

In April 2016, the Ministry of Science, ICT, and Future Planning—together with the National Information Society Agency (NIA)—presented version 1.0 of the platform, with v2.0 released in February 2017. 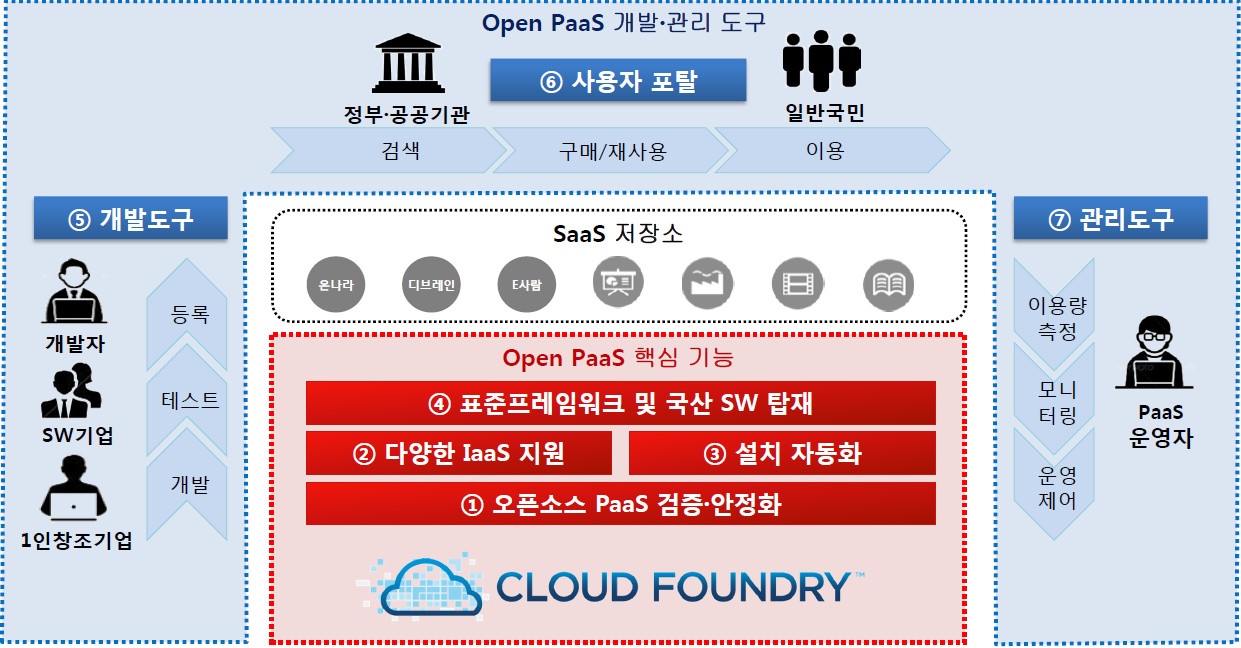 According to NIA, the platform’s name is a combination of two expressions: “Platform-as-a-Service” and “TA”—a colloquial expression meaning “Thank you.”

“As the introduction of a PaaS in the public sector is expected to become more active, the open platform will contribute to the development and operation of a next-generation e-business environment.” —Byung-jo Seo (서병조), Director of NIA

Prior to launching PaaS-TA, the Korean government had provided local vendors with the eGovFrame software development framework. The project had been launched in 2008, under the direction of South Korea’s National Information Society Agency (NIA) and the Ministry of Public Administration and Security (MOPAS).

A detailed paper on the topic defines a standardized framework for software development “as comprising a particular set of rules, design patterns, interfaces, libraries of modules and tools that facilitate software development, maintenance and reuse.” (The document involves Sojung Lucia Kim from NIA). 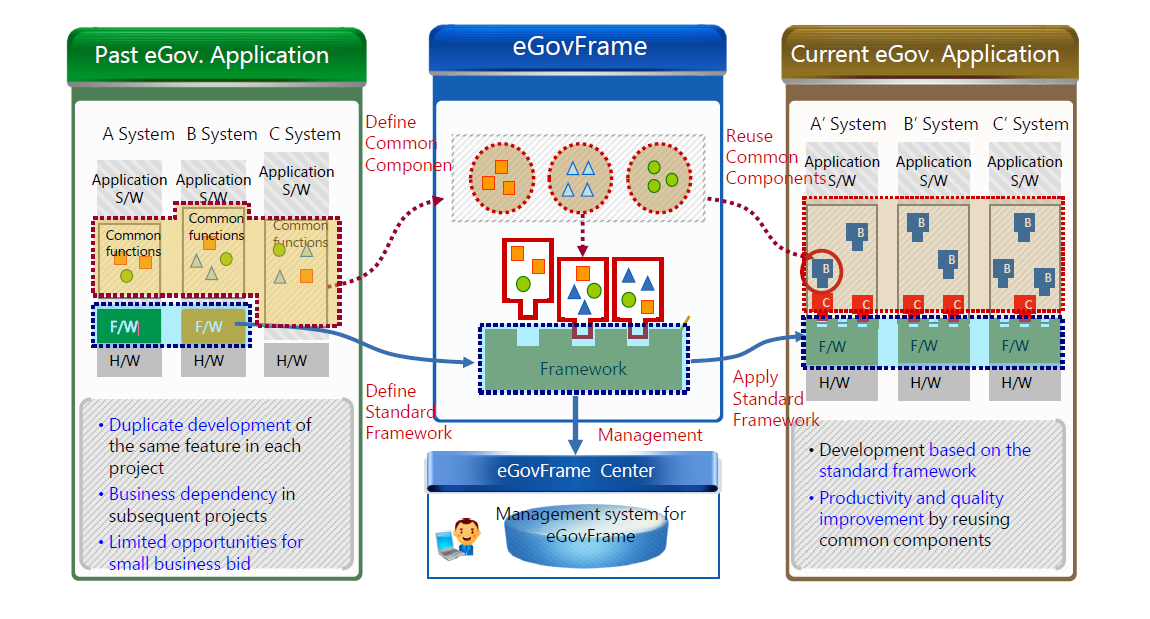 After several rounds of debate, it was suggested that most of the concerns could be mitigated “if all source code and the architecture were opened to all vendors,” the paper notes. However, the benefits of standardized collaboration outweighed the concerns.

“Specifically, a development framework enables software developers to develop quality software efficiently,” the authors write. In addition, standardization of source code and interfaces via eGovFrame has made it possible to achieve increased interoperability.

As of March 2017, the following results were achieved:

While private IT companies offered multiple poorly compatible solutions for the Korean government, this caused service providers to do a lot of redundant work. In addition, for an entity like a government, relying on applications from individual vendors using their private non-standard frameworks is an issue with serious implications—both in terms of reliability, scalability, and security of services. So, the lack of a standardized approach and a common software development platform was obvious and demanded attention.

With cloud technologies rapidly spreading around the globe and more national governments adopting them for delivery of public services, South Korea has taken a major step in the direction, too. Here’s where Cloud Foundry stepped in. NIA decided to integrate its existing eGovFrame framework (together with other development tools) into an Open Platform-as-a-Service (Paas-TA)—based on Cloud Foundry—to enable standardized cloud-native development.

The integration of eGovFrame and Cloud Foundry featured: 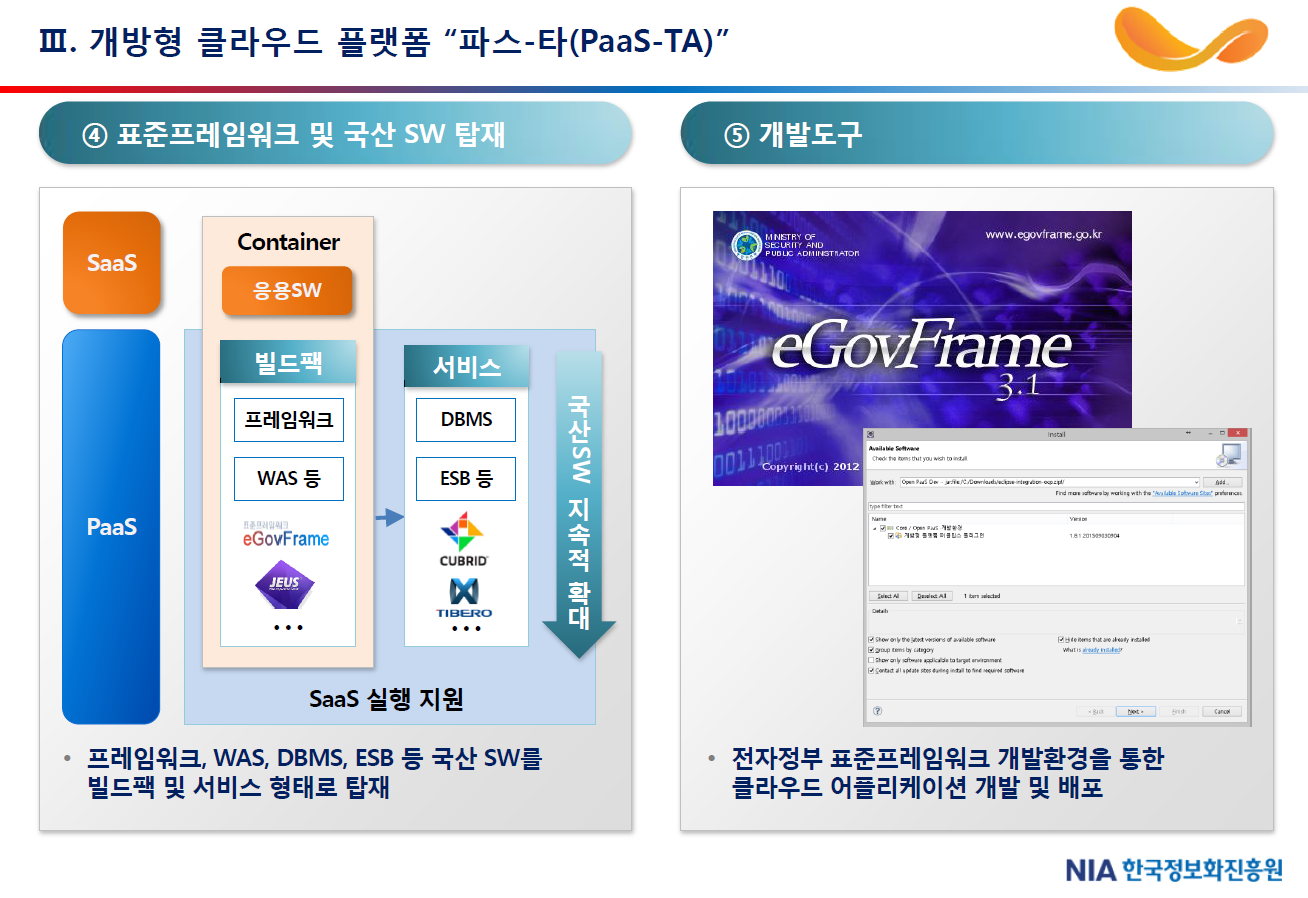 eGovFrame and other software within an open PaaS installation (Source)

Working on the eGovFrame project, its developers have identified six “actionable practices” as listed below. Although the practices were born prior to appearance of PaaS-TA, they seem to work well for any other open platform-as-a-service. 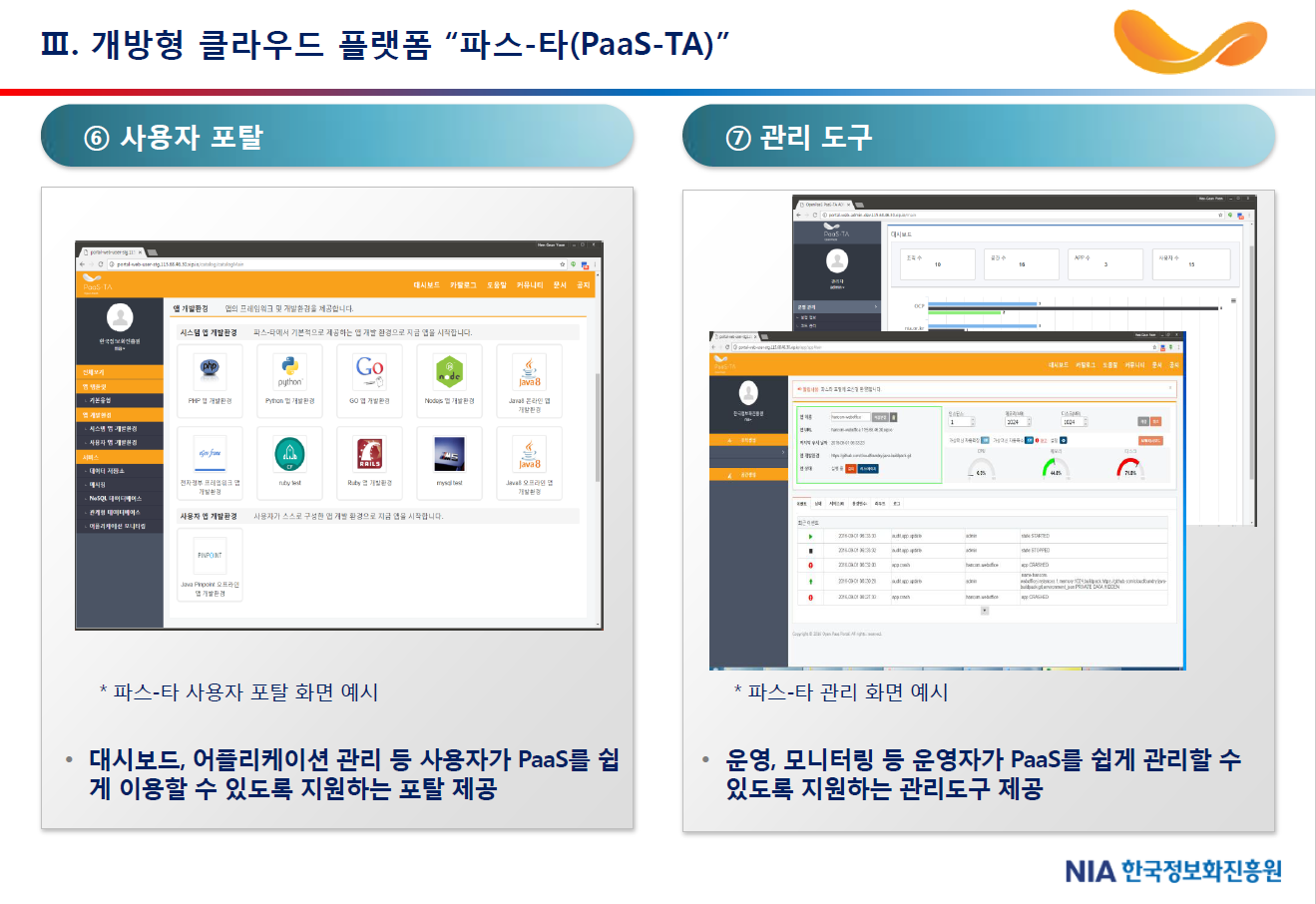 The framework continues to progress through a program of continuous improvement, according to the paper’s authors.

For documentation on the PaaS-TA project, visit its official GitHub repository.

The post is written by Alesia Bulanok and Alex Khizhnyak with the assistance of Roger Strukhoff.