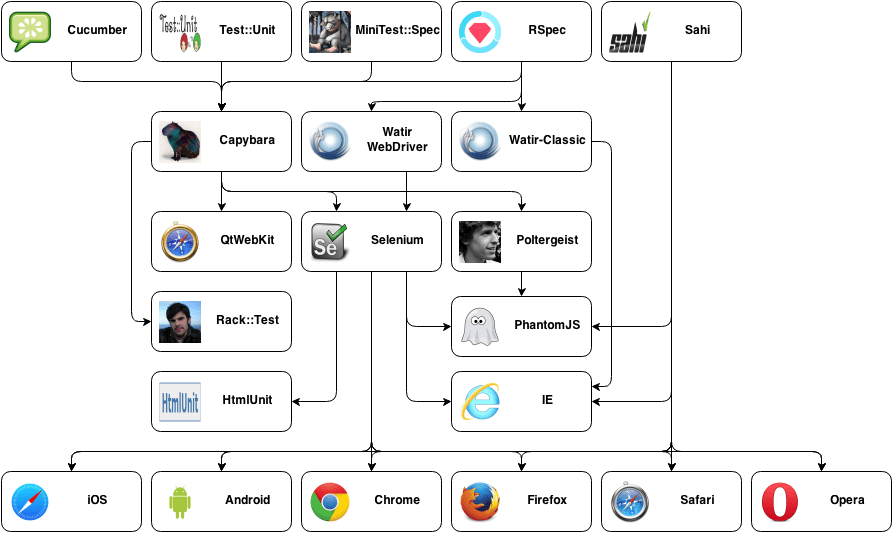 by Eugene MelnikovJune 29, 2014
This blog post overviews how the technology stack across Ruby integration tooling has changed over 2010–2014.

Hi colleagues. Over the past four years, the world of tools for integration testing has been changed a lot. In 2010, the technology stack looked like shown below. 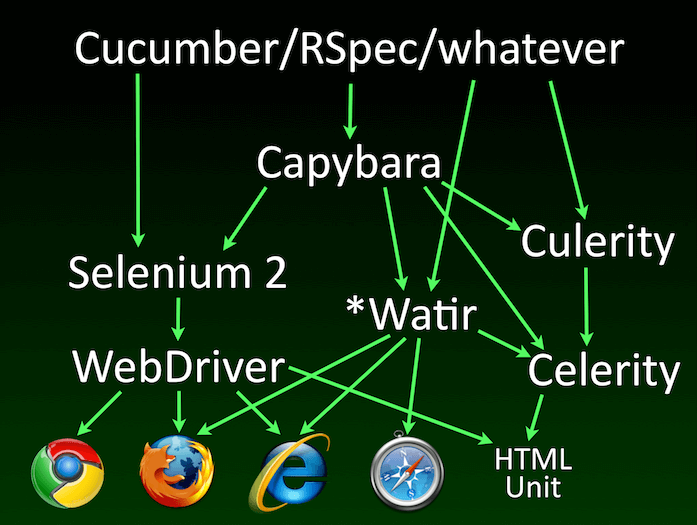 In 2014, the scene has changed, and new tooling came into the view.

Hope it helped to eliminate mess in your head. Feel free to comment if there is any discrepancy.

In addition, I’d like to introduce a performance comparison of some combinations.

capybara-racktest is the fastest combination, but it doesn’t support JavaScript. Consider capybara-poltergeist-phantomjs and capybara-webkit combinations for your application.

P.S. Sahi is really buggy and has poor ruby support. Don’t spend time on it.

You can find source code of the tests in this GitHub repo.

Things that I Hate as a Web Developer
Read More
192

How to Install OpenStack and Cloud Foundry on HP Moonshot
CATEGORIES