by Ilya DrabeniaSeptember 6, 2016
Learn how to build an IoT-based system—automating management, monitoring health, and gathering statistics of greenhouse farms—in 48 hours.

In the agriculture industry, the Internet of Things helps to build smart farming systems. Using information from sensors and machinery, such solutions enable farmers to optimize their decisions and overcome many challenges they face.

With proper technologies and expertise at your disposal, these systems can be created in a very reasonable amount of time. Here are the details about the prototype of an automation system for greenhouse farming that we managed to create in 48 hours—employing Raspberry Pi 3, an I2C light sensor, Node.js, and GE Predix.

Description of the prototype

The problem we wanted to address by implementing this prototype was the automation of greenhouse farm management. On the market today, you will hardly find a platform that provides complex management for industrial greenhouse farms.

With such a solution available, it is possible to integrate all automation applications into one system that manages farms as a whole and optimizes resource utilization across the greenhouses.

We included the following functionality in our platform:

The prototype was first presented at the Cloud Foundry Summit 2016 in Santa Clara, CA.

To assemble edge devices, we used: 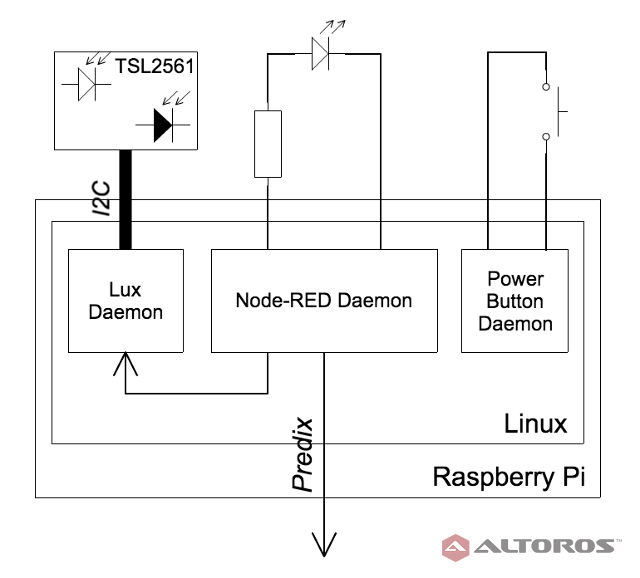 The TSL2561 sensor was connected to the power and I2C pins of Raspberry Pi on the breadboard (see Figure 1).

The LED was connected to one of the programmable pins set to logic 1 (3.3 V) by default and to a 5 V power source. Switching this pin to logic 0 (0 V, GRND) allows us to deliver 5 V to the LED and increase the power of its flash. Also, the push button was made to gracefully shut down the device. 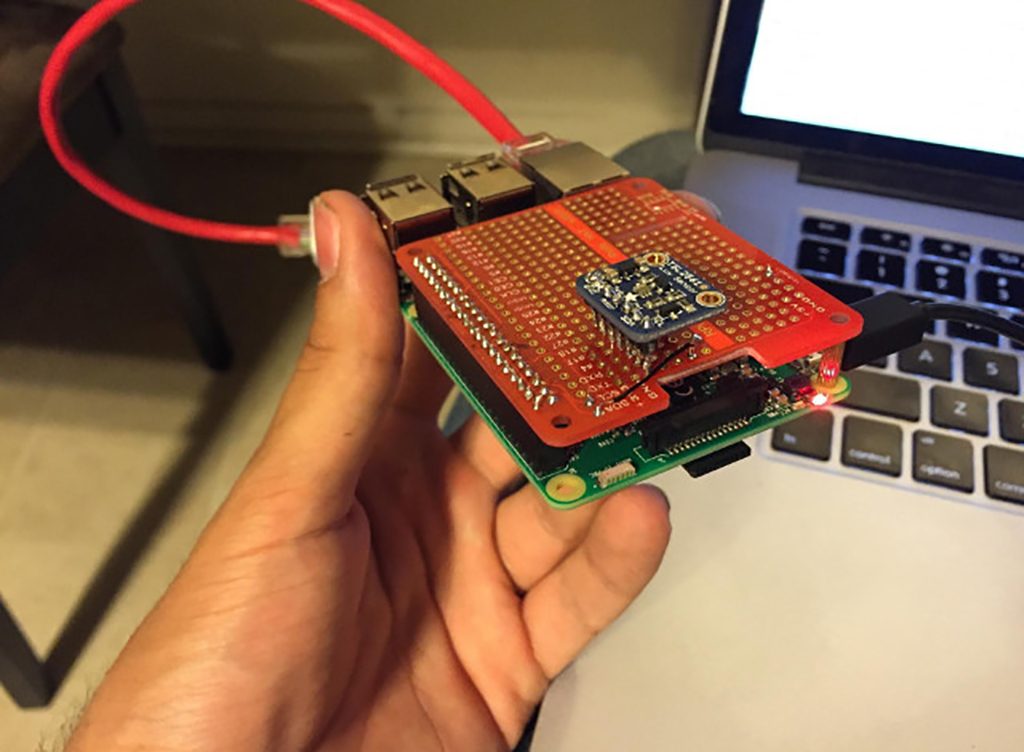 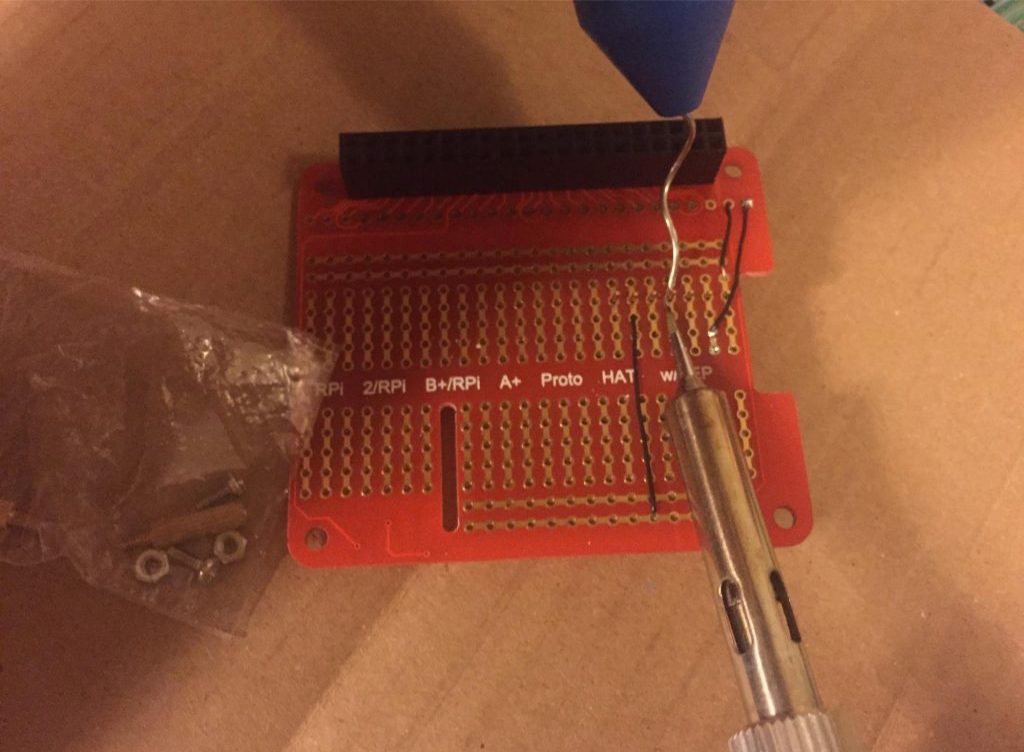 Figure 3. Soldering components to the breadboard 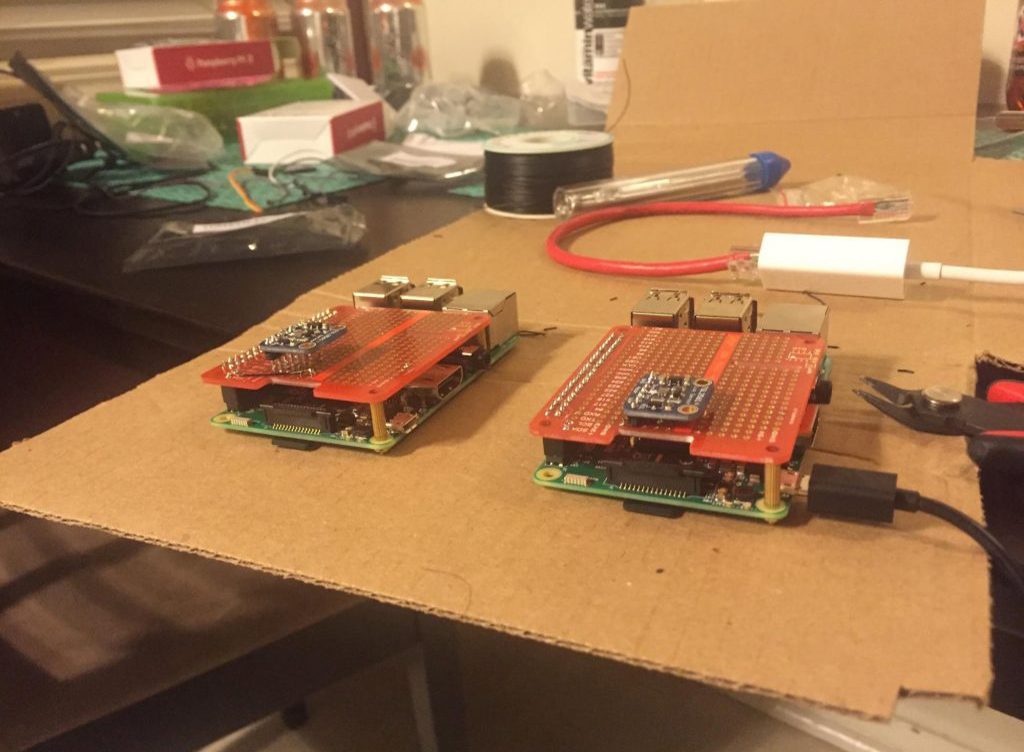 Let’s move on to the software required to make the devices work. Using the architectural principles of Linux systems, our application can be split into a set of daemons. Each daemon is responsible for only one role in the system:

For the cloud part of our system, we developed a microservice-based application—to accelerate its implementation. Each of the components can now be easily combined from a set of ready-to-use services in Predix. (Below is a high-level architecture of the application deployment.) 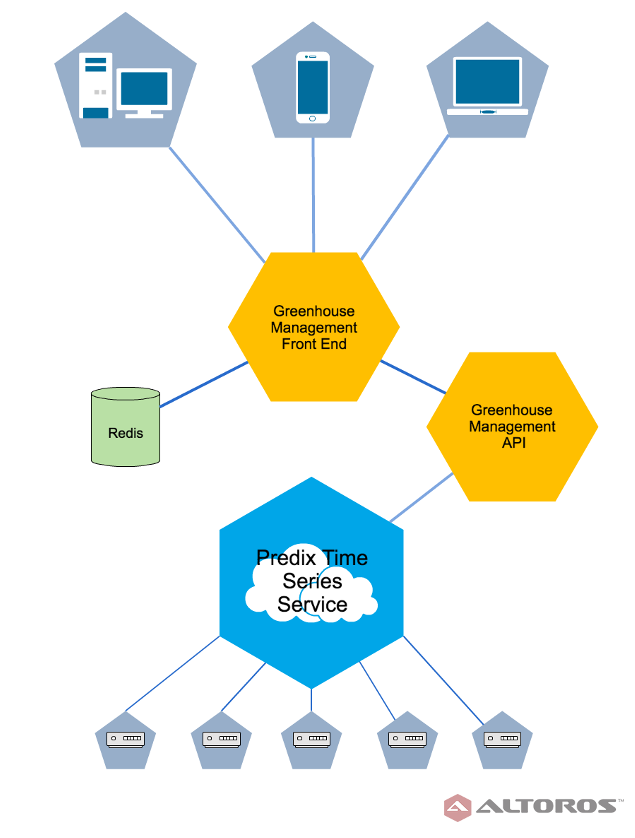 The app consisted of two services:

The main difficulties we encountered while creating our greenhouse management system were related to the integration of the TSL2561 component (light sensor) with Raspberry Pi using I2C. 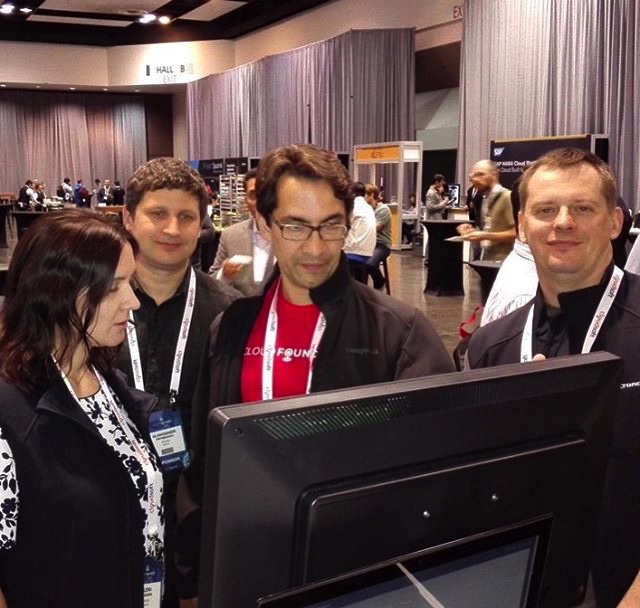 Figure 12. Demonstrating the prototype to Sam Ramji during the Cloud Foundry Summit 2016

At the same time, we found out that Node-RED is a rather good fit for making prototypes on both sides: on edge and for a cloud-based implementation of the back end. The stability of Predix and its services was sufficient for prototyping. However, for production development, it would be great to wait until Predix becomes even more reliable.

When working with the Predix Time Series service, there were several significant delays between the data ingestion and the time when it was ready to be read on some workloads. We think that the platform stability might be the reason, and this behavior will be improved in the future.

This prototype was created by my colleague Igor Razhnov and me. Let us know if you want a demo or need assistance in creating a similar prototype in 48 hours.

The post was written by Ilya Drabenia and edited by Viktoria Fedzkovich.

Under-the-Hood Mechanisms of Neural Networks with TensorFlow
Next