Known for its premium and sport cars, Porsche was founded back in 1931. Having 32,300+ employees, it sold 256,255 cars in 2018 alone, generating $25.8 billion in revenue. Today, the company is investing heavily into emerging technologies, such as blockchain and artificial intelligence (AI), looking for new solutions that can improve customer experience for car owners and can secure data processing.

Earlier, we covered how blockchain can be applied to the automotive industry across various scenarios—from manufacturing to security to insurance.

As Porsche works with huge volumes of vehicle data, there is a pressing need for the company to have efficient solutions for securing and storing it. Bearing this idea in mind, Porsche is experimenting with blockchain, as well, to ensure such an approach.

Vehicle history on a blockchain

Today, the strategic investment portfolio of Porsche includes over 50 startups. One of them is Gapless, a German company that builds blockchain-based solutions for secure encryption of data records. The startup was founded in September 2018 and is actively growing.

Gapless offers drivers an opportunity to digitally manage all the information about all their cars, including those previously owned. This may include the entire history of vehicles with photos and attached documents for each of their cars. Another useful feature is managing appointments (e.g., with a garage service), getting notifications about these, and storing the history of visits on a personal timeline. 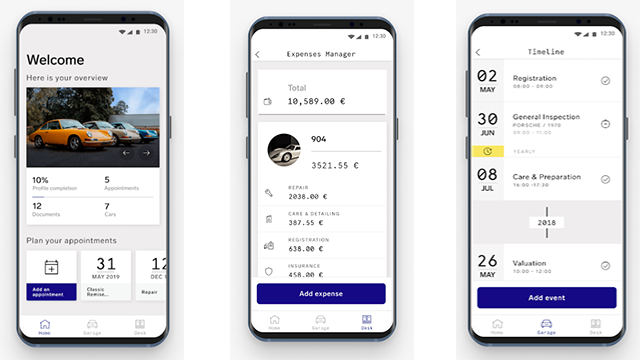 The data is recorded on a blockchain and, therefore, can be automatically verified and trusted by third parties—due to the technology’s immutability.

Gapless is also building an ecosystem of third-party vendors around the product, which opens the doors for its use by car dealers, body shops, insurance companies, etc.

In January 2019, Porsche introduced a blockchain-based prototype for parking payments. The idea of the solution is based on the lack of a single trusted party during the payment process.

The work on the project has been carried out by Tiziana Vicino and Matthias Hub of Porsche’s development team together with Quantoz, a Dutch blockchain specialist, and Matthias Falkenberg, a Munich Area–based consultant. The main goal of the prototype was to make the process of paying a parking fee easier and faster for drivers, ensuring the adoption of a cashless economy across the automotive industry.

The solution was built using the Quasar platform, a blockchain ledger from Quantoz with a compliance layer on top of it. The validation of each transaction there is conducted in accordance with a set of rules to be specified with the Quasar Business Intelligence Center (QuBIC). Owing to QuBIC, users can come up with their own types of wallets (connected to a bank or a service provider or freely created) and add their rules for sending / receiving payments, as well as creating child accounts. 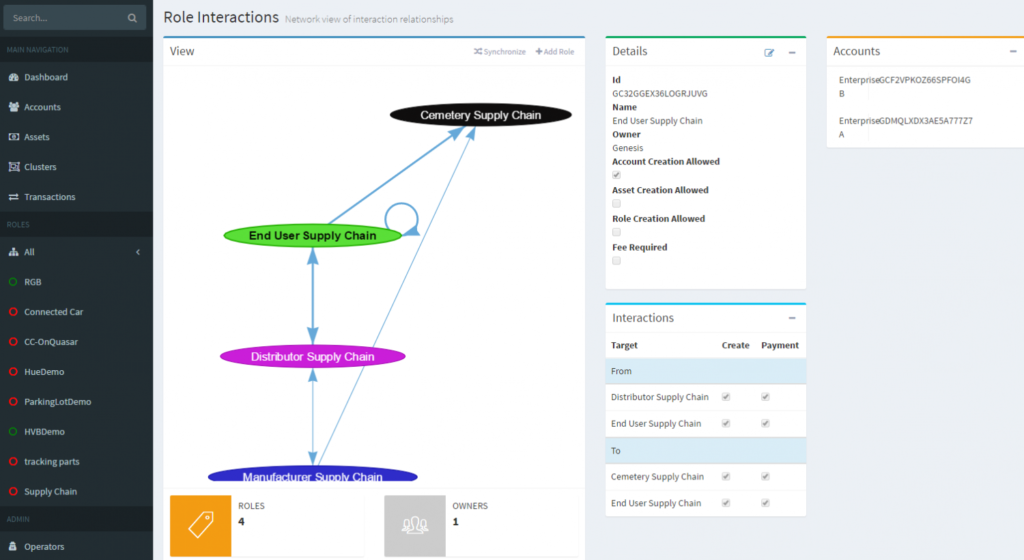 For drivers, the process is triggered via RFID cards identified at the entrance gateways when coming to the parking lot and leaving it. After that, the data is sent to the car park terminal.

The fee is calculated automatically and then paid via a virtual blockchain wallet designated by a user. In such a system, Porsche acts as an intermediary that collects the money from customers and transfers them to the parking authority on behalf of drivers. Here, blockchain ensures the privacy of the transferred data.

“We decided on the Stellar blockchain protocol, which can handle 1,000 transactions per second. This was more than enough to bill for parking tickets in the context of our evaluation of the blockchain technology.” —Matthias Falkenberg

The proof of concept has been implemented within two weeks.

Within its innovation strategy for 2025, Porsche launched a series of hackathons aimed at finding promising startups and projects.

At one of these events in mid-2017, the company spotted XAIN, a mobility platform/protocol that can store sensor data on a blockchain network and enable secure interaction between mobile devices and machines.

In 2018, Porsche announced a successful implementation of their pilot research project with XAIN, which was carried out within 3 months. It was revealed that the blockchain implementation had been tested within Porsche Panamera using XAIN’s “eXpandable AI network.”

The architecture of the pilot project includes three main types of smart contracts that store different types of data:

The blockchain network is implemented on AWS, copmbining three categories of nodes:

(Here, mining is the process of adding transactions to the existing blockchain ledger distributed among all the users of a blockchain.) 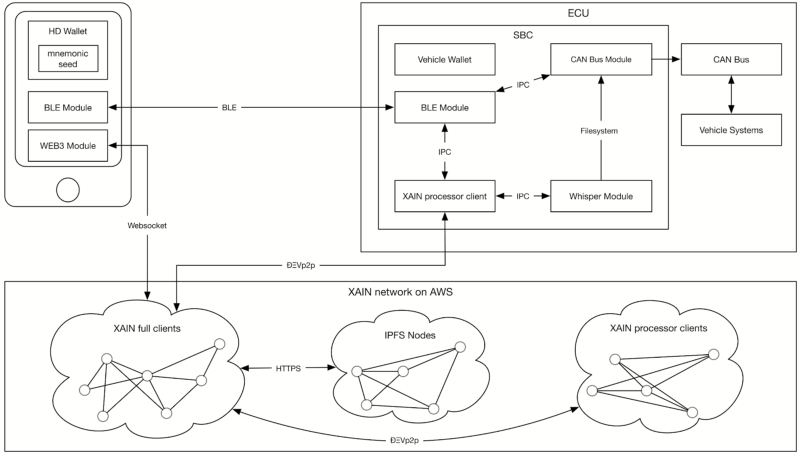 The architecture of the XAIN-Porsche system (Image credit)

The XAIN protocol is integrated with the Ethereum Virtual Machine (EVM), while the Solidity language is used for smart contracts. For the interaction between the clients of the network, Ethereum’s ÐΞVp2p Wire Protocol is employed, which allows them not to store the entire blockchain, but still participate in the network operations.

The interaction with a vehicle is organized via a smartphone app, which, as well as a vehicle, contains an HD wallet with encrypted private keys. The app also features a Bluetooth Low Energy (BLE) module for connecting with the car, and a Web3 module that ensures interaction with XAIN’s Processors or Dataloggers, as well as enables the transmission of signed transactions.

There are private keys of two types for both vehicles and users. While Type1 is applied to encrypted communication via BLE, Type2 is used for signing transactions and messages.

All the processes performed by the network are possible thanks to the Practical Proof of Kernel Work (PPoKW)—an energy-optimized consensus algorithm, working in electronic control units (ECU) of the cars.

At Hyperledger Global Summit 2018 and the Distributed Intelligent Systems for Mobility conference, Nick de la Forge of XAIN shared the details of the implementation.

“Proof of Kernel Work is a slimmed-down version of Proof of Work. It is basically selecting a small committee before the mining. This committee is doing the actual work, and you don’t need the entire network to participate, but only a small portion of the network, while keeping the same aspects of security.” —Nick de la Forge, XAIN 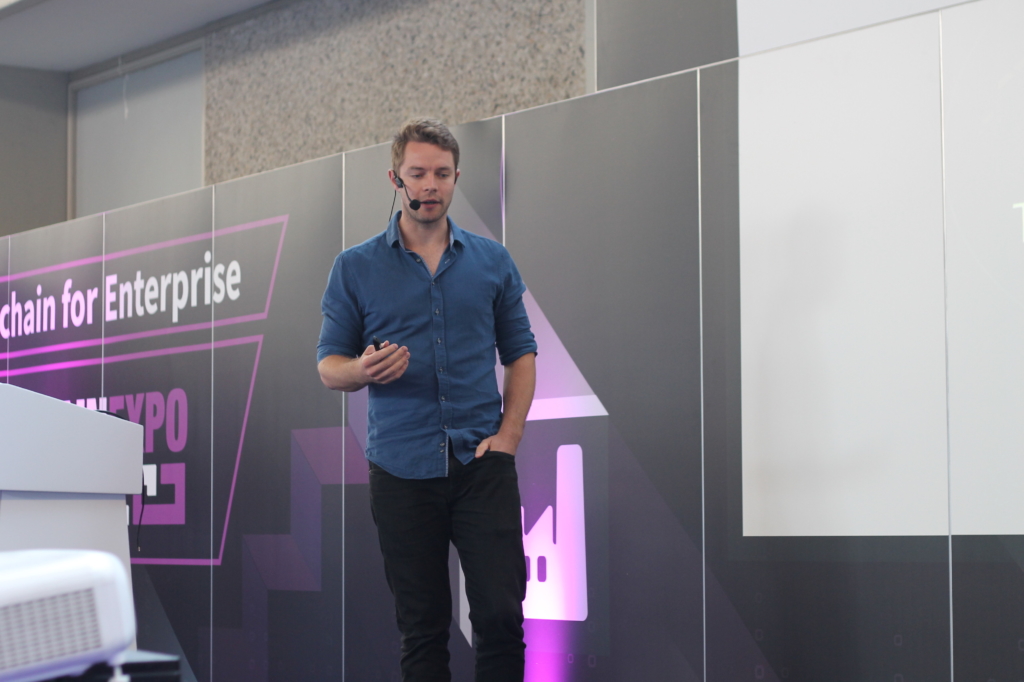 As suggested by XAIN, the solution developed together with Porche can be applied across a range of scenarios:

In the upcoming years, Porsche is planning to test a serialized production of blockchain-powered vehicles and to find new areas where blockchain could bring improvements.

According to Claudio Weck of Porsche, blockchain could be applied to managing not only payments and vehicle history data, but many other types of information. He pointed out that possible use cases may include tracking CO2 emission levels and supply chain details, such as provenance of car parts or vehicles themselves.

“Supply chain is a very interesting thing for us, too, where we track all parts from an origin to the end product. It’s important for the transparency and corporate social responsibility.” —Claudio Weck, Porsche

Moreover, there is one more capability of blockchain that can shape the future of the automotive industry. Today, many companies are doing their best to introduce autonomous driving at a wide scale. While the concept is based on AI, there is a high demand for reliable data that self-driving algorithms can use. And, namely, blockchain can be implemented for storing and securely transferring this information.

Being part of the Volkswagen Group, Porsche engineers are also among 300 experts across all the alliance’s brands who exchange ideas on how blockchain can improve the automotive industry. For instance, one of the possible scenarios under investigation is protecting odometer data, which is sensitive to fraud.

The challenge right now is to put all these ideas into life, improving drivers’ experience on the roads.

In this video, Nick de la Forge of XAIN and Claudio Weck of Porsche are speaking about the potential of blockchain for the automotive industry.

Nick de la Forge is Business Development Manager at XAIN AG. He is an industrial engineer with a focus on automotive technologies. Nick has been working with blockchain since early 2017.

Claudio Weck is Blockchain Architect at the Porsche Digital Lab. He came to Porsche in 2015. Claudio serves as an architect, a researcher, and a developer working with distributed ledgers / blockchain and artificial intelligence.

The post was written by Alex Khizhniak and Julia Sakovich, published by Sophia Turol.