by Vladimir StarostenkovJune 1, 2016
The study embodies the performance test results of a sharded MongoDB cluster over NetApp E-Series E5600 under the three scenarios.

NetApp, a provider of high-performing data storage systems, has been working on adjusting its offerings to the requirements of NoSQL databases,such as MongoDB. As a result, the company now offers two MongoDB-certified flash storage solutions. Altoros joined the effort to evaluate these products.

This blog post reveals some of the performance results for the MongoDB integrated architecture deployed to NetApp E-Series.

Overview of the tested scenarios

The examined system design employs a highly effective and scalable MongoDB cluster empowered with the additional storage reliability provided by E-Series. The results shed light on both performance and recovery after a disk failure. A sharded MongoDB cluster over NetApp E-Series E5600 was tested under the following scenarios.

The new SSD Read Cache feature was the most promising to the NoSQL team at Altoros, since it serves as a candidate to improve HDD-backed deployment performance close to the one observed for the all-SSD configuration. The diagram below demonstrates some of the results. 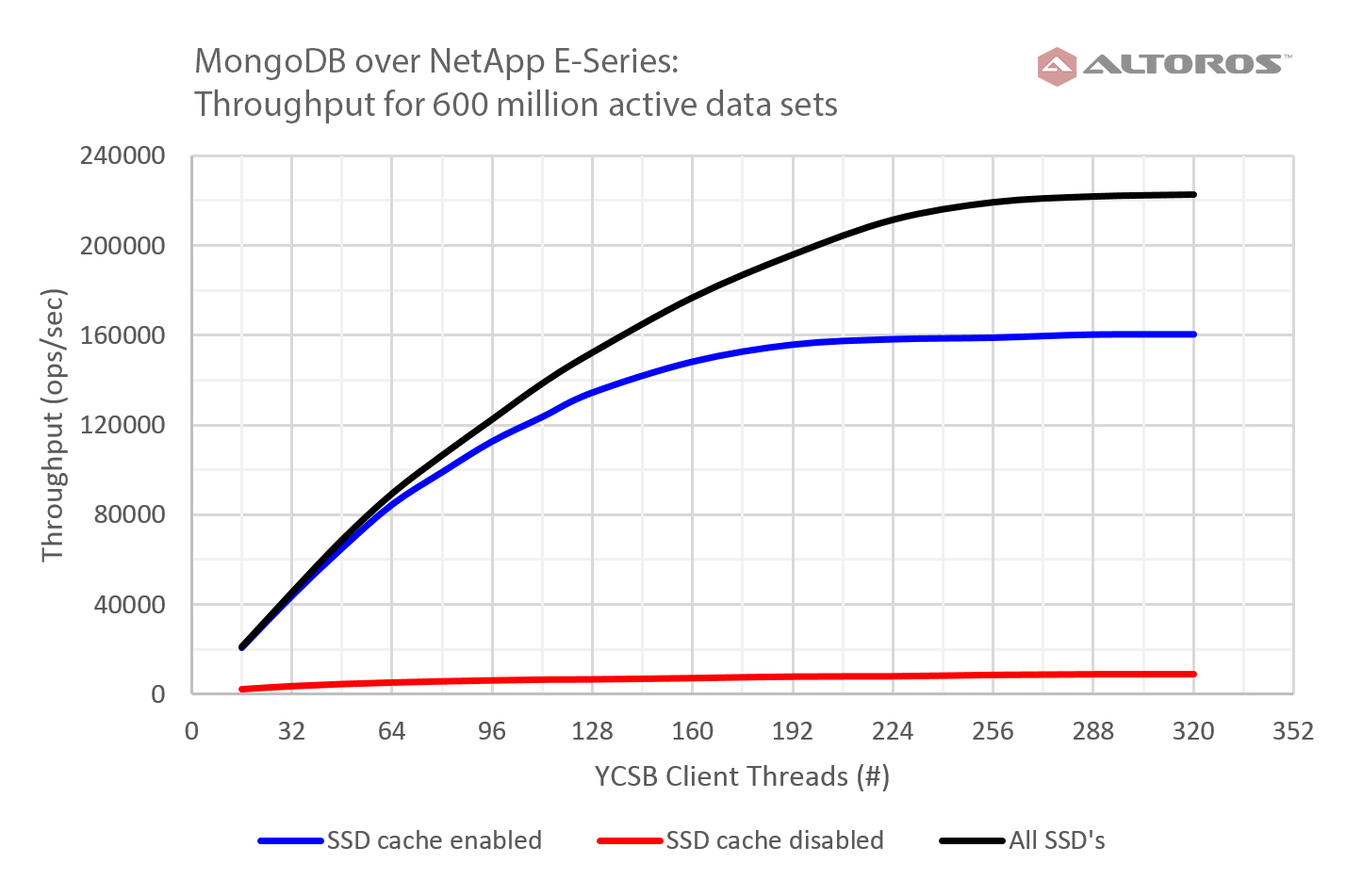 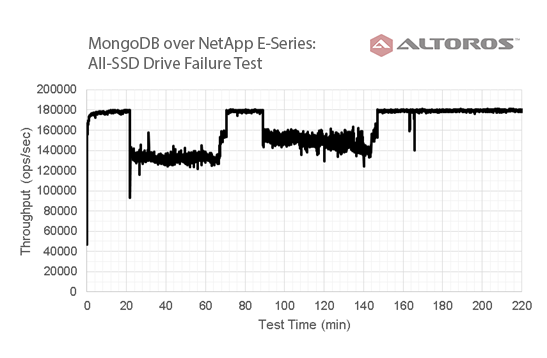 This way, when implemented for high-load MongoDB deployments, NetApp E-Series outranks direct-access storages against a number of criteria. One of the main advantages is the opportunity to use a regular HDD storage armed with an SSD-based cache. In addition to low latencies and high throughput, the NetApp E-Series integrated architecture for MongoDB provides rapid rebuild after disk failures and other operational advantages.

For the result of performance tests, check out this 25-page technical report.

Vladimir Starostenkov is a Senior R&D Engineer at Altoros. He is focused on implementing complex software architectures, including data-intensive systems and Hadoop-driven apps. Having background in computer science, Vladimir is passionate about artificial intelligence and machine learning algorithms. His NoSQL and Hadoop studies were published in NetworkWorld, CIO.com, and other industry media.

Top 100 Quotes from the Cloud Foundry Summit 2016
Next