A A A
Home page » News/Opinion » A Comparison of Redis Cloud, ElastiCache, openredis, RedisGreen, Redis To Go
Contents
899
0 Comments 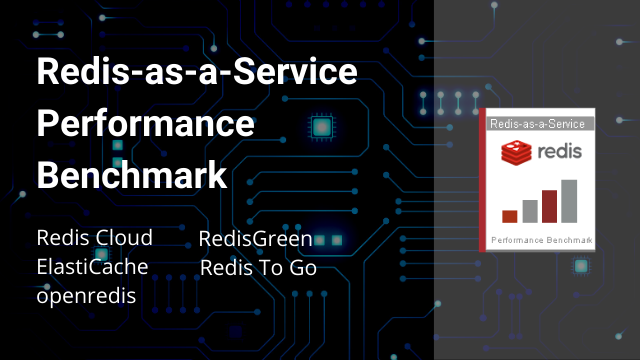 by Vladimir StarostenkovJanuary 27, 2015
The study evaluates the behavior of six major Redis-as-a-service providers under three scenarios.

In most performance comparisons, Redis—an open-source key-value cache/store—is mainly treated as a caching-only solution. Others are only focused on a single provider. However, customers are interested in the deeper utilization of built-in data types and server-side operations. In production, you may have several loads that query your database simultaneously—with different types of tasks.

Altoros announced the study that evaluates Redis performance in more complicated conditions. It combines two different types of queries, both simple and complex, generated concurrently. In this blog post, we share some of the main findings.

We compared the following Redis-as-a-service offerings available on Amazon AWS.

Using a single AWS EC2 instance, each vendor provided the best-performing Redis-as-a-service (RaaS) plan. All of the server instances were located in the same region as the benchmarking client.

Workload scenarios in use

The simple workload was compiled from the SET/GET operations in the proportion of 1:1 and utilized different pipeline sizes (4 and 50).

The complex workload comprised of the ZUNIONSTORE operations on four sorted sets. Within this scenario, an increased number of client threads consequently increased the number of requests for Redis to process, evaluating scalability of the RaaS solutions.

The combined workload imitated a real-life use case, where Redis-as-a-service providers, running concurrently, were benchmarked under CRUD operations and server-side operations on built-in data types.

The differences between the RaaS solutions were most clearly demonstrated during the combined scenario, when launching simple and complex workloads synchronously. Besides, as the number of threads was increasing, some intriguing findings were discovered in the behavior of simple and complex operations. The results are seen in the pictures below. 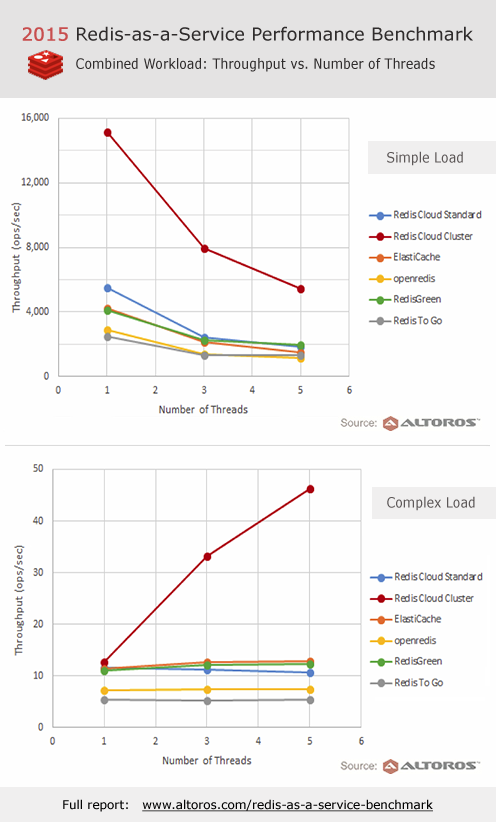 The performance benchmark under the combined workload

The main insights based on the performance results of the combined workload:

For more results with performance diagrams and tables on exact latencies and throughput data, check out the full version of this Redis-as-a-service benchmark.

The post is written by Vladimir Starostenkov with assistance from Alex Khizhniak.

Vladimir Starostenkov is a Senior R&D Engineer at Altoros. He is focused on implementing complex software architectures, including data-intensive systems and Hadoop-driven apps. Having background in computer science, Vladimir is passionate about artificial intelligence and machine learning algorithms. His NoSQL and Hadoop studies were published in NetworkWorld, CIO.com, and other industry media.

Deploying Hadoop with Docker: Why, When, and Lessons Learned
Next