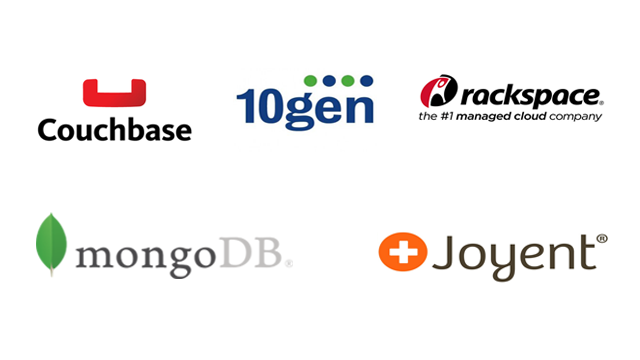 by Konstantin IlchenkoJuly 25, 2013
This month's news cover a new development standard from IBM and 10gen, the release of Couchbase Server 2.1, the upcoming NoSQL Now! conference, etc.

Learn what’s new in the field of NoSQL systems from our news review for June 2013. A brief summary of NoSQL updates is listed below.

To learn the details, procceed with our recap of the news.

IBM partnered with 10gen to create a new development standard based on MongoDB’s query language, MongoDB’s API, and BSON. The standard will enable developers to exchange data between MongoDB-based mobile apps and enterprise software. The new functionality will be implemented in IBM’s DB2 and the WebSphere eXtreme Scale data grid platform by the end of this summer.

Having acquired ObjectRocket, a MongoDB database-as-a-service provider, in February, Rackspace now offers hosted MongoDB on its own infrastructure. The new service based on ObjectRocket’s automation platform simplifies configuration/tuning, and provides numerous features for easy deployment and management of MongoDB in the cloud.

The organizers of 2013 NoSQL Now! have named the keynote speakers for the conference that will be held on August 20–22 in San Jose, CA. This year, the event will feature both technology pioneers and industry leaders: Netflix, 10gen, MapR, DataStax, Neo, Couchbase, Microsoft, Oracle, and others. Our CEO together with cloud provider Joyent will also present a session called “How to Increase Performance of Your Hadoop Cluster by 30%: a Case Study on Optimizing a 100-node Hadoop Cluster.” See you there!

CEO of 10gen enumerated five reasons responsible for the shift from traditional to document-oriented databases. Apart from that, Mr. Schireson shared his opinion on the “database shakedown” and mentioned the main obstacles for NoSQL adoption within organizations.

The way NoSQL and Hadoop have changed the database landscape

GigaOM, a popular technology magazine, also published an article about the recent trends in the database industry. Several years ago, NoSQL solutions were mostly adopted by web companies, but now, they are used by Disney, MetLife, Comcast, Orbitz, and other enterprises. Today, the capabilities of Hadoop stretch beyond simple MapReduce tasks and embrace interactive queries, enterprise search, and stream processing. According to the author, although open-source solutions have already occupied a large chunk of the market, large DB companies, such as Oracle or IBM, are definitely not going out of business.

This is all the NoSQL news for now. Stay tuned for other updates from our R&D team.

Konstantin Ilchenko is Ruby Developer at Altoros with 7+ years of experience in developing web applications. He has vast expertise in building gambling, SaaS, and billing applications. Konstantin is proficient in Ruby, as well as Agile and Scrum methodologies. In addition, he is an enthusiatic contributor to multiple open-source projects.

The post was written by Konstantin Ilchenko and edited by Alex Khizhniak.

Can Japan Win Over COVID-19 with Technology, Automation, and Telemedicine?
Read More
709